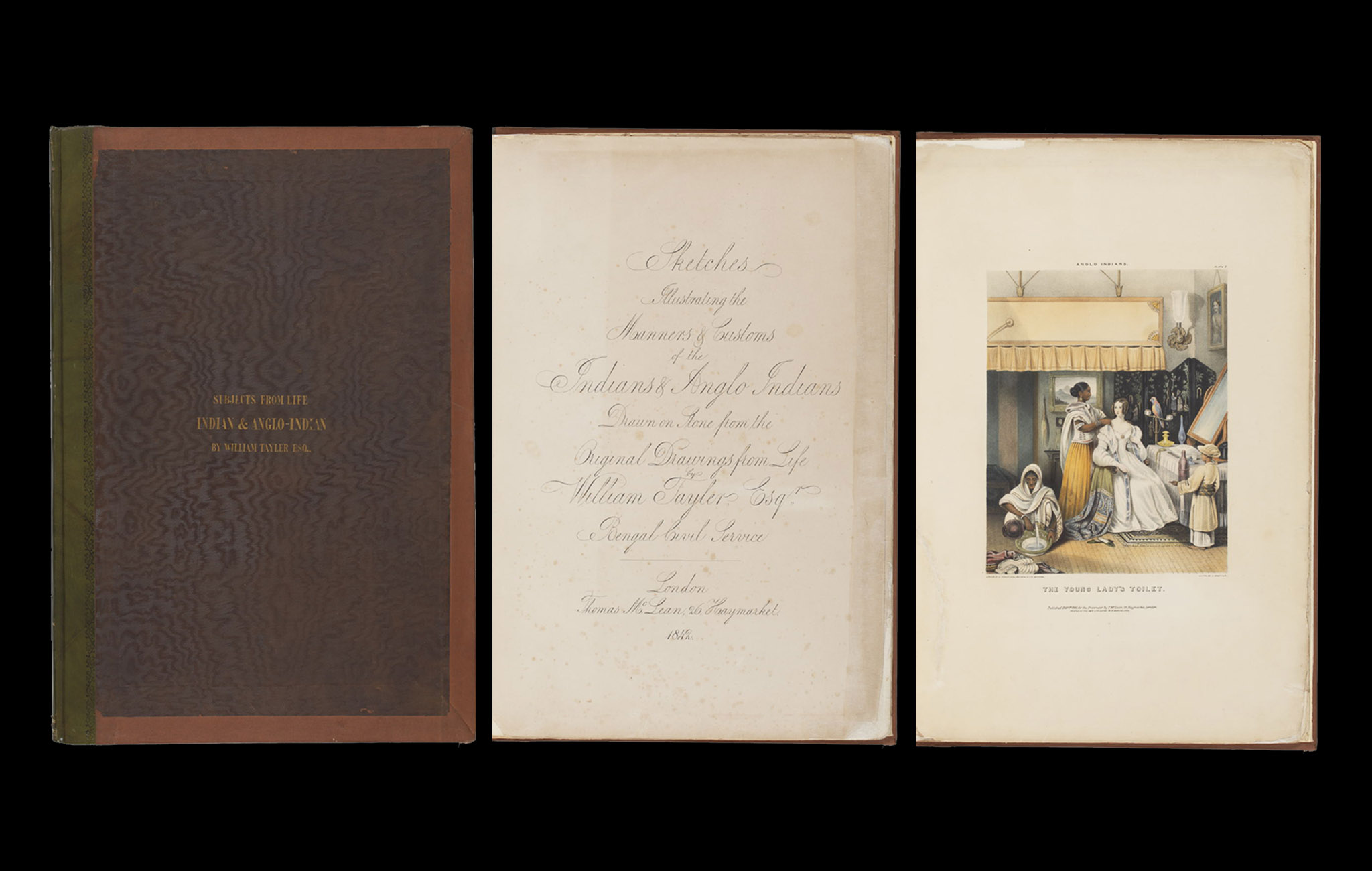 ‘Sketches illustrating the manner of customs of Indians and Anglo Indians drawn on stone from the original drawings from life by William Tayler esq.’ is a collection of six lithographs published in London in 1842.

It portrays the luxurious everyday lives of Anglo-Indians in great detail while also depicting aspects of Bengali village life. It was written and drawn by William Tayler (1808-92), a civil servant with the East India Company who lived in the subcontinent from 1829-67. He held the post of Assistant to the Commissioner of Cuttack in 1830 and became the Commissioner of Patna in 1855.

William Tayler was an amateur artist, a talented portraitist and caricaturist – skills through which he is said to have acquired both friends and enemies. Tayler’s actions against the locals during the 1857 mutiny, regarded as harsh by his superiors, brought on his early retirement in 1859. He wrote an autobiographical account of his time in India titled, ‘Thirty eight years in India,’ which he published in two volumes in 1881-82.

To read more on colonial artists in Calcutta, click here

Sketches Illustrating the Manners & Customs of the Indians & Anglo Indians