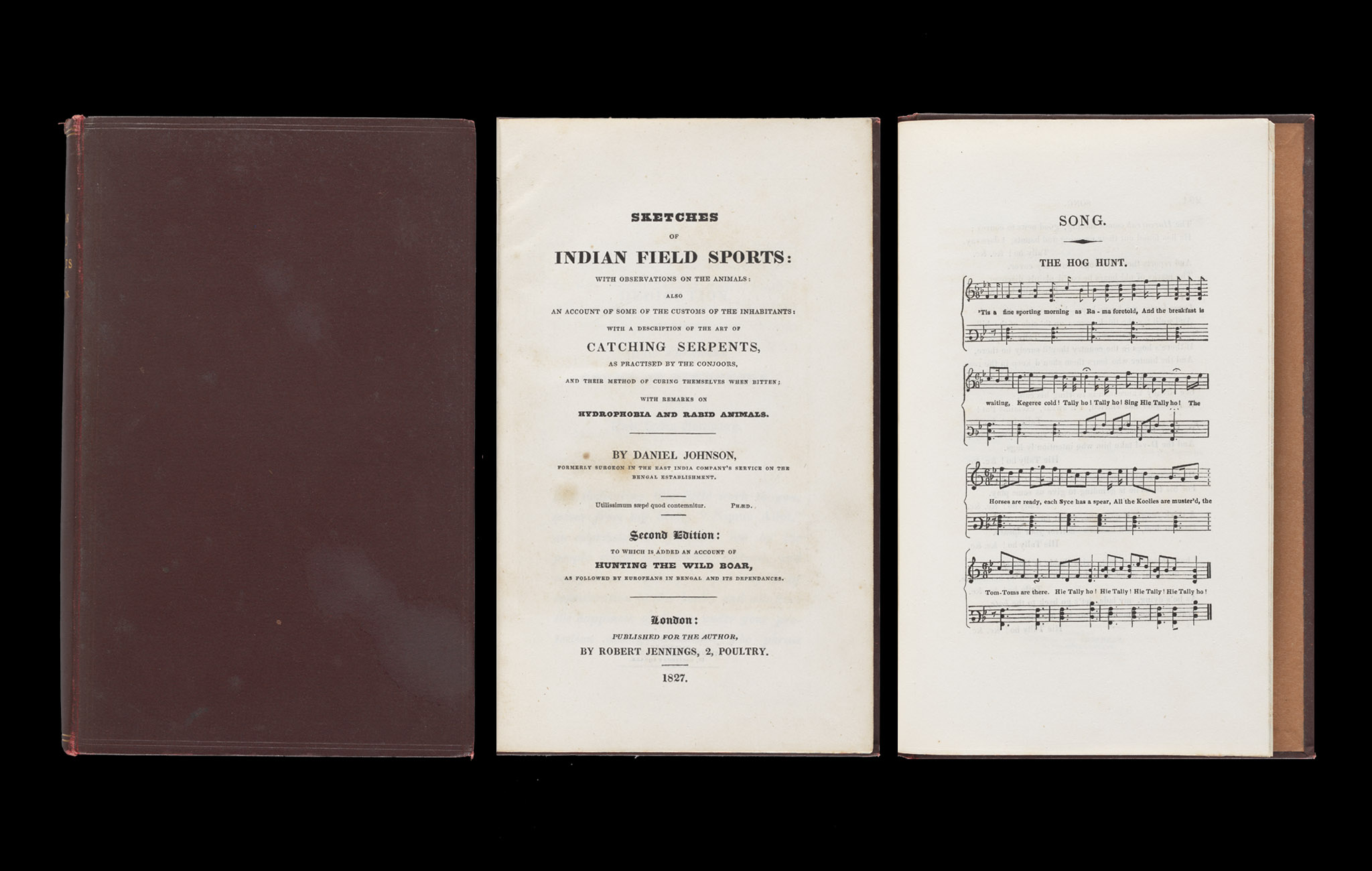 This book contains observation on Indian customs as well as accounts of sports as practiced by natives from the years before 1801. It attempts to document different methods of hunting in the subcontinent and gives details on the differences that existed between practices in various districts and regions.

This edition, the second, of the book particularly elaborates on the hunting of the wild boar, describing various methods followed by Europeans in Bengal and its dependencies.

Daniel Johnson (1767-1835) was in the British medical services in Bengal, India from 1789-1809. He was appointed as assistant surgeon, and later in 1805 became the head surgeon. He has also published, ‘Observations on colds, fevers, and other disorders’. In 1809, the surgeon moved back to Great Torrington in England where he stayed until his death.

Sketches of Indian Field Sports: with observation on the animals: also an account of some of the customs of the inhabitants: with a VISUAL DESCRIPTION of the art of catching serpents, as practised by the Conjoors and their method of curing themselves when bitten: with remarks on Hydrophobia and Rabid Animals