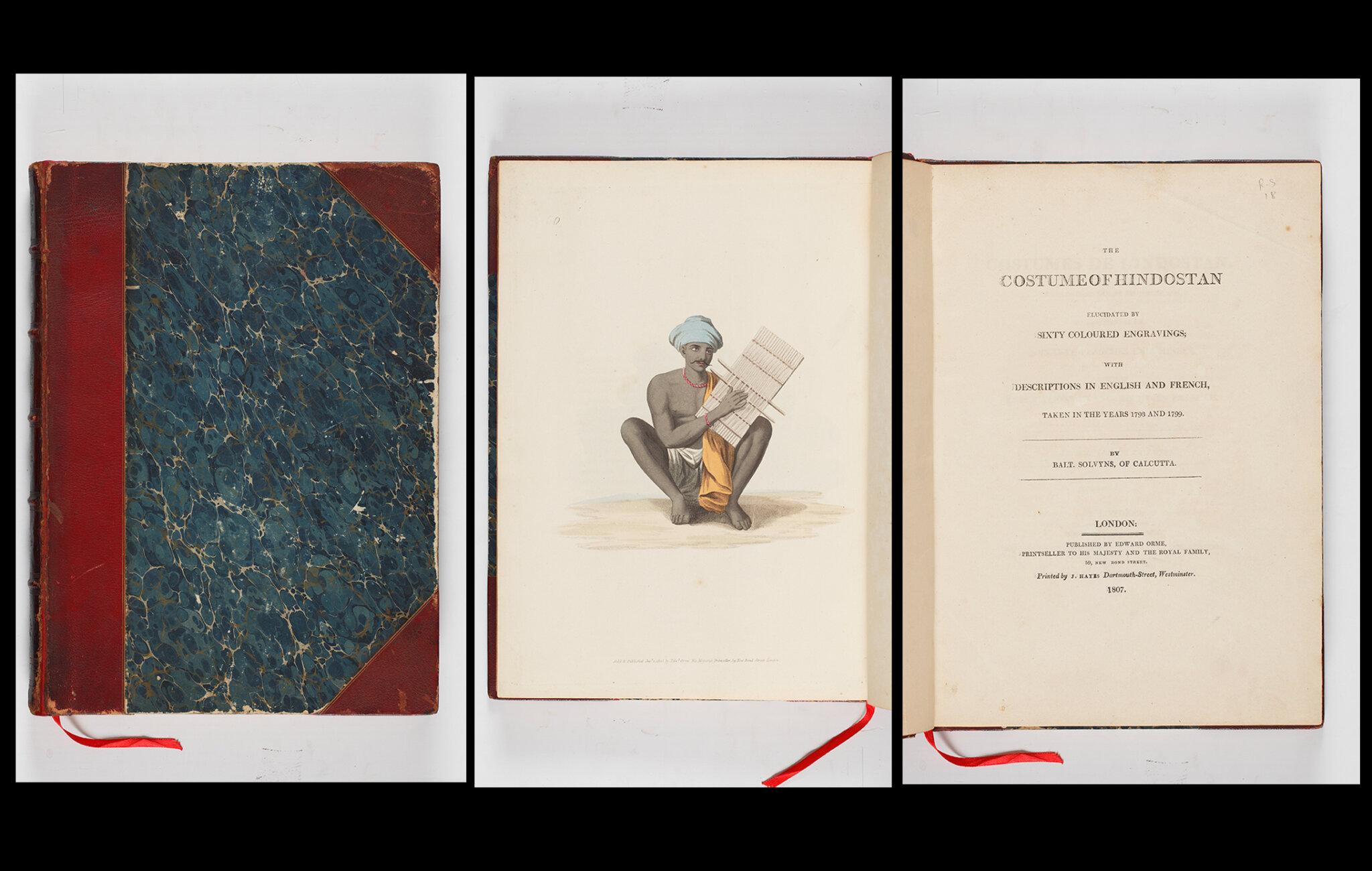 East India Company was a highly influential force in Britain by the end of the 18th century. It was fabulously wealthy, and the British leaders were among its stockholders. Naturally, then, there was curiosity among the ordinary Britons about the people in a faraway land whose politics and culture was suddenly part of the national conversation.  Thus artists, like François Balthazar Solvyns, were routinely employed by the Company and the military to document events, journeys, and people in the time before photography.

The Costume of Hindostan was published in 1807, its text  (both in English and French) and 60 drawings credited to Balt. Solvyns date between 1798 and 1799. Its preface states the purpose: for the information and “amusement” of its British readers. This sets the tone for the rest of the book, whose text displays great condescension towards the natives of the subcontinent. Words like ‘primitive’ and ‘absurd’ make an appearance while describing local customs, betraying both the ignorance and latent fear of the coloniser.

François Balthazar Solvyns travelled to Calcutta in 1790 following the Belgian revolution in search of opportunities. He was the Sartorialist of 18th-century Bengal and documented the style of the common people.

The Costume of Hindostan