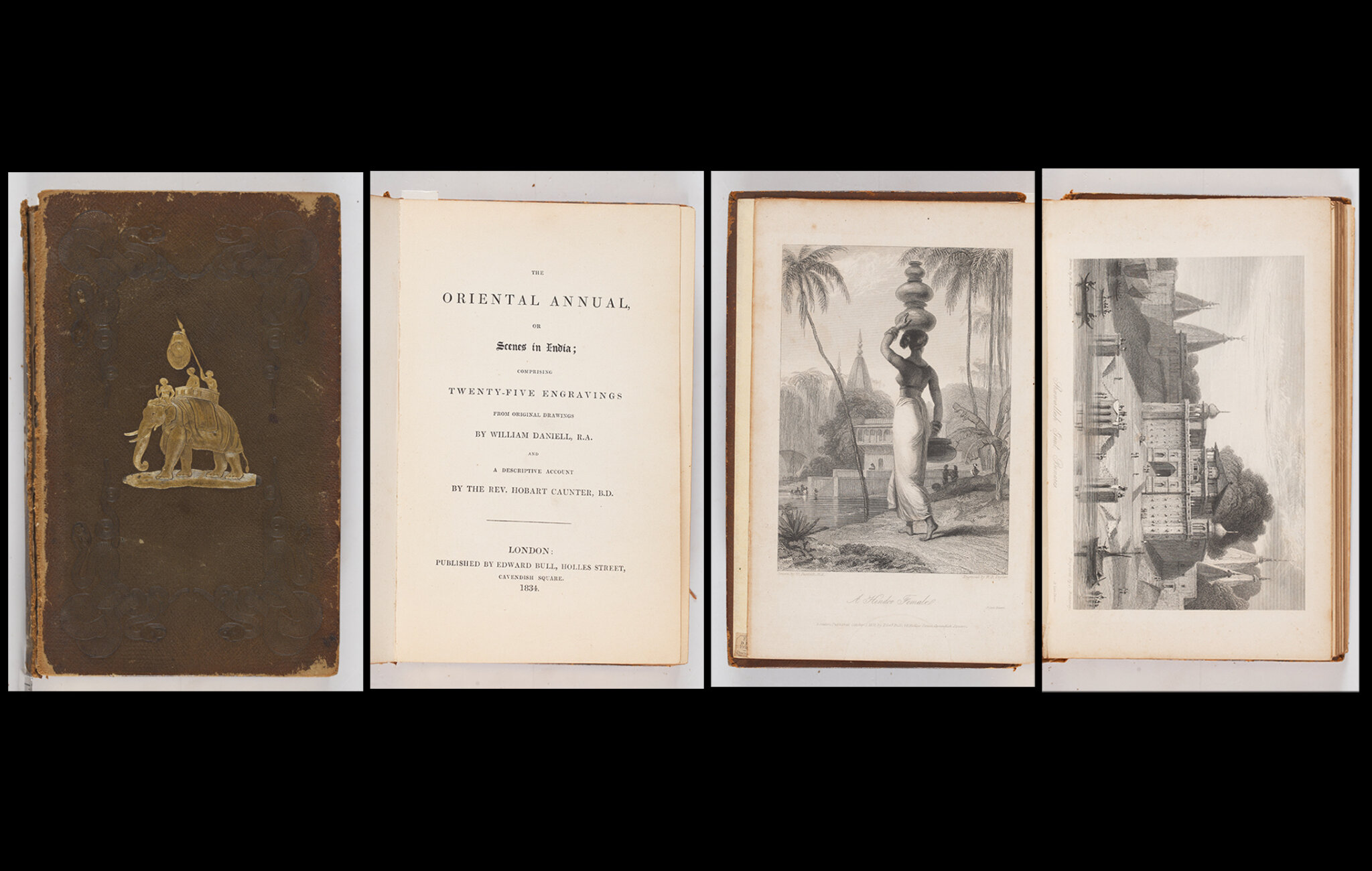 It’s a word that makes us cringe today, but the ‘Orient’ was a place of infinite charm for artists of Victorian England. To them, the British colonies of the East were exotic regions of smouldering intrigue, where dark-eyed, inscrutable people went about their mysterious ways. Of course, now we know this attitude to be ignorant—at best. But it’s undeniable that the idea of the ‘Exotic Orient’ went viral in the late 1700s; English artists, poets, writers, architects, no one could escape the pull from the East. It fueled the imaginations inflamed by the Romantic movement in the arts in the late 18th century.

So in 1786, when Thomas and William Daniell landed in India, they knew exactly what the audiences back home wanted and they gave it to them. Dreamy landscapes shrouded in wisps of fog, the noble ruins of fallen Islamic emperors, dark-haired beauties with a wistful droop to their rosebud lips and downcast eyes, noblemen and maharajahs as they once stood presiding over forts and durbars. These engravings were collected in books like ‘Oriental Scenery’ and ‘The Oriental Annual’, which is part of Sarmaya’s rare books collection. The art that the Daniells made in India would go on to make them very rich, very influential artists in England.

This particular edition comprises of twenty-five engravings after the drawings by William Daniell, and is authored by John Hobart Caunter, a military serviceman stationed in India.

The Oriental Annual, or, Scenes in India