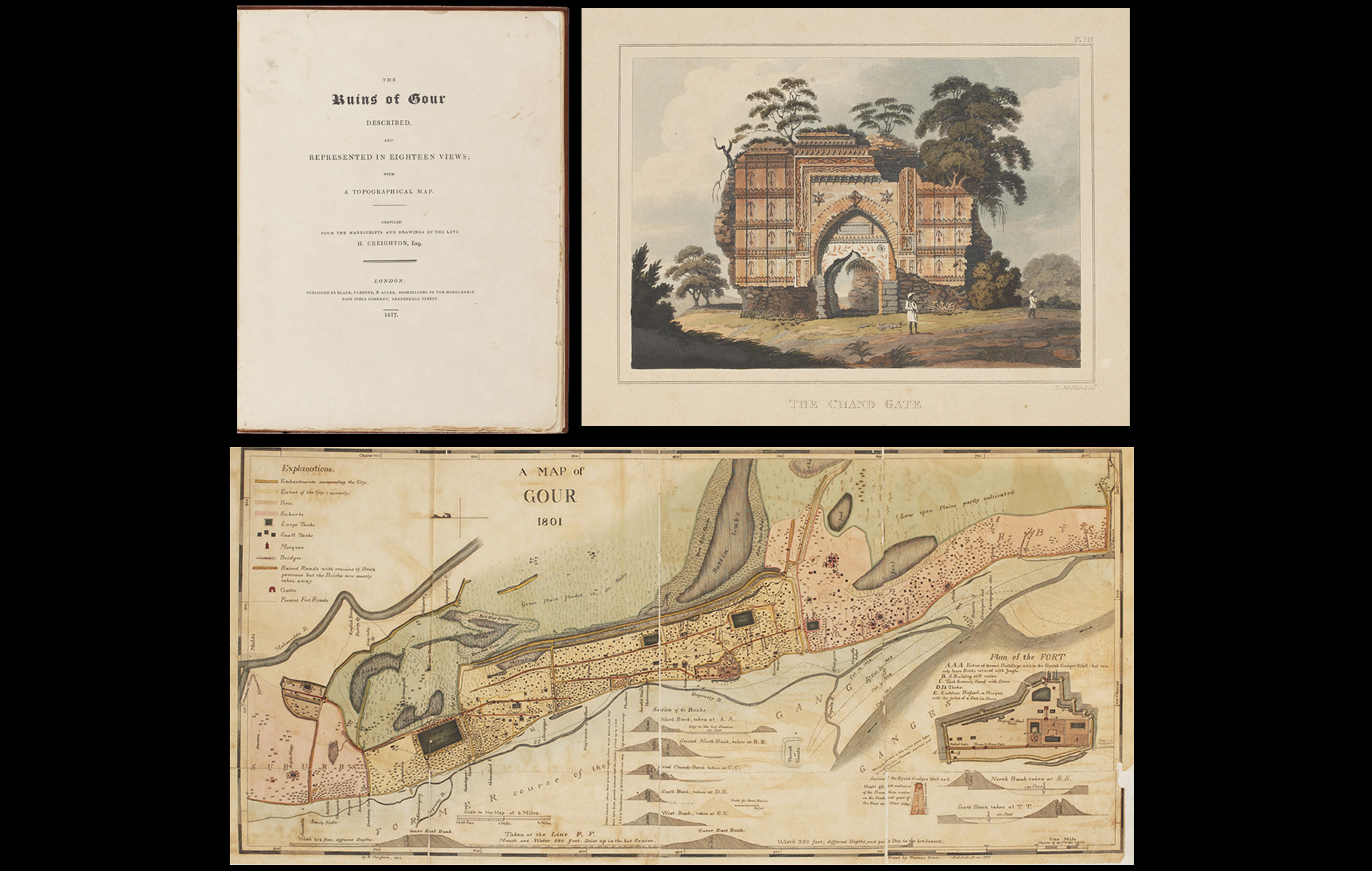 This book comprises 18 drawings of various prominent structures that once made up the ancient citadel of Gaur, as well as a topographical map of the expanse of its ruins as found in the late 18th and early 19th centuries.

Gaur, also known as Gauda, Lakshmanavati, Lakhnauti and Jannatabad, served as the seat of many powerful dynasties over time – the Buddhist Pala kings from the 8th century onwards, the Hindu Sena kings from the 12th century on, eventually falling into the hands of the Delhi Sultanate in 1204. It thrived during the Bengal Sultanate, passing between prominent dynasties including the Ilyas Shahi, Habshi and Hussain Shahi kings. Gaur fell into ruin starting the mid-16th century for a variety of reasons but most prominently Sher Shah Suri’s invasion of Bengal in 1539 AD.

Henry Creighton, native of Scotland, was stationed as an employee at an indigo plant near Malda in 1786, when he came across the ruins of Gaur. He made several trips to the site from 1786 until his death in 1807, documenting the ruins with meticulous drawings and notes. These were compiled and published posthumously in 1817.

The Ruins of Gour: Described and Represented in Eighteen Views, with a Topographical Map, Compiled from the manuscripts and drawings of the late H Creighton