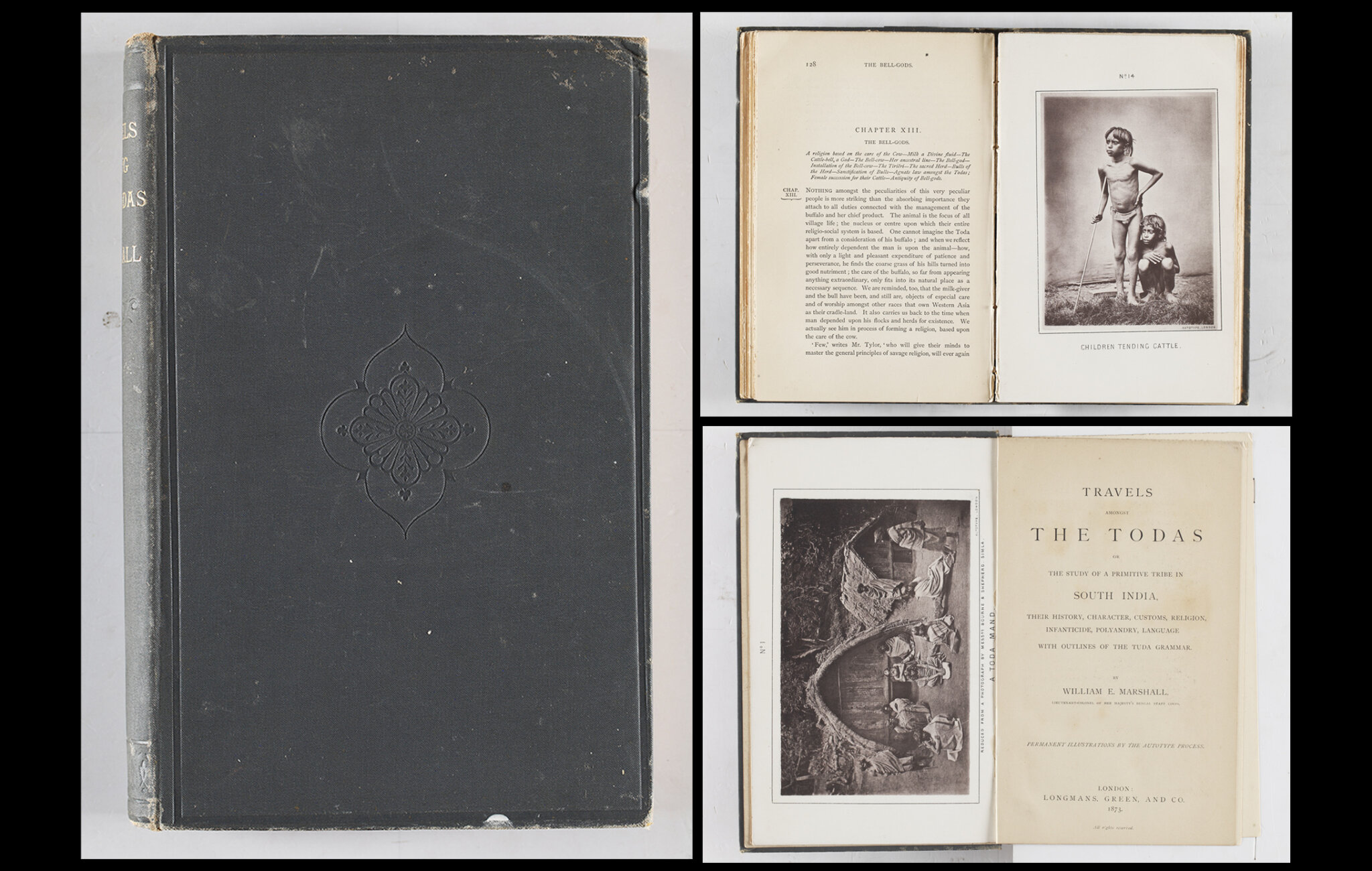 In the 19th century, there was great excitement among western anthropologists about the discovery of a ‘primitive’ tribe deep in the misty heart of the Nilgiris. The Todas are a pastoral community of Dravidian origins and among the earliest outsiders who landed to document them was William E Marshall, Lieutenant-Colonel in the Bengal Staff Corps. He published ‘Travels amongst the Todas’ in 1873 to present a study of their “history, character, customs, religion, infanticide, polyandry, language…”

What makes the book, part of Sarmaya’s rarebooks collection, special are the portraits of the Todas taken by the Bourne & Shepherd studio. While most of these are typical ethnographic photographs with unsmiling subjects in stilted poses, they do capture the fine craftsmanship of the Todas.

One sample is the pukhoor embroidery that lines the single length of cloth that both men and women drape around themselves, a piece of textile art with red and black thread so fine it looks like part of the weave. The Toda hut is another great example of the sophistication of indigenous technology—it’s a barrel-shaped thatched structure knitted expertly together with dried grass, bamboo and stones and designed to be impenetrable to prowling predators from forests nearby.

Travels among the Todas