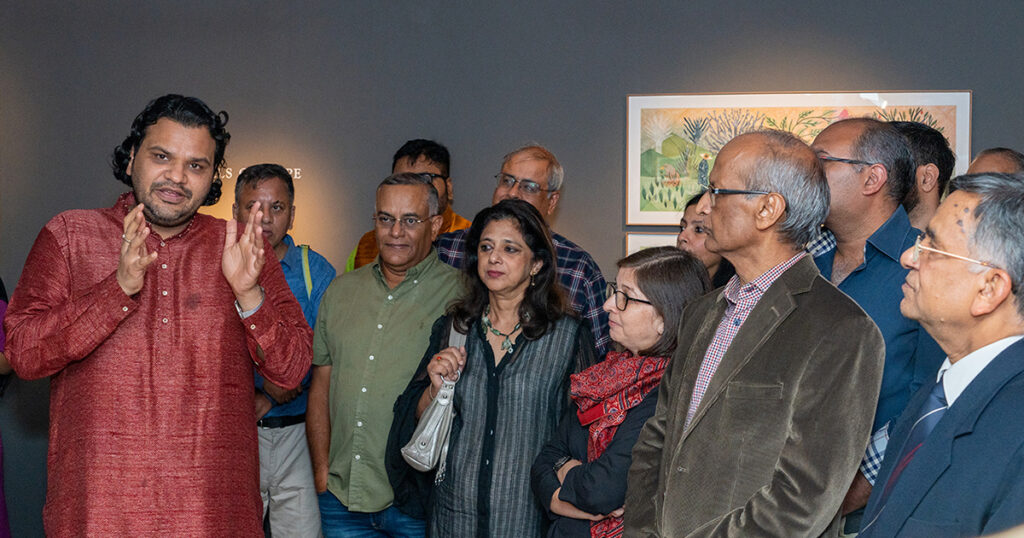 Anubhav Nath, Ojas Art founder, at the preview of our Delhi show ‘Echoes of the Land’

Anubhav Nath’s career has been shaped by his encounters with Indian art, its practitioners and their cultures. Whether as gallerist, curator or entrepreneur, his body of work shows the liberating influence of these native traditions, which are fluid in medium and diverse in form. They have inspired Nath to challenge the binaries—art/craft, contemporary/traditional, visual/performing—that divide the art world. He does it through his gallery, Ojas Art, which platforms and promotes the works of tribal and indigenous artists.

Nath’s purpose for Ojas finds resonance with our own mission here at Sarmaya. In November 2022, we collaborated with the Delhi art gallery to present our first-ever exhibition in the city, Echoes of the Land – Art bears witness to a changing world. We showcased art produced by traditional and contemporary practices in response to the events of the Anthropocene. The show is second in a series of collaborations between our digital museum and some of India’s leading art galleries. It follows Shifting Selves – Between memory, mythology and mirage, which opened August 2021 at TARQ, Mumbai.

In an interview with us, Anubhav Nath spoke about the recent exhibition and how it fits into his vision for Ojas Art and other organisations he leads and influences. This includes the Ramchander Nath Foundation, a think tank on the development of under-recognised arts and artists, and the Salaam Baalak Trust, which supports children who live and work on the streets of Delhi and the National Capital Region.

Tell us a bit about how the collaboration with Sarmaya evolved.
“Ojas has been associated with Sarmaya in its role as institutional collector for the last few years. I see Sarmaya as a knowledge partner, because of all the research and value-addition you do after acquiring an artwork.
“Echoes of the Land has been a great revelation for us at Ojas, in terms of the kind of interest that can be garnered through multi-programming. When we do a gallery show, we do it in a very set way with a few outreach activities etc. But the Sarmaya show was very successful in bringing different audiences to the show.
“The whole concept of placing indigenous and contemporary art on the same platform is something that we at Ojas aim to do with every show. But Sarmaya took it to another level with the finesse you brought to the programming. 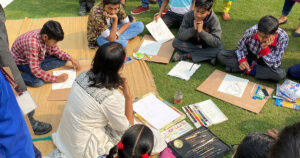 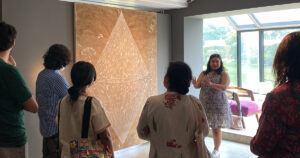 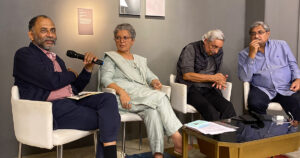 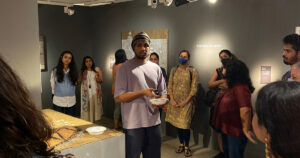 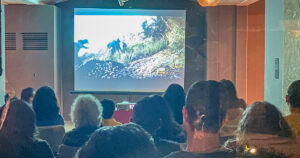 “In fact, we have used a beautiful phrase from your show, Kernels of Hope, as the title of Ojas Art’s upcoming show at the India Art Fair. It will be a solo booth, featuring the Vayeda Brothers.”

Echoes of the Land was about our human connection with nature. What does indigenous art, in particular, bring to this conversation?
“A lot of indigenous art revolves around the themes of Jal, Jangal, Jameen (Water, Forest, Land). Right now, there’s no issue more urgent than the environment, anywhere in the world. Projects like Echoes of the Land draw people’s attention to it in a unique way. I thought the prompt you had on the last wall, at the very end of the show, was really poignant: What would you miss the most if the natural environment around you disappeared?” 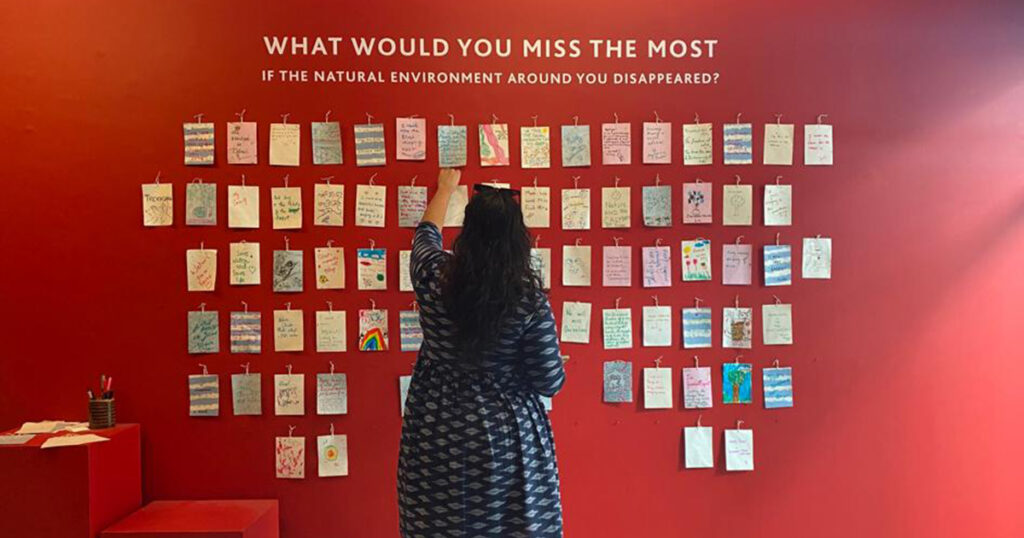 With your first art initiative in 2008 at Tihar Jail, you have attempted to break boundaries within the gallery space. Why is that important to you?
“Prison art is part of what is regarded in the larger conversation as ‘outsider art’. Internationally, even our indigenous art fall into that category. With the first show, we wanted to show art by the inmates of Tihar in the same space as art by very established contemporary artists. It brought in new audiences and created an inclusive space within the gallery for the ‘outsider’. This philosophy still guides our programming at Ojas Art, and it’s something we share with Sarmaya.”

What has the journey with indigenous art been like since then?
“At Ojas, we’ve been working with indigenous art for about 8-10 years now. At times, I have felt like a lone trooper. Although, state-run and non-profit organisations work in this field, their focus is on uplifting entire communities through art. I was drawn more to highlighting the talent of specific fine artists.
“Early in my career, I met (Madhubani artist) Santosh Kumar Das and that opened up my eyes to everything that can be done in this field. Indigenous art doesn’t lack thinking artists or extraordinary talent and they deserve to be promoted. As Indians, I believe we respond instinctively to these aesthetic traditions. My personal background plays a role here too; jewellery, handicrafts and zardozi have been part of the family business.”

Ojas Art often travels with its curation to events like the Jaipur Literature Festival (JLF) and the Mahindra Kabira Festival, where art interacts with other disciplines like music and literature. Tell us about that.
“I believe that creativity is multi-disciplinary. Music, especially, is a big part of many artists’ life. Most studios I’ve visited have instrumental music playing in the background and I know many artists who sing beautifully. I think there’s a musicality inherent to Indian culture.”

What’s coming up for Ojas in 2023?
“As I mentioned before, we have a show coming up at the India Art Fair 2023, where we will show the art of Mayur and Tushar Vayeda. I believe the Vayeda Brothers will break the glass ceiling in Indian art. Their work is a sublime combination of technique, tradition, futurism and contemporaneity. We are also presenting a project titled Vishwaroopa at the Jaipur Literature Festival 2023, which has been created by artists Manjunath Kamath, Santosh Kumar Das and Bhajju Shyam working together.”