It may have been an 18th-century German writer who described architecture as ‘frozen music’, but it was SD Burman and his ilk who made the connection come alive for many Indians. Certain monuments and even landscapes will forever be linked in our hearts with the Hindi film songs that were shot there. The venue may have been just a scenic background, like with the Qutb Minar looming behind Aamir singing Chand Sifarish, or it may signify a certain mood, like with the dark ruins of the Martand Sun Temple against which two lovers remember an ill-fated romance in Tere Bina Zindagi Se Koi,  or it could be the hero of the song, like with the Marine Drive in Bombay Meri Jaan.

Here we share photographs from our archive, some over a hundred years old, of these iconic Indian landmarks and the unforgettable songs that will always stir our memories of the place. 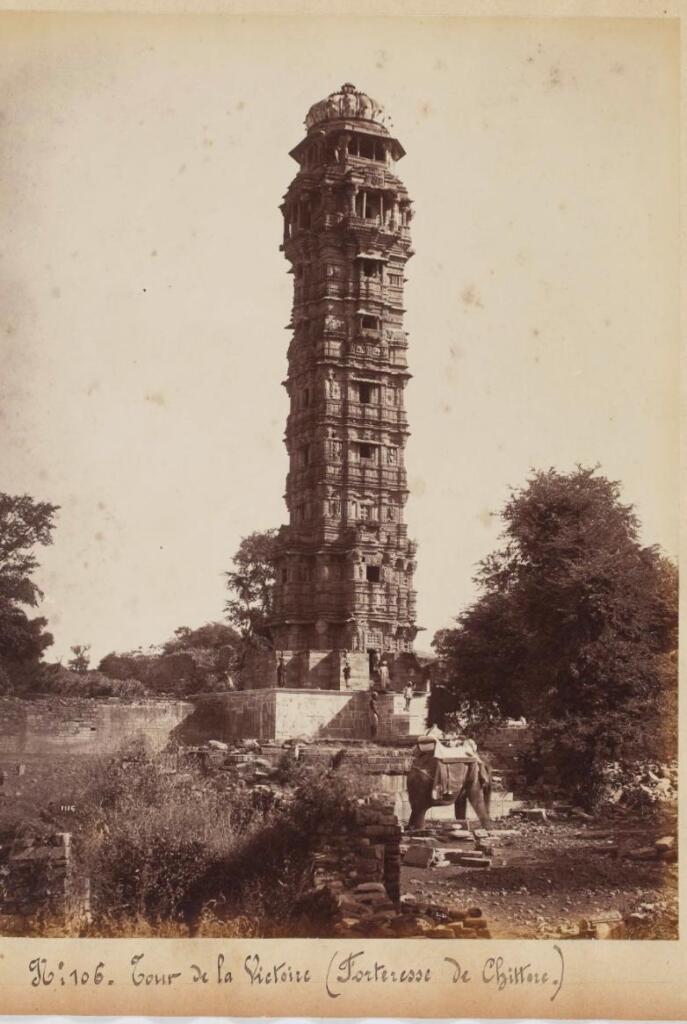 When it comes to cinematic locations, the sprawling fort of Chittorgarh is a no-brainer. But what makes its role in this song irresistible is the subtext. The fort is famous for being the place where the 16th-century Rajput queen Karnavati led the womenfolk of the kingdom to conduct mass self-immolation or jauhar as their spouses charged to certain death on the battlefield. In other words, just the perfect location for Waheeda Rehman’s character in Guide to sing cheerfully of her own death wish. 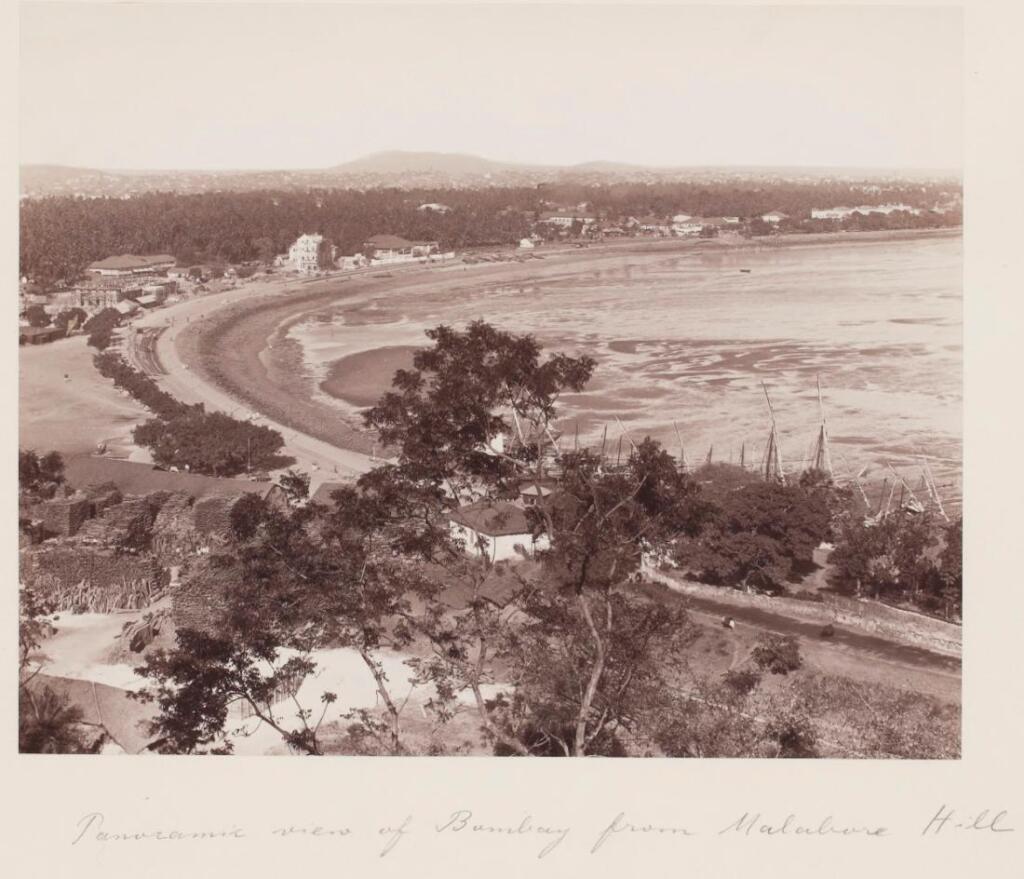 Basu Chatterjee brings his brand of slice-of-life romance to this classic monsoon song set in south Mumbai. Our hero and heroine wander about in Oval Maidan, Mantralay and Marine Drive getting happily soaked like a couple of lovesick seals. What makes Rim Jhim Gire Saawan special is that it captures the spirit of a city always on the move, even while the heavens pour down. And what makes our 19th-century photograph of Marine Drive so special is that it predates the promenade and tetrapods that are today the most recognisable symbols of this beautiful seaside.

Darjeeling and its toy train 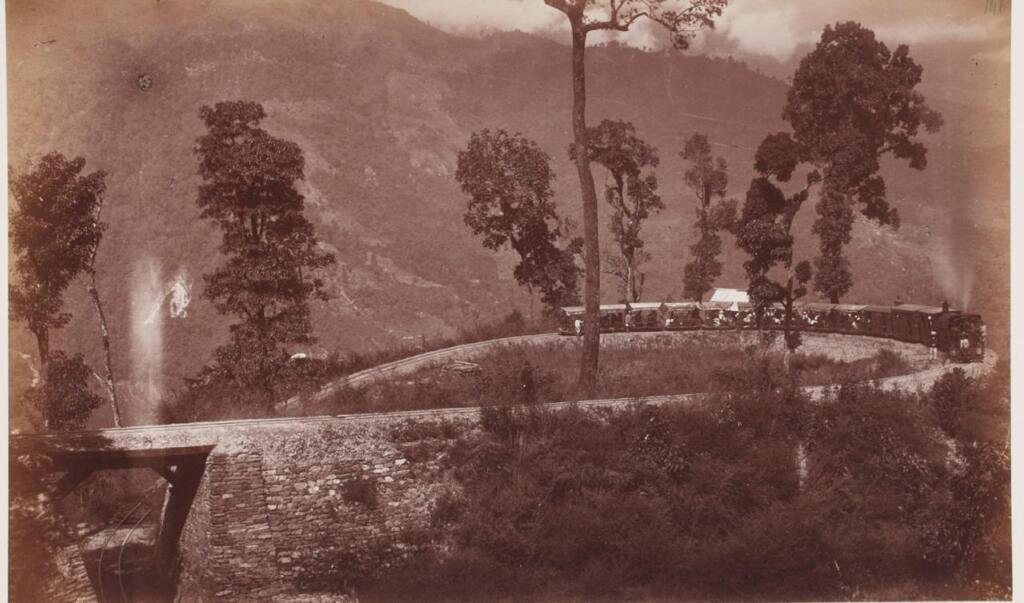 Cinematographer Alok Dasgupta lavishes as much loving attention on this historic train as he does on framing the ravishing Sharmila Tagore at the window dimpling at her boyfriend in Aradhana. And it’s totally understandable. The Darjeeling Himalayan Railway, established in 1881, is a thing of beauty and has been declared an UNESCO Heritage Site. It’s one of the few steam locomotives still operating in India. 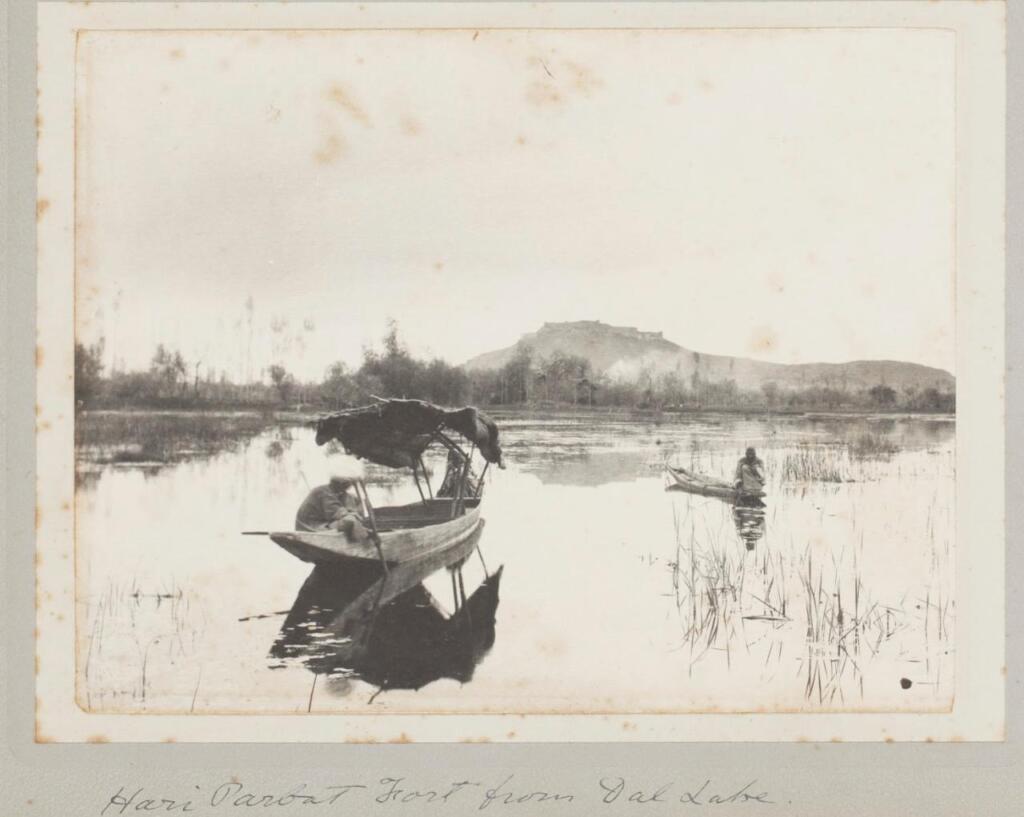 How useful for an aashiq to have mist-covered mountains, a glittering lake and all the beauty of the Valley at hand while wooing his Kashmir ki Kali. Yeh Chand Sa Roshan Chehra is a love song to all of Kashmir. 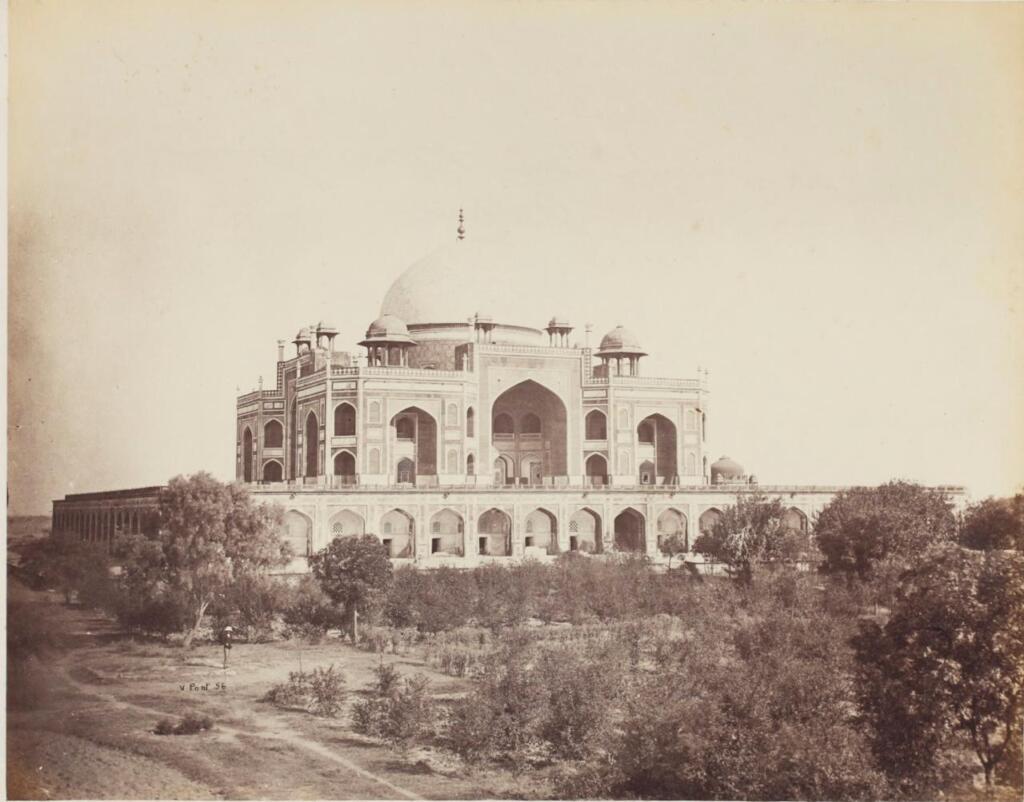 Fancy having Mohammad Rafi show you around this grand Mughal monument? Dil Bekarar Sa Hain from Ishaara has Vyjayanthimala and Joy Mukherjee flirting coyly in front of Humayun’s Tomb. Built in the second half of the 16th century, the tomb introduced India to the Central-Asian architectural design, marked by radial geometry and enclosed by landscaped gardens connected with water channels in a style known as the char-bagh. But more significantly, Humayun’s tomb introduced us to Bega Begum, first wife of Humayun, and the first Mughal Woman builder to manage the tomb’s construction. More here. 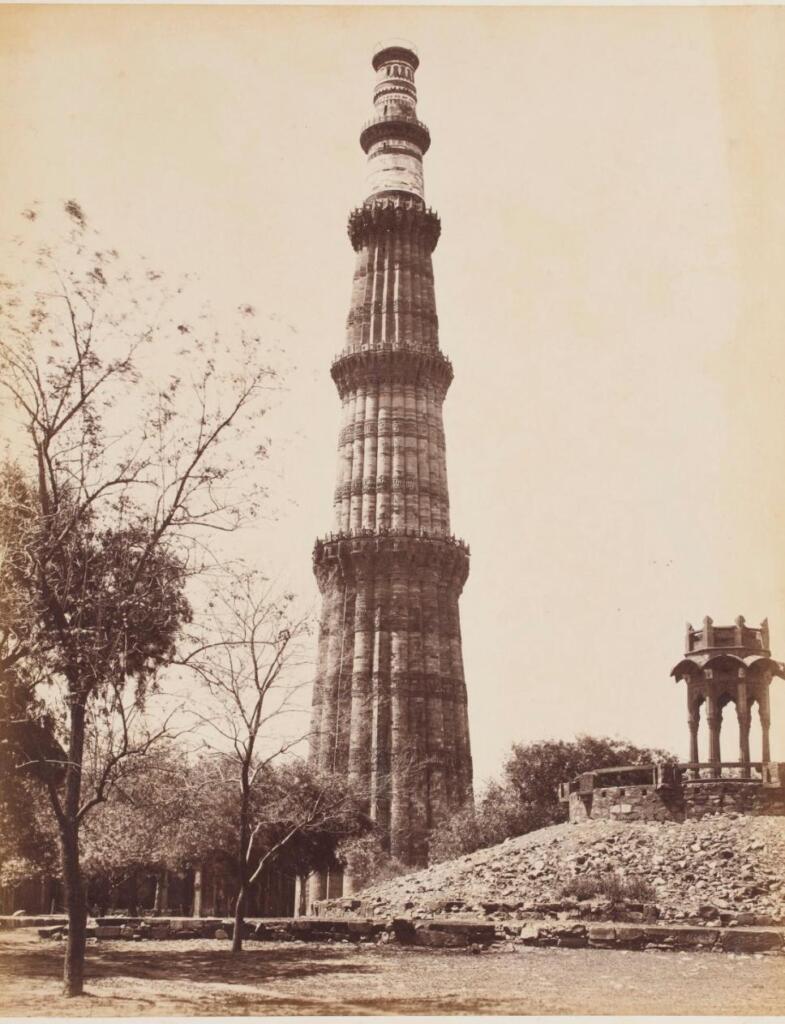 Shaan brings romance to the Qutb with a little help from a bescarfed Aamir Khan in Chand Sifarish from Fanaa. This is a classic example of how Bollywood forces you to suspend disbelief in the face of its honeyed words and hummable tunes. How else did they get us to associate an austere minaret, mark of a Sultan’s towering ambition, with a sappy-but-oh-so-catchy love song. 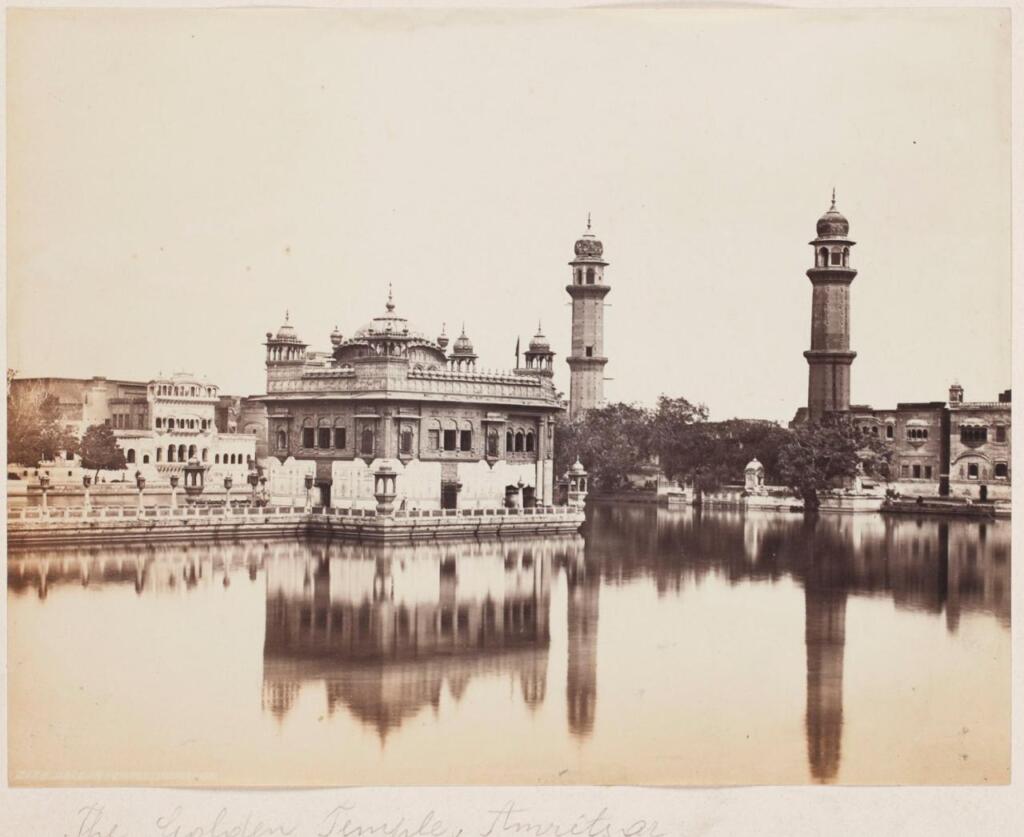 The location here is as significant as the protagonists themselves. The shining Golden Temple in the background stands in for the purity of heart of our hero, Shah Rukh playing a regular guy wedded to his principles—and to Anushka Sharma. The film Rab Ne Bana Di Jodi has a fairly patronising premise but Tujhme Rab Dikhta Hain and the location where it is shot elevates the story and gives it some depth. 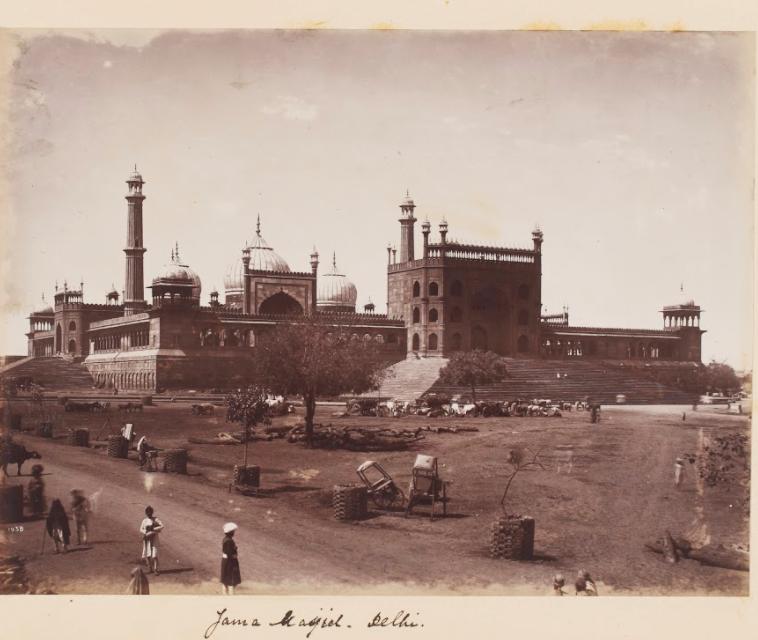 In a film that’s an ode to the syncretic fabric of Delhi’s Old City is a spiritual song infused with the fragrance of Sufism and set where else but at the Jama Masjid, in the heart of Shahjahanabad.  So beautifully apt. 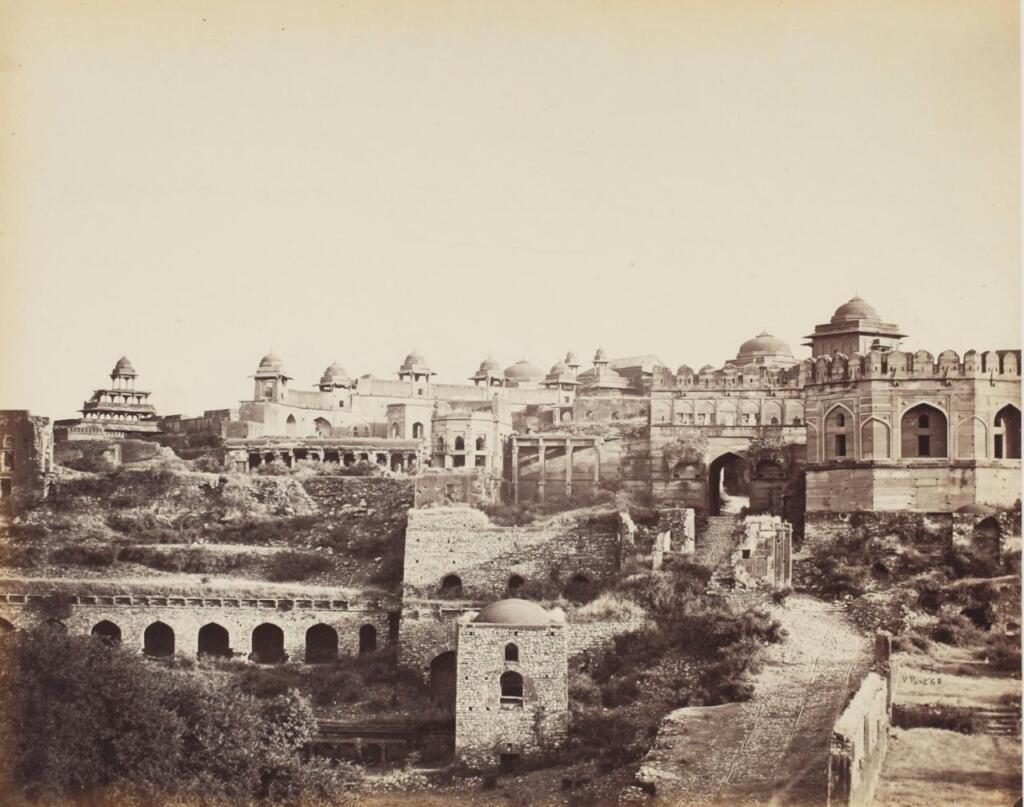 When you watch the song below you’ll appreciate the effort it must have taken to compose the frame above. Fatehpur Sikri sprawls in all directions like the Mughal symbol of victory it was built to be; it’s no mean task for a photographer to capture all the little architectural details while still giving the viewer an idea of its massive scale. The only thing it’s missing is colour, without which you cannot do justice to the red sandstone pavilions. For that, we have this song from Pardes. 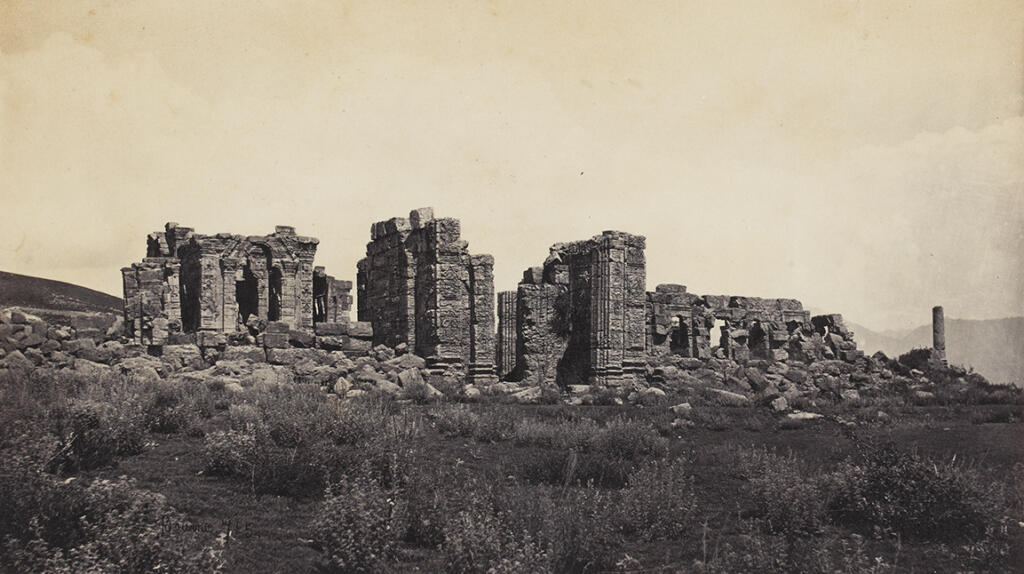 These sacred ruins are the scene of a tortured cri de cœur by Vishal Bhardwaj’s modern day Hamlet in and as Haider. The director came in for some criticism for depicting in a sinister light this ravaged 8th-century temple to the sun built during the reign of the ancient Karkota dynasty of Kashmir. Nineteenth-century photographer Samuel Bourne, however, does full justice to the majesty and desolation of the Martand Sun Temple.