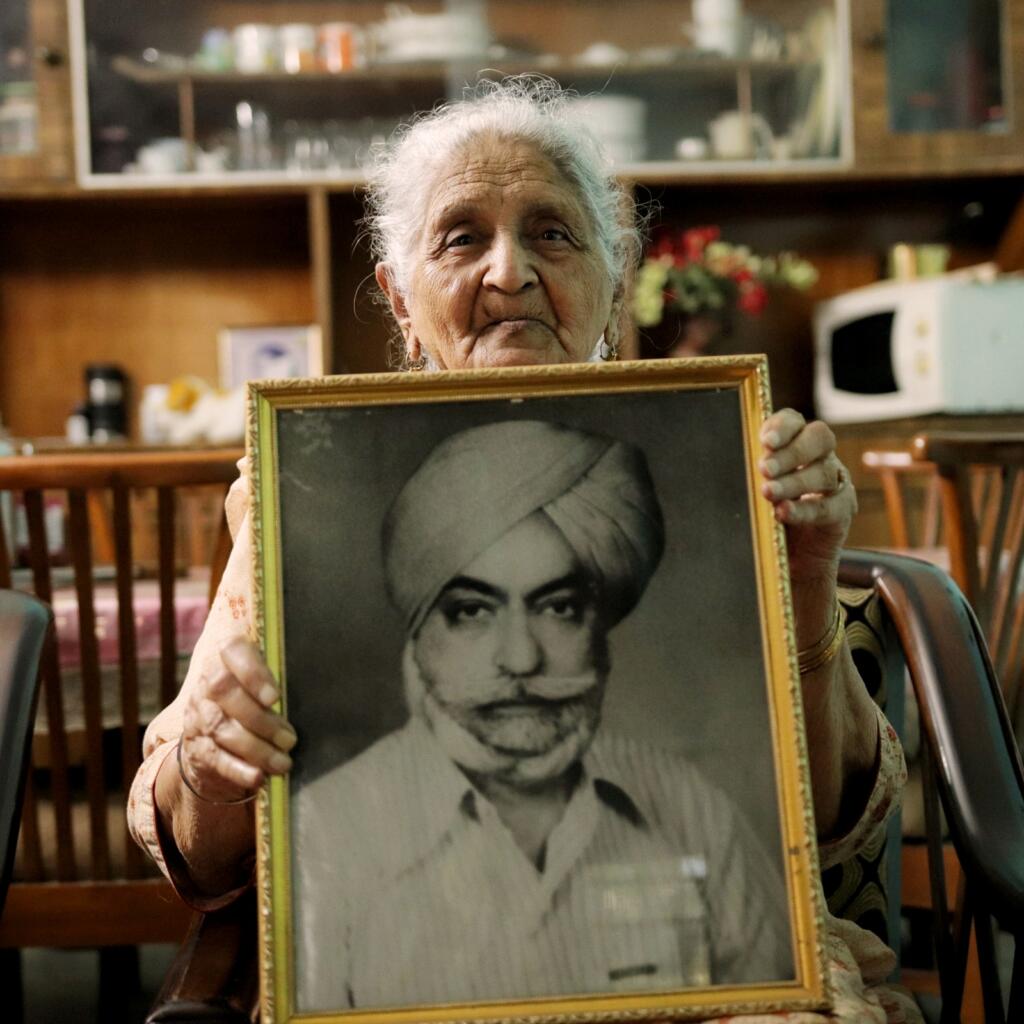 Kuldeep Kaur, image courtesy Project Dastaan, which seeks to tell the stories of Partition visually. Click on the image to visit their site

The revolution may not be televised, but the digital landscape has birthed unlikely heroes to carry the torch of truth, representation and modern histories. Through the looking glass of Instagram, several artists, curators, activists and photographers have collectively challenged overwhelmingly fundamentalist public narratives. In today’s warped, deeply politicized media circus, personal stories are now being told through the medium of different visual and literary art forms, taking on a newfound significance.

“Photos are excellent in triggering lived memories in a very precise way,” says Diwas Raja KC, Head of Research & Archives, Nepal Picture Library. Through its Feminist Memory Project which collected 300 oral histories and hundreds of photo albums, and its documentation of the Dalit history of Nepal, the Nepal Picture Library has been attempting to archive the country’s distorted memories. “We are saying that we are unhappy with the way history has been hijacked. We don’t just want to democratize it, but to offer a true picture of Nepal and its history.” Raja explains that the project came about as an aftermath of a series of political upheavals in Nepal, which left a gap in the recording of the nation’s history. The project hopes to contribute to the study of Nepali photography, as well as generate knowledge and raise questions about exploring issues of memory, identity and history through images.

On the recording of history through personal photographs and their annotations, Raja argues that visuals should be recognised as a legitimate way to record history. “Home is quite separate from public life, but the urge and desire to be part of the public sphere is inbuilt in people’s photographs and the collections they build at home. There’s a lot we can learn about history from people’s private albums.”

“What photography does is allow you to see yourself,” says Aroh Akunth, who is part of the ever-shifting team curating the Dalit Art Archive and Dalit Queer Project, which they refer to as a Ship of Theseus. Both pages are run entirely by Dalits and queer Dalits respectively, giving a platform to a multitude of voices collectivizing narratives through various visual art forms. Akunth describes it as a live archive, which is not only about recording history but also creating it, foremost to preserve it and make it accessible to the Dalit community. Their offline operations involve making documentaries on caste and queerness, creating an anthology of caste and queer narrative, and research on the community by the community, perspectives that are otherwise undocumented. 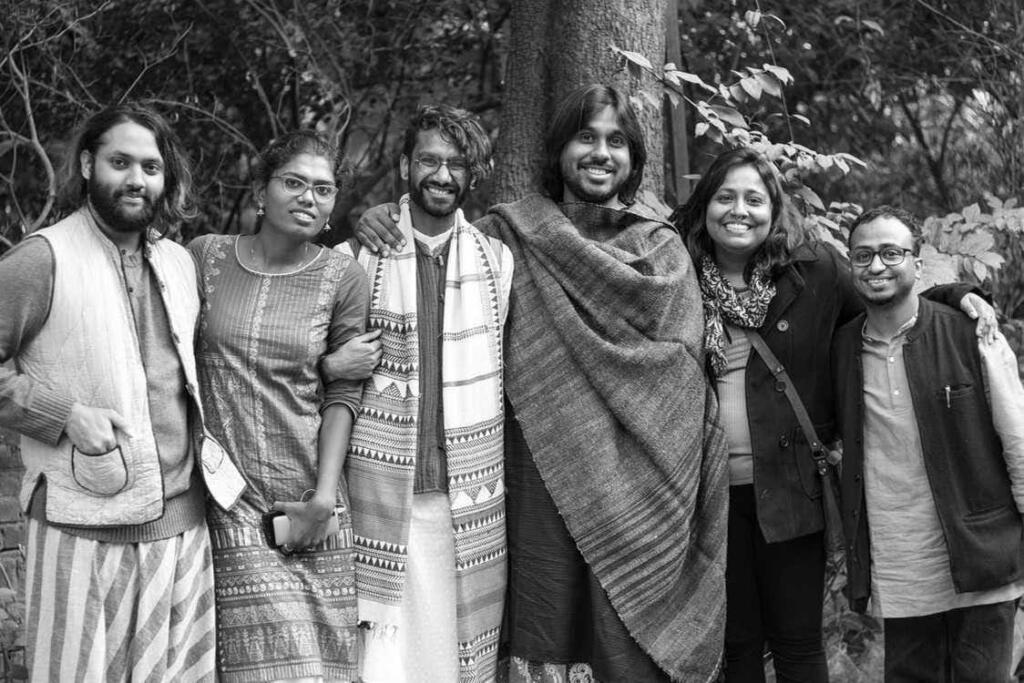 The team behind Dalit Queer Archive – click on the image to visit their page on Instagram. Photo by Sandip Kuriakose for Delhi Queer Fest 2018

They went on to explain that the Brahminical caste system prevalent in the Subcontinent created not just untouchables, but also ‘unseeables’ who weren’t allowed to show themselves in public during daylight and could only venture out at specific hours. “To not be able to see yourself in a caste society is an effect of caste apartheid — it is caste which designs society in that way,” says Akunth. “For communities as invisibilised as ours, documenting movements becomes important. To be able to see ourselves, hear ourselves and talk to people like ourselves.”

For Indian and Pakistani students studying at Oxford University, Project Dastaan was born from a need to break down communication barriers caused by wars, old age and the trauma of their grandparents’ inability to return to their ancestral village. The purpose of the project is to tell the stories of Partition visually and examine the human impact of global migration through the lens of the largest forced migration in recorded history, the 1947 Partition of India and Pakistan.

“We aim to find the exact locations and memories that these survivors seek to revisit and recreate them through bespoke 360VR experiences,” says Saadia Gardezi, a co-founder and Pakistan lead. “We also make documentary and animated films about lesser-known Partition narratives and the impact of colonialism. We see Partition as not just a South Asian event, but one of the largest and most important events in world history.”

Gardezi also explains that while many partition archives do exist in India, Pakistan and globally, they felt that the stories in these databases remain untold in their current form. “Beyond academic research, people in South Asia do not have much interaction with these archives. Visual storytelling helps these archives come alive and makes Partition narratives more accessible.”

For Daak, which collects lesser-known stories, artworks and ideas from the Subcontinent, social media has been a revolutionary way to preserve and archive. Prachi Jha, one of two people who runs the handle on Instagram, says, “It is especially empowering for common people whose lives and histories may be too insignificant for mainstream history. In that sense, it has given a new lease of life to the way history is recorded and remembered.”

In an era of hatemongering, of Love Jihad laws and the intolerant uproar demanding #BoycottTanishq,  the India Love Project was launched in defiance of the society-mandated endogamous marriage. This page tells myriad stories of interfaith marriages paired with photographs of these couples, calming the political vitriol these unions receive. Samar Halarnkar, a founding member of this page, talks of how it became imperative to create this space, which describes itself as “a celebration of interfaith/inter-caste love and togetherness in these divisive, hate-filled times” to counter the idea that inter-religious marriages are a consequence of coercion. “We have to challenge the narrative of love jihad that assumes young women have no agency to think for themselves with respect to marriage,” says Halarnkar. This positive re-enforcement has been particularly pertinent for the India Love Project to assert when Islamophobia and sexism fuel the notion that Muslim men prey on Hindu women to seduce and marry them with the sole purpose of converting them to Islam.

These personal pictures tell stories beyond statistics, humanising these narratives. They’re the modern building blocks of archives, acting as historical records for times to come. “Image is a form of social evidence, proof of how people live and behave,” says Anusha Yadav, who founded Indian Memory Project (IMP) in 2010, a visual- and narrative-based online archive that traces the histories and identities of the Subcontinent via photographs (and sometimes letters) found in personal archives. With personal images serving as evidence, each post on the archive reveals valuable information about the our people, visitors, families & ancestors, cultures, lifestyles, traditions, choices, circumstances and thereby consequences.

Discussing the portrayal of private human implications of devastating historical events through photographs, Jayosmita Ganguly of Project Dastaan explains how a photo removes the entire narrative of de-personalization. “Each portrait comes with an entire lifetime of experience, lived experience at that. It just amplifies the entire impact of Partition that there weren’t just so many numbers who migrated, they are not grocery lists. They were real humans whose lives were affected and deserve an audience to their experience beyond the silences which have haunted Partition discussions.”

Akunth further echoes that visually presenting those of the Dalit and queer Dalit community as they want to be seen, healthy and thriving, cuts through the heteronormative visual lens through which they are viewed. Especially when it comes to the treatment of trans people in the Subcontinent as innately inhuman and dehumanized entities. “Caste is not just caste and will not exist without monogamous heterosexual couples. It shapes society.”

The personal visual storytelling medium is here to stay, having evoked a strong sense of community and an alternate pathway to building a photograph-induced memory. What Raja refers to as photo elicitation can invoke an emphatic understanding of how people experience their world. These images have helped achieve a form of catharsis, alleviating difficult emotional and socio-cultural issues.

After all, as Vivek Wadhera of the Instagram page History Art-Chives reminds us, “A photograph isn’t just a snap of time, neither is a painting a solitary riot of colour and nor is text just the written alphabet. These are pools of reflection. In their story lies the tale of the society of its time.”