Drop by at the Tagore mansion, won’t you? 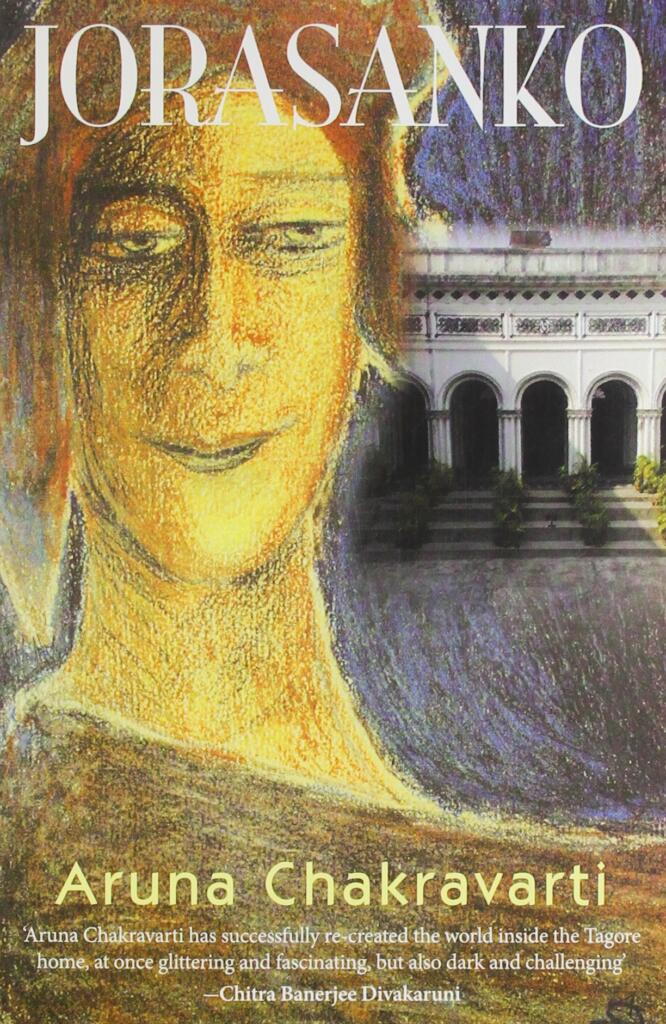 Is there anything more damning than a girl’s-eye view of a man’s world. This historical fiction begins with a wedding and the entrance of a seven-year-old bride into the great Jorasanko thakurbari, home to the most illustrious family of Calcutta. This 18th-century mansion was built by Dwarkanath Tagore, grandfather to Rabindranath Tagore and the patriarch of a family that enjoyed an outsized influence over Calcutta’s culture even before the great litterateur came into the picture. To Genu, the child bride, her marital home is an intimidating and unfriendly maze. She is married to Satyendranath, the older brother of Rabindranath. Through her awestruck eyes, we navigate the exalted world of the Tagores (there’s a sizeable Cast of Characters before the novel to help you keep them all separate, no easy task!). While the men of the family are occupied with reforming society, writing plays, composing poetry and generally dazzling the world, the women fight private battles against small domestic cruelties, spousal negligence and the ever-present need to keep up appearances. Among the most interesting characters of Jorasanko are Kadambari, Rabindranath’s sensitive sister-in-law and first muse; Genu herself who grows up into the formidable and stylish Jnanadanandini; and Mrinalini, Rabindranath’s docile wife who gets to see so little of her brilliant husband, busy as he is with setting up an ambitious new venture called Shantiniketan. A scholar of Bengali literature, the author brings so much delicious detail into the imagining of this hectic period of change (1823 to 1902) in the life of the Tagores of Jorasanko.

Stay a while with the bhadralok of 1960s Calcutta 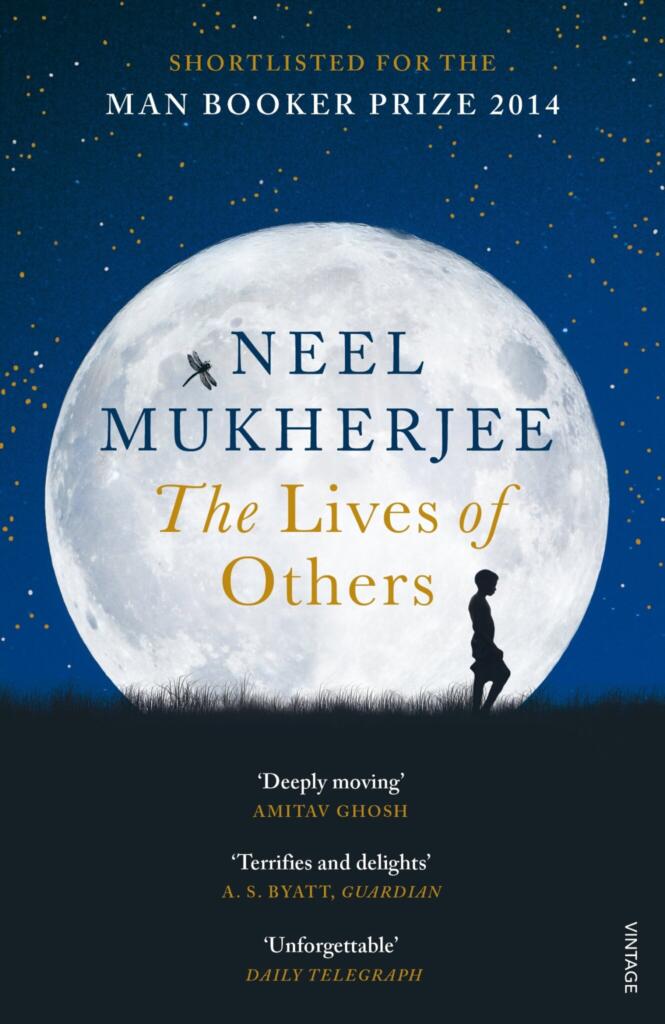 The Lives of Others by Neel Mukherjee

There’s a desperate hunger at the centre of this novel, which begins by describing the death of a farmer in the Great Bengal Famine of 1943. As you read the rest of this family saga, that first scene stays with you. Like a tiny crack that quickly spreads, widens and gapes open into a fault-line, this human-sized tragedy leaks into and poisons everything golden that follows. Through the declining fortunes of the Ghosh family in the 1960s, the author exposes Calcutta as it stood on the brink of the Naxalite movement. On one hand, there’s all the fat of the land: the empire of mills and factories and magnificent family mansions complete with loyal staff, feasts at every mealtime and jewels to fight over. These are described with such loving intimacy that you can’t help but wish for that way of life to be preserved. On the other hand, there’s the price of this decadence in the form of the growing labour movement that threatens to close the mills, a communist awakening on college campuses that disrupts the old order and the Naxalite revolution that captures the young scion of the family. Read this book if you want to get a full measure of Bengali nostalgia and feel both its comfort and its sting.

Visit Tollygunge before innocence was lost 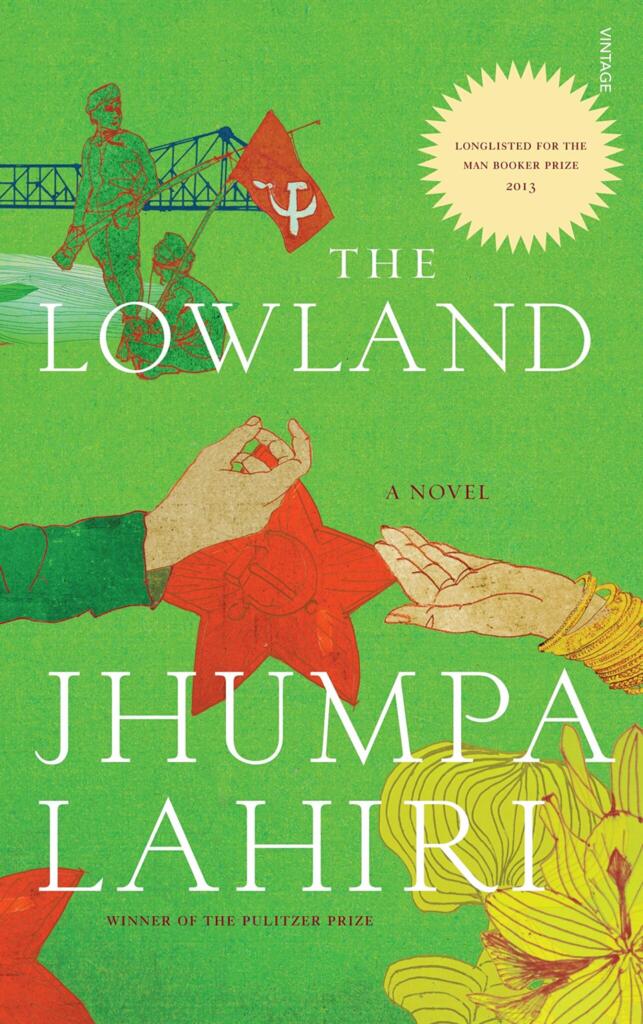 The Lowland by Jhumpa Lahiri

Like The Lives of Others, this book too examines the effects of the Naxalite movement on 1960s Calcutta, but on a much more personal and complex level. Subhash and Udayan Mitra are brothers whose close relationship is frayed by the latter’s growing involvement with politics. When Udayan is executed by the police in the marshy lowlands close to their home, his brother marries his pregnant widow Gauri and moves to America, where they bring up their daughter, Bela. The Lowland is a story about complicated people who are trying to do what’s right but run as they might, they cannot clear the long shadow of the past. It paints a beguiling portrait of Calcutta in general and one neighbourhood in particular. The brothers grow up in Tollygunge, which is best known today as the glitzy home to Bengal’s film industry. In Lahiri’s description of it in the ’60s, it was a solidly middle-class locality that witnessed masses of refugees pouring in from the erstwhile East Pakistan. For two little boys wrapped in the innocence of childhood, however, it offered an idyllic haven where they could ‘collect feathers and wild almonds’, play football and sneak onto the velvety golfing greens of the Tolly Club. Once rebellion entered their veins, the paradise would turn into a police state and the marshes would erupt with gunfire.

Get spooked in the moody Calcutta monsoons

The Calcutta Chromosome by Amitav Ghosh

This psychological thriller will send a chill down your spine and make you see the city in a sinister, almost Gothic light. The novel is set partly in the New York of some undetermined time in the future and partly in the urban warrens of 1990s Calcutta. It follows the trail of a missing person called Murugan, an eccentric science researcher who believed that Sir Ronald Ross’s experiment on malaria was part of a larger, occult conspiracy to unlock the gift of eternal life. A crucial part of Ross’s work on the malarial parasite, which won him the Nobel Prize for Medicine, was undertaken at the Presidency General Hospital in Calcutta; Ghosh springboards off this ledge of history and soars into the sphere of pure science-fiction. Many years into the future, Murugan’s ID card is thrown up by an international data processing system and catches the eye of an employee named Antar. As Antar begins to pull at the threads of this entangled mass of stories, he reveals a dark underground of otherworldly beings, secret cabals and deeply weird rituals. Despite how insane this plot sounds, the book is not only completely gripping but also intensely atmospheric. The Calcutta of Ghosh’s conjuring is a place of shadows and unsettling silences. In other words, a most apt setting for Murugun to recite these verses:

Half stunned I look around

And see a land of death-

Dead bones that walk the ground

And dead bones underneath;

A race of wretches caught,

Between the palms of need

And rubbed to utter naught,

The chaff of human seed.