The following article is reproduced with permission from In Frame, a magazine based in Chennai. Click through for original article and artwork

It was the early 1820s. Madras had just gotten herself a new Governor; a man whose policies would redefine the history of revenue and administration in India. This man, Thomas Munro, would soon become so popular that his admirers would even name their children “Munrolappan” after him.

Much like Munro, 300 miles south of the city, in Madurai, another white gentleman, Rous Petrie, the Collector of Madurai, was also becoming increasingly popular among the inhabitants of the temple town. Local lore today remembers him as Peter ‘Pandian,’ after the Pandian kings who ruled the town centuries before Petrie.

At Rous Petrie’s house in Madurai, his cook could be seen trying to kindle a fire with a bunch of papers, carelessly rolled up. He would then use them to “singe a fowl.” But little would he know that what was slowly turning to embers in his hands were papers of such historic importance that had they survived, they would have perhaps completely altered our understanding of the history of south Indian languages.

The papers that turned to cinder belonged to Ellis, a British scholar and administrator. In the years to come, the institutions that Francis Whyte Ellis helped establish would attract intellectuals from across the world to Madras. His legacy would influence the ryotwari system of Munro, the study of law, land and language in the south and even the Dravidian politics of the 1900s.

It was in 1798, when Mysore was being violently annexed by the Company that a 21-year-old FW Ellis landed in Madras, hoping, like every other young British man who came to the Orient, to build a glorious name, career and legacy. From his initial posting as an assistant to the Secretary to the Board of Revenue, he rose in rank to become the Secretary to the Board of Revenue in 1802, Judge and Magistrate of Masulipatnam in 1806, Collector of Land Customs in 1809 and subsequently, the Collector of Madras in 1810. 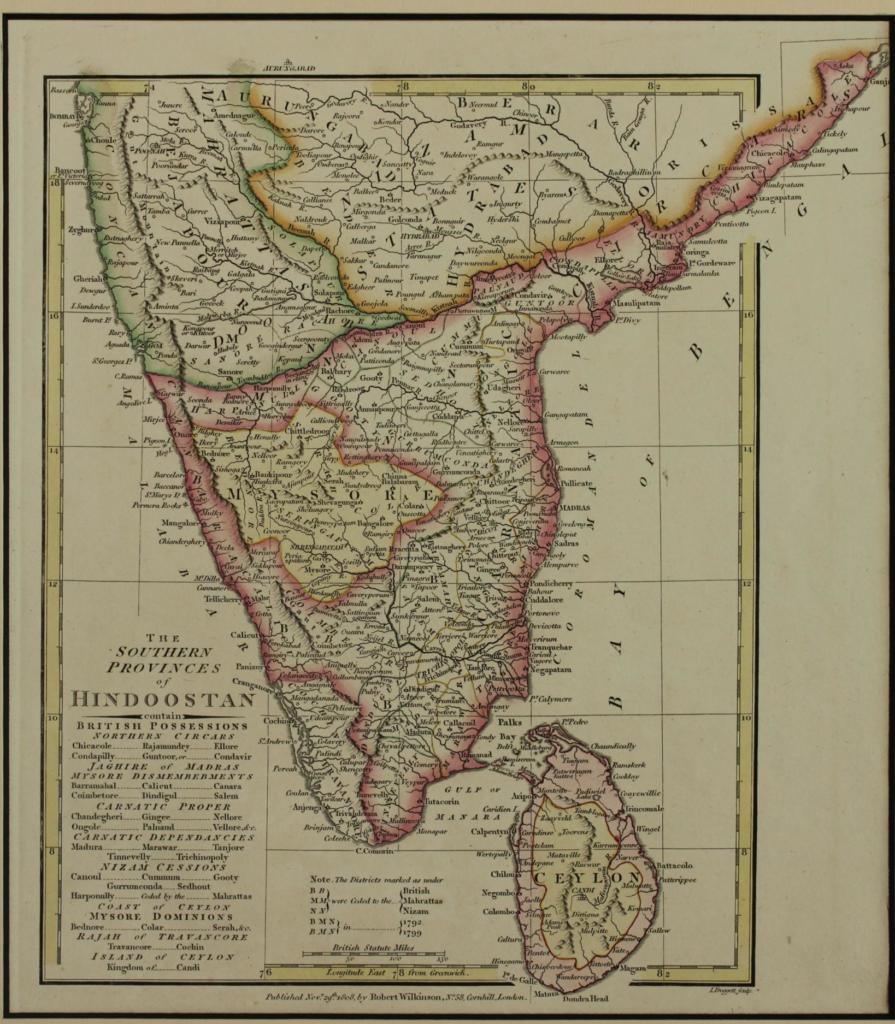 Even while he was an excellent civil servant, Ellis’ genuine interests lay elsewhere. He was besotted with languages, especially of the East. Ellis is described to have been an “unusually able linguist who could read Telugu, Tamil, Kannada, Malayalam, Sanskrit, Hebrew and even some Persian and Arabic.” What was initially a scholarly interest seems to have developed into a profound liking for the culture and customs of the people insofar as he seems to have even adopted some of it. And this set him miles apart from most of his contemporaries and his professional predecessors in Madras.

During his stint as the Collector of Madras, Ellis became acquainted with a number of local scholars as well a few orientalists from Bombay and Calcutta and their interactions inspired him to establish, in 1812, the College of Fort St. George, a college where aspiring civil servants were taught vernacular languages. The Madras Literary Society (MLS) was founded the same year. The following year, the college got its own press, the first press outside of Europe. Soon, books and novels in Tamil, Telugu, Malayalam and Kannada were sent for print.

At a time when the Company was busy rapidly expanding, colonising people and places, here was an English gentleman who sat serenely in his study, reading the Thirukkural and spouting Tamil poetry while appointing an Indian as the English headmaster in his College.

A quick glance at his actions through Edward Said’s lens might lead one to dismiss Ellis’ works as that of a shrewd orientalist. But upon closer inspection it seems Orientalism, as “a system of representation deployed for political purposes” in Saidian terms, was not what guided Ellis. The Madras School of Orientalism it appears, birthed scholars like Ellis who seem to have had a genuine scholarly interest in vernacular languages and a clear understanding of them that far surpassed their contemporaries in Calcutta. 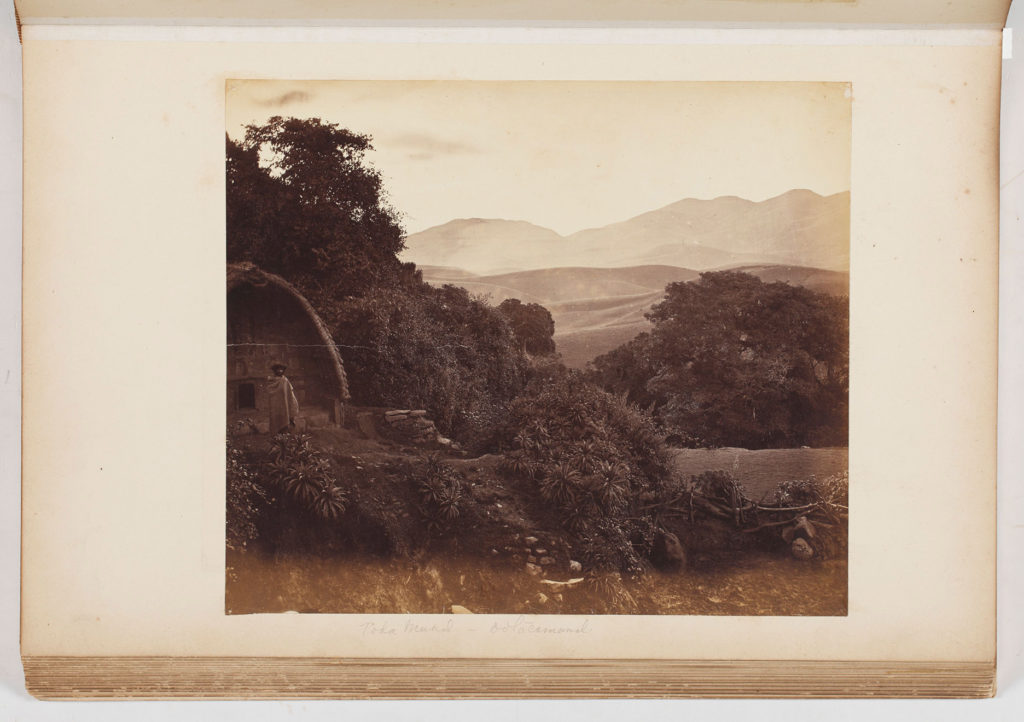 In the early 1800s, Ellis and his vernacular scholar friends, after much research, stumbled upon a discovery. Recording this breakthrough would be a herculean task and it was clear that an institutional backing would ease the affair. It was thus that Ellis proposed a college in Madras similar to the College of Fort William in Calcutta. Four years after the College of Fort St George was established, the discovery was published as a Note of Introduction by Ellis in the work of his protégé AD Campbell on Telugu Grammar. The note described that most south Indian languages existed as a separate ‘Dravidian’ family of languages and argued about the non-Sanskritic origins of the ‘Dravidian’ languages. The breakthrough questioned the hegemony of Sanskrit over most Indian languages as explained by William Jones. This idea of the Dravidian language family, expounded further by Robert Caldwell a few decades after Ellis, inspired a number of discoveries and the restoration of what is now considered classical Tamil literature, and it set off a domino effect that ended with the Dravidian Movement in the 1900s that continues to shape our perceptions of Dravidian identity and politics today. 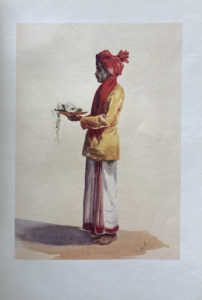 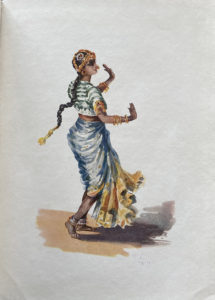 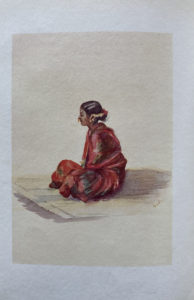 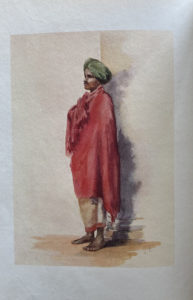 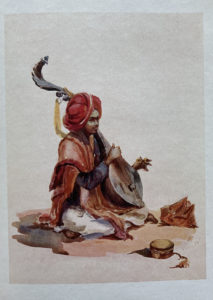 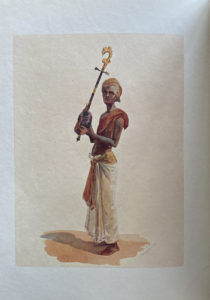 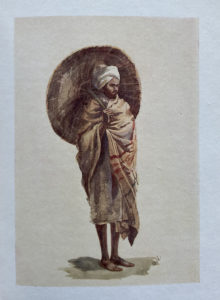 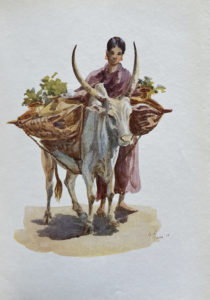 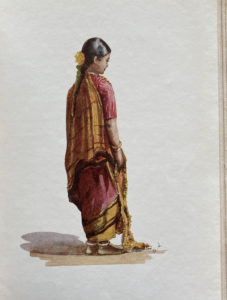 While Ellis was pursuing his interests in scholarship, he was also simultaneously managing his tasks as the Collector of Madras as well as the complex job of the Collector of Land Customs. As the Collector of Madras, he built 27 wells to tackle the water crisis that seems to have been as worrisome in Madras as it is today in Chennai. An inscription of his from Madurai, written in Tamil quite poetically, quotes Thiruvalluvar, whose works he famously translated, and proceeds to say: “I, Elleesan from Chennapatnam, the city between the Western hills and the Eastern Sea that shines like a jewel upon the ocean, on this auspicious day, have commissioned 27 wells.”

This Chennapattanathu Elleesan, as he called himself was, according to his closest friends, “ingenuous and shy,” but “obstinate.” However, his shyness, as it turns out, did not steer him away from some rather mischievous endeavours.

Exactly two centuries and two decades ago, the world was battling another epidemic; that of smallpox. However, the invention of vaccination came as a Noah’s ark, saving the world from a flood of infections. This ark soon reached India where it was welcomed only with fear and suspicion.

It is then that Ellis, with his deep understanding of local belief systems and cultural practices, is said to have committed a “pious fraud,” that of composing a “Legend of the Cow Pox” in Tamil. This “purana like text, consisted of a colloquy between Dhanwantari, the Physician God, and Shakti.”  Shakti declares that the vaccine is nothing but the 6th ‘gavya’ from the cow, “created by her to relieve humanity from suffering from smallpox.” The story was passed off as ancient, thus leading to many including even some western scholars later on to believe that the legend was indeed an authentic work by an ancient Indian scholar of medicine. Thus, by linking the vaccine to the revered cow and the Gods, Ellis tried to muster legitimacy for carrying out his propaganda for vaccination in the Presidency.

The smallpox legend composed in Tamil by Ellis, courtesy InFrame

Ellis’ broad plan for life was to publish his most important works after “becoming a ripened scholar at forty years of age.” In 1819, at 41, he set forth to Madurai to carry out further research, staying at the house of his friend Rous Petrie. Unfortunately, he would never return to Madras. While on a trip to Ramnad, Ellis is said to have died after a wrong dose of medication for chronic dyspepsia which he was suffering from.

The works of this exceptional scholar that are available to us is therefore only a fraction of what would have been if not for his untimely death. Parts of his incomplete works were lost to Rous Petrie’s kitchen fire while what remained was published posthumously by the College.

What we know of about Ellis today, comes from the academia; most particularly the works of American historian Thomas Trautmann among a handful of other scholars who put together the Ellis puzzle by collecting the pieces from Ellis’ personal letters sent to friends, from the British and Tamil Nadu archives and libraries across the world.

Like Ellis, the College he established also lived a rather short life, shutting down in 1854. By then, the campus had been moved to where now stands the DPI complex, in College Road. It is in fact this forgotten College that gives the College Road its name. Luckily for us, the charming red building adjacent to the College, the MLS, survived the test of time. After Ellis’ death, according to Trautmann, the Society foundered a bit but soon picked up to become one of the world’s most famous repositories of books and manuscripts, attracting highbrows from across the globe and serving as the venue for several historic gatherings including even Masonic meetings and that of India’s famous nationalists a century later. 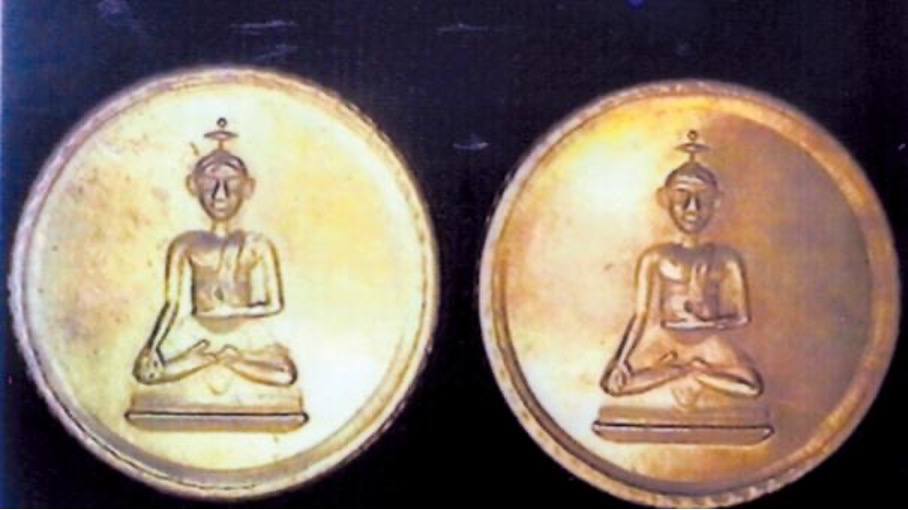 FW Ellis had a gold die-block made at the Madras Mint with the figure of Thiruvalluvar, such was his regard for the Tamil poet and philosopher

Ellis-durai lives in popular memory today in Ellis Street near Mount Road and Ellis Nagar in Madurai. Some of his works including the famous English translation of Thirukkural, a few dissertations in Malayalam, Telugu and Tamil, and a Treatise on Mirasi Rights etc, continue to be popular, though only within the academic spheres. But otherwise, Chennapatnam’s Elleesan seems to have been trapped in history under the weight of his own feats, now lost in time.