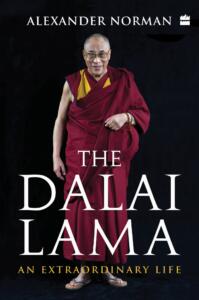 For most people worldwide, Tibet was hardly a major issue. Many had heard of the Dalai Lama, but few know much about his homeland. It was therefore a matter of deepest regret to the Tibetan leader that, when news of the Land of Snows did finally make headlines, the picture it presented should be so dismal. Nevertheless, at the time, it did not prevent the Chinese president from announcing to international media just before the Olympics: “Our attitude towards contacts and consultation with the Dalai Lama is serious.” This was taken by sympathizers as a sign that the main effect of the riots was to show the Chinese the strength of Tibetan discontent. While it certainly did that, once the Games safely passed without major protest — despite earlier suggestions, no head of state apart from Poland’s stayed away in solidarity with theTibetan people—Tibet abruptly vanished from the world’s consciousness. A proposal on autonomy presented by negotiators from Dharamsala that autumn met with nothing more than derision. By the end of the year, the Dalai Lama was admitting that all his efforts of the past thirty years to find a political solution agreeable both to Tibet and to the Chinese had failed.

Since then, the Dalai Lama has made repeated admissions of the failure of his policy of rapprochement with China. From his perspective, his determination to meet Beijing halfway by demanding autonomy but not independence for Tibet has resulted in nothing other than cynical maneuvering on the part of the Chinese government. When the spotlight was on China at the time of the Olympics, its officials let drop one or two hopeful remarks for the benefit of those listening but then failed to act on them. And yet, in admitting the failure of his Middle Way policy, the Dalai Lama did not disavow it. Instead, he immediately responded with a plan to call a referendum to learn the will of the people. Did they or did they not want to continue with the policy in spite of its manifest failure? At first the vote was to have included all Tibetans, but the impracticality of a full plebiscite meant that, in the end, it was confined only to the diaspora. Unsurprisingly, it was found that the vast majority were indeed in favor of accepting the Dalai Lama’s views and continuing with the policy.

Of course, such a referendum was only ever going to yield one result, given that the Middle Way was still the Dalai Lama’s preferred option. But it is important to recognize here the Dalai Lama’s openness to dissent. To the dismay of many, some Tibetans in exile even had the temerity to do so. Both the Tibetan Youth Congress, long a source of rumblings in favor of direct, even violent action, and Amnye Machen (a Dharamsala-based research institute) made clear their rejection of the Dalai Lama’s policy, albeit expressing full confidence in his spiritual authority. A small number of elected politicians also broke ranks. To this, traditionalists reacted with outrage at what they saw as open expressions of disloyalty, some even calling for violence to be visited on the offenders.

It is often imagined that genuine democracy, once established, must, by virtue of its own internal logic, succeed as soon as it is implemented. That this view is naïve is shown by several recent attempts to initiate rule by the people, for the people, in countries where, historically, other systems have traditionally prevailed. In the case of the Tibetan diaspora (as no doubt would also be the case if ever democracy came to Tibet itself ), loyalty to the Precious Protector is seen — even by many educated young people — as having greater value than the free expression of opinion. Yet for all this, most recognize the wisdom of the Dalai Lama’s position. To make violence a component of policy is unthinkable for him. But beyond this, it is obvious that, even if every man, woman, and child were to take up arms, a few million Tibetans could not possibly succeed against the might of all China. The effect of conflict would only be more pain and more suffering for more people. The Dalai Lama’s Middle Way policy thus prevails.

And yet, tragically, a new and still more desperate expression of discontent erupted among Tibetans just a few months after the Beijing Olympics as a young monk from Kirti Monastery in Kham poured gasoline over himself and lit a match. When, in 1963, a Vietnamese monk had done the same in protest against the Diem government, President John F. Kennedy said of the Pulitzer Prize–winning photograph of the event that no other news picture in history had aroused such emotion around the world. But though also photographed, the incident in Tibet was barely remarked on by the world’s media.

Although at first this looked like an isolated incident, it was followed by a shocking spate of fourteen more self-immolations in 2011 and a staggering eighty-six in 2012. The figure dropped to twenty-eight the year after and eleven the year after that, and, since then, only a handful more have been recorded. But just when it seems the last flames have died down, more leap into Tibetans’ collective consciousness as some (usually) young man or some young woman undertakes the ultimate protest and another name is added to the martyrs’ memorial in Dharamsala. At the time of writing, more than 150 cases have been recorded.

The statistics are as sorrowful as they are startling. But it is the Dalai Lama’s reaction to them that seems to many to be almost as remarkable, if differently so. While one might expect him firmly to oppose such horror, at no point has he come forward categorically to condemn the practice. In fact, self-sacrifice, usually by burning but also by other methods, such as starvation, is an attested component of Buddhist tradition with scriptural warrant—in both the Jataka Tales and the Lotus Sutra, for example. When, therefore, the Dalai Lama is called upon by the Chinese to repudiate self-immolation, it is actually not surprising that he refrains from doing so definitively—even though he discourages it. For him, the question is one of motivation. To the extent that the act is motivated by compassion (a motivation that the Dalai Lama has said would be extremely hard to maintain in the circumstances), it may be consid- ered licit nonetheless. We should also remember that, from the point of view of the families and loved ones of those who have made what they see as the ultimate sacrifice, an edict from the Precious Protector condemning the practice would seem a cruel repudiation.

For an outsider, it is almost impossible to imagine the depths of despair, coupled with love for the Dalai Lama, that, even after all these years, a majority of Tibetans continue to feel in the depths of their hearts. If, though, we look at some of the photographs taken during the first half of the twentieth century—or, better still, some of the silent film shot by Sir Basil Gould on his 1940 expedition to Lhasa for the enthronement of the Dalai Lama — perhaps we can attain an inkling of it. Though somewhat grainy, the best frames give a vivid sense of the tradition that still has such a grip on the Tibetan imagination. There we catch a glimpse of the culture before the ill winds of industrialism blasted the country’s fragile landscape. There we see the world ordered aright: the high-ranking members of the Ganden Phodrang government, the length of pendant in their left ear denoting their rank, standing swathed in delicious golden brocade shot with turquoise and green, vermillion and violet, the womenfolk adorned with fabulous headdresses on which are displayed lapis, coral, and jade, while around their necks they sport strings of gzi, the strange “heaven pearls” said to have been made by the gods themselves. There we see the leading lamas of the day, likewise sumptuously clad, as befits their status, and the serried ranks of religious — testimony to the indispensability of the sangha in public life — while we can almost hear the whirl of prayer wheels spinning in the hands of the faithful to affirm the primacy of religion in the lives of the laypeople. But we note, too, signs of the feudal character of the old society: the grooms trotting alongside their masters’ palfreys, the servants standing mutely expectant at their beck and call.

If it is true that in this film and in old photographs we get an inkling of what has been lost, it would be quite wrong to suppose that it is the outward expression of this loss that people mourn. The often opium-addicted, often weak, conniving, and morally corrupt aristocrats are not missed. Still less does anyone regret the abolition of the feudal system, the exploitation of the many by the few, and the lifelong obligations to monastic and manorial estates. No, it is neither the pomp nor the circumstance of the old days that is regretted. Rather, it is the right-ordering of the world — a world where the Potala’s Lion Throne is occupied by the Precious Protector and in which the rites and re- membrances of religion occupy their proper place at the heart of public life — that is so keenly lamented.

Very likely those young men and women who sacrifice themselves have little idea what the return of the Dalai Lama would entail; they merely sense that it would be enough. And they would be right. The fact is, it is unthinkable that he would do so without some guarantee of basic liberties for his people: education in their own language, freedom of association, equality of opportunity, and, above all, the lifting of restrictions on religious practice. Of course, no such rights were recognized in the old Tibet. Outside the monasteries there was little, if any, education available, and none for free. There was no freedom of association or opinion, as Lungshar learned to his terrible cost. As for equality of opportunity, the concept had no meaning — even if it was true that a good number of lamas, such as Reting Rinpoché himself, were of humble background and that one or two who came to the Dalai Lama’s attention were promoted to the aristocracy. In general, if you were born to a low estate, that was your karma. If, then, you ran away from a master, you were justly liable to punishment—even though you had no means of paying debts incurred by your forebears many generations ago. Far from bringing about a return to the old ways, the Dalai Lama’s reinstallation at the Potala would signify a radical departure from the past. Yet while all this would of course be welcome, it is the mere fact of Chenresig residing among his people for which most Tibetans yearn before all else.

Excerpted with permission from HarperCollins India.