They came to work, learn or make a quick buck. They came from Morocco, China, Russia and Greece. They were escaping angry kings, irate creditors or just the tedium of a well-ordered life. And they were all headed in one direction. India has always held a strong attraction for those who couldn’t resist the promise of the open road. Rich in natural resources, unique in its swirl of cultures and friendly to foreigners, our country has for centuries been on the bucket-list of every traveller worth his salt. This is by no means an extensive list—follow us on Instagram or Facebook to meet other historical visitors—but it gives a good idea of the range of personalities drawn to this corner of the earth, and the tales they took back home.

1. Ever the diplomat: Megasthenes 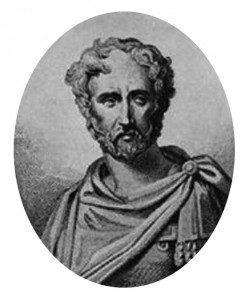 A Greek diplomat in the court of Chandragupta Maurya in 300 BCE, Megasthenes was one of the first ever historians to paint a picture of India for the western world. The portrait that emerged from his travelogue, Indica, was a flattering one. Megasthenes, who entered India through present-day Punjab and is thought to have travelled as far south as Madurai, described the country as wealthy, fertile and free of slavery and famine. His accounts were discredited, even ridiculed, by later historians but they represent the earliest known views of India by a foreigner.

Also read: How Megasthenes’s description of the cotton crop he saw in India gave rise to a wild theory about lambs growing on trees

2. Refugee of faith: Thomas of Cana 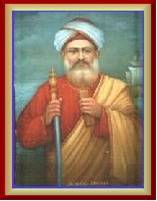 In 345 AD, a few hundred Christians from present-day Turkey landed on the Malabar coast seeking refuge from the religious oppression of Shapur II, king of the Sasanian Empire. This group included bishops and priests who were led by a merchant, Thomas of Cana, who is immortalised in the stories and songs of the Syrian Christian community today as K’nai Thoma. He is believed to have played a pivotal role in establishing these refugees in India by securing land from the king of Malabar, Cheraman Perumal, to build a church in Kodungallur and arranging marriages that helped the foreigners assimilate into the local milieu. Kerala’s Knanaya Christians claim to be the descendants of K’nai Thoma.

Also read: More more about the history of Christianity in India, and meet the other significant Thomas

3. Pilgrim on a mission: Faxian 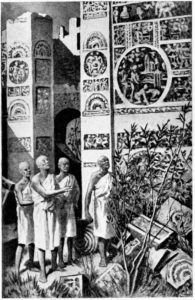 Faxian at the ruins of the palace of Ashoka. Image courtesy Wikipedia Creative Commons

If Megasthenes was here to do a job and Thomas was escaping persecution, Faxian aka Fa-Hein was in India by choice and in pursuit of something greater. This 5th-century Chinese monk was on the quest for sacred Buddhist texts from India and present-day Sri Lanka. In his book, A Record of Buddhist Kingdoms, Faxian makes a favourable report of what he saw in empire of Chandragupta Vikramaditya: “The people were rich and prosperous and seemed to emulate each other in the practice of virtue. Charitable institutions were numerous and rest houses for travelers were provided on the highway. The capital (Pataliputra, present-day Patna) possessed an excellent hospital.”

Also read: While his report was mostly rosy, Faxian did make note of injustices he saw in India, ones that are sadly still in force today.

Al-Biruni was an 11th-century Iranian polymath (among the fields of study he mastered were linguistics, astronomy, mathematics, physics and natural sciences), who visited India in a spirit of scientific inquiry. He wrote the earliest text on Indology or South Asian studies, a book whose Persian title translates to: Verifying All That the Indians Recount, the Reasonable and the Unreasonable. Rather than the politics or military might of al-Hind, Al-Biruni was curious about the people, topography and cultures of the empire.

Also read: Was Al-Biruni the first scientist to theorise about the speed of light? He may well have been 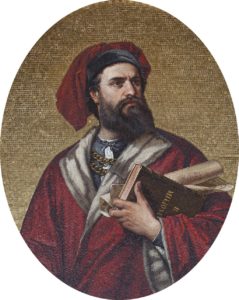 Marco Polo didn’t set out to write a book about his experiences in the east—that part just sort of happened. He was simply following in the footsteps of his father and uncles when as a boy he set out for China to trade in the kingdom of Kublai Khan. He soon earned the freedom to travel widely across China, Myanmar and India. Marco Polo is said to have visited Golconda during the reign of the Kakatiyas in 1299, besides also stopping in the coast of Malabar and Gujarat. After two prosperous decades spent in the East, he returned to his home in Venice where he was taken a prisoner of war by the Genoans. In prison, he narrated tales of his travels to his cellmate and these were later published under the title, The Travels of Marco Polo. 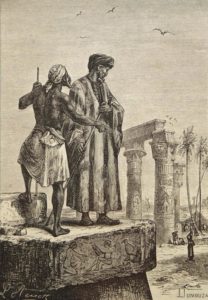 This legendary 14th-century traveller from present-day Morocco was guided by his faith and his curiosity to leave home for three decades during which time he visited such far-flung nations as Somalia, India and China. A deeply knowledgeable Islamic scholar, Ibn Battuta was a prized guest in royal courts along the way, not least of all in Muhammed Bin Tughlaq’s Delhi where he lived for six years. Being at the mercy of such a mercurial patron made life difficult for the explorer, all of which is recorded in his book Rihla (Arabic for ‘journey’).

7. Here for the trade: Afanasy Nikitin 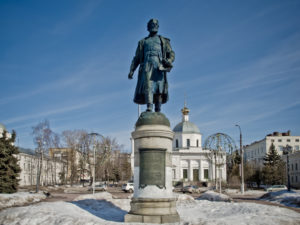 There’s a widely accepted theory among historians that Nikitin left his hometown of Tver in Russia in the 1460s as a merchant in debt. The plan was to make money and return to clear his name, but he never made it back. As he travelled by sea towards Shirvan (in present-day Azerbaijan) he was robbed twice, making the journey forward something of a compulsion; if he could get to India, renowned for its wealth of indigo and spices like pepper, he could perhaps recover his losses. To this end, Nikitin passed as a trader through Gujarat, the Konkan coast and Bidar in present-day Karnataka, all the while bewildered, disoriented and not noticeably enriched by this land. But the accounts of his Indian journey, published after his death in the book, The Journey Beyond Three Seas, are historically significant even today for the picture they paint of 15th-century India.

Also read: How Nikitin’s travelogue sparked a fascination with the subcontinent in Russia 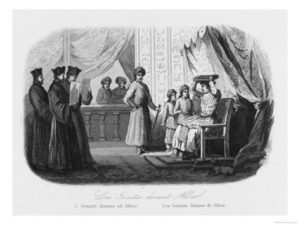 ‘Akbar receives a deputation of Jesuits’

During Akbar’s reign from 1556 to 1605, Portuguese missionaries from Goa made a few forays into the royal court in an attempt to influence this seemingly broad-minded Mughal. The emperor, who’d also had Jain and Sikh teachers, welcomed religious heads into his court and it was in this spirit of secularism that the Lisbon-born Antoine de Monserrate became tutor to Akbar’s son, Murad, in 1579. The Jesuit priest often travelled with the royal entourage and it gave him a rare ringside view into the workings of the Mughal court and these observations were compiled in the book, The Commentary of Father Monserrate, the Society of Jesus, on his Journey to the Court of Akbar.

Also read: What Father Monserrate thought of his charismatic patron in this English translation of his book

To Mughal historians, Manucci’s account has the same value as someone live-tweeting from the court of Aurangzeb—it’s a priceless perspective. This Venetian was a runaway teen who, having landed in Surat in 1656, steadily made his way north and into the army of Dara Shikoh. From there on he would travel east up to present-day Dhaka before returning to Delhi, moving to Goa, working as a physician in Lahore, treating Emperor Shah Alam I’s wife in Delhi again, fleeing to Madras where he wrote his Mughal memoirs, Storia do Mogor, and spending his last days in Pondicherry. His book contains a wealth of information not just about military strategy or tax collection, but also about the lifestyles of the rich and royal. Like this little nugget: “So great is the dignity with which the Mogol kings travel, and the delicacy with which they are treated, that ahead of the column goes a camel carrying some white cloth, which is used to cover over any dead animal or human being found on the road. They place heaps of stones on the corners, so that the cloth may not be blown away by the wind. When he passes, the king stops and asks the why and the wherefore.”

Also read: ‘Hakim Niccolao and the cannibal qazi of Lahore’ 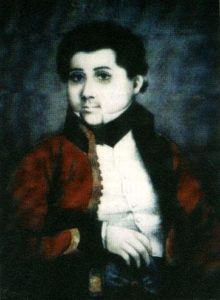 What a character, what a story. While all our travellers had epic, cinematic adventures, the life of Walter Reinhardt aka Sombre aka Samroo reads like the script of an action film. A military-man unburdened by notions of patriotism, Samroo fought for the highest bidder or the winning-est side, variously serving in the French, Swiss, Awadh and Bengal armies in the mid-1700s.His origins are a mystery but his conquests on the battlefield were unambiguous. Soon, he started his own army of guns-for-hire and became the ruler of Sardhana in present-day UP. His leading lady was equally incredible. A dancer in Delhi’s red-light district, Farzana was 14 when she met our hero but Begum Samru, as she later became known, would take over her husband’s kingdom and his army after his death in 1776.