Stephen Neill, an Indian missionary and bishop who authored ‘A History of Christianity in India’, offers in his book a pithy overview of the physical charms of Indian churches built in the 18th and 19th centuries: “Most of the churches followed a Western, and not an Indian, pattern of architecture. In cases where the entire population of a village had become Christian, the existing Hindu temple was adapted to the purposes of Christian worship. But if the congregation grew and a larger church had to be built, almost inevitably the congregations desired to have a building modelled on Western churches which they had seen.” All the churches on this list have either been built or renovated in that time period and as you’ll see, Neill’s observation holds out pretty well. 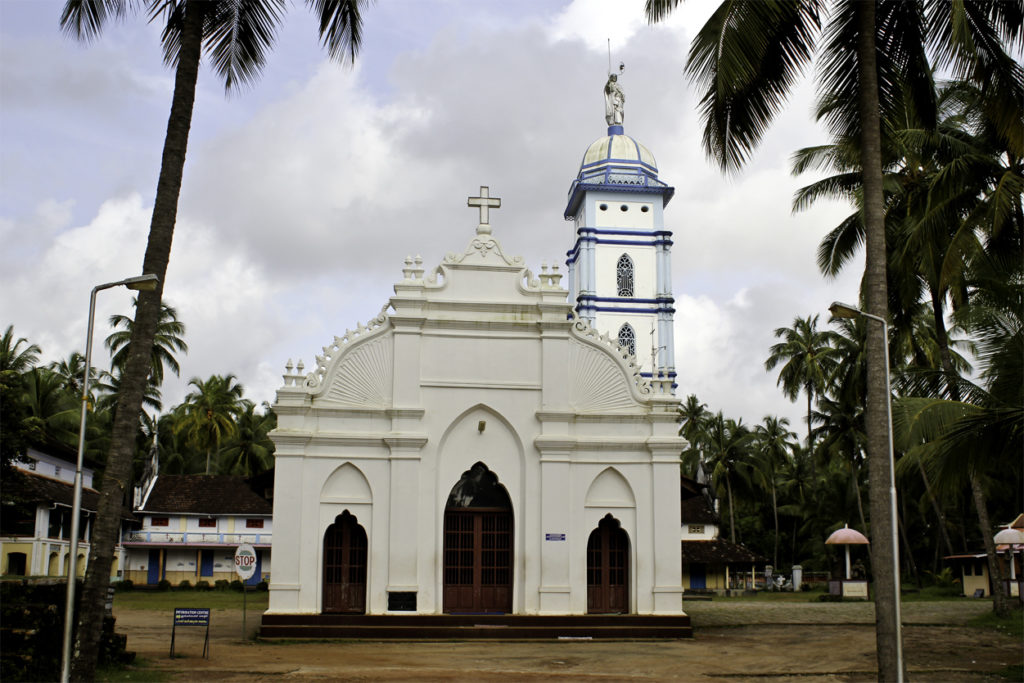 It’s considered to be one of the oldest churches in the country and believed to have been founded in 52 AD by one of Christ’s 12 apostles, St. Thomas, for whom it is named. Of the seven churches he is said to have established in Kerala, this is one of the few to have stayed put at the original location and the only one to be in continuous operation for two millennia. However, the original wooden structure was built upon in the 17th century and the façade you see above of the ‘old church’ is in typical Portuguese style. 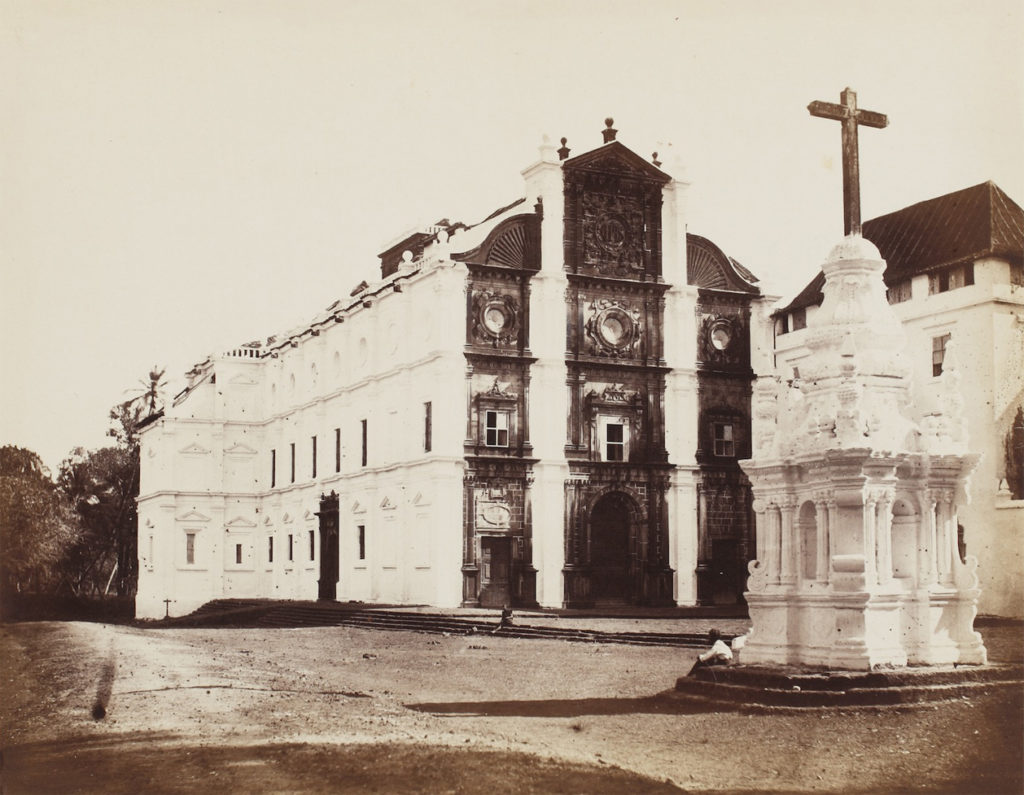 Another Portuguese classic (see the resemblance with the Kerala church above?) and a protected monument as a UNESCO World Heritage Site, this Goan beauty was as much a photographer’s muse two centuries ago as it is today. The main attraction inside is the incorrupt body of St Francis Xavier, a 16th-century Jesuit missionary whose work in Asia earned him the moniker of Apostle of the Indies. The plaster covering the church was apparently stripped off by a misguided conservationist in the 1950s, which accounts for all that exposed brick. 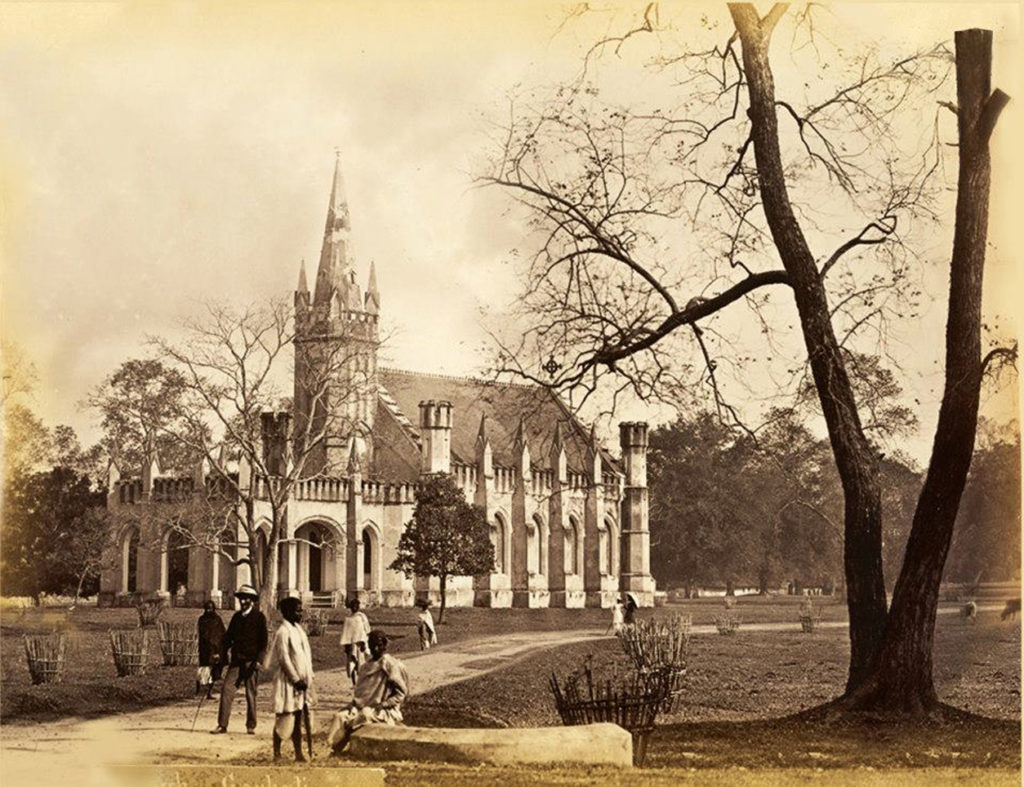 This 174-year-old church is among North-east India’s oldest and a true survivor. Two violent earthquakes, one in 1856 and another in 1897, heavily damaged the structure but each time it was rebuilt. While this iteration from the 1860s is typically Gothic with its turrets and spire, the current architecture of the church is more local in character with sloping roofs and homely climbing vines. 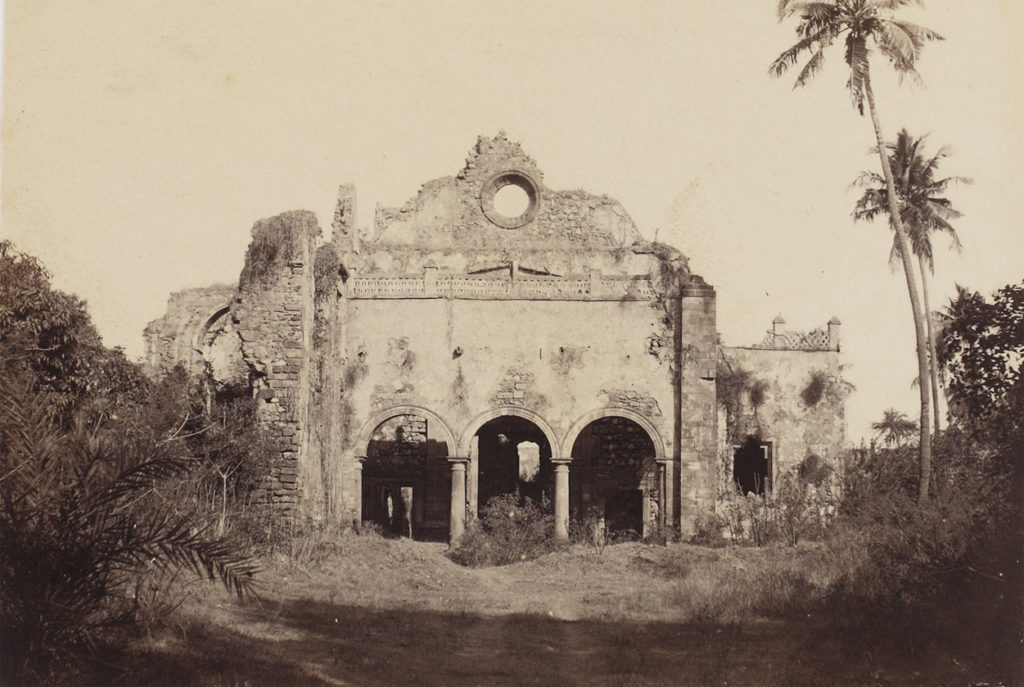 Fort Bassein is the merciful abbreviation of a Portuguese mouthful: Fortaleza de São Sebastião de Baçaim. Located in Vasai, a far-flung suburb of Mumbai, this fort contains a cathedral and thirteen churches within. These 16th-century ruins are a very popular spot with filmmakers and were most recently featured in Coldplay’s 2016 hit, Hymn for the Weekend. 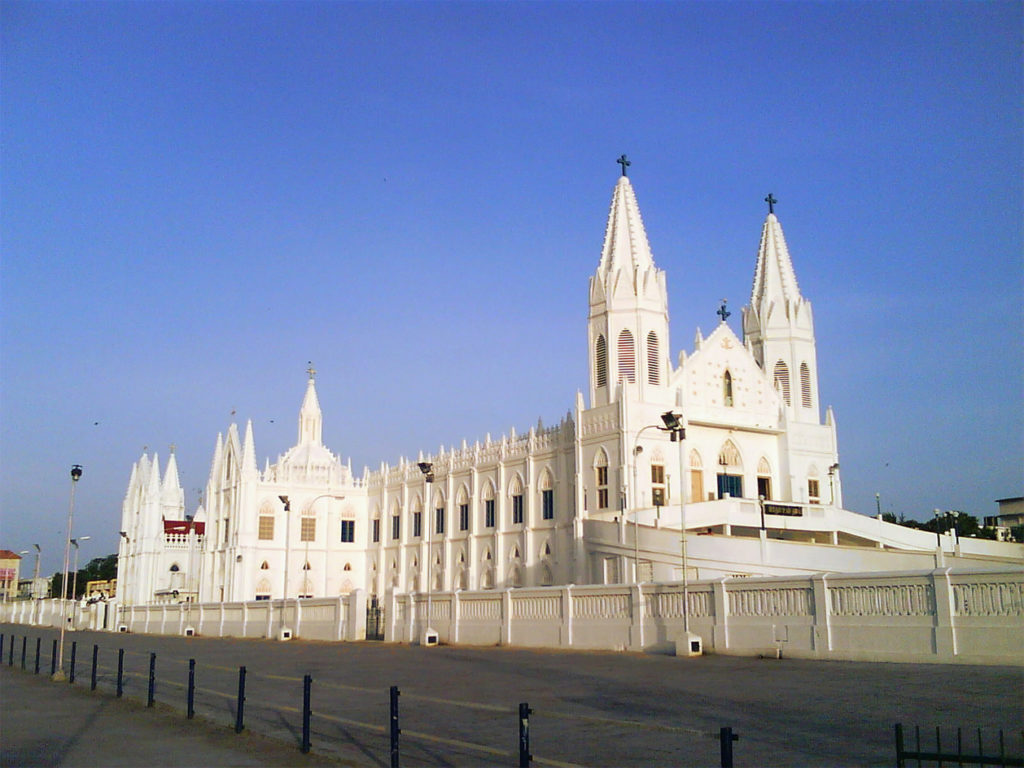 Speaking of Gothic, it doesn’t get more spectacular than this pilgrim-magnet in Velankanni. Mother Mary is the chief deity here and the church has the only statue in the world of the Virgin in a sari. What started as a humble little shrine with a reputation for healing sickness and averting disasters in the 16th century is today one of the major Catholic landmarks in India, drawing millions of pilgrims of various faiths each year.

Situated in present-day Pakistan, St John’s Cathedral is the oldest church in the city of Peshawar. This photograph was taken in 1878, only two decades after it was built. St John’s was meant to serve the families of the British soldiers who were fighting Afghans at the north-west frontier. At the same time, a keen young photographer named John Burke was hired by the British Army to cover the battle in the region. He later travelled through Afghanistan extensively and took some of first ever photographs of the country.

Edmund David Lyon was a British officer and amateur photographer who travelled to India in 1865 and set up a studio in Ooty. Besides temples, forts and other sites of archaeological importance in southern and western India, he also took a keen interest in documenting the lush hill stations around his home. This view of Coonoor in the Nilgiris takes in the Catholic church of St. Anthony’s, which started life in a barn in the 1860s and would go on to acquire two stately spires in the early 20th century.

Built in 1847, St. Paul’s is a breathtaking example of Indo-Gothic architecture, which infused Indian and Islamic design elements into more formal Victorian styles. No expense was spared by the East India Company, who spent Rs 5 lakhs building the Cathedral in the city that was then their Indian capital. St. Paul’s central spire and square tower are modelled on the famous 12th-century Canterbury Cathedral in Kent, England.

Designed by the same celebrated architect who built Kolkata’s Victoria Memorial Hall and Mumbai’s Crawford Market, All Saints’ Cathedral is another colonial-era church built in 1887. Unlike many of its Gothic counterparts in the country, this church is optimised for the sweltering tropics thanks to its use of red tiled roofs and sandstone walls that keep the inside cool. 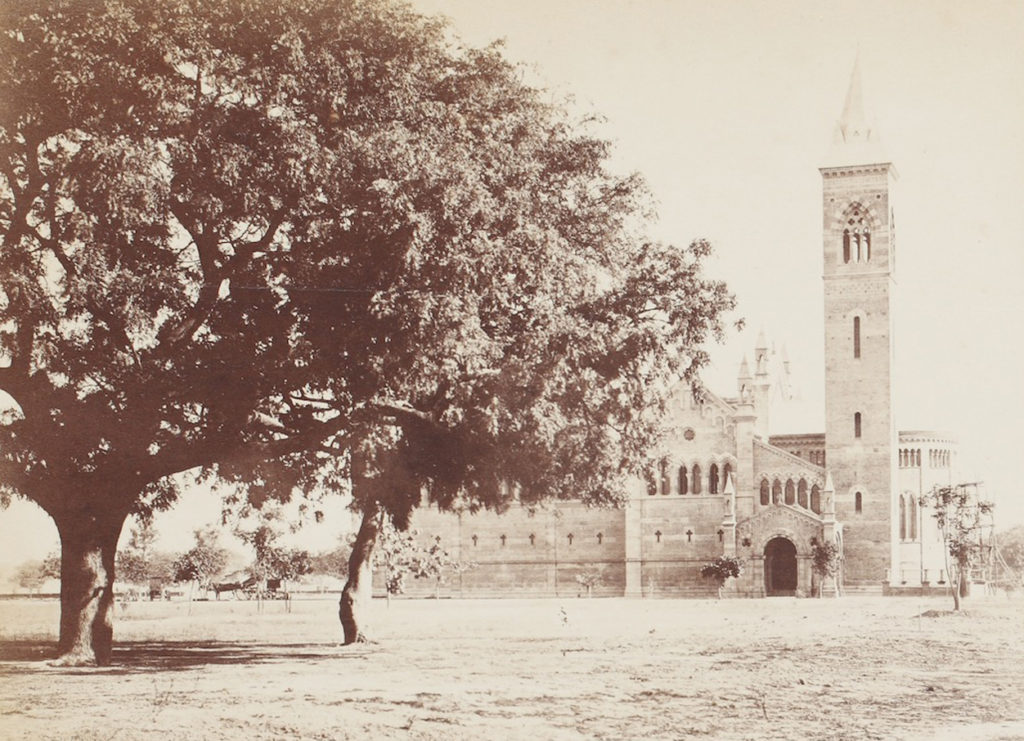 “Remember Cawnpore!” was a war cry during the Uprising of 1857 and it referred to the siege of Kanpur during which British women and children were killed by Indian rebels. The Memorial Church is its brick-and-mortar equivalent. It was built in 1875 in the name of the people who lost their lives and was earlier christened All Souls’ Memorial. This image was taken by the 19th-century German photographer John Sache, who spent a few years documenting Indian landscapes and monuments.