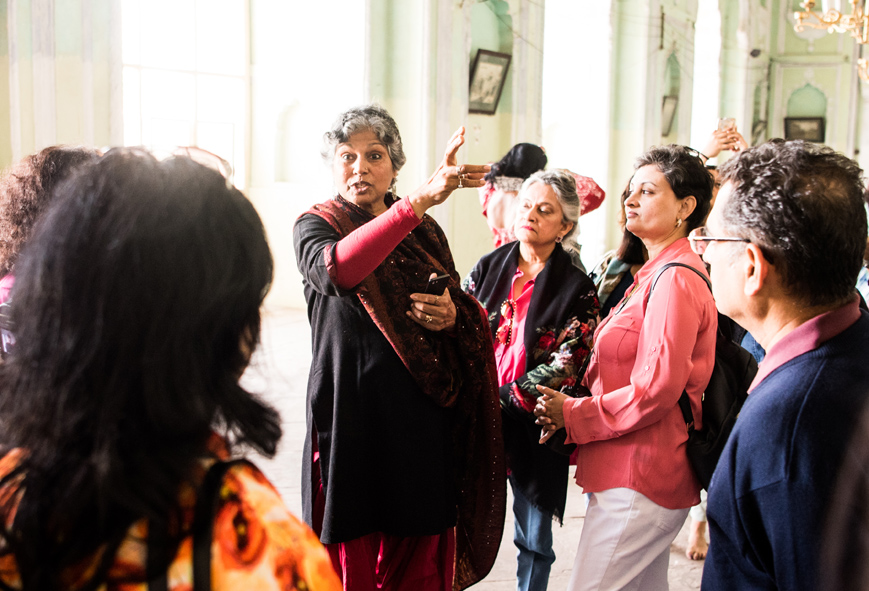 A city can have no more loving translator than a local. Someone who sees both the soaring possibilities of its skyline as well as the heartaches tucked into its bylanes. And when it comes to Lucknow, you can do no better than Mehru Jaffer. She’s an author (The Book of Nizamuddin Aulia, The Book of Muinuddin Chishti, The Book of Muhammad), a scholar of Islam and a veteran journalist. Most importantly, after spending a lifetime here, she’s still a besotted Lucknawi. For Sarmaya’s Art of Travel series in Lucknow, we spent a morning exploring Bara Imambara with Jaffer. Here’s what we found most fascinating about this most iconic landmark.

1. It’s personal and political: As Jaffer pointed out during our heritage walk, politics and religion were closely intertwined in the history of Lucknow. This is illustrated perfectly by the Bara Imambara complex, which functioned both as a place of worship as well as a citadel. It’s a perspective that helps you reimagine this sleepy 18th-century monument as the vital heart of the city it once was. 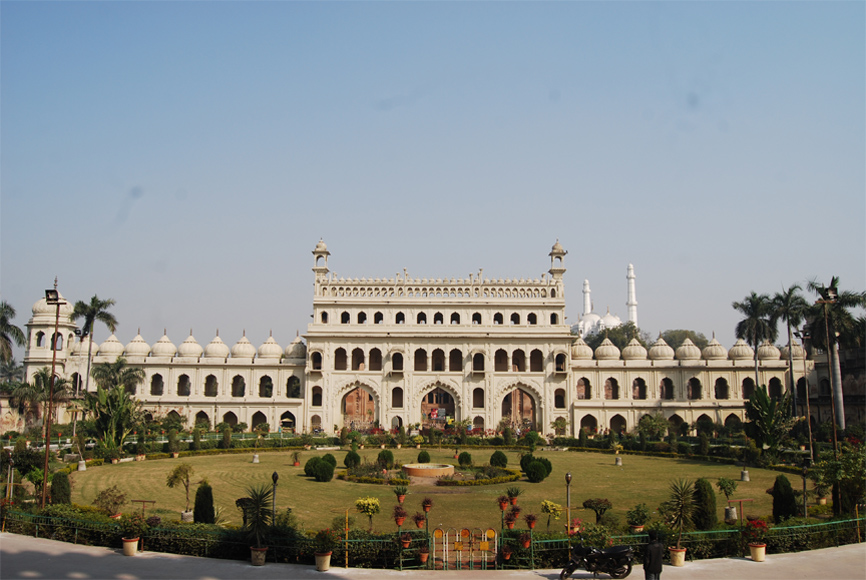 2. Here stood a fort: While the Bara Imambara complex houses the Asafi Masjid and is a significant spiritual centre for Shia Muslims, its architects also had a more pragmatic purpose in mind. This is betrayed by the alcoves in the ornate entrance from where cannons could fire and the maze that could trap fleeing assassins. 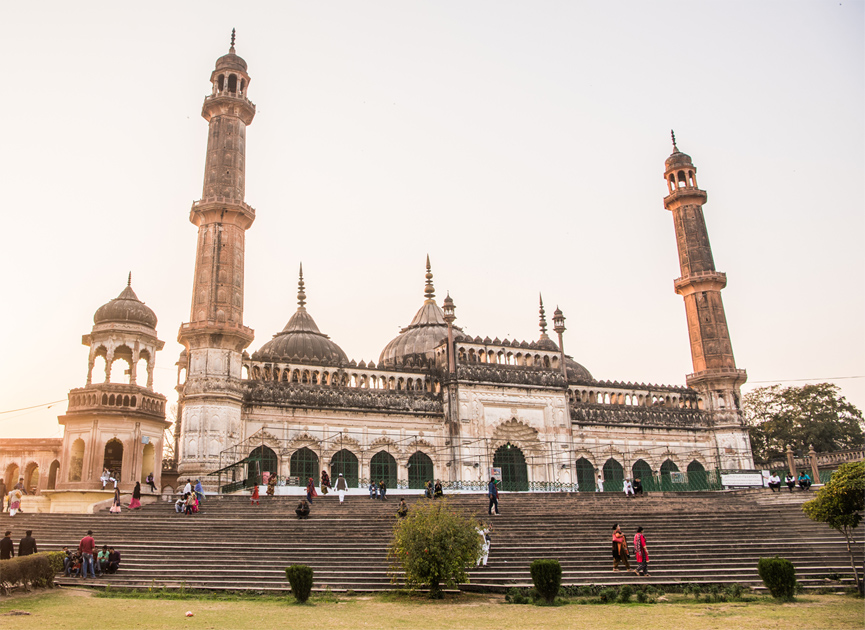 3. It was a gift: The Bara Imambara is also a symbol of that very Lucknowi of things, ie tehzeeb, which refers to a certain delicacy of feeling. The year was 1785 and the Awadh region was in the grips of a terrible famine. To help his subjects in a way that preserved their dignity, the ruler of the land, Nawab Asaf-ud-Daula commissioned the building of a religious complex that would employ the entire city.

4. Everyone built the Imambara: Any citizen, from the abjectly poor to bankrupted gentry, could help the construction efforts and earn an honest day’s wages. Or an honest night’s, as the case may be—legend has it that members of the impoverished upper classes would be employed at night to undo the labour of the day workers. In this way, everyone could save face and have food on the table. The whole complex took 14 years to complete. 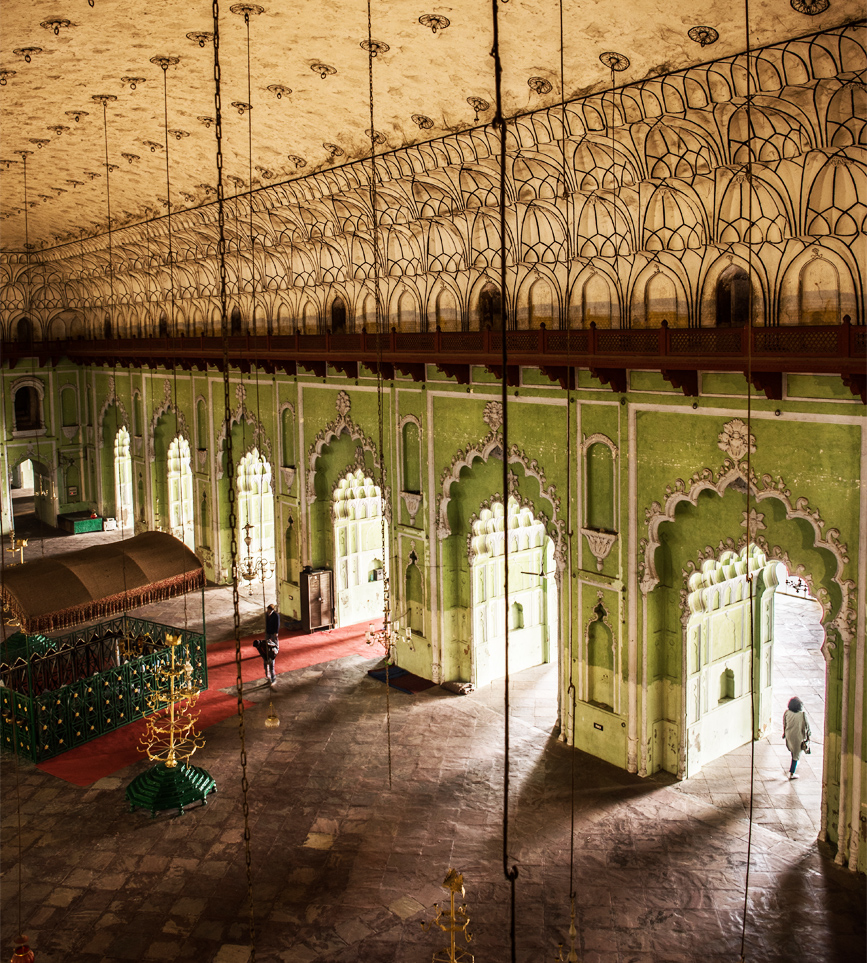 5. There’s more than one way to pray: Named for its patron, the Asafi Masjid is still open to the faithful today. However, according to Jaffer, it’s believed that any prayers offered next door, at the tomb of the Nawab aka the Imambara, are for the eternal peace of the beloved ruler’s spirit.

6. It’s truly green: Step into the main hall of the Imambara and you’ll feel an instant drop in temperature. This cleverly designed structure follows several green principles, according to this article by The Times of India. The architect, Hafiz Kifayat Ullah Shahjahanabadi, used twin walls, high ceilings and building material that ‘breathes’ to keep the airy interiors cool all year long. 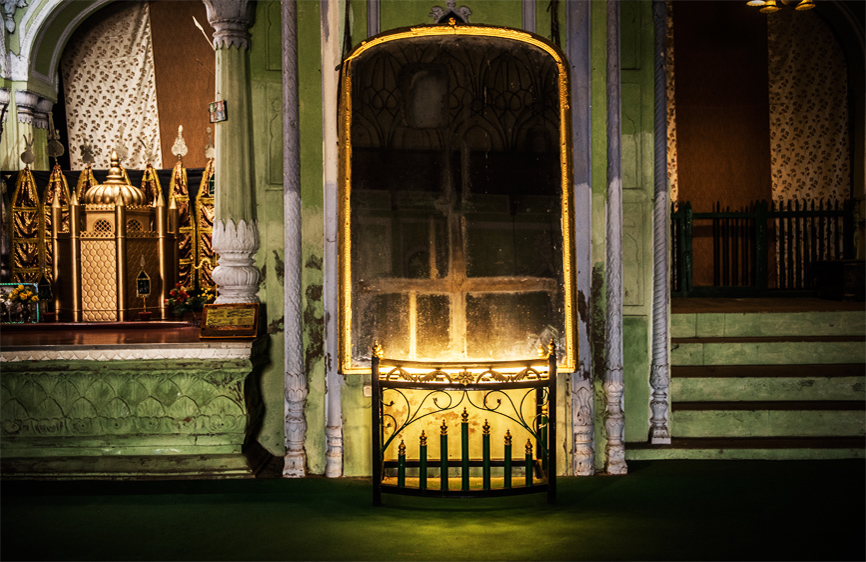 7. You could get lost in here: Military strategy notwithstanding, the maze or Bhool Bhulaiya in the Imambara is believed to be an architectural accident. It’s a happy by-product of the physics of building a tall, free-standing structure with no pillars, beams or metal inside the walls.

8. A grand entrance is always possible: Originally intended to be the gateway leading up to the Imambara, the Rumi Darwaza has been greatly reduced over the years. It’s built in typical Awadh style with pretty scallops, arches and flourishes scooped into the lime façade. 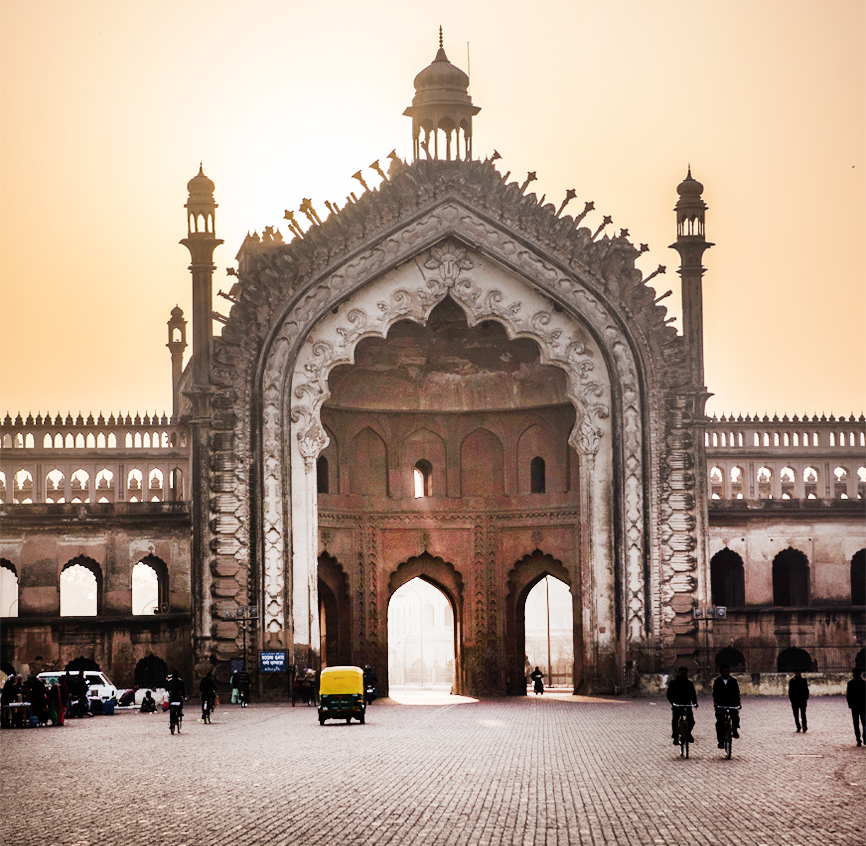