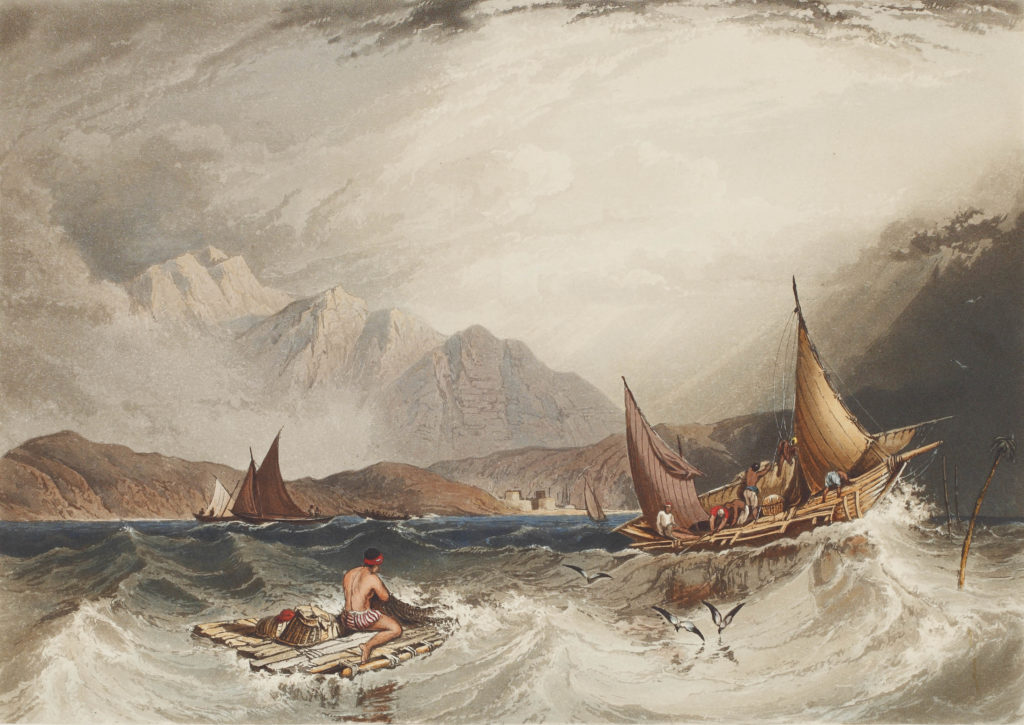 Fishing boat in the monsoon at the Bombay Harbour

Perhaps it was because he came here as an impressionable teenager recruited to the East India Company army. Or maybe it was all the travelling he did as he rose in the ranks from cadet to Lieutenant to Captain. Then again, we might blame the setting—the stormy coasts, rocky plateaus and tranquil plains of western India. Either way, Robert Melville Grindlay became a man besotted. 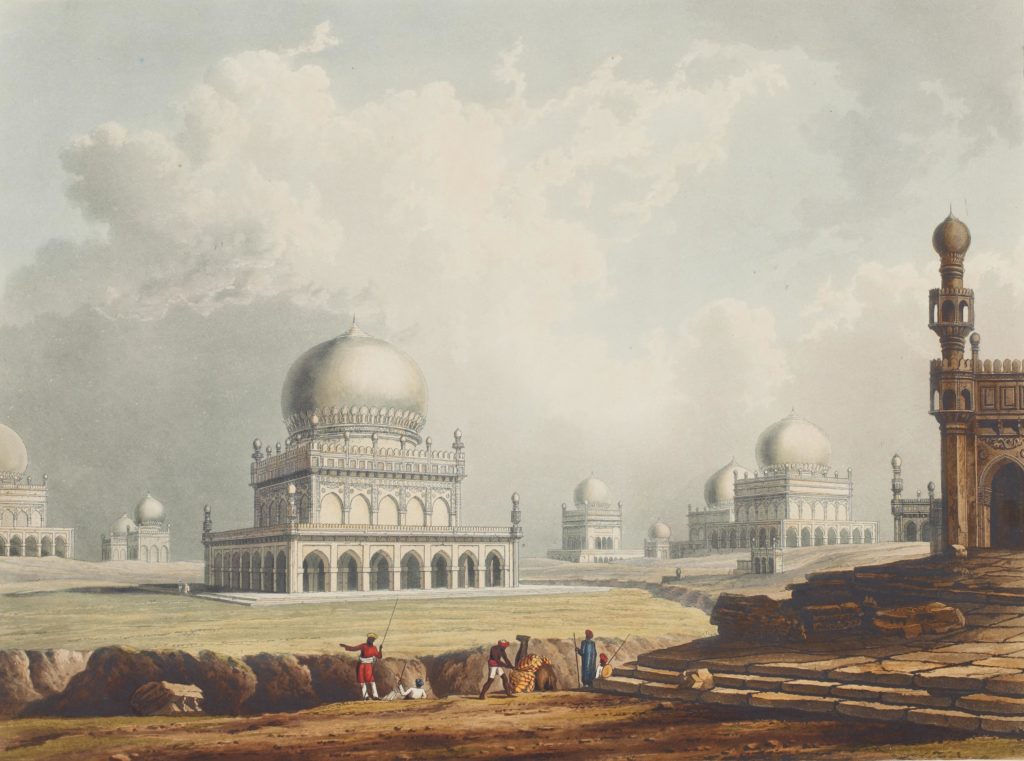 From 1803, when he landed in Bombay, to 1820, when he retired from the army, Grindlay sketched hundreds of landscapes in Gujarat, the Deccan and along the coast, which were published between 1826 and 1830 in a best-selling, two-volume series titled, ‘Scenery, Costumes and Architecture chiefly on the Western side of India’. These books are sumptuous visual feasts, radiant with affection for the subjects and the terrain. 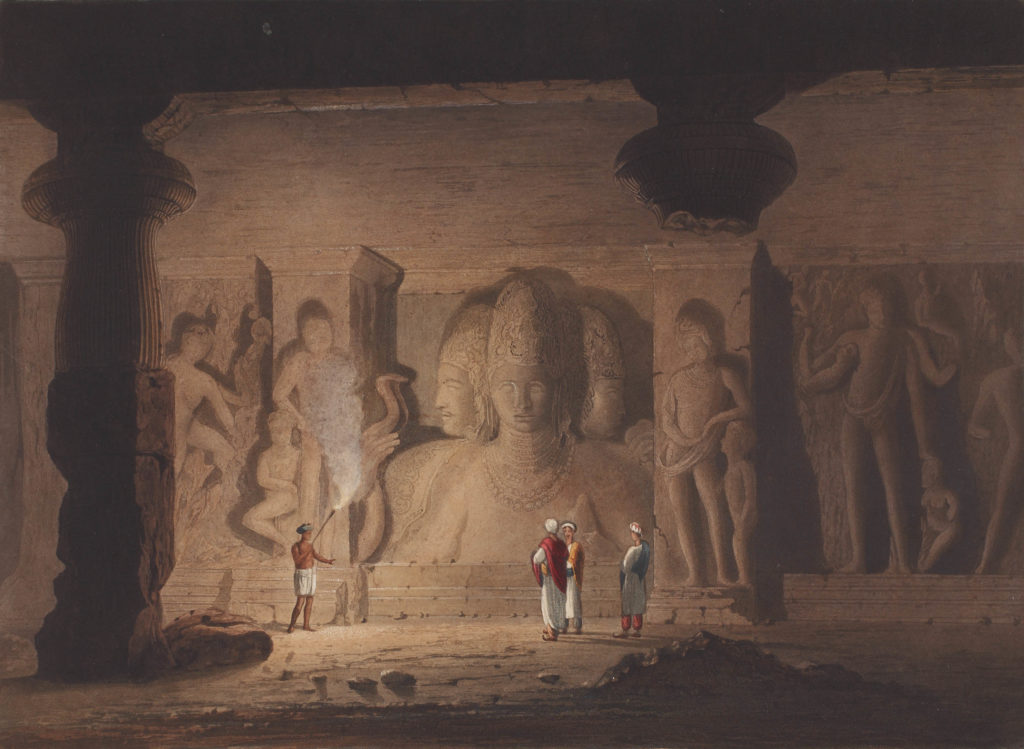 The Great Triad or Trimurti rock sculptures in Elephanta Caves

Part of Sarmaya’s collection of rare books, ‘Scenery…’ was a production mounted on a lavish scale. While Grindlay’s sketches formed the basis of more than half the images in the book, as Pauline Rohatgi notes in an article for Marg magazine, more than 25 other artists participated in the making of this series. These included professional landscape artists, etchers, aquatinters and colourists. The images in the books are rendered through colour-plates, full-page artworks that are printed separately from the text. Rohatgi says, “[The images] display a perfection of the aquatint printing process, which places Grindlay’s publication among the finest illustrated books ever produced. They contain an unusually wide range of coloured inks used in the actual printing, with the result that hardly any additional hand-colouring was needed to complete the effect.” 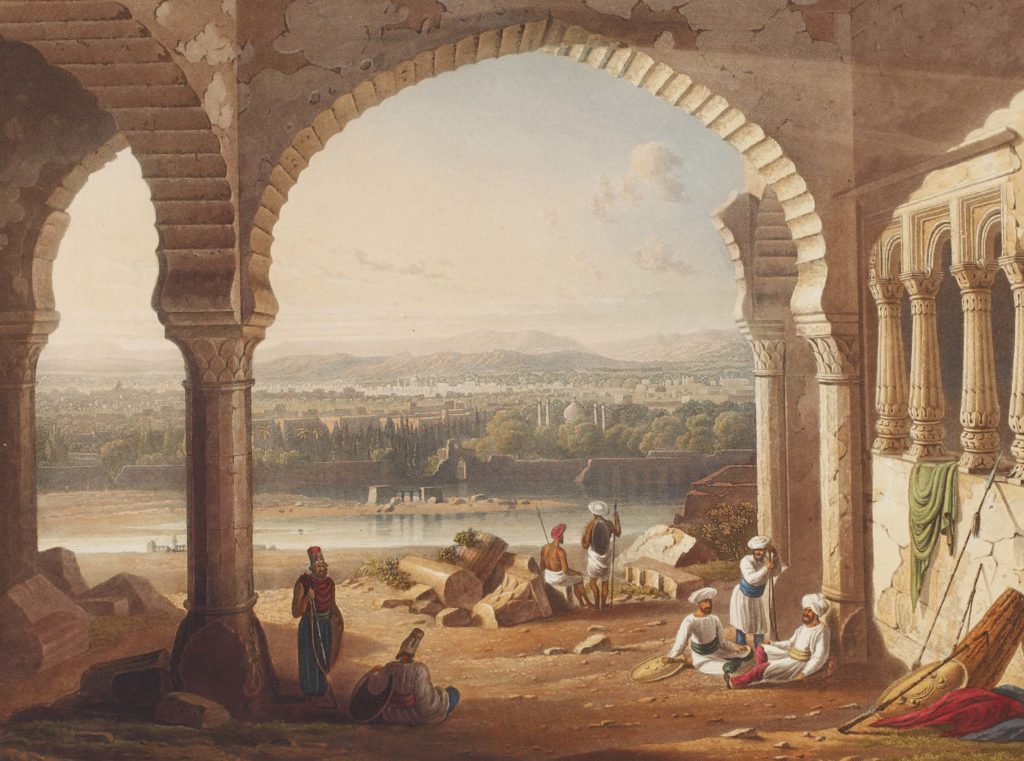 A view from the ruins of Aurangzeb’s palace in Aurangabad

It was a project that required collaborators given that Grindlay had a day job too, one that would make him a household name. After he retired from the Army and returned to England, he started an agency to advise Englishmen on their voyages to India. The business would later go on to offer insurance and banking services and eventually emerge as the multi-national Grindlays bank. 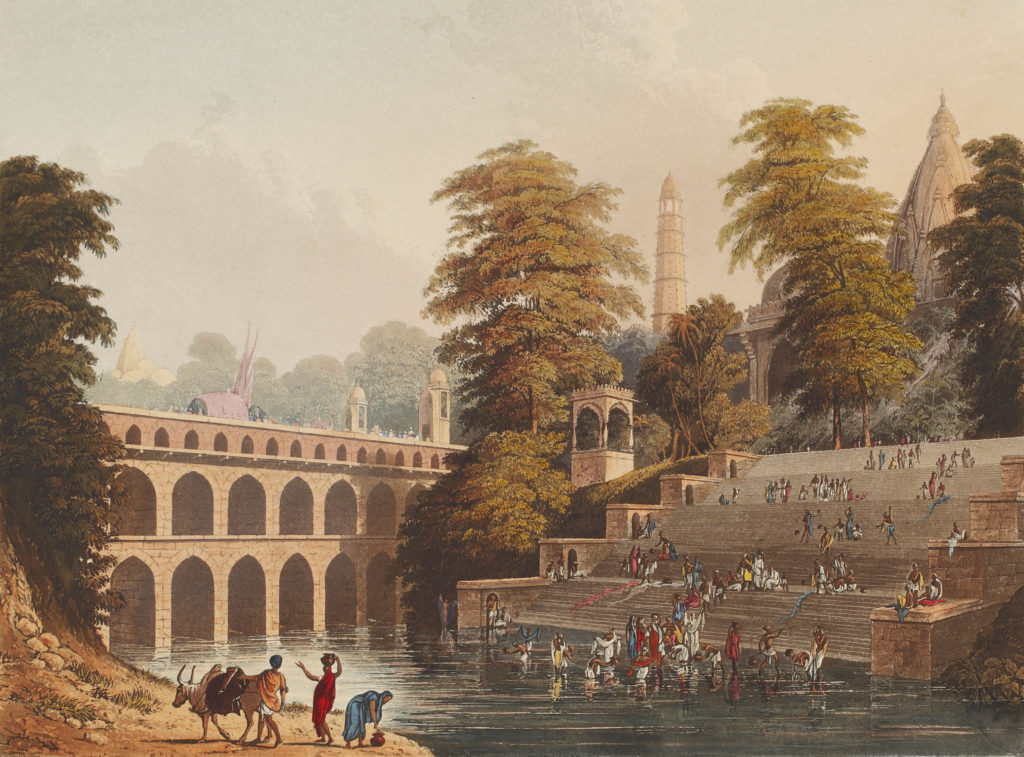 View of the bridge near Baroda

While his legacy in the world of international finance is gilt-edged, in the art world, the Captain is remembered as a successful amateur thanks to the enduring popularity of ‘Scenery…’. While his rendition of man-made wonders like the rock caves of Elephanta or the temples of Ellora are majestic and filled with thrilling shadows, it’s in capturing the great outdoors that Grindlay’s gift really shines. The low, foreboding clouds of a Bombay monsoon, the glimmer of the mid-day sun on a river in Baroda, the hulking shape of a hill in Kalyan obscured by a veil of mist. It has just enough realism to seem familiar, but with all the edges blunted and blurred to a rosy haze. 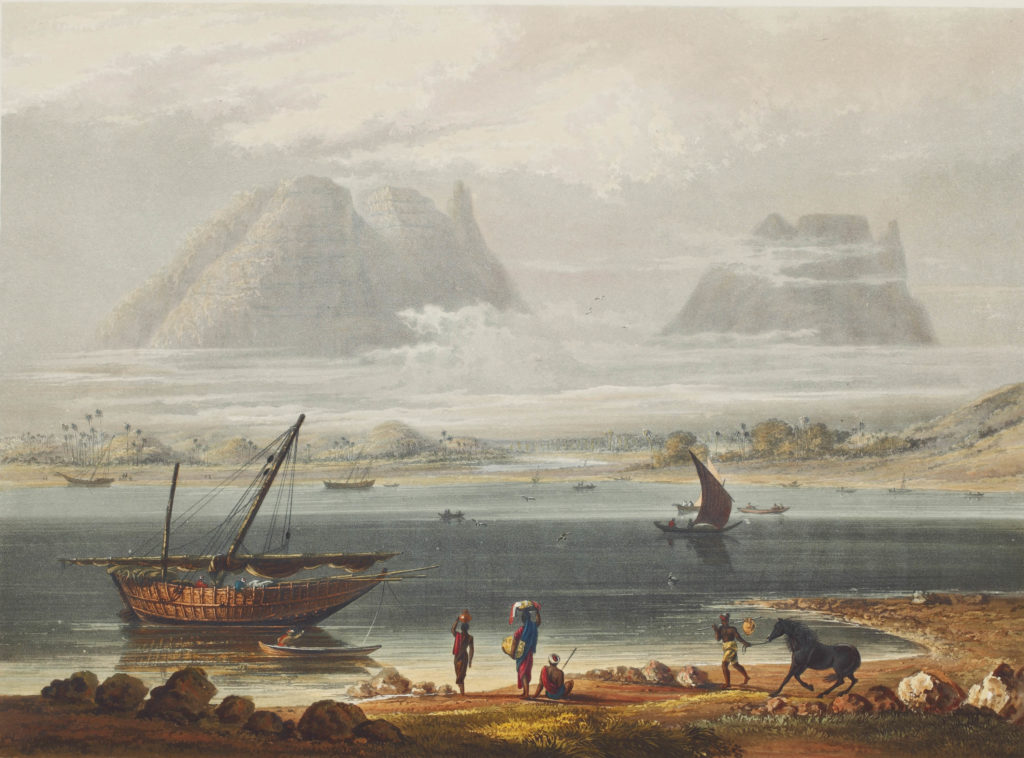