Come with us as we visit the bloodiest battlefields in our archives and find stories both inspiring and hair-raising. There are heroes here and villains too. But there’s a little bit of truth in both their accounts. While the British may have over-stretched their imagination while documenting the Uprising of 1857, they were grudging in their respect for Hyder Ali and his young son Tipu Sultan while recording the behind-the-scenes action of the Anglo-Mysore Wars—the battle-plans we showcase tell a story all their own. In the case of the Anglo-Sikh War, our colonisers didn’t so much distort the truth as they cleverly hid it under masterful strokes of paint. And then we have the Mughals. These gentlemen weren’t going to trust some scribe to tell their story; they would inscribe it themselves in metal and let the money do the talking. Find different perspectives on war, drawn from our collection of rare books, numismatics and engravings, and see India’s history on the battlefield in a new light 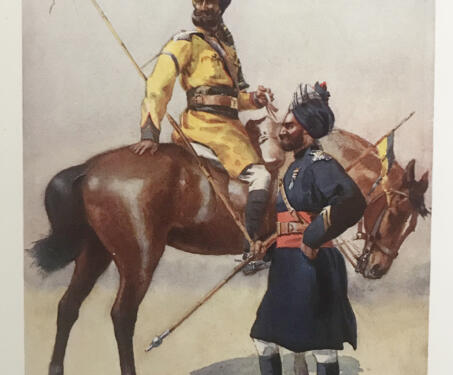 The Great Churn: Indian Military History After the Fall of Aurangzeb 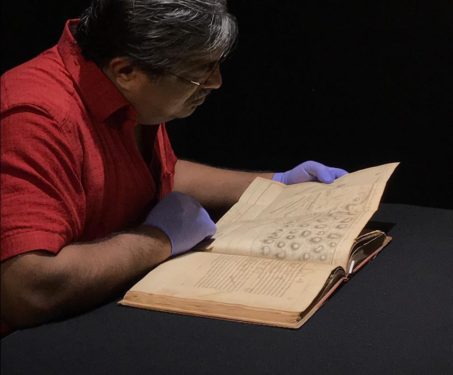 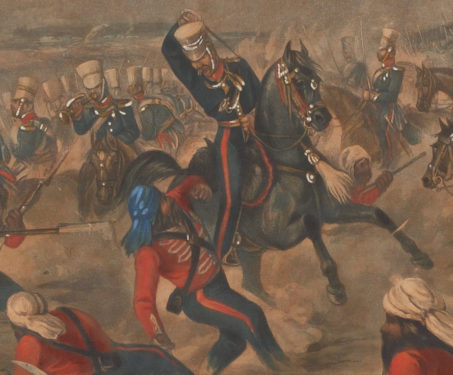 Martial Art: The True Story Behind This Engraving From the Anglo-Sikh War

The Battle of Ramnagar had one clear victor—and it wasn't the side that created this artwork. Visit a thrilling episode from the Second Anglo-Sikh War and meet a true war hero 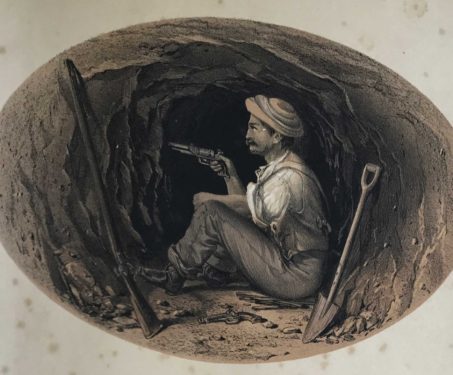 Works of Fiction: The Uprising of 1857 from the British point of view 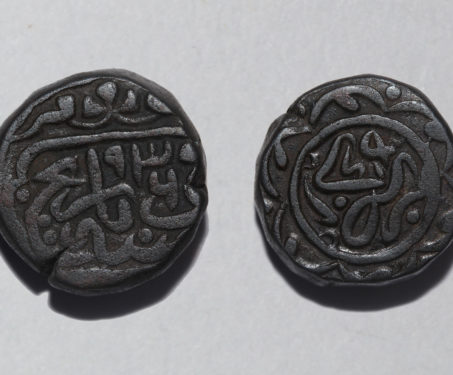 Mughal coinage tells an engrossing tale of the rise and fall of its rulers, reflecting their wins and losses on the battlefield 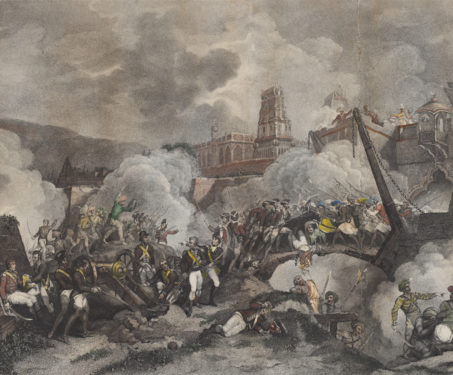 A magnificent work of art that details Tipu's final moments 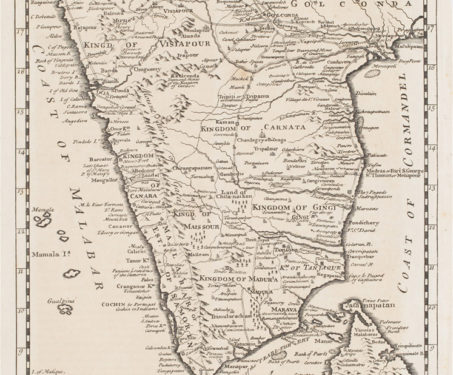 Snapshots of Tipu’s territory, as seen through the Sarmaya collection 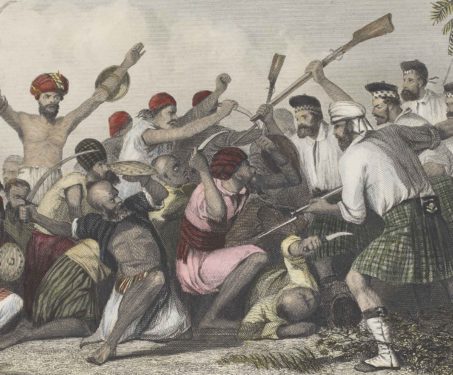 The leaders, battles and victories of the Uprising of 1857, aka India's First War of Independence. Accompanied by rare archival material from the Sarmaya collection 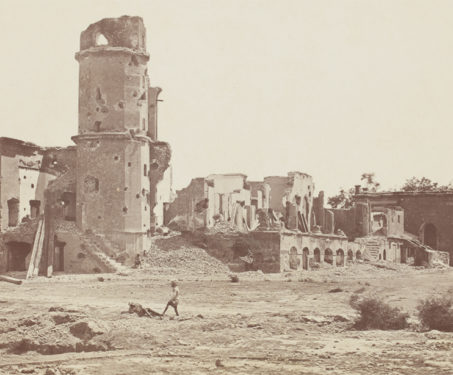 The story of a rebellion in 5 pictures 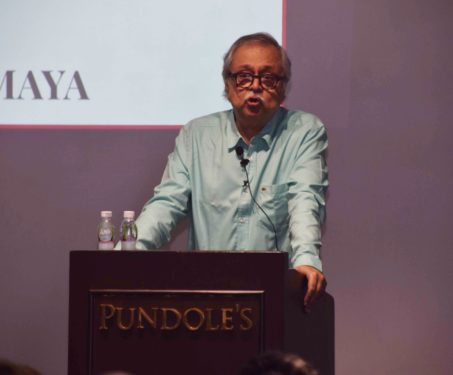 1857: The History of an Uprising by Rudrangshu Mukherjee

A thrilling account of a traumatic and transformative episode in our nation’s history, the revolt of 1857