The bits of news brought back by an 18th-century traveller didn’t just find room in the literature of the time, they’d also show up in its maps. These intriguing documents lay at the intersection of science, art and reportage, reflecting a region’s terrain, people and flora and fauna, besides political boundaries and trade routes. By the 19th century, maps were made by experts in the disciplines of astronomy, mathematics and geography. But even as the space between borders began to teem with all the new information coming in, room was still made on the canvas for the art of the painter, engraver and calligrapher. Today, cartography is a strictly pragmatic tool designed only to show you the quickest route from Point A to Point B. But once upon a time, it was possible to gaze upon a map and let your imagination wander further afield than you could ever hope to go. 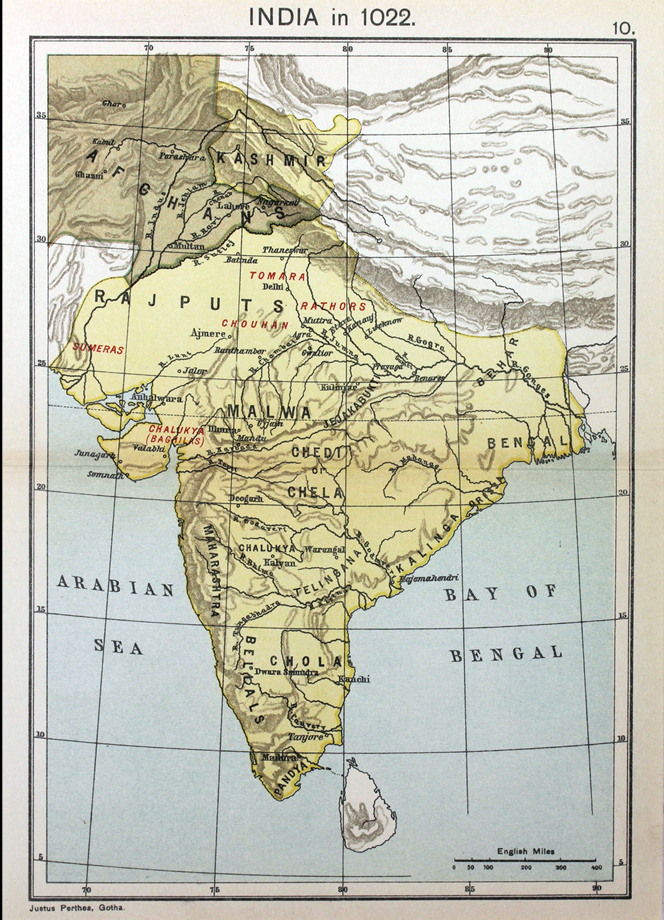 A representation of how the various Hindu dynasties of India were spread out in 1022. In the north-west, the Ghaznavid Empire was at its zenith under Sultan Mahmud of Ghazni, who crossed the river Indus and plundered India seventeen times during the course of his reign. Read more here.

Empire of the Mughals, 1730 by Issak Tirion 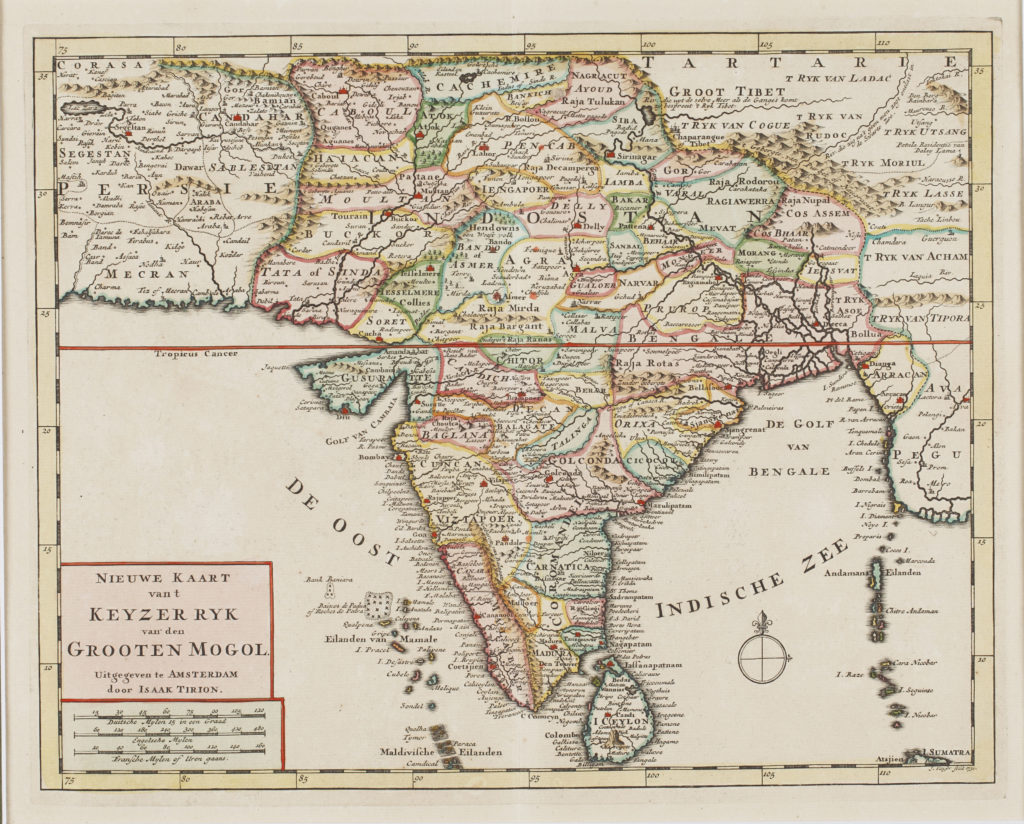 This map shows the peninsular region of India during the empire of the Mughals, with regions and provinces marked in different colours and primarily used for administrative and trading purposes. Inside the border, the map shows a deft detailing – primary cities of the Mughal Empire such as Agra, Delhi and Kabul etc. are marked out by miniature castles, and geographical features such as lakes, mountain ranges and streams etc. are replicated too.

Gilles Robert de Vaugondy, along with his son Didier, were map publishers, engravers and cartographers active in the Paris of mid-18th century. Read more here.

Map of Hindoostan divided into Soubahs, 1815 by R Wilkinson 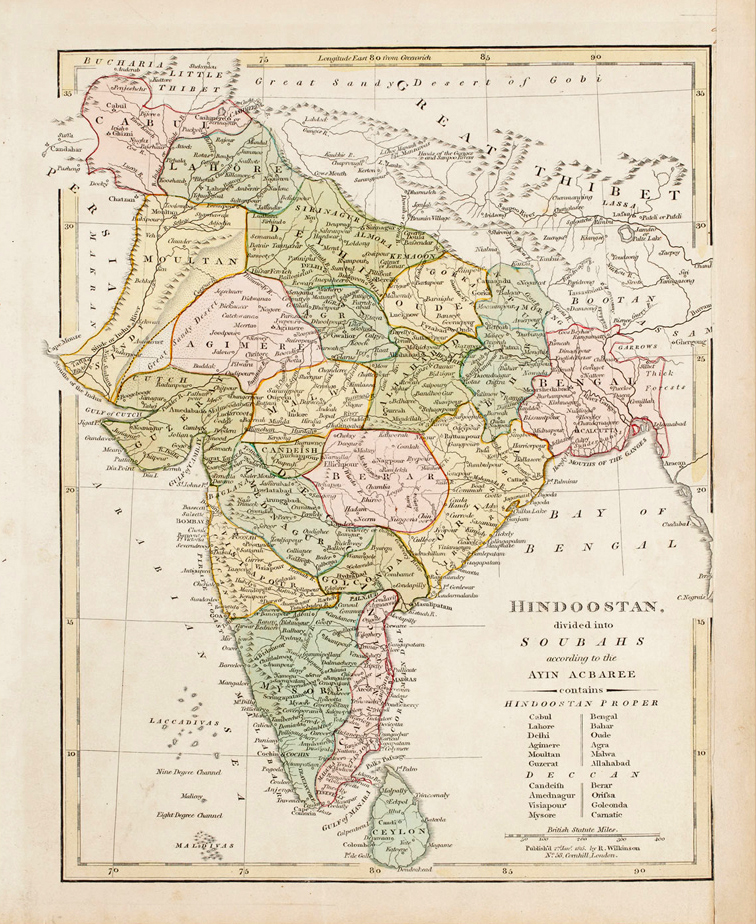 The map’s legend distinguishes Hindustan proper—the plains of northern India under the rule and administration of the Mughal Emperor Akbar. Read more here. 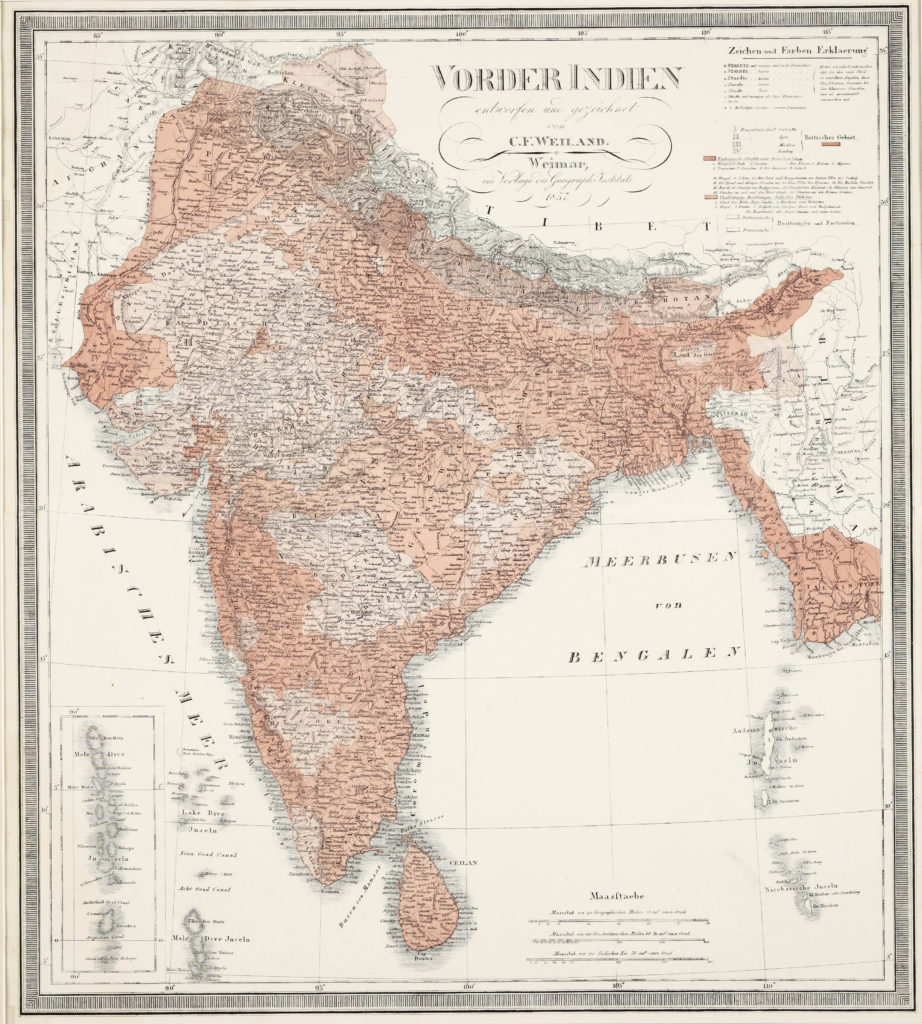 Carl Ferdinand Weiland was a Dutch Cartographer, working in the early 19th century. This is an engraved map of India, with hand-coloured outlines, published by the Weimar Geographical Institute. The inset at the bottom left shows the islands of Maldives. The entire map is also hand-painted in certain regions to segregate areas for statistical and administrative enquiries.