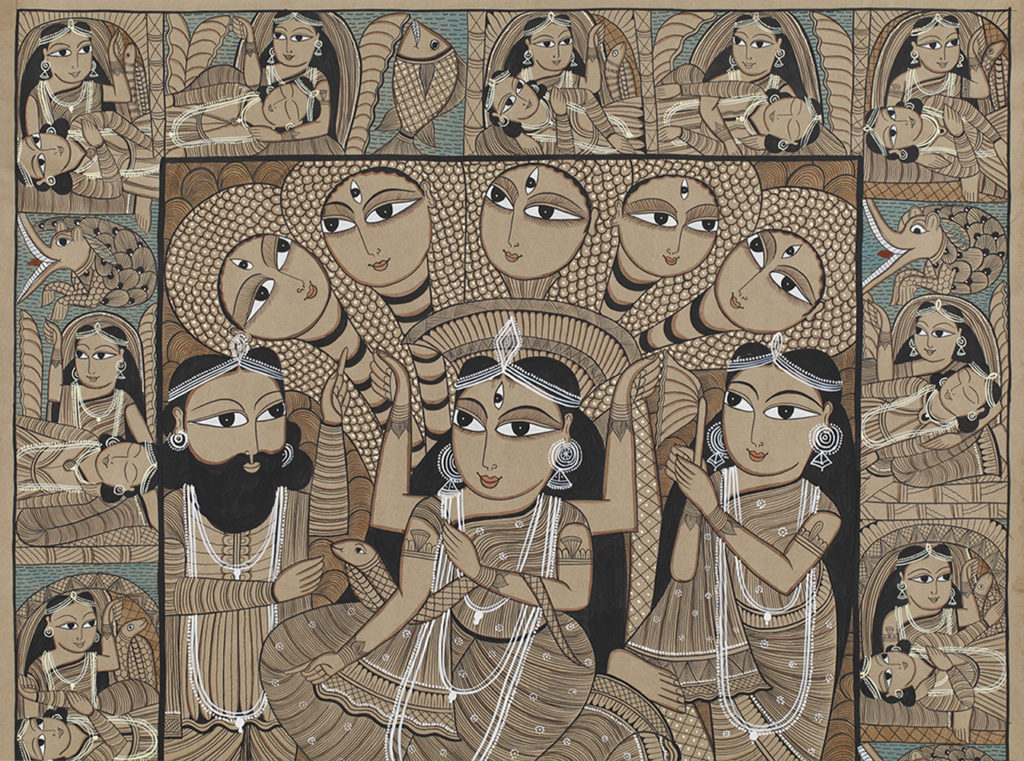 Hinduism, one of the oldest religions of the world, was born in India’s upper-Gangetic doab sometime in the early-historic period. It’s a philosophy that has evolved and gathered strength through a complex system of rituals, manuals, poetry, treaties and epics. The story of its growth is neither simple nor uni-linear. It detours through multiple socio-cultural narratives, hundreds of pre-existing beliefs and innumerable divinities to somehow arrive at an understanding of what modern academia calls ‘Hinduism’ today.

Historian Kunal Chakrabarty segregated these narratives into two kinds: ‘deshachara’ or mainstream Hindu beliefs and ‘lokachara’, which are the indigenous systems that have existed in various parts of this country in parallel with the overarching Brahmanical one. Another aspect inherent to Hinduism is hierarchy. Sanskrit was the language of the gods, and only a select few (namely, those of the Brahmana caste) were allowed to read and understand it, so they came to act as mediators between the gods and the people. The larger population that could not read Sanskrit devised ingenious ways to connect with this religious knowledge through mythology and storytelling.

Bards would travel from village to village, narrating moral stories from the puranas or singing about the heroes from epics to wonderstruck audiences. Over the next few centuries, this is primarily how the religion spread—its roots radiating from the upper-Gangetic doab, all the while assimilating smaller belief systems and ‘sanskritising’ indigenous elements in its wake. Every new god and goddess born along the way evolved in the same way as the ones before them: through stories and song.

A Goddess is Born

One such indigenous belief system that flourished in eastern India is that of the Manasa cult, appropriated in the larger Brahmanic pantheon as a form of the Devi. Manasa is an everyday goddess, who protects the common man from a host of quotidian problems, particularly snakes (a routine menace in rural society). Her legends are interwoven into the language of her people and the ‘patua’ community of West Bengal plays an especially important role in making sure these stories stay alive.

The chitrakar community or patuas, who are located largely in the villages of Bengal’s Midnapore district, have been creating exquisite narrative scrolls on handmade paper for generations. These patas, as they are called, depict stories from various religious myths and local legends. This is not their only purpose, however. The art acts mainly as a prop in the more primary function of storytelling and singing; the illustrations may even vary depending on the whims of the storyteller.

This is Her Tribe

The patuas are a unique community of folk artists. They’re painters, singers, lyricists and storytellers—all rolled in one. They wander from village to village with their scrolls, which are unrolled when they meet a willing patron to whom they narrate stories in a sing-song tune that marks it as the song of the pata or pater gaan. The community is traditionally Islamic but the performers often create an alternate identity for themselves, choosing Hindu names in order to be allowed to perform in the more orthodox venues. The stories in these patas are mainly derived from religious texts dating back to the 13th century called Mangala Kavyas—the Manasa Mangal Kavya is a popular one—but they may also narrate tales of Sufi pirs and their miracles or touch upon contemporary issues like gender equality.

The patuas animate their characters through bright palettes and fluid draughtsmanship. The colours are all plant-based and mixed in coconut shells with the sap of the wood apple trees to help them bind to the canvas. The patas may be created in three formats: Jaradano (vertical), Arelatai (horizontal) and Choukosh (square with a singular image). The pater gaan also flows in three stages: Mahatmya (glory), Kahini (story) and Bhavita (introduction), the last of which ends with the patua declaring his/her name, village and sometimes even the police station nearest to them!

Over time, the act of the patua performance has become sacrosanct in itself and the images in the patas have become divine. In traditional Bengali villages, one can find audiences sitting in silent reverence as the patua begins to sing, and the closing of the performance is often followed by the group offering prayers to the patas.