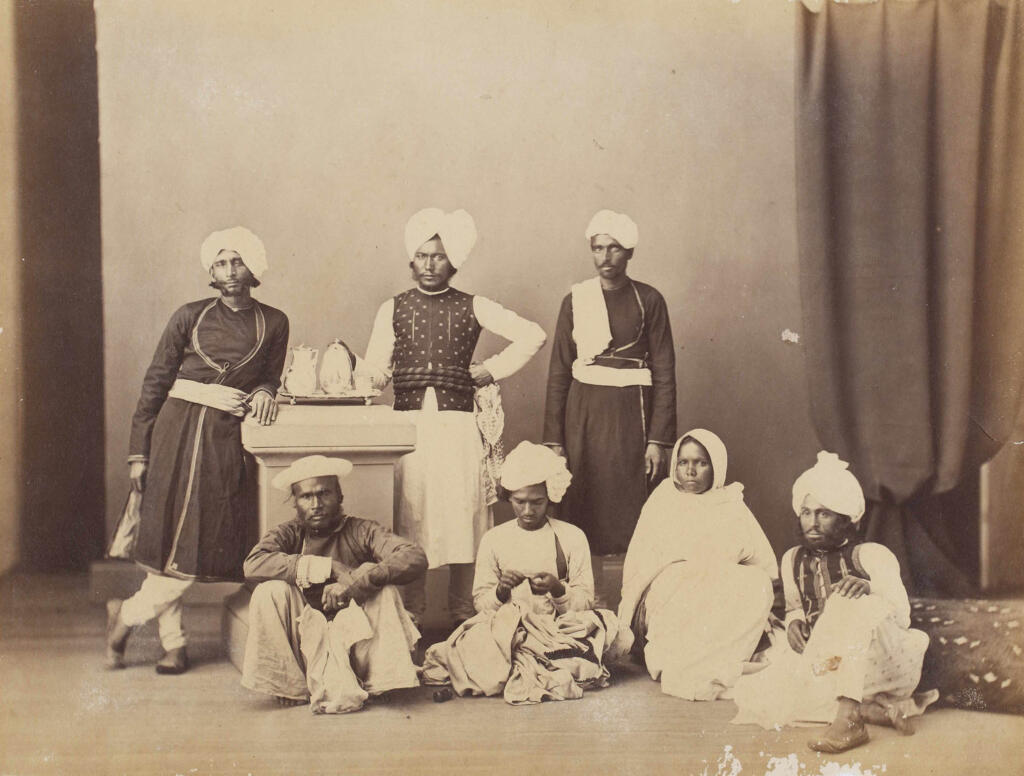 Domestic workers, late 19th century, unidentified photographer. On the pedestal is what one might identify as a pewter teapot, common in affluent households during the 19th century

Rain pouring from the heavens, petrichor suffusing the air with its heady flavour, the strains of a beloved vinyl on the turntable. Or perhaps a sunny afternoon with a treasured book, or even Sunday morning with a crisp newspaper. What’s missing in these pictures? You can almost taste it, can’t you, the cup of golden goodness, the elixir of life. Chai, cha, thé, teh, tee, tsai, tea.

Is it at all surprising that tea is the second most highly consumed beverage in the world — second only to water? Embedding itself into our varied lives so deeply that it is now almost an extension of every culture it has touched, tea is an ancient potion indigenous to China and growing wild in pockets of the Indian sub-continent. It is eaten as an herb, brewed as a reverential and medicinal liquor, and has been drunk by the Chinese, Buddhist monks and indigenous tribes of the sub-continent for millennia. It has enchanted all the world and enslaved a part of it, causing a revolution for colonial freedom at the ‘Boston Tea Party’ and the rather shameful Opium Wars. Tea is history, tea is historic.

Now it sits just as comfortably in the glorious tea rooms of The Savoy in London, carted in with scones, clotted cream and jam, as it does with layered khari biscuits dunked into a fierce glass of ‘cutting’ on the street corners of India. 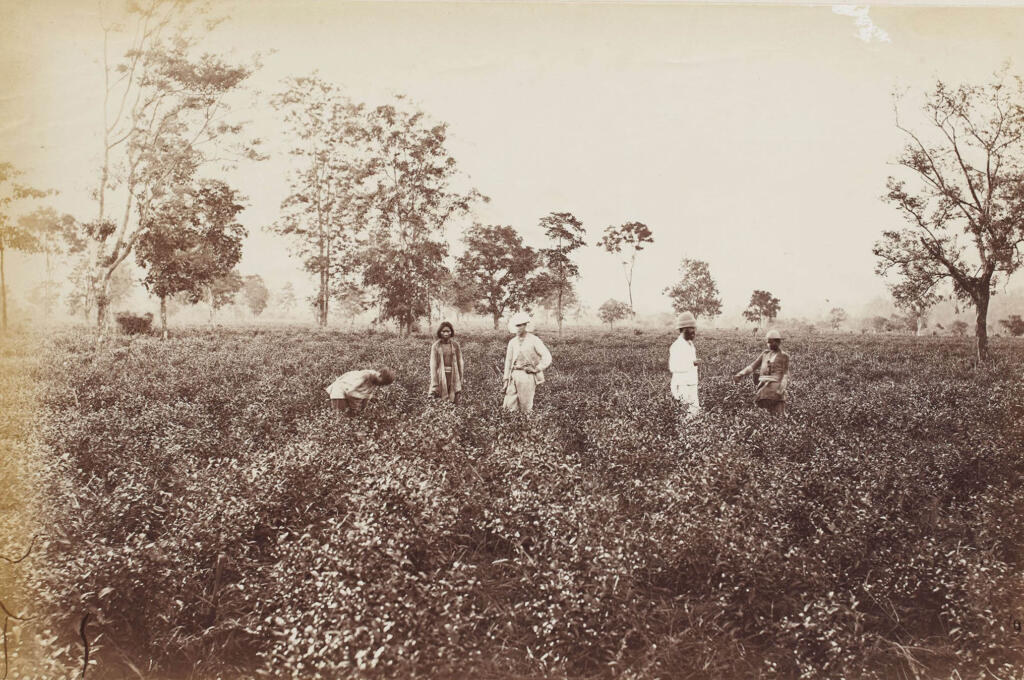 Through trade with the Far East in the 1600s, the Dutch propagated what was later a highly regarded tea drinking culture amongst the European elite. But it was really the Portuguese Princess Catharine of Braganza, bringing with her a casket of tea, her beloved childhood beverage, along with the isles of Bombay as dowry, who popularised British afternoon tea rituals amongst the ladies at court when she married Charles II in 1662. Certainly an exorbitant indulgence at £26 for a pound of tea, when the annual earnings of an average worker were £2 to £6.

By the early 1800s, it had already been 200 years since the irreversible tea habit had bitten Europe. Millions of pounds were being relinquished by British traders, virtually emptying their coffers, to import tea from China, despite which the Chinese displayed no interest in purchasing anything from the rain-drenched marshes of the British Isles, to help reduce Britain’s heavy tea trade deficits. 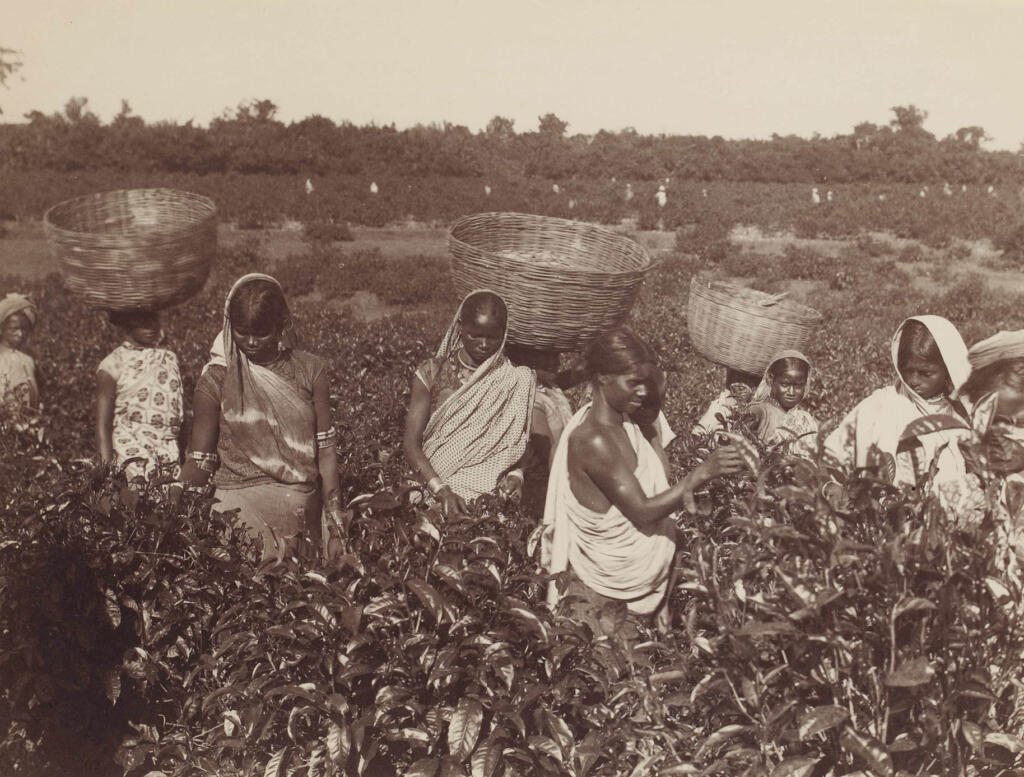 To snatch away this prized tea monopoly from the Chinese, the British indulged in much trial and error, and then theft and corporate espionage, eventually building tea plantations in their colonies of Assam and Darjeeling between the 1820s and 1850s. In a ‘Tea Heist’,as it were, a Scottish botanist named Robert Fortune was commissioned by the British East India Company to travel to the interiors of China, which was then forbidden to outsiders, posing as a native in Mandarin garb, touring tea factories, stealing secrets of 2000-year-old Chinese tea horticultural practices, processing methods and tea saplings to bring back to British India for mass cultivation.

The taste for this tea was forged in the lives of Europeans and colonial Americans with the sweetness of cane sugar indigenous to the Asian sub-continent, being brought in from the Caribbean Islands. Previously a most prized luxury, sugarcane, like tea, was also transplanted and grown en masse with the labour of African slaves in the Caribbean. 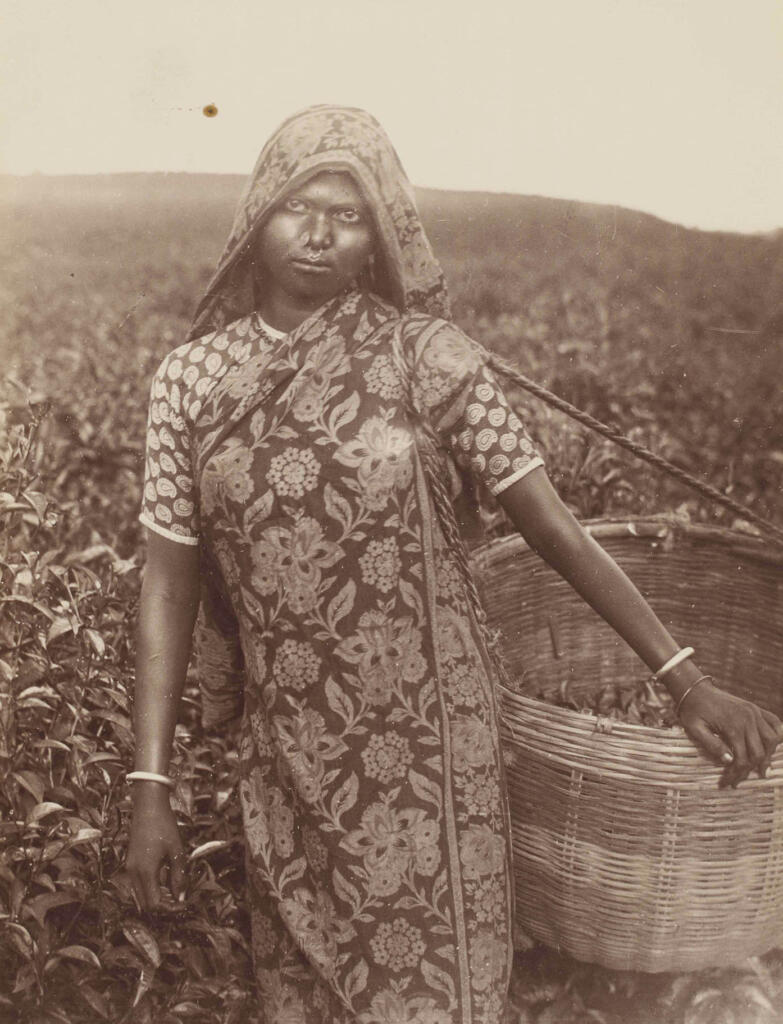 Cemented with plentiful supply from the plantations in the Bengal Presidency region, it spawned the mode culture of sahibs and memsahibs taking tea in delicate porcelain cups with a dash of milk and sugar in the afternoon, in regal tea rooms with delicate finger sandwiches and buttery scones as they sat in their exclusive clubs overlooking a gentlemen’s game of cricket. Gleaming silver tea services were brought out by tuxedoed butlers, with crisp white cosies comforting the teapot, as the corseted women of the Victorian Era sat discussing the latest peerage scandal.

Soon enough, Imperial culture permeated throughout the Bengal Presidency region and its zamindars, through the reign and Anglophilia-inducing element of the Raj. Many Bengalis still refer to it as ‘liquor’, a most definitive colonial term for black tea. Others call it Lal Cha – literally red tea because of its ruby tinge, often with a squeeze of lebu (lime). And a reverberating slurp. “It is the sucking in of the oxygen with the slurping of the tea, that highlights and enhances the flavour notes,” beamed Swaraj Kumar “Rajah” Bannerjee, former fourth generation owner of the Makaibari tea estate famed for its organic premium Darjeeling tea. 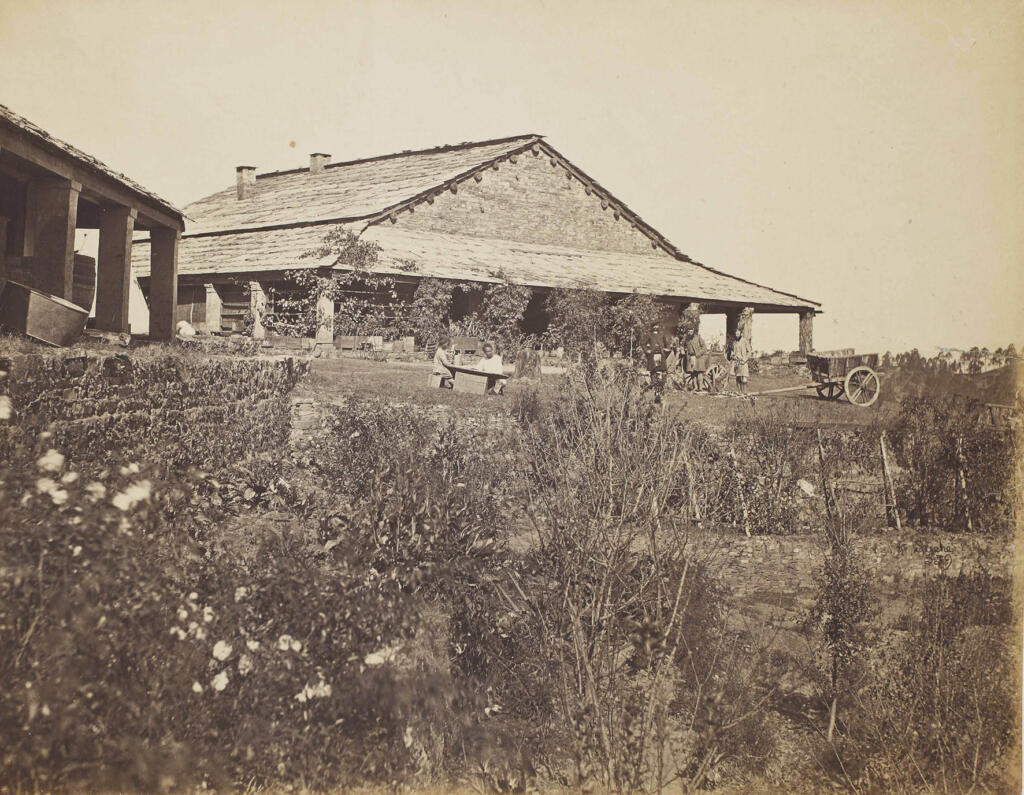 As Krishnan Katyal of tea auctioneers J Thomas elaborated to us, Darjeeling tea remains a source of pride in Bengali homes even today, as does the family’s personal, unique blend of loose tea from local tea shops. While tea drinking has been heavily democratised across India, Bengal continues to savour it as a delicacy that became inherently part of its elevated culture, debate and aesthetic.

But there’s a dark side to the cup of sunshine. The ‘natives’ of the British Empire were forbidden from undertaking commercial cultivation of tea. Landless, destitute tribal peoples from the hinterlands of Bihar, Chhota Nagpur and Bengal, amongst others, were installed through deeds of indentures to perform labour-intensive tasks on remote plantations picking tea leaves, painting the very picture of African slaves picking cotton in the American South. According to Barnabas Kindo, of PAJHRA (Promotion and Advancement of Justice, Harmony and Rights of Adivasis) the Oraon tribe of workers were forbidden from leaving the faraway estates or engaging with anyone outside of the plantation — a stricture which prevails to this day. These workers, who create the best tea in the world, are given in ration the dust that remains after the tea is sold to the highest bidders. This cycle of servitude and isolation for 170 years has led to the cultivation of Adivasi microcultures on the tea plantations, complete with a distinctive language and the resilient pride of the survivor. Both Katyal and Kindo agree that even while the ownership of tea estates changed hands from British to Indian post-Independence, the antiquated systems put in place by the colonisers have remained. 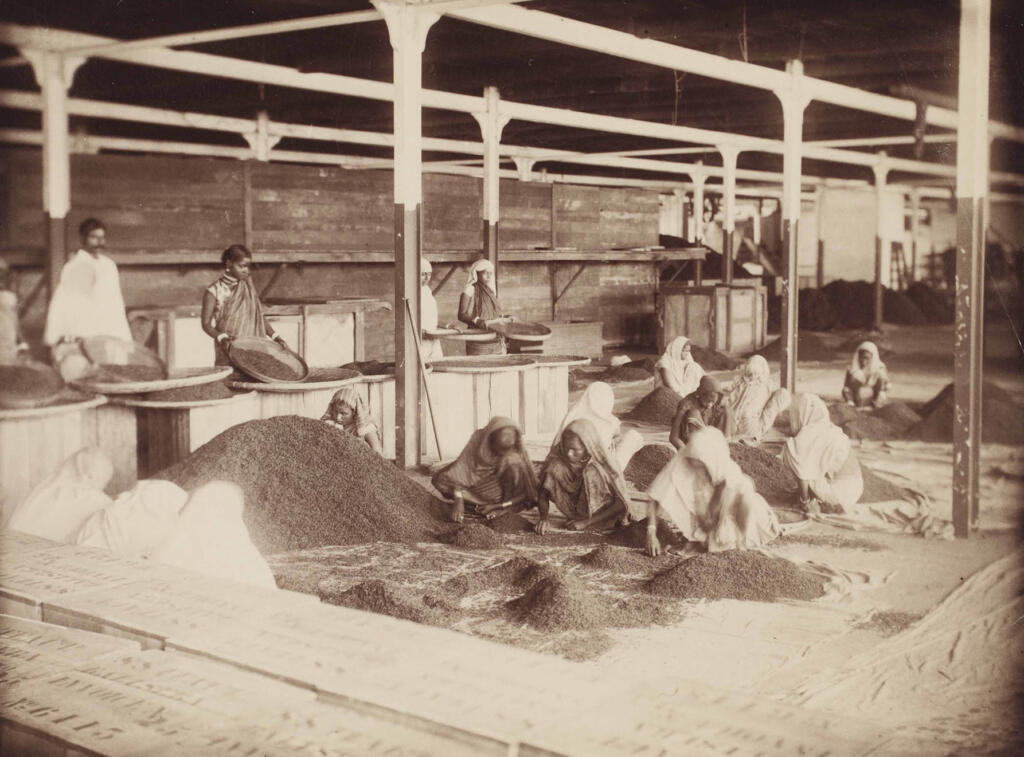 The windfall of tea production in British India meant that tea no longer remained in the exclusive domain of the upper class. By the beginning of the 20th century, British India had superseded China many times over in tea production and its trade. As production grew, prices fell and tea was taken to the vast plains of India along the Darjeeling Himalayan railway in 1880s. By the 1900s, tea was heavily marketed to the common people as a medicinal, therapeutic beverage to start the day with, through posters and vivid ad campaigns featuring Indian ladies holding tea cups like the imperial memsahibs; tea was even distributed to the masses for free. 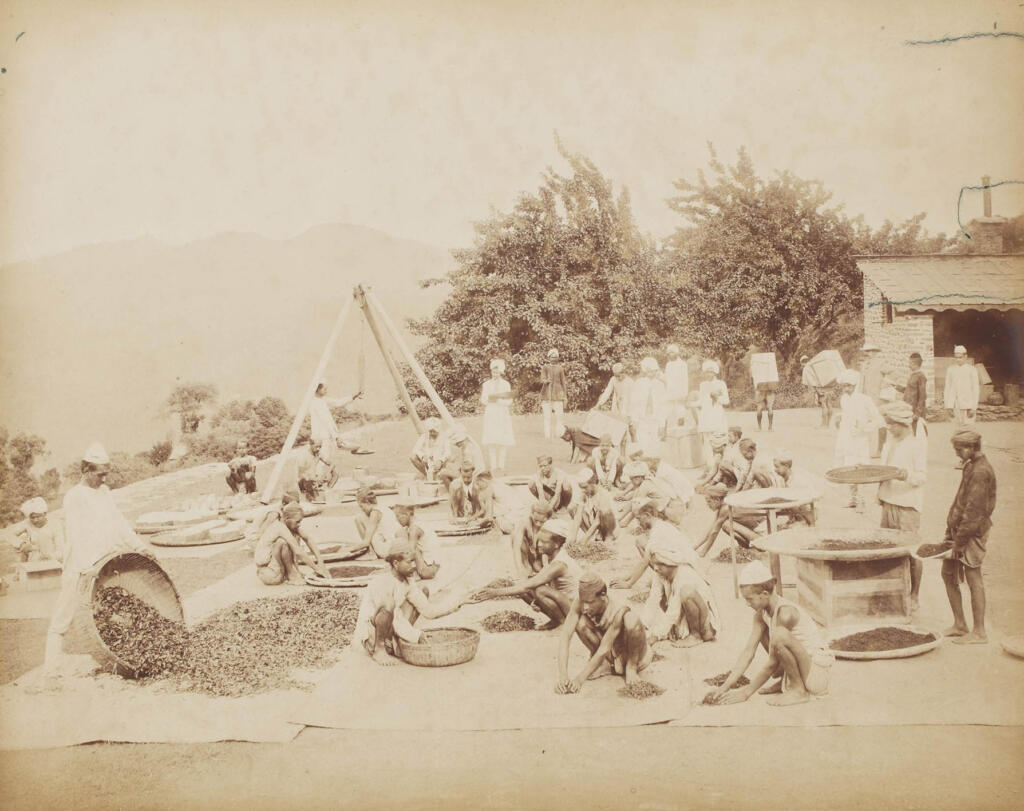 Chai stalls started appearing at railway stations and street corners with kettles on kerosene fire and large steaming vats with generous ladles of milk, sharp ginger root and fragrant spices, deeply sweetened with sugar. Soon enough, chai was a default in every home, at every workplace, on every street corner. As if it had been just this way for centuries. Chai paani, uttered in the same breath, betrays, I think, the true significance of chai in our lives — it is as important as water.