If you are a regular reader, you know that numismatics is at the heart of the Sarmaya collection. The nucleus of our collection is contained in a bottle of ten Travancore coins. It is a growing genre for us with deep pockets tracing centuries of rule by the Mughals, the Delhi Sultanate, the Vijayanagara dynasties and the kings of Mysore, not to mention a variety of Ancient Indianemperors.

Our new numismatic acquisitions span the timeline between 200 BCE and 950 CE, representing a diversity of epochs in that millennium.  We start with the ancient kingdom of Kuninda which was spread over parts of present-day Himachal Pradesh and Uttarakhand. This silver drachma was issued by King Amoghabhuti (c. 200 BCE). The legend on the obverse or face of the coin contains the Brahmi legend: ‘Rajnya Kunindasa Amoghabhtisa Maharajasa’. On the reverse is a clue to the king’s faith: the triratna in the centre of the top edge of the coin is a symbol representing the ‘three jewels of Buddhism’, ie the Buddha, the Dharma and the Sangha. 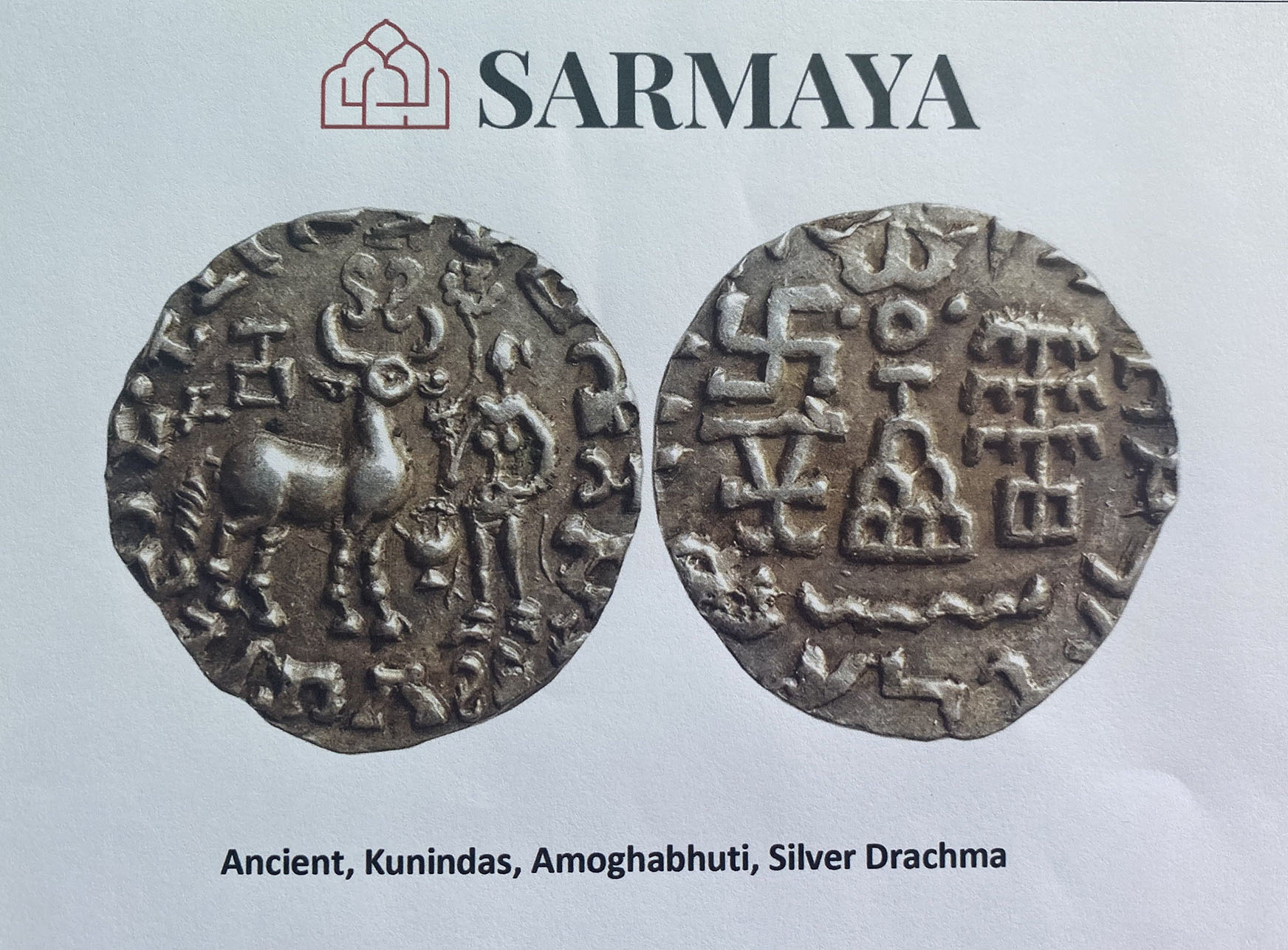 Samudragupta (335-380 CE) earned the title of ‘he who was protected by the sea’ and ‘uprooter of kings’ through his many military conquests, establishing him as the first significant ruler of the ancient Gupta empire. His empire is believed to have been spread between present-day Punjab and Assam, and from the Himalayan foothills to the Vindhyas. This gold dinar was issued in memory of his parents, Emperor Chandragupta I and Queen Kumaradevi. On the reverse of this coin, we see a figure of Goddess Durga seated on a lion and the legend “Lichhavyah”, which references his mother’s heritage. Queen Kumaradevi hailed from the Lichhavi tribe of present-day Nepal. 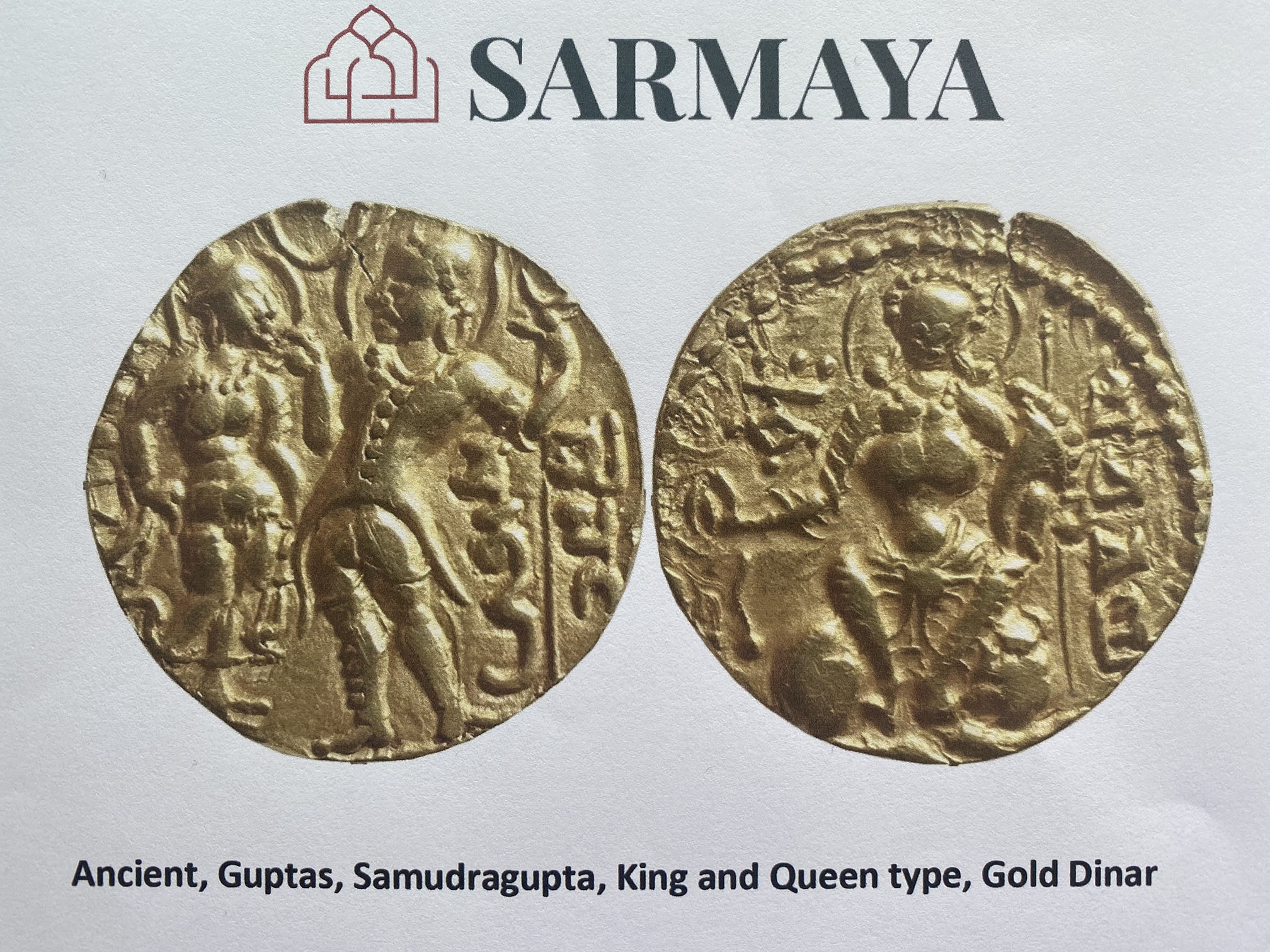 Grandson to Samudragupta, Kumaragupta I (414 to 455 CE) is believed by modern historians to be the founder of the Buddha Mahavihara in Nalanda, a prominent university in ancient Magadha. But this silver drachm issued by Kumaragupta I draws attention to the ruler’s equal devotion to one of the Hindu holy trinity: Lord Vishnu. This is evident here in the Brahmi legend on the reverse referring to the Lord and his faithful royal devotee: ‘Parama (Bhagvata Maharajadhiraj Shri Kumara) Gupta Mahendraditya’. The central figure here is Garuda, Lord Vishnu’s vahana. 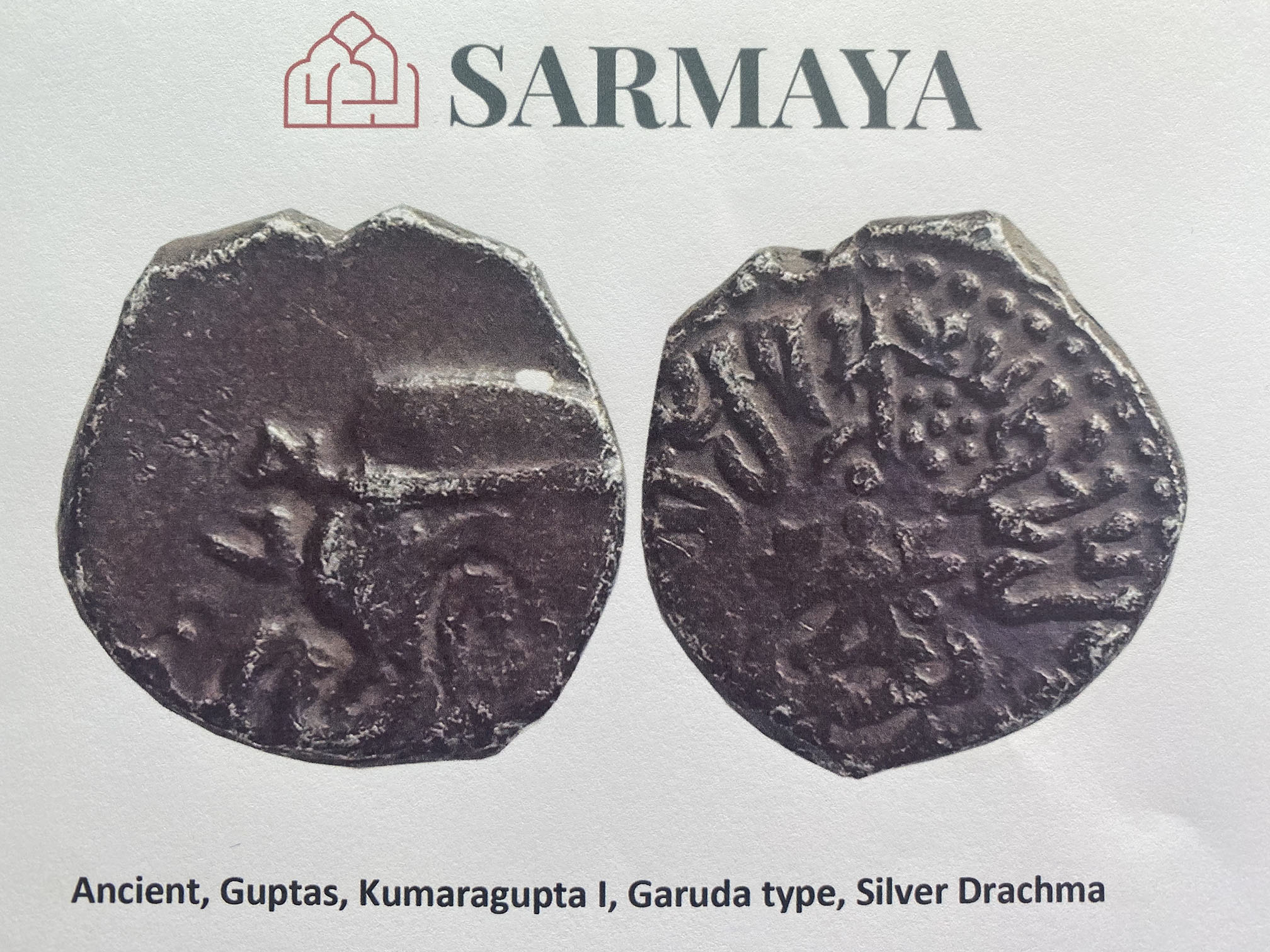 We find another worshipper of Lord Vishnu, this one of Islamic faith, many centuries down the line. The Amirs of Multan (in present-day Pakistan) encouraged and participated in a very syncretic culture that freely adopted Indic symbols and royal titles. For instance, on this silver damma coin issued by Amir Munnabih I (who reigned 912-13 CE onwards), we have the Brahmi legend Sri Adi/ Varaha on the obverse or face. In this way, the king identifies himself as a devotee of Lord Vishnu in his boar or Varaha avatar. On the reverse is this legend in the Kufic script: Lillah Munnabih, meaning struck by Munnabih for Allah. 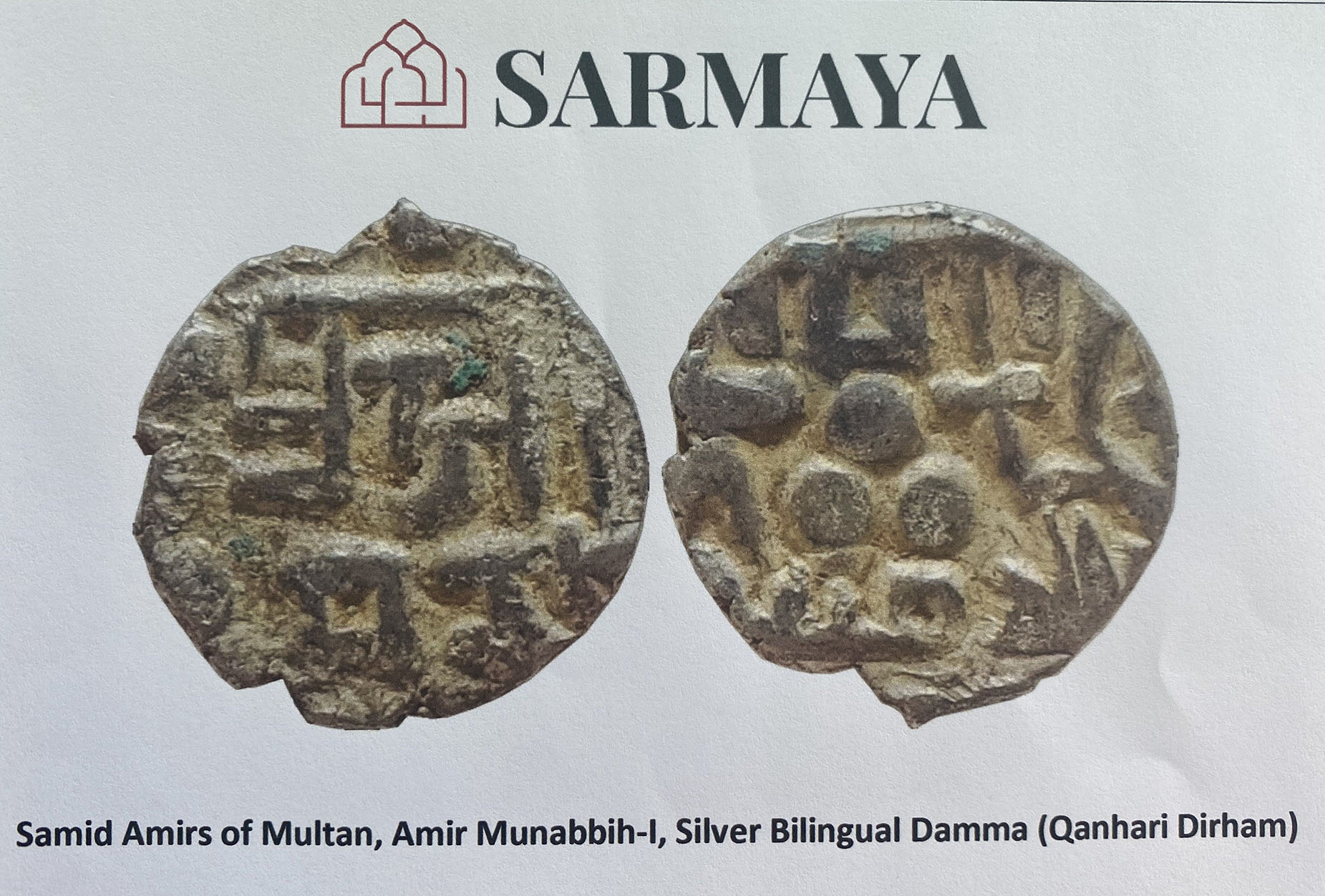