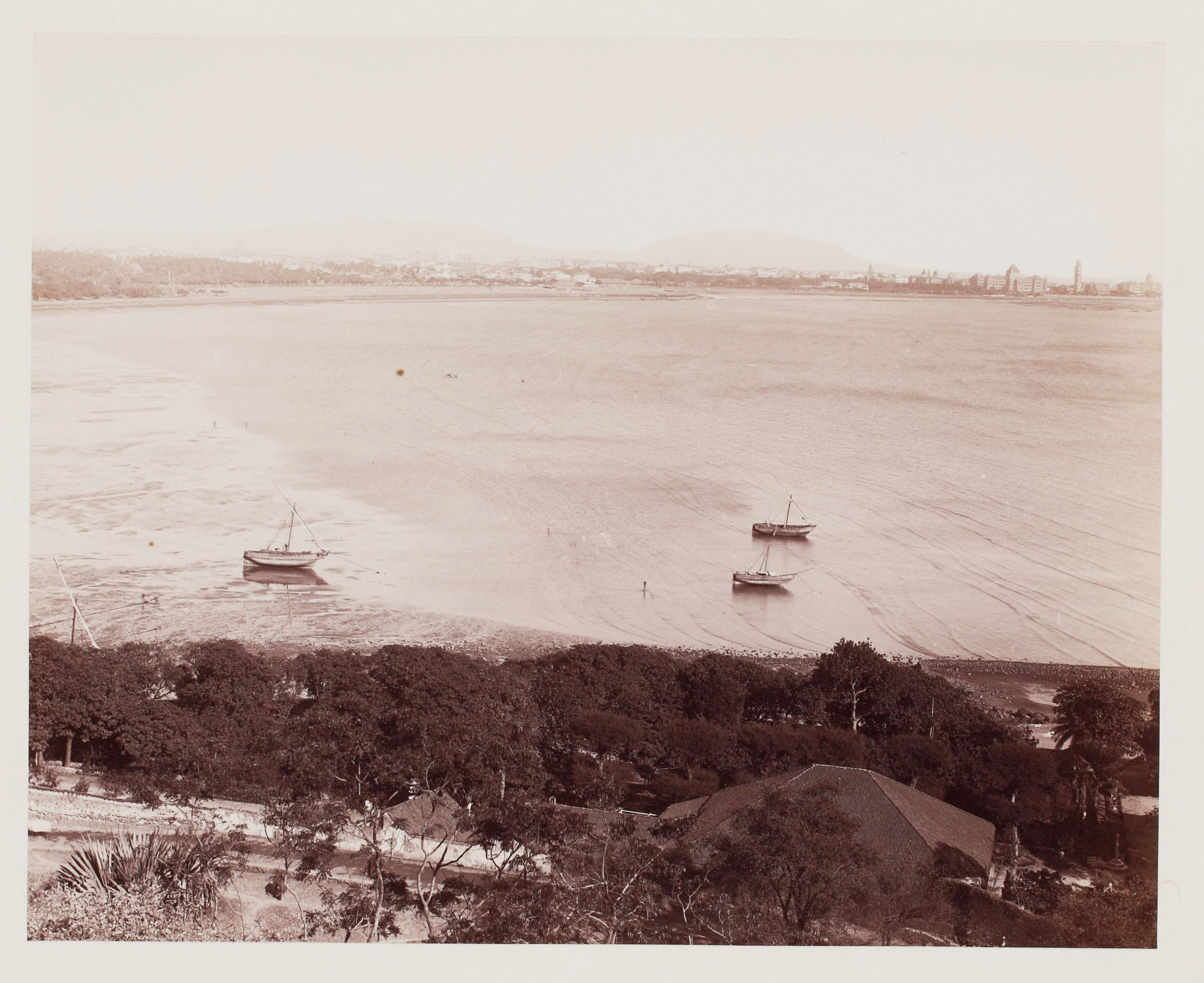 The first naval dockyard ever to be built was built in India in 2500 BCE. The only ocean in the world to be named after a country is the Indian Ocean. In a town in Kerala, a community of craftspeople still builds boats according to a tradition that’s over 5,000 years old.

The sea is witness to much that defines India. In Ancient India, the route to political power ran parallel to arterial trade routes—their control of Muziris helped the early Cheras establish a strong empire in the south. During the Medieval period, the sea stitched a great global quilt of ideas, bringing legendary thinkers, traders and visionaries to Indian shores. The Early Modern era saw the swarming of European imperialists along the coast and subsequently, the ordering of a new empire into three presidencies by the sea, Madras, Bombay, Bengal. From the ships carrying away millions of indentured labourers in the early 20th century to Gandhi’s Salt Satyagraha to the 26/11 attack on Mumbai, the sea is woven into the narrative of the modern India’s most pivotal chapters. Even today, most Indian trade is conveyed the same way it has been for millennia. Through the salty blue corridors of the sea.

“Cities and states on the Indian Ocean rim were Janus-faced. They looked outward to the sea as much as they looked inward to the hinterland,” observes the author of this succinct maritime history of India. Lothal in Gujarat is one of the oldest ports in the world, and the location of the afore-mentioned first dockyard. Beads and lapis lazuli are some of the precious cargo the Harappans traded with the Mesopotamians and Sumerians, via this port. Before they vanished off world or trade maps, Tamralipta (now Tamluk, West Bengal), Korkai (Tamil Nadu), Muziris (Kerala) and Sopara (Maharashtra) were powerful hubs linking India with the wealthy empires of Asia, Africa and Europe. All these coastal cities were ‘Janus-faced’ in that they were connected to internal riverine networks as well, so they offered access to bigger markets inland. Janus, for whom the month January is named, is the Greek god of new beginnings, depicted with two heads facing the past and the future.

Apart from silk and spice, India traded incense, ghee, precious stones and ivory. Cotton has remained an international crowd favourite since the 5th Century BCE  and the advent of British colonialism would see the addition of tea and opium to the list. The Indian Ocean slave trade is a dark and long chapter in our history. Humans were trafficked into and out of ports in Murud-Janjira (Maharashtra), Surat (Gujarat) and Pulicat (Tamil Nadu). The Siddhis of southern and western India trace their ancestry to the African slaves, soldiers and merchants who arrived here this way.

From the beginning, port cities have been hubs of cosmopolitanism. Thanks to their porous boundaries, they allowed diverse cultures to blend and created secular spaces where citizens can intermingle freely. They aided the spread of Buddhism and Hinduism into the rest of Asia. Let’s travel to some old and new ports through the Sarmaya collection of maps and engravings and imagine what it might have felt like to sail into them at the peak of their power. 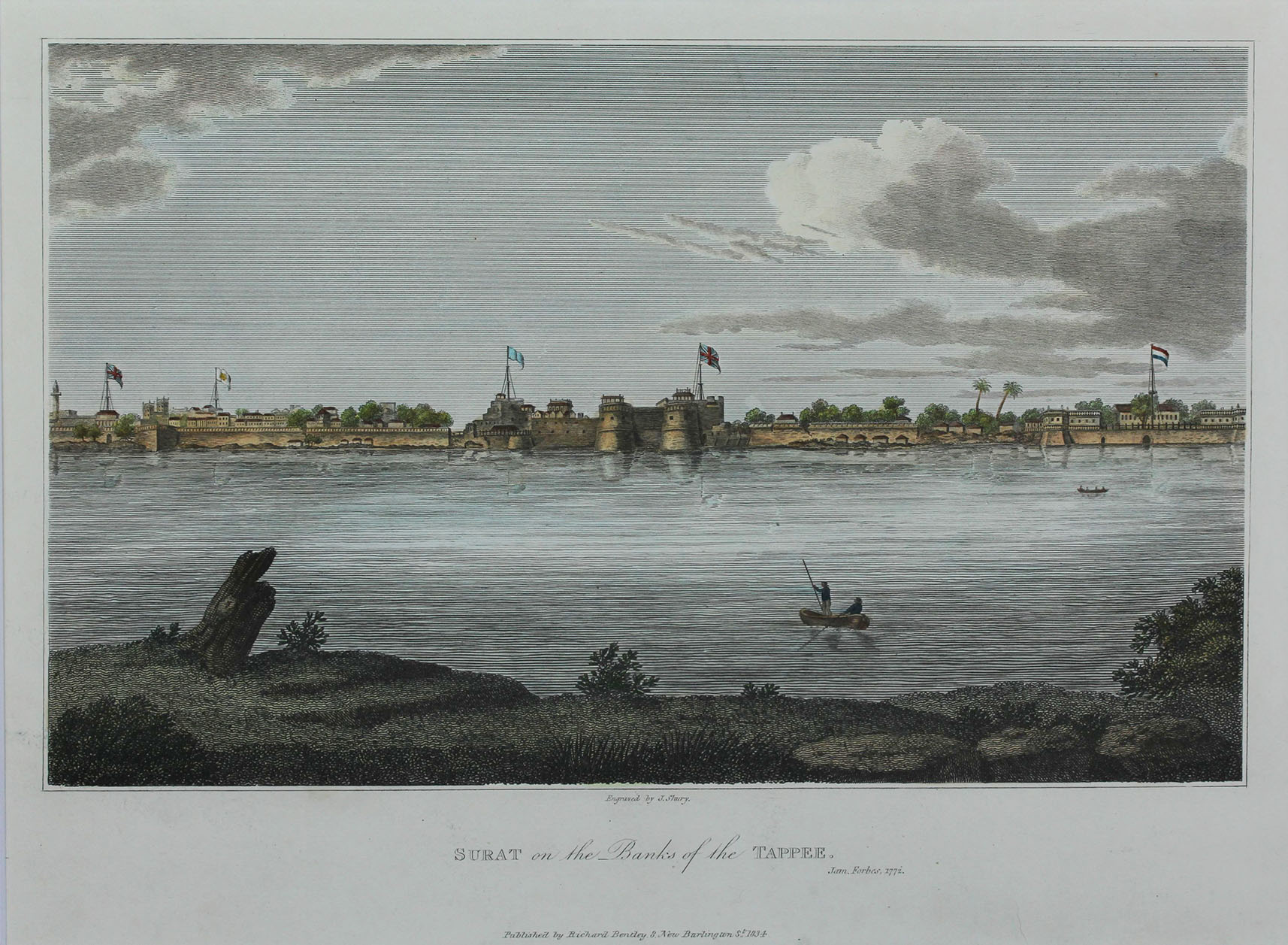 Surat, on the Banks of the Taptee, James Forbes © Sarmaya Arts Foundation

Surat was a crucial trading port of the Mughal empire, reaching its zenith in the 17th Century. Located on the banks of the river Tapti, it was dubbed ‘Silk City’ and indigo, spices and textiles entered the international market through its harbour. For the Muslim rulers and citizens, Surat was significant also for being the gateway to Mecca. It was here that the British East India Company first established a trading post on the Subcontinent.  After Mughal rule weakened in the 18th Century, Surat came under the control of the Dutch East India Company. This engraving shows the flags of the British and Dutch EIC hoisted on the forts along the city’s coastline, including the 16th-century Surat Fort. In his book, Travels Round the World 18th-century French naval officer Pierre Marie François de Pagés describes Surat as one of the richest merchant towns in the world, bustling with Moorish, Persian and Hindu traders. 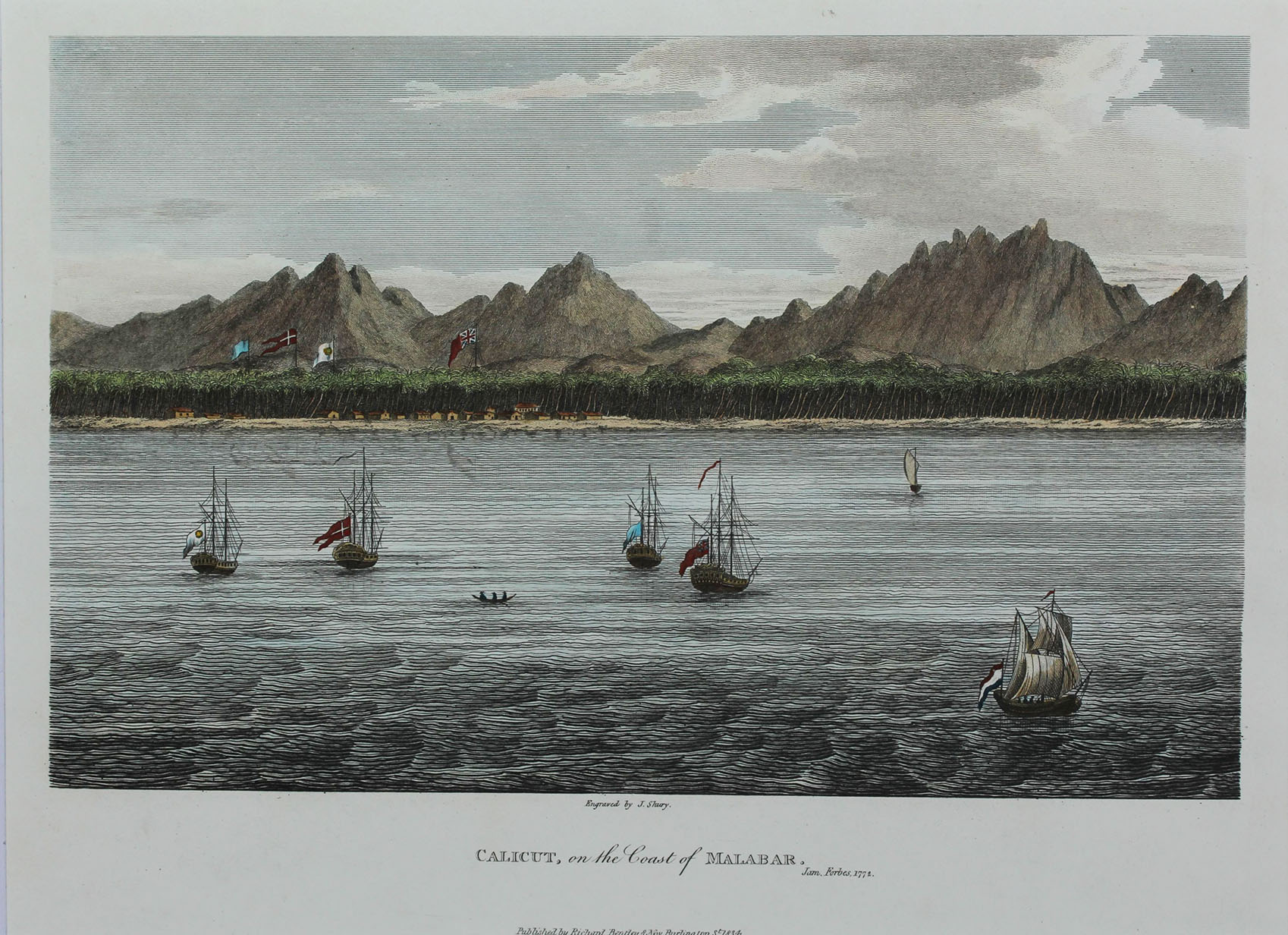 The fine hand-woven cotton textile calico gets its name from Calicut. Kozhikode, as its original Malayalam name goes, was famous as the City of Spices. It rose to prominence in the 13th Century under the rule of the Samoothiri or Zamorin empire. The Zamorins created a safe haven for merchants from West Asia and China to trade freely, making their port the preferred stop on the Malabar coast. When Vasco de Gama landed in Calicut in 1498, it signalled the start of direct trade with Europe. The English, the French and the Dutch have all set up trading posts here, and in 1765, the port briefly came under the control of Mysore’s Haider Ali. 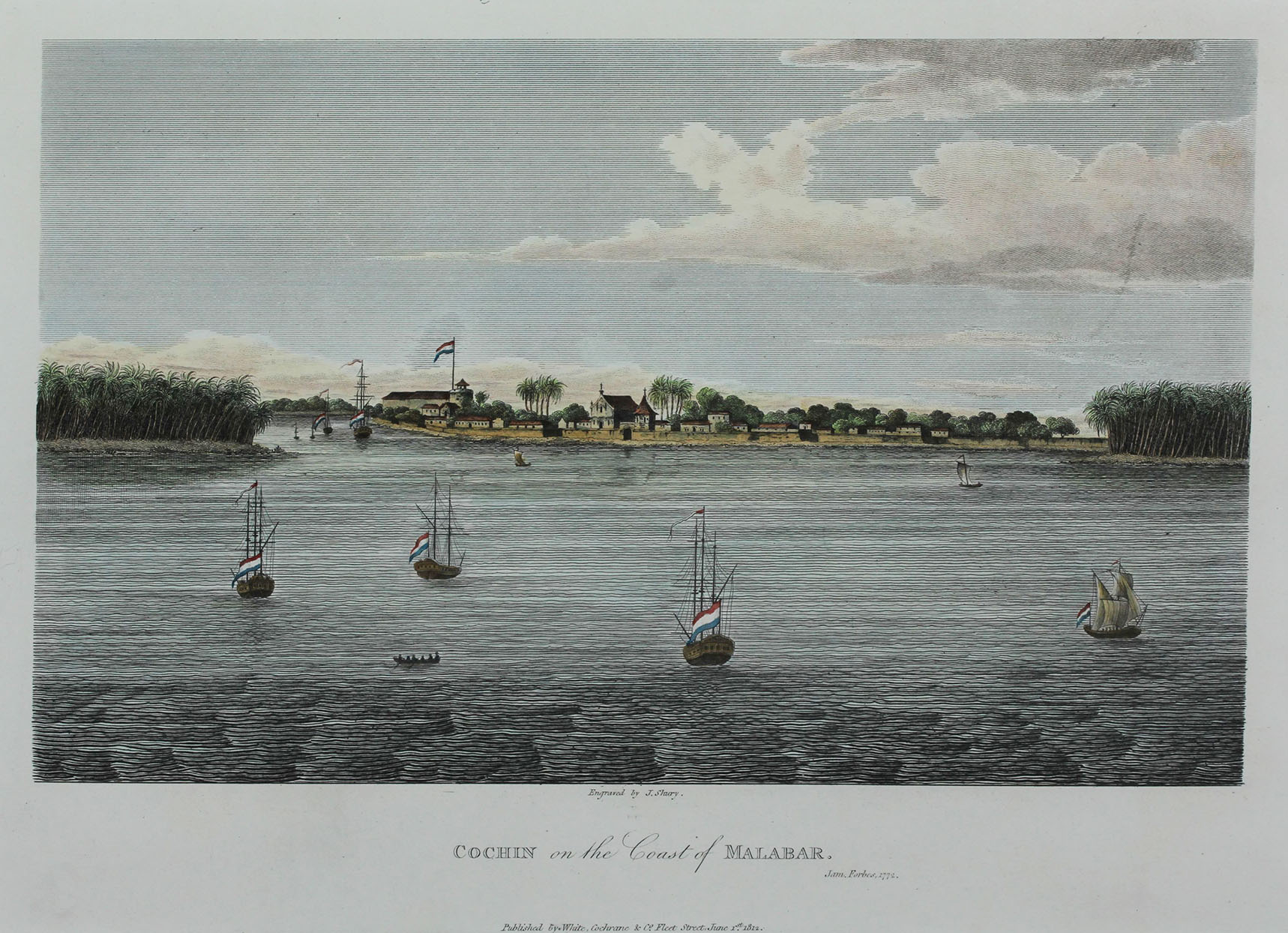 The coastal city of Kochi saw a upswing in its fortunes after a freak climate event. A flooding of the Periyar river in 1341 created a natural harbour and inside a century, Kochi had picked up the mantle dropped by Muziris as star of the Malabar. Under native and imperial rule in the 16th and early 17th centuries, Kochi became a prosperous city trading in pepper, cardamom and other spices, herbs and derivatives of the coconut palm, like coir and dried kernels or kopra. It was connected through a network of backwaters to the spice plantations of Idukki, Kottayam and Alleppey, giving it a strategic position in maritime trade. Historically, the port has seen trade with Persia, Surat, the Coromandel Coast, Bengal and the Indonesian archipelagos. 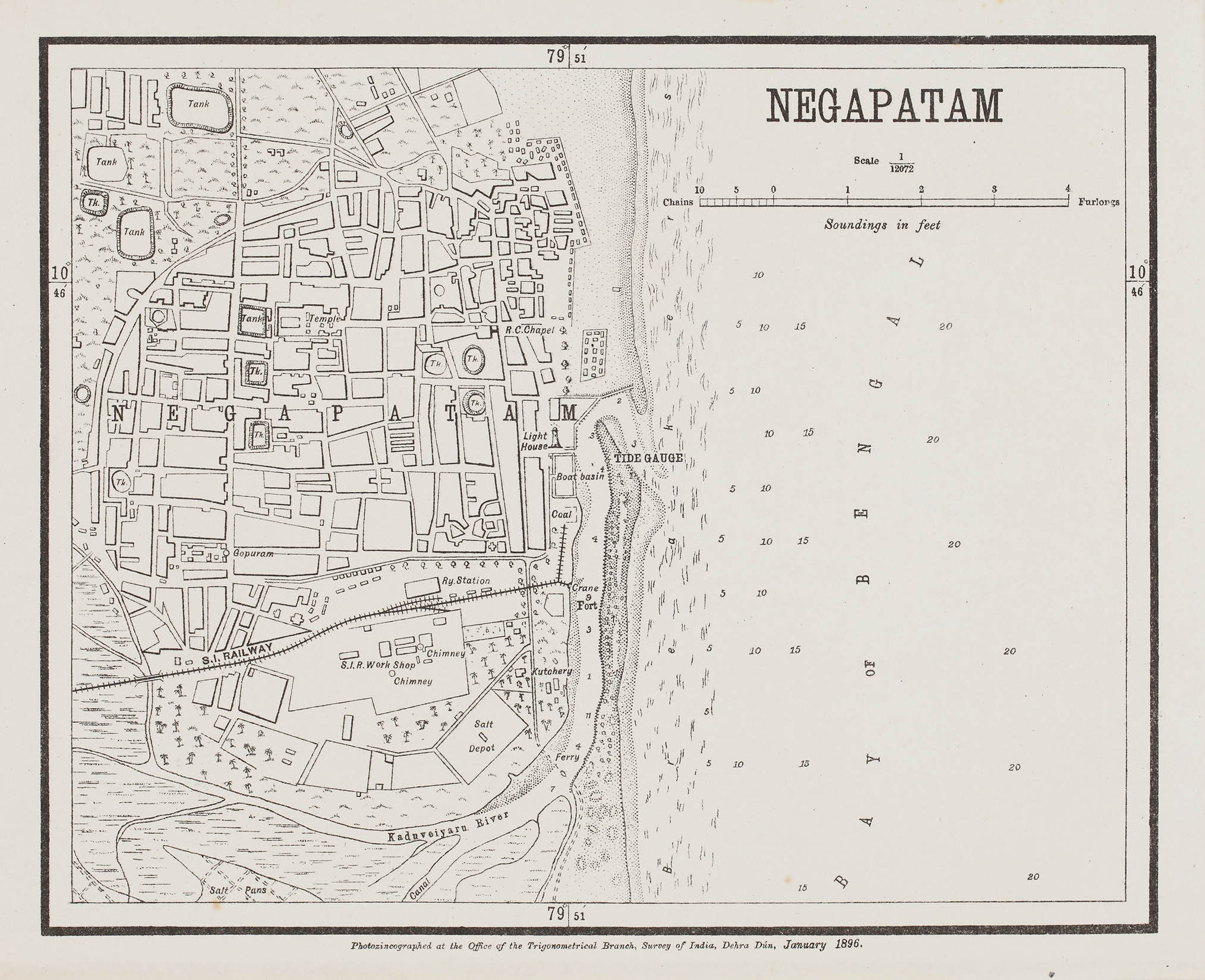 Nagapattinam was one of the jewels in the crown of Cholamandam. The Medieval Cholas leveraged their control over the coast to create the only Indian empire to straddle the seas. Nagapattinam’s natural harbour facilitated a profitable trade with Europe during the classical Greek and Roman times. It was an important seat of power during the reign of the illustrious Raja Raja Chola and continued to enjoy international attention till the colonial era, trading in such goods as spices, rice and tobacco. Through the course of the 16th and 17th centuries, Nagapattinam became a major Portuguese and later, a Dutch colony that played an active role in the global slave trade. 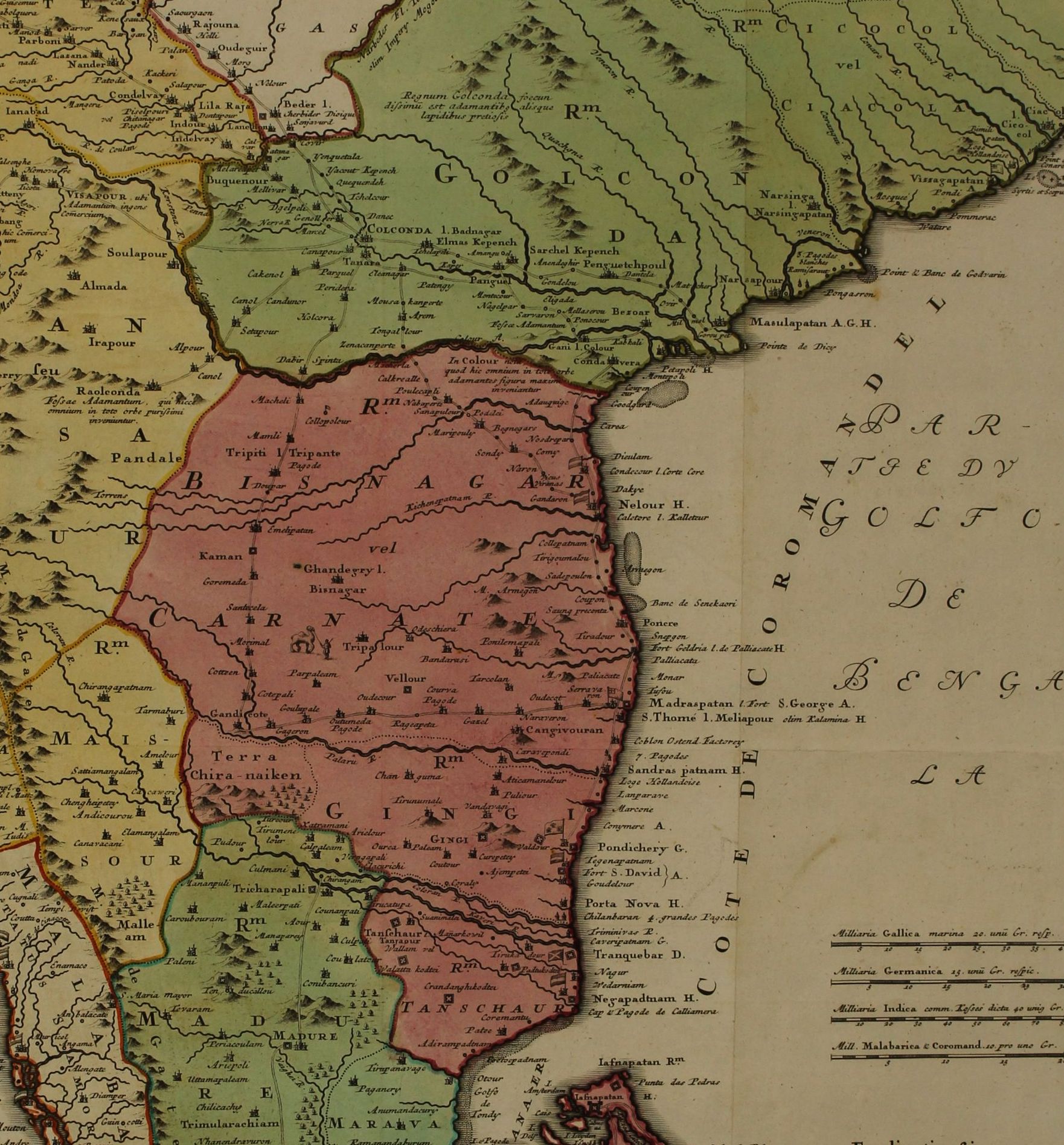 Masulipatnam aka Machilipatnam (Telugu for ‘land of fish’) finds mention in the Periplus of the Erythraean Sea,a Greco-Roman text from the 1st century CE, as Maisolia or Maisolos. Under the rule of the Deccan’s Quli Qutb Shahis, the port was developed as a trade-friendly stop on the Bay of Bengal. In 1759, the siege of Masulipatnam saw the British East India Company oust the French from this port. 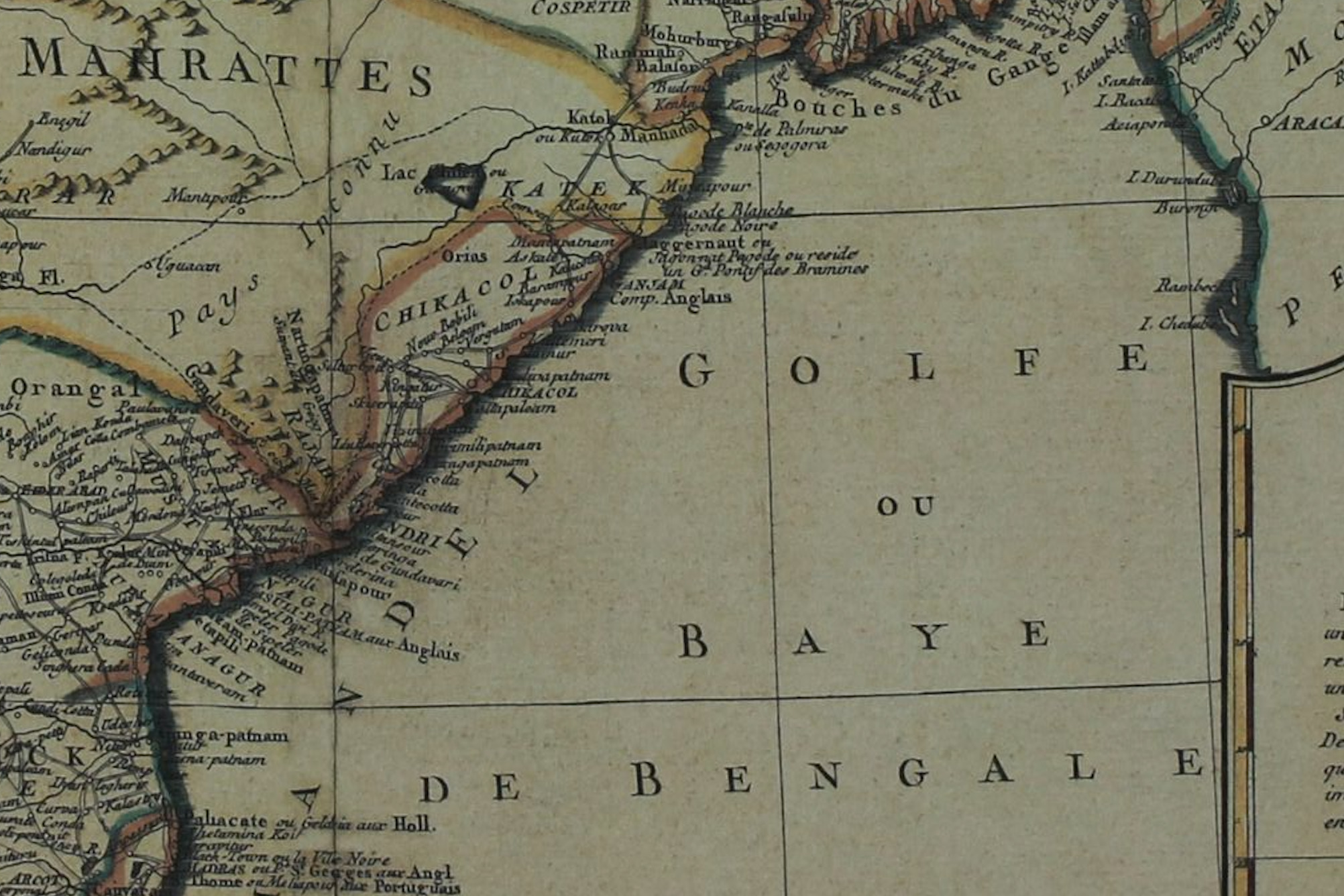 Long before the Greeks discovered the monsoon wind to carry their ships from the Red Sea to India, mariners in Odisha were using their native knowledge of the weather system to traverse the horizons of the Bay of Bengal. To date, Odias celebrate their ancient maritime culture with the annual festival of Boita Bandana. A popular draw is Bali Jatra or ‘voyage to Bali’, when people set toy boats afloat in the Mahanadi river, which empties into the Bay. This is to mark the journeys made by their sea-faring ancestors, the Sadabhas, to the islands of Bali and Sumatra. The Ancient Indian empire of Kalinga—encompassing parts of present-day Odisha, Telangana, Andhra Pradesh and Madhya Pradesh—conducted brisk maritime trade with Myanmar, among other south-east Asian hubs. An important node in this network was the city of Puri, which drew merchants and pilgrims from around Asia. Built in the 12th Century, the looming Jagannath Temple here was used as a navigational landmark by sailors on the eastern coast. 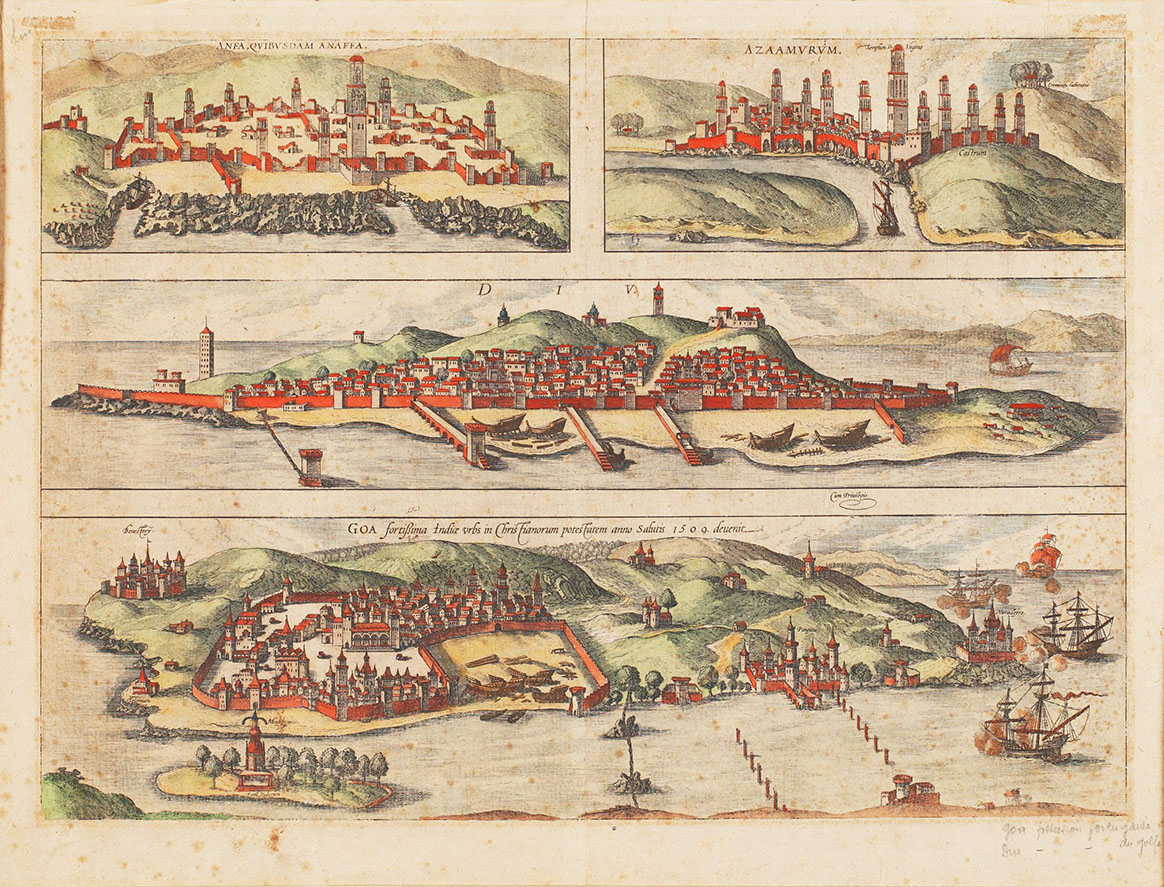 Goa’s maritime history goes back to the era of Emperor Ashoka. This sun-kissed paradise has provided fertile soul for the flowering of many cultures. It traded in spices, corn, sugar, precious stones and perfumes with the Greeks, Romans, Persians and Arabs. Starting in the 16th Century, Goa became the nerve-centre of the many-tentacled Portuguese trading empire from Africa to East Asia. It was visited by merchants from as far away as Siam, China, Malacca and Java.