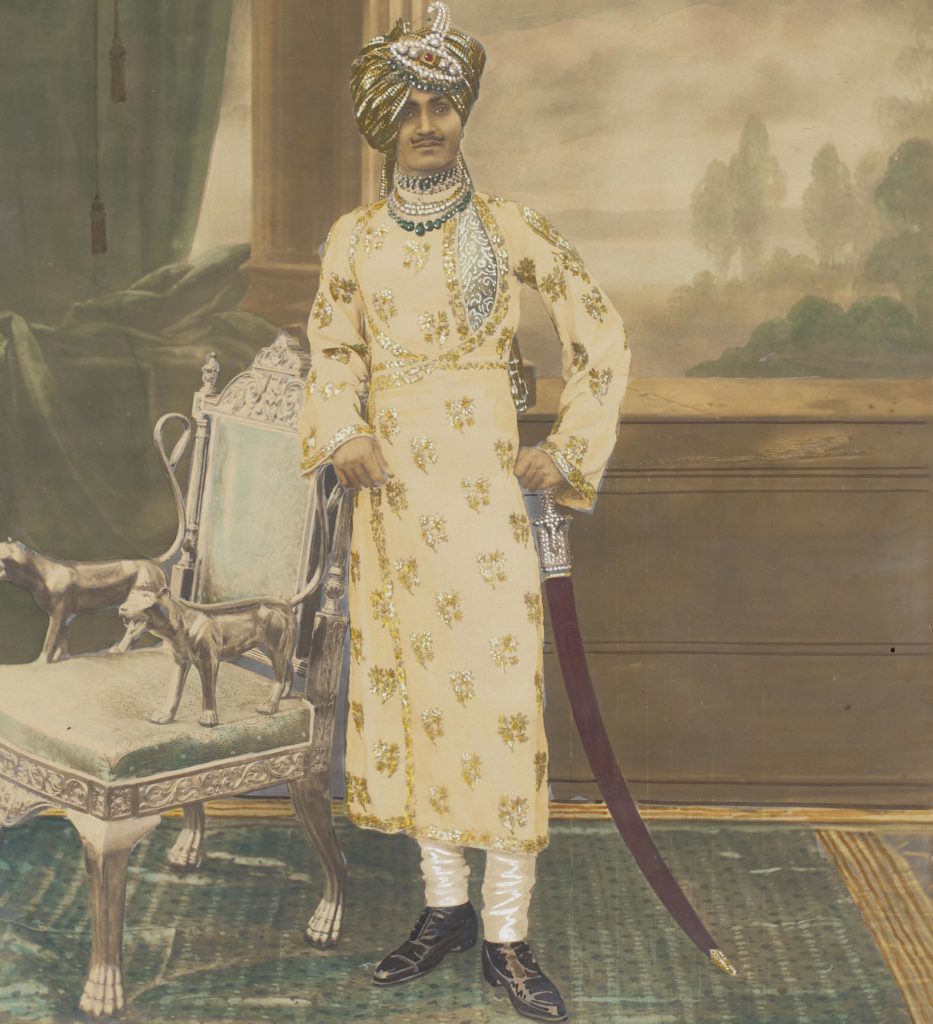 In another age—and not so long ago—Indian men were never seen without their jewellery. Apart from its talismanic role, jewellery was also a proclamation of power, prosperity and prestige, inextricably linked with masculinity and virility. Precious stones had symbolic and religious meanings and the more opulent and ostentatious the jewellery, the more powerful the man who wore it. For the maharajas, the jewellery they wore broadcasted their special relationship with the gods and for the Mughals, it signified the king’s divine right to rule, a symbol of his irrefutable social status.

According to jewellery historian and scholar Dr Usha R Balakrishnan, in ancient India unlike now your gender didn’t dictate how much jewellery you wore. “Women were usually confined to the zenana or the women’s quarters and it was the king who was on display for his subjects to see. To the royal families, jewellery was a symbol of imperial might and material wealth, which is the reason why the most fabulous jewels in the treasury were always the prerogative of the man.”

This began to change in the early 20th century because of the growing western influence on dress. Dr Balakrishnan says, “It wasn’t common in the west for men to be so heavily adorned. As the aesthetics evolved, royal jewellery took on newer forms like bejewelled buttons, spangled watches, and walking sticks encrusted with precious stones. In addition, because of the nationalistic movement that had taken root at the time, any association with power and aristocracy was deemed embarrassing. As a result of this new order, prized royal jewels made an appearance only during special durbar occasions and for photographs.” 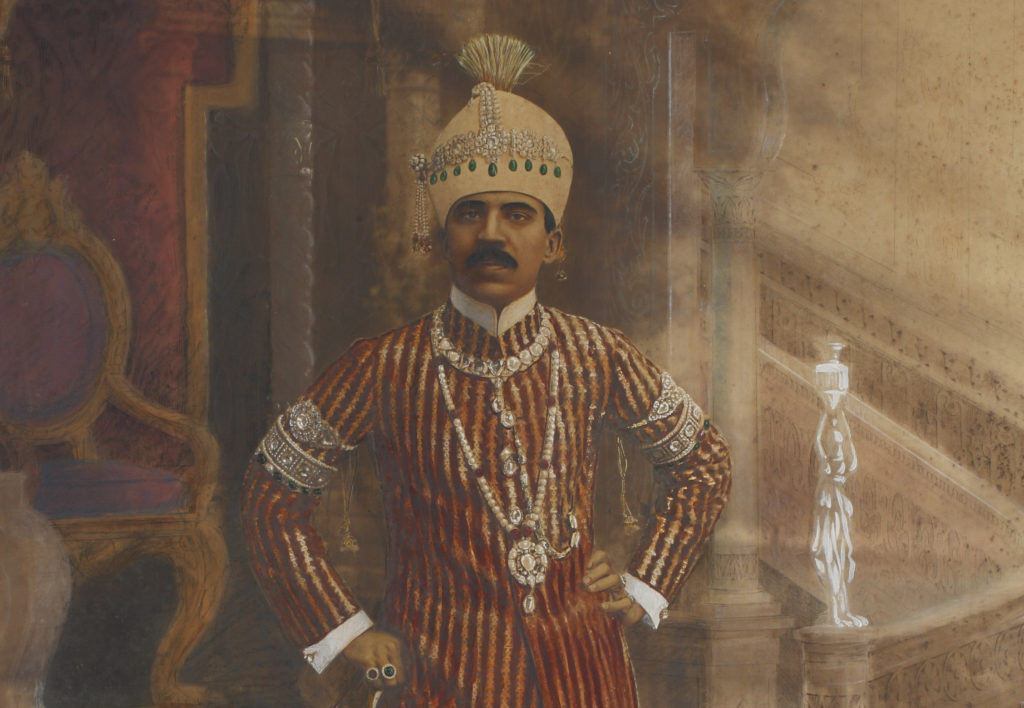 Nizam of Hyderabad, Usman Ali Khan. Click on the picture to see more

The most prominent piece of jewellery among the maharajas and the Mughal kings was the turban ornament or the sarpech. Turban ornaments signified temporal power and formed the centerpiece of royal attire. The sarpech was typically shaped like a plume and featured a combination of exquisite rubies, emeralds, diamonds, sapphires and pearls set in gold. The bazuband or armband was another important piece that also served as a protective amulet. The king’s exalted status in the cosmic scheme of things was exemplified by the navaratna bazuband with nine gemstones, one for each planet, set in gold.

In addition to these key pieces, kings also piled on bejewelled rings, ornate pendants, lavish strands of pearls and dazzling bracelets, over their fine brocades and silks. And if His Highness wanted to go all out, he’d throw in pectoral ornaments and orders and medals, worn to underscore his military achievements and represent power over adversaries. Ornate baldrics or belts held the emperor’s swords and weapons, which themselves boasted elaborate gold and silver hilts mounted with precious stones and fine enameling. Decorative accouterments like fly whisks, ink stands and boxes fashioned from precious metals and studded with gemstones were part of royal treasuries.

Legends from the Treasury

It wasn’t all for show, though. Investing in gold made as much practical sense then as it does now. So the richest kingdoms in the Indian subcontinent held their wealth largely in the form of jewels that could be carried and liquidated very easily in the eventuality of war. Reflecting on the India’s jewellery legacy Dr Balakrishnan says, “Almost all Indian kingdoms have had a rich jewellery tradition and India had more than 600 such kingdoms. The ones that stand out the most in this context are the dynasty of Kapurthala, the Scindias of Gwalior, the Gaekwads of Baroda, the Mysore Maharajas and the kingdom of Travancore. Even a tiny kingdom like Darbhanga was known to possess the most magnificent jewels.” 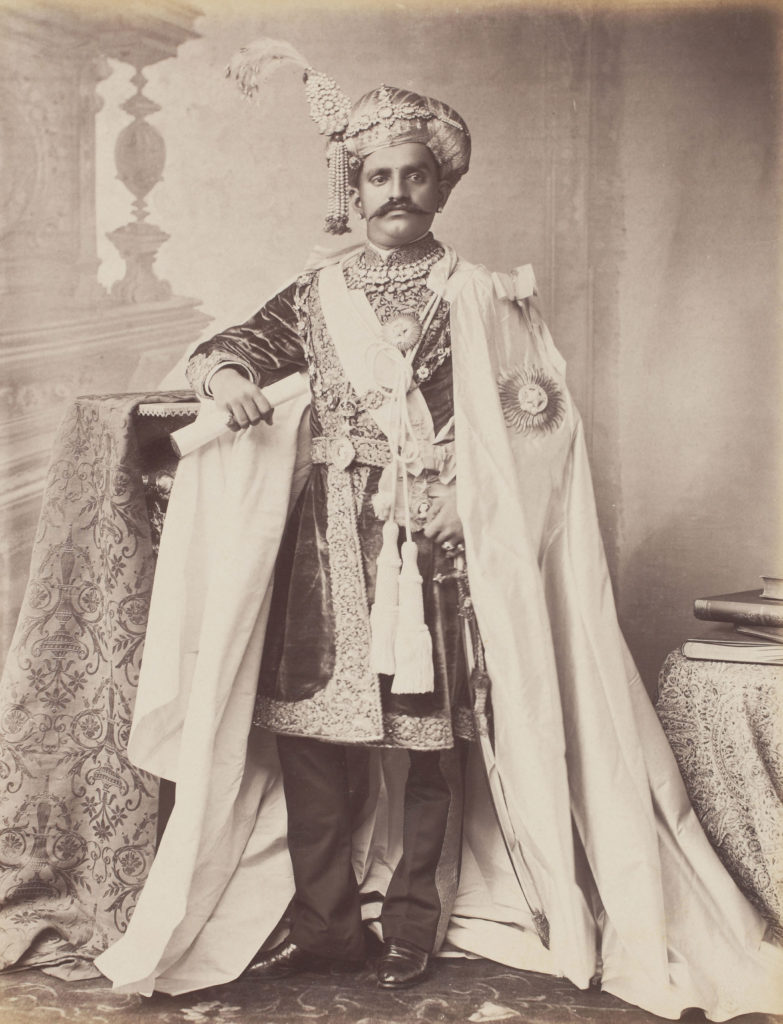 The arrival of the Mughal emperors in the 16th century marked the golden age of Indian jewellery. Among them the Asaf Jahi Nizams of Hyderabad were known for their legendary jewels, which to this day are living testaments of their staggering wealth. Dr Balakrishnan, who is among the very few people to have seen and catalogued the Nizam’s collection in its entirety, adds, “ The Golconda diamond mines were in the Nizam’s territory and there was an unspoken rule in the kingdom that the largest and the best diamonds mined had to be offered to the king. The nazrana ritual was also practiced in the kingdom where subjects offered gold coins, gemstones or a piece of jewellery as an expression of their loyalty. The ruler in turn rewarded his most loyal and faithful subjects with his own jewellery.”

Some kings were such jewellery connoisseurs that over time they came to be associated with certain trademark pieces that became a part of their identity. Case in point—the sensational Patiala Necklace crafted in Paris by Maison Cartier for Maharaja Bhupinder Singh of Patiala. Also unforgettable were the last Nizam Mir Osman Ali Khan’s (once called the richest man in the world by the TIME magazine) famed sarpechs, also known as aigrettes. So was his satlada or seven-strand pearl necklace made up of 465 Basra pearls. The pearls from the city of Basra, in modern-day Iraq, are known to be among the finest in the world. The Nawab of Murshidabad’s armbands or bazubands, depicting elements of his coat of arms, were also legendary. 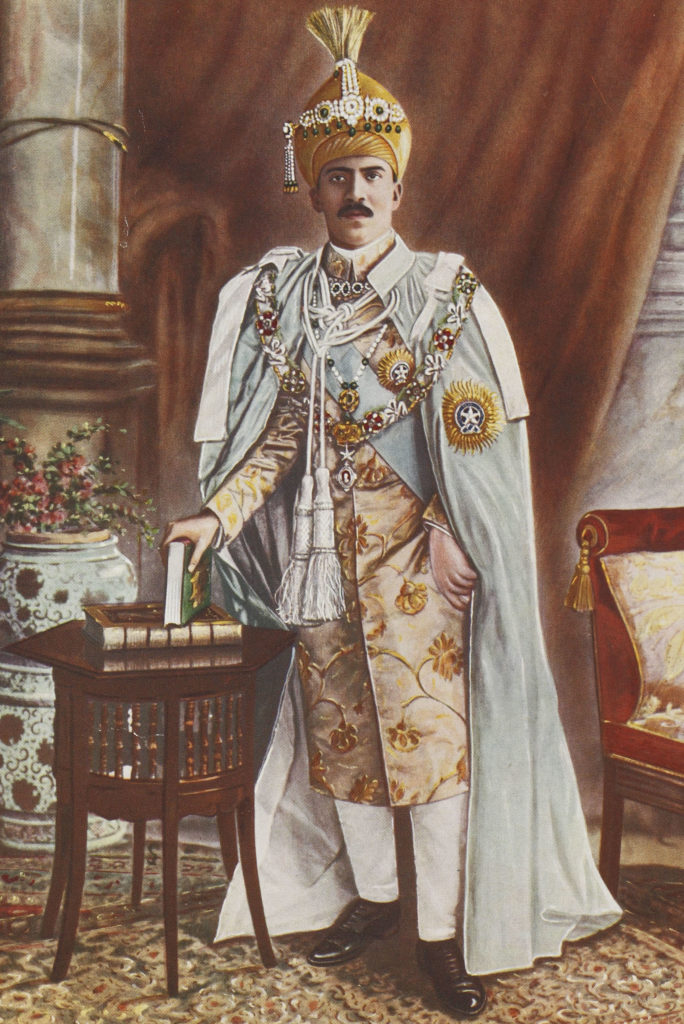 Today prominent museums around the world house jewellery that belonged to Indian royalty. The Nehru Gallery of south Asian art and textiles at the Victoria & Albert Museum in London has a formidable collection and so does the British Museum. The Al-Thani collection, privately owned by Qatar’s Sheikh Hamad bin Abdullah Al Thani, features the most extensive lineup of Indian royal jewels in the world. You can get a glimpse of the collection through the virtual gallery tour on the foundation’s website or visit one of their exhibitions held at prominent venues around the world. In India, look no further than the Alamkara Gallery, which Dr Balakrishnan curated for the National Museum in Delhi. The extraordinary exhibit allows you to get up-close with the royal jewels and offers insights into the excellent craftsmanship of our nation’s goldsmiths and jewelers—these long-forgotten artisans deserve the spotlight as much as their blue-blooded, blinged-out patrons.