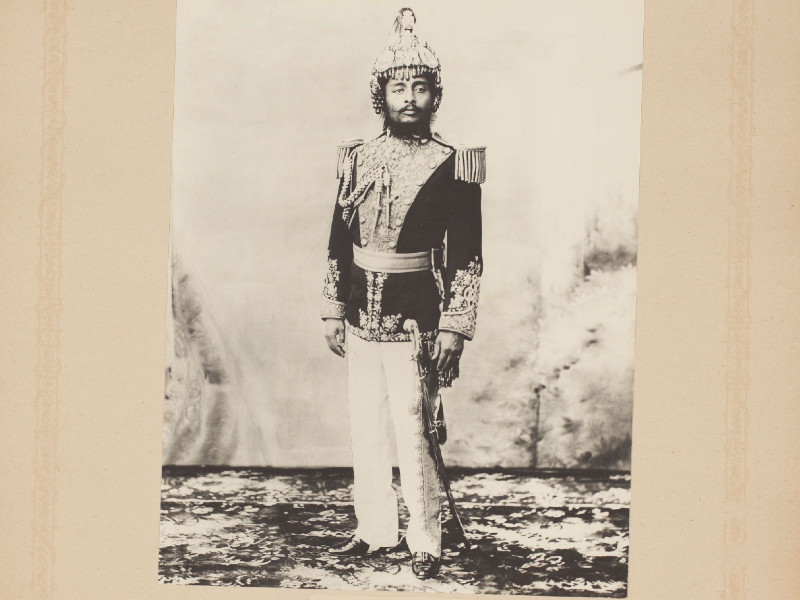 By now we’ve established that our erstwhile kings and queens were pros at taking good photos. They loved the medium, could afford to stage great spectacles, and weren’t too shy to shine. Some of the most exquisitely preserved photographs in the Sarmaya collection are royal portraits and this pristine cache of visual material is embedded with so many clues about the culture, politics and fashions of 19th-century India. Like the social media influencers of the 21st century, Indian royals wielded enormous ‘soft’ power and that’s what these photographs represent. Draped with symbols, adorned with art and preserved with the cutting-edge tech of the time, these photos were a powerful means of communication. And they were saying some version of: ‘Like, share and subscribe!’

While digital influencers seek to turn online adulation into cash in the bank, our royals had plenty of the latter and were in the limelight to win hearts and minds. Not just those of their native subjects but their colonial patrons and other rulers too. Once they discovered the power of the medium, princely states began to set aside an annual photography budget and employ state photographers. This money was not spent lightly. Like any Instagram influencer worth their salt, maharajas and maharanis carefully considered each frame and used every square inch of it to signal legitimacy, righteousness and supremacy.

So let’s look at a few ways in which royal Indian portraiture was way ahead of its time, and the reason these photos always do well on our Instagram.

Reality with a filter

They say the camera never lies; that was the central appeal of this sexy new invention of the 1800s. Notwithstanding the lensman’s prejudices, a photograph served up the plain, unvarnished truth. But not in India where we like a bit of varnish and a touch of gloss. Read about the colourful collaboration between photography and painting here. This made for the 19th-century equivalent of an Instagram filter supplied by court artists, who had the miniaturist’s true talent for filling in intricate details, whether it’s obviously-fabricated opulent backgrounds or something as subtle as the soft lustre of pure silk in this portrait, possibly of Maharani Chinku Bai Raje Scindia of Gwalior. 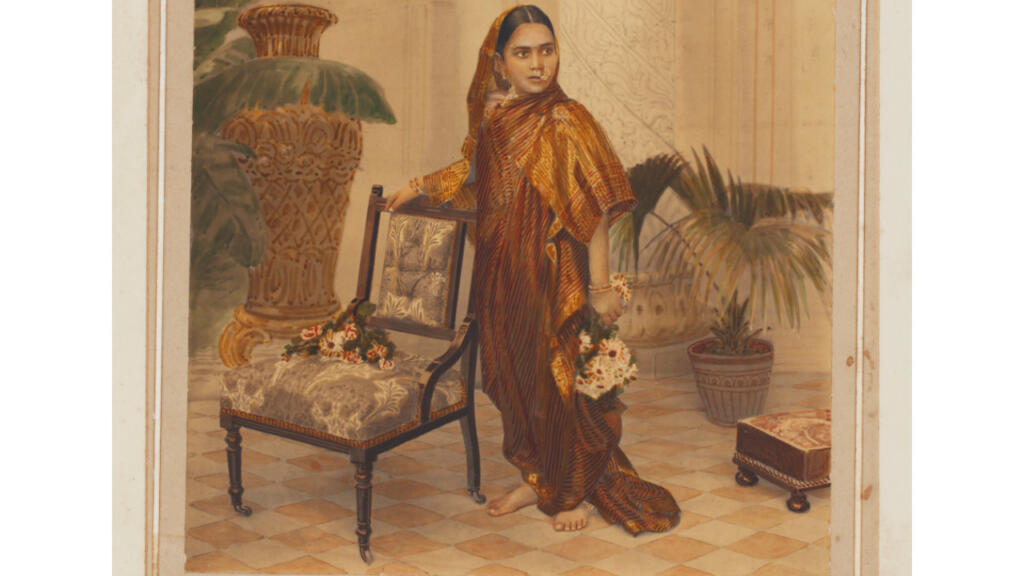 Want to signal to your subjects that you’re a modern, forward-thinking leader? Go west! Kings would wear tailored suits and eschew all jewellery and caste-markers like tilaks and turbans. Queens would also go easy on the gold and finery, but the ornamentation just shifted to take the form of impeccably coiffed hair. Like the flapper-style finger curls seen here on Maharani Vijaya Raje Scindia (later the Rajmata of Gwalior), photographed with Maharaja Jivajirao Scindia of Gwalior. 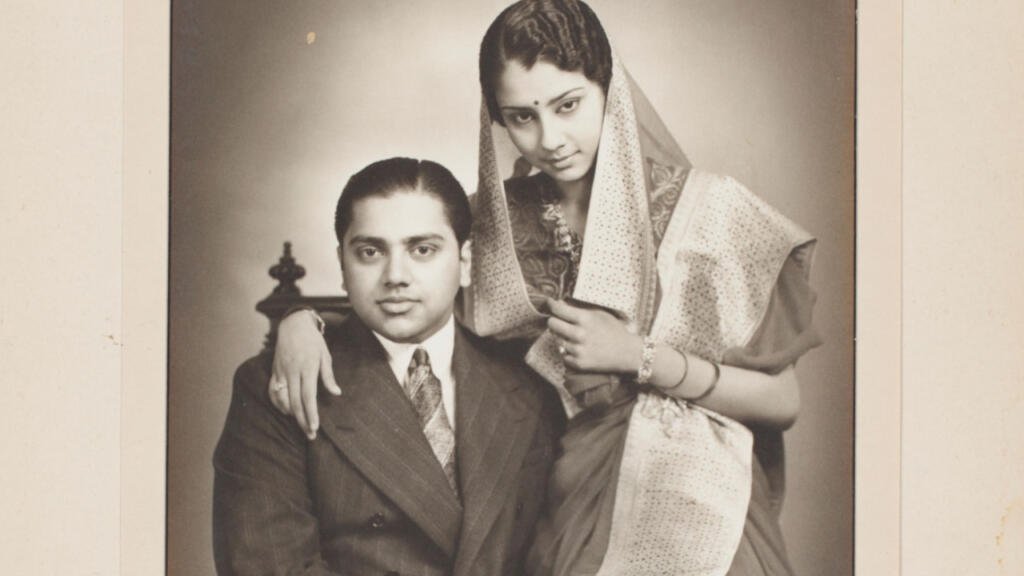 The princely states were in a way indirectly ruled by the British Crown, which entered into mutually beneficial alliances with royals from the subcontinent. To officially recognize and strengthen these relationships, Queen Victoria instituted a knighthood called the Order of the Star of India. The highest level was the Knight Grand Commander and came with the suffix GCSI, the next was Knight Commander (KCSI) and this was followed by Companion (CSI). To hint at their close association with the Crown, thereby cementing their own status as supreme leaders of the land, Indian rulers would prominently display the badges, stars and mantles bearing the British royal insignia that were awarded to them to mark the honour. 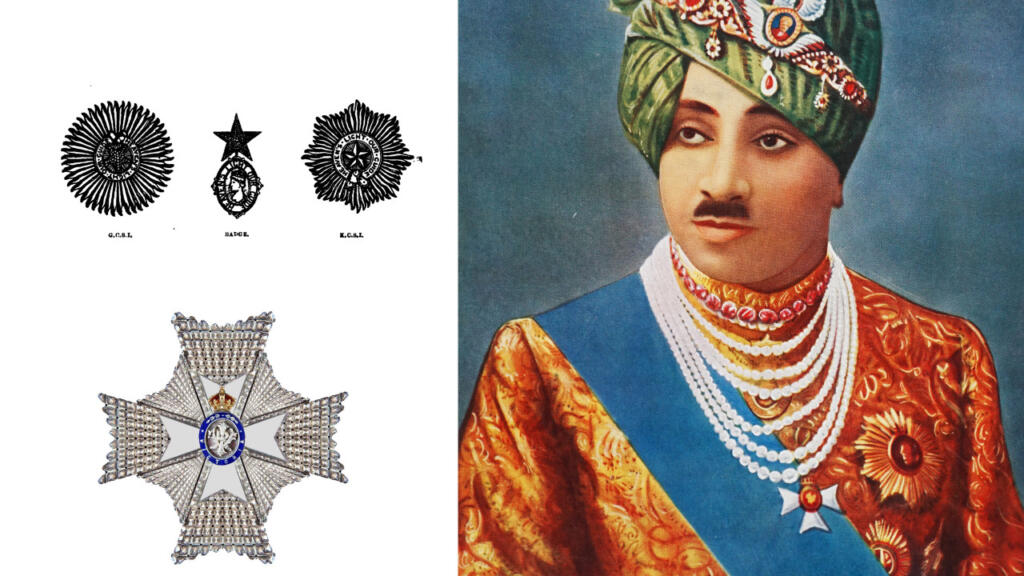 A sure-fire way to reassure your older constituents that you’re still very in touch with traditional values is to overtly perform gender roles, seeming demure and ladylike or dashing and virile, as the case may be. Women off gaze dreamily somewhere off camera. Men flaunted their splendid moustaches and weapons, and stood with chest-out assertion, looking as if they were trying to stare down the photographer. Interestingly, when a woman needed to assert her authority, she assumed a more insouciant, confident pose. Like the redoubtable Begum of Bhopal, Sultan Kaikhusrau Jahan. 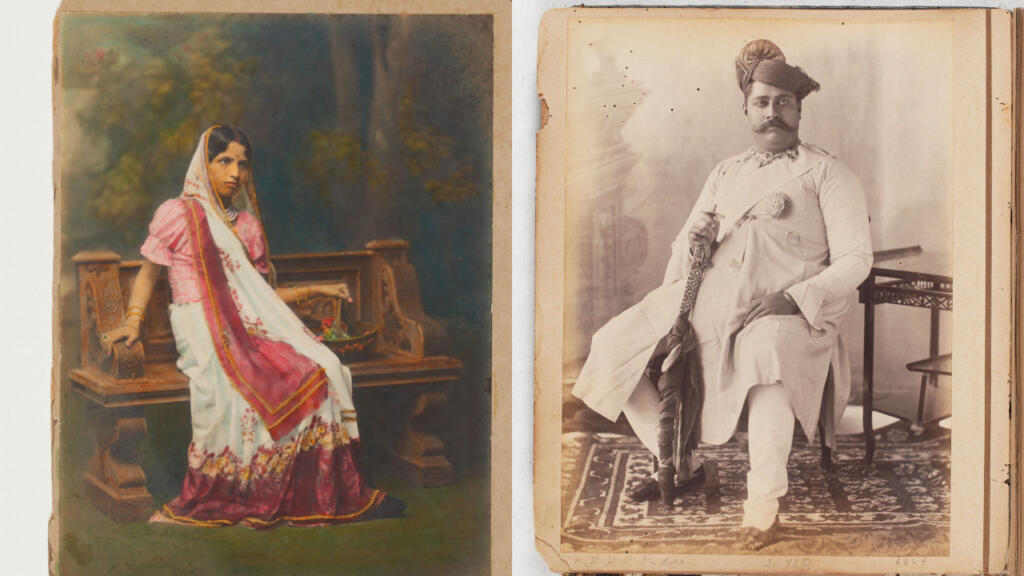 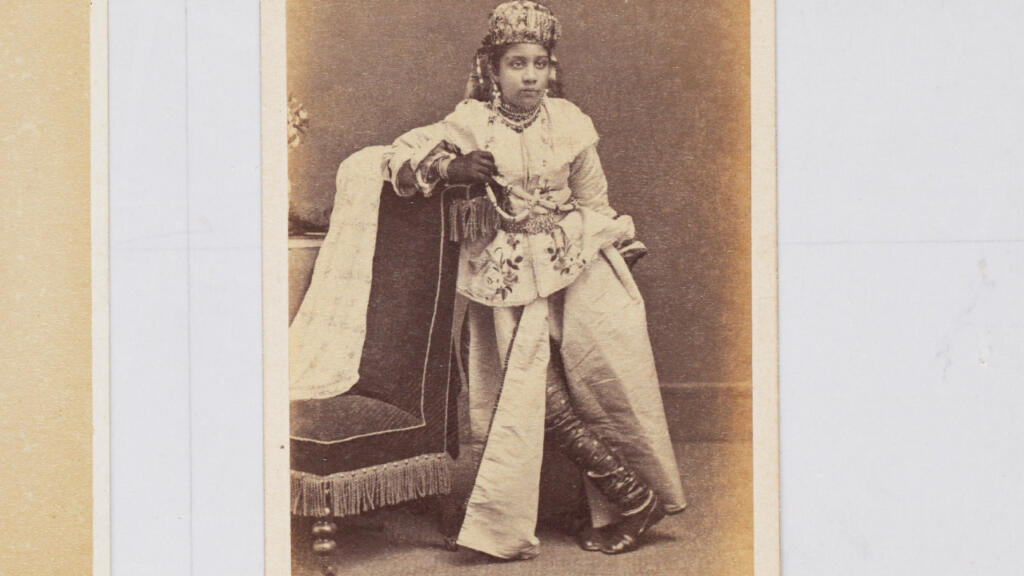 Like the very viral #FollowMeToo trend created by photographer Murad Osmann and model Nataly Zakharova, portraits of royalty beckon to us seductively from tableaus of extreme privilege. Velvet drapes; plushly upholstered, chicly low-slung furniture; bejewelled weapons; careless strings of rare gems and pearls; textiles so radiantly worked, they seem to give off a glow even in monochrome photographs. Tantalising glimpses from a closely guarded life of fabulous wealth. 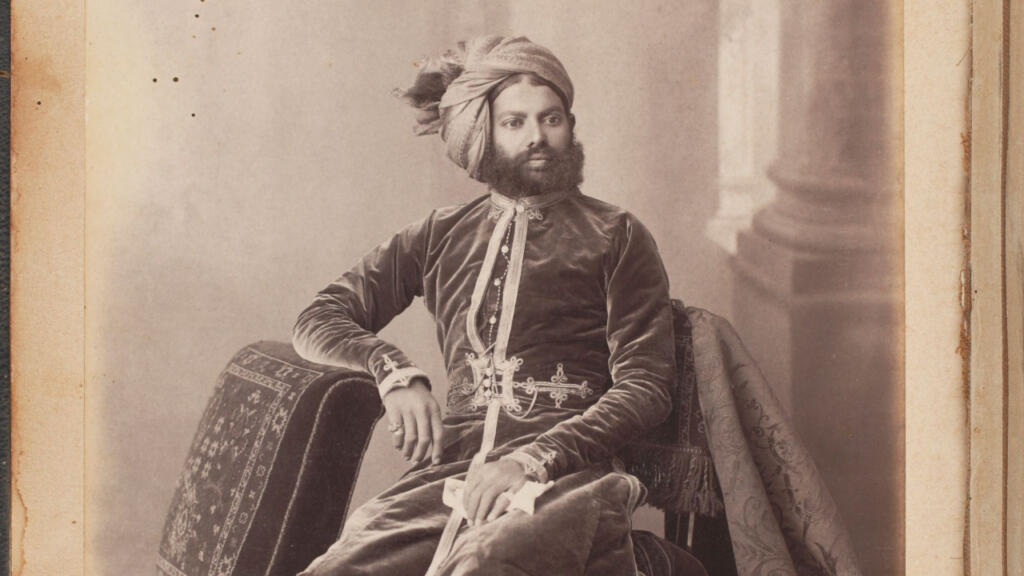 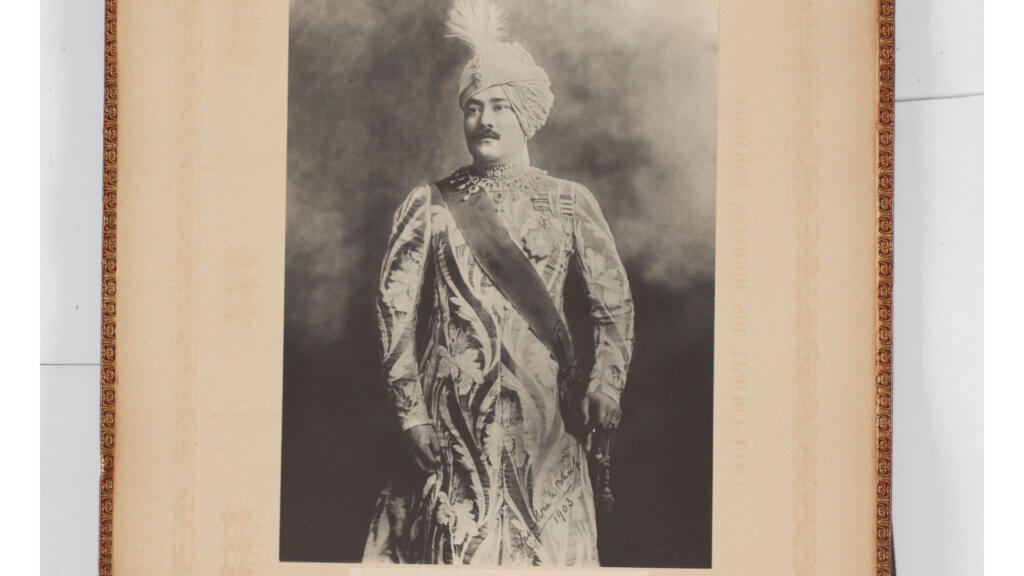 Who do you need, who do you love and who do you need to pretend to love. All will be revealed in the group picture. You might even be able to gauge who holds the most power in the kingdom (after the king) by seeing how close to the centre they’re physically allowed to get. The more relaxed or experimental the postures, the greater the intimacy between the subjects. As is palpable in this image of Maharaj Sawai Madho Singh II of Jaipur and his sons, Ganga-ji and Gopal-ji. 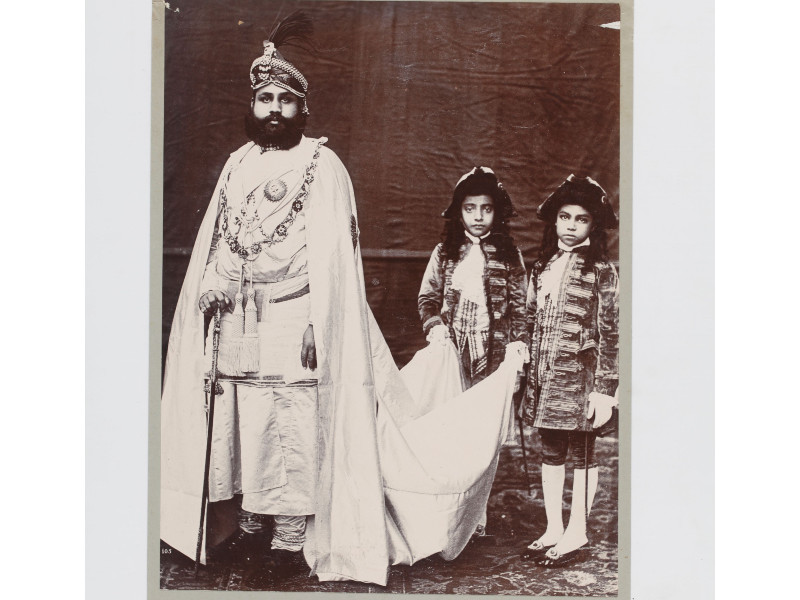 Group pictures were also a good way to seal or publicise a prominent association of any kind. Like in this photograph from the Sarmaya archive of the prominent businessman from Mathura Seth Lachman Das, in which the legendary Indian artist Raja Ravi Varma joins him on the seated row. To the left is a painting of Seth Lachman Das made by Varma. Read more about their association and the genius of Raja Ravi Varma here. 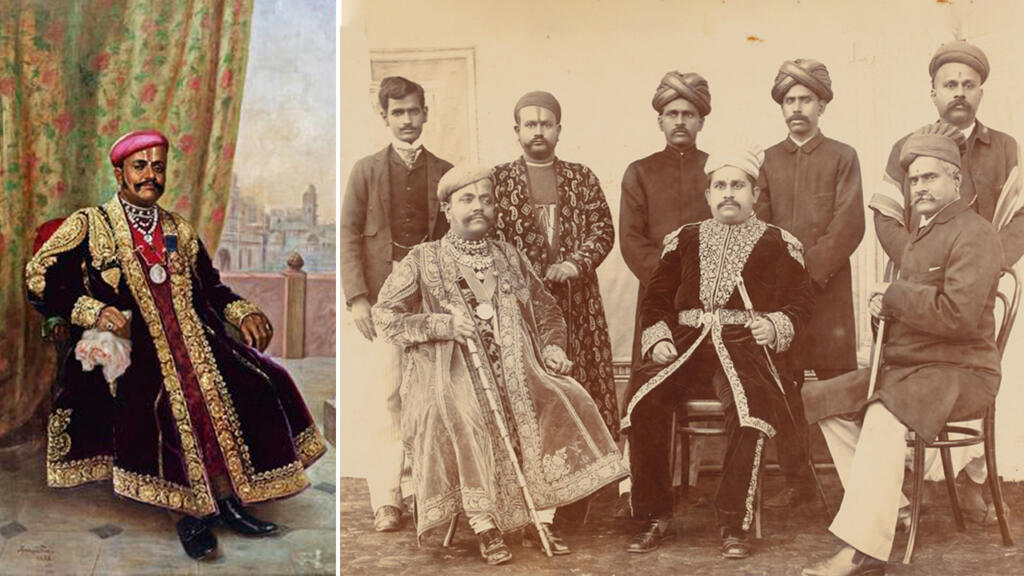