The Uprising of 1857 changed the course of Indian history forever. A rebellion that started in Meerut soon spread across the nation like wildfire. The Bengal army was a major player in the uprising against the East India Company and to really understand why, we have to travel to where most of its soldiers came from—Awadh. 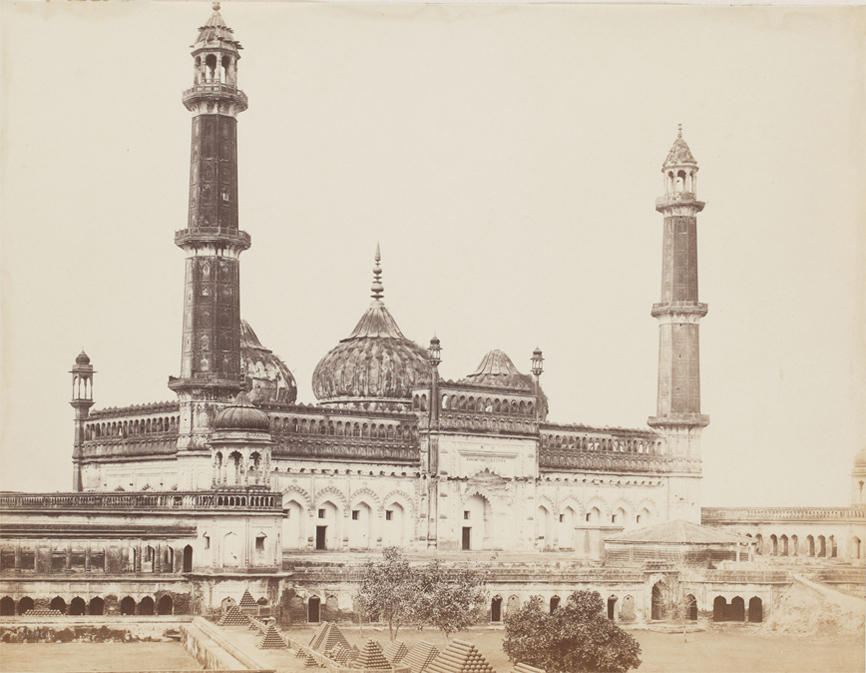 Although the kingdom of Awadh was allied with the British, its nawab Wajid Ali Shah was the only remaining independent Muslim sovereign in India in the mid-19th century. This commanded great respect for him within the community. While earlier it was generally agreed that the status of Awadh would not be interfered with, Lord Dalhousie’s obsession with annexation changed this and in a manner highly offensive to the citizens: in 1856, troops secretly entered the kingdom at night, taking over Lucknow and sealing the king’s fate. Naturally, resentment began to build among the soldiers. 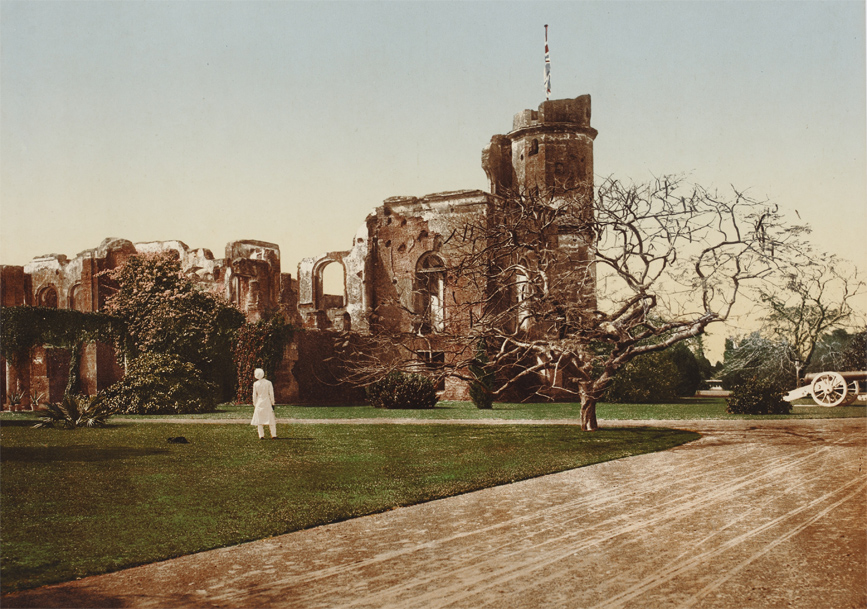 At Lucknow, the nature of the Uprising was violent and prolonged; it started in May 1857 and went on till November. Henry Lawrence was the Commissioner of the city during the Uprising and after the initial outbreaks, he began fortifying the Lucknow Residency and collecting supplies for a siege. Several British civilians made their way there from surrounding districts. 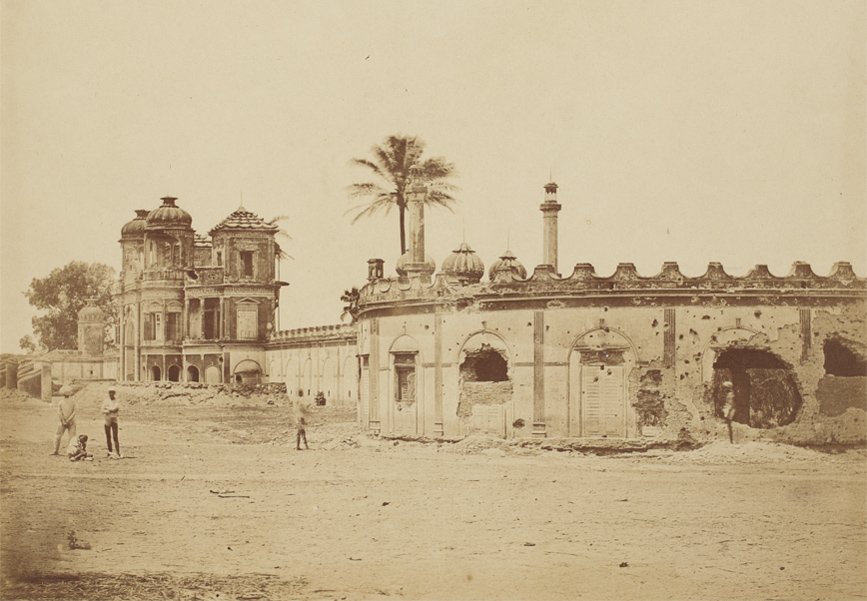 A month later, on 30th June, the rebels launched a fresh attack from the north of Lucknow. Upon learning this, Lawrence led an expedition to meet them. A lack of food and water, along with the defection of some sepoys to the rebel side necessitated British withdrawal to the Residency, where a siege now began. The rebels attempted to storm the defences of the Residency in the early weeks of the siege, but a lack of unified command made coordination among them difficult. They suffered significant losses, as did the defenders; Henry Lawrence succumbed to a fatal wound from a shell. Many civilians, including British women and children, lost their lives. 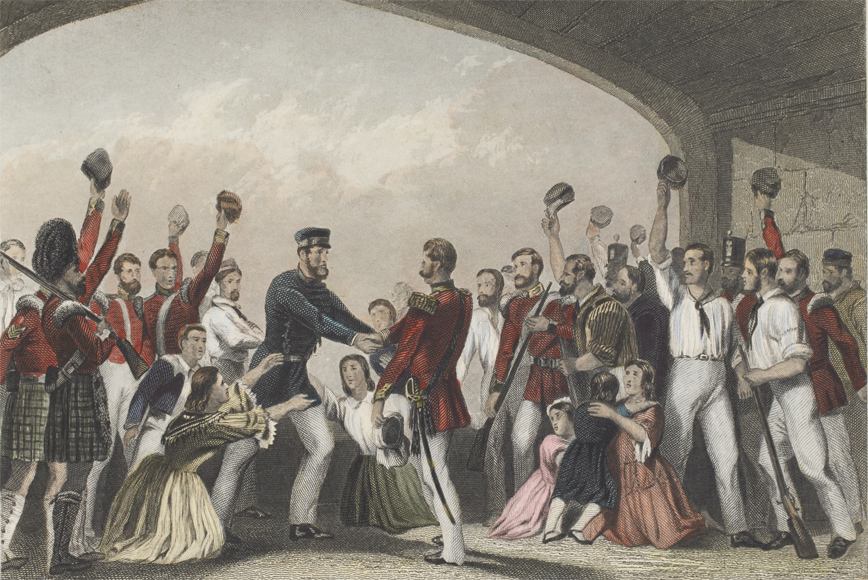 ‘The Relief of Lucknow by General Havelock’, polychrome engraving on paper

The First Relief of Lucknow after an 87-day siege was brought by Henry Havelock and Sir James Outram. Originally, Outram had intended to swiftly evacuate the Residency, but this plan was given up for two reasons: firstly, Outram discovered a large stock of supplies underneath the Residency, sufficient to sustain the garrison for two months; and secondly, his forces had incurred heavy casualties during their final advance, making it impossible to withdraw all the sick, wounded and noncombatants. Once Outram received reinforcements, he destroyed all houses overlooking the Residency from where rebel snipers could target the British garrison. Despite his best attempts, however, the rebels remained close, making communication outside the Residency very difficult. 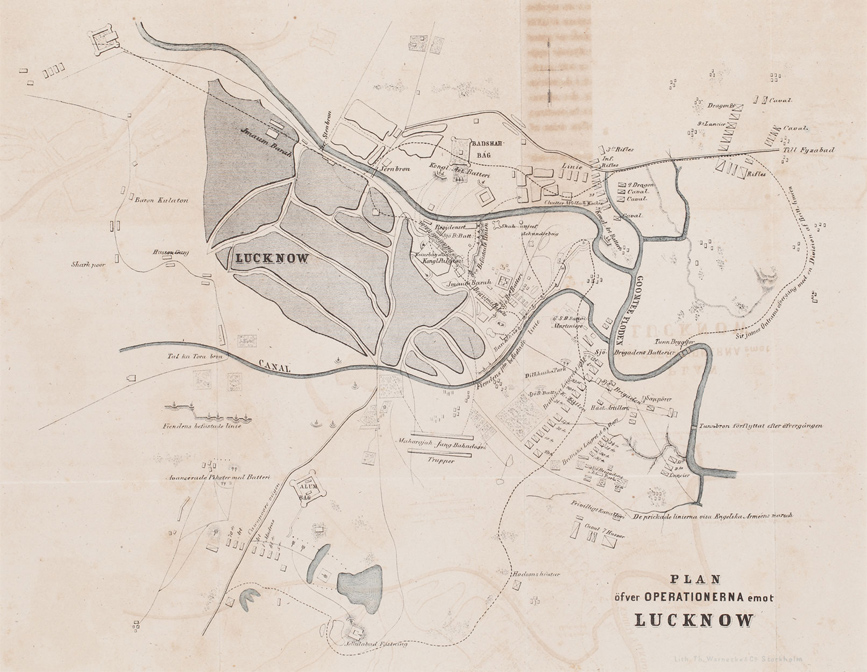 Plan of Operations in Lucknow during the 1857 Rebellion, a monochrome engraving on paper

The Second Relief of Lucknow, beginning on 14th November, was provided by Sir Colin Campbell, the new Commander-in-Chief in India, who left England in July 1857 to take command of the Bengal army. Campbell’s strategic advance to Lucknow was geared at withdrawing the garrison from the city. His forces progressed rapidly from Alambagh to Dilkusha Park and Le Martiniere, which were brought under British control. 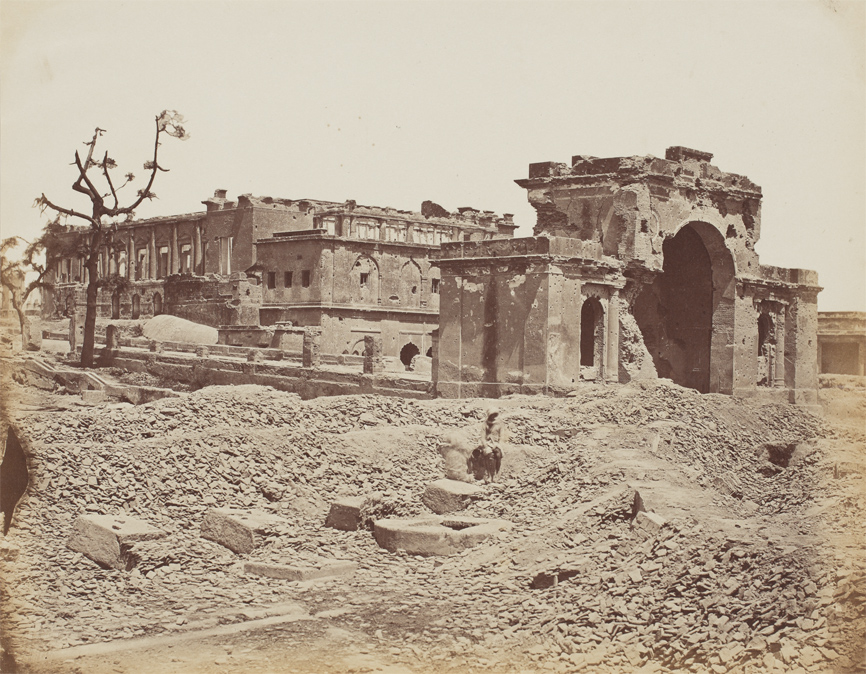 Gateway and banqueting room inside the Residency used as a hospital by the garrison, Lucknow, albumen print by Felice Beato

The second siege ended after 61 days. By the time the Uprising had been quelled, in November 1857, both sides suffered major casualties. The British had won this round, but they were rattled, and in retrospect, it’s easy to see why. The Revolt of 1857 was India’s first nation-wide struggle against the British government. Even though it wasn’t a struggle for sovereignty, it gave birth to the desire for independence. It shook up the very foundations of British rule in India to the extent that it could never be as firmly established as it had once been.

A student of history from St Stephen’s College, Devika Dua had briefly interned with Sarmaya

Lucknow occupies a special place in the Sarmaya archives. During our visit to the city as part of Sarmaya’s Art of Travel series, our founder and collector Paul Abraham took guests through a small sampling of the engravings, photographs, maps and rare books that tell a compelling story of the region and its people.