If visiting royals in the British Raj-era were looking to be charmed, India offered a surprising number of opportunities—fairs, exhibitions, hunting safaris, durbars, etc. So when Prince Albert Victor, the eldest son of Edward VII, set off on a seven-month tour of India in October 1889, it was important for British residents in the subcontinent to organise events commemorating the visit and to craft itineraries that allowed for many social occasions for both Indians and the British. 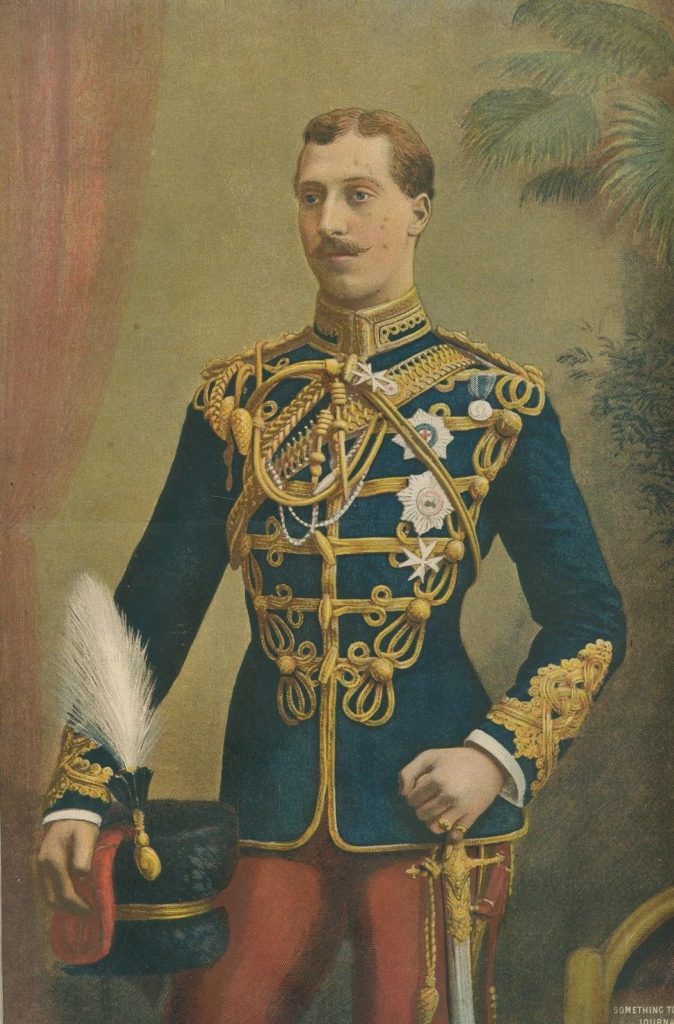 One seemingly endless source of awe for our British visitors was the wide range of Indian plants and animals that were completely new to them. A formal way to mine this form of entertainment was suggested by Col Wise, Commissioner of Police of Bombay and  ECK Ollivant, Esq. Municipal Commissioner of Bombay, with the launch of The Bombay Horse and Cattle Show. In 1890, the show was organised by one Mr Steel, the Principal of the Bombay Veterinary College at the Victoria Gardens, now known as the Veermata Jijabai Udyan in Byculla, to celebrate the visit of Prince Albert Victor. As a souvenir of the event, an album-report was published by Steel with the most magnificent collection of photographs of Indian horses and cattle. Most photographs in the album are attributed to Shapoorjee Hormusjee. 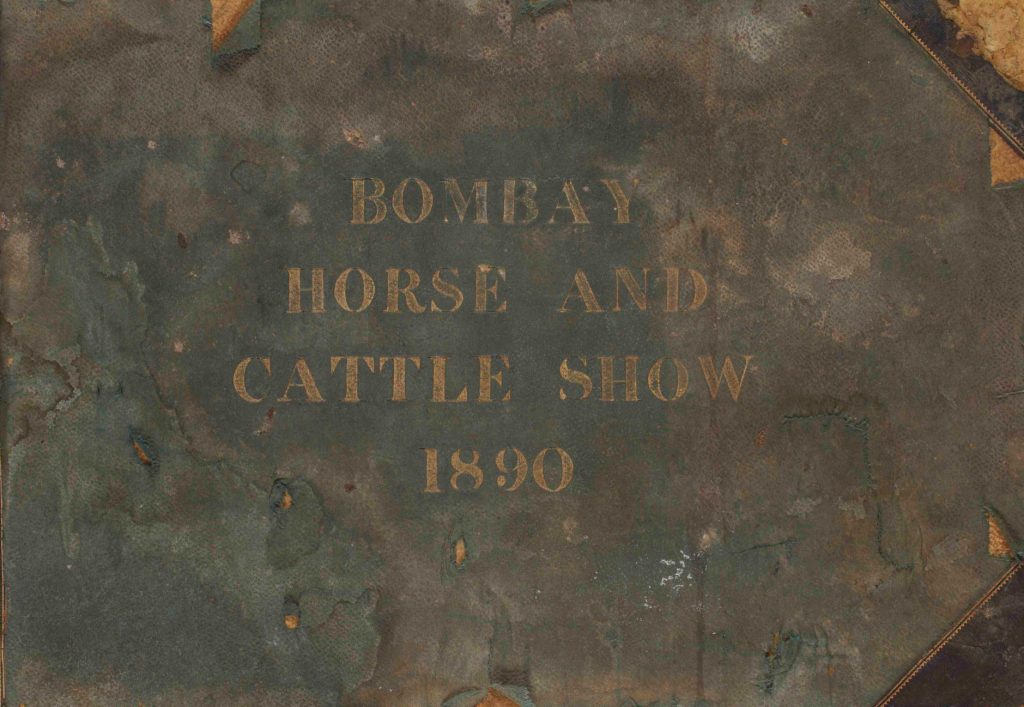 Front cover of the album from our photography archive

A show of this nature was recognized as a massive undertaking for the time. The objective of the initial committee meetings was to collect the best animals of all breeds available for exhibition. The committee decided not to host a poultry and dog show as it was considered not entirely-practical.

Once the details of the Horse and Cattle Show were ironed out, circulars were distributed asking all states to provide the best horses and cattle in their holding. The rules of the competition were strict. By March 8, 1890, all the show entries were made and on March 22, all the animals arrived in Bombay. 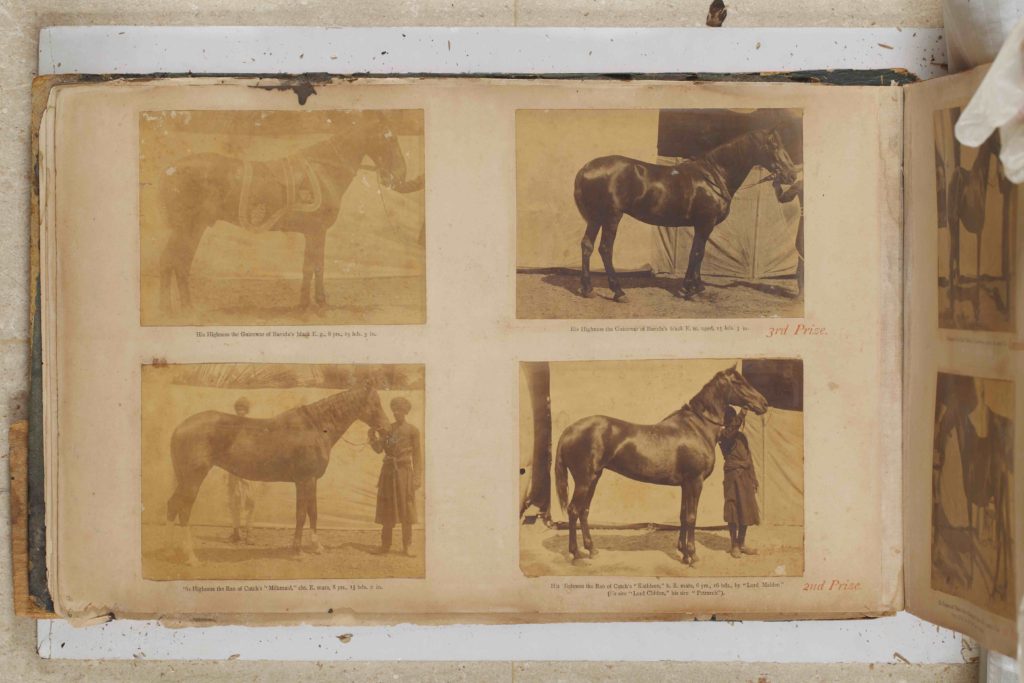 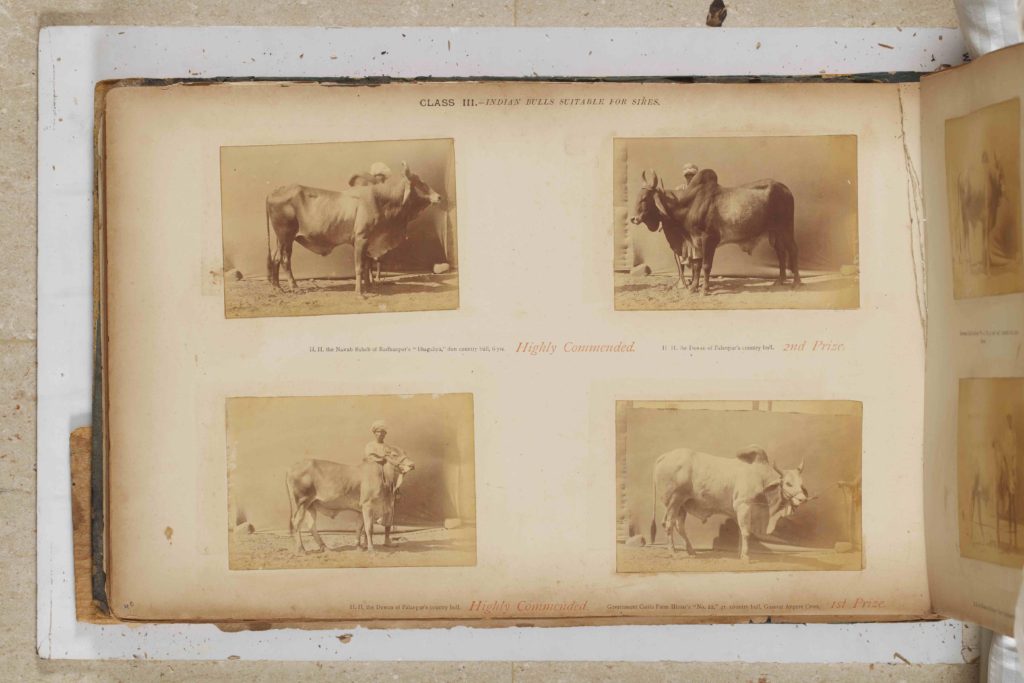 Photographs of Indian bulls belonging to His Highness the Nawab of Radhanpur, H.H. the Dewan of Palanpur and from the Government Cattle Farm in Hissar

The show took place between March 26 and March 29 in Victoria Gardens and it was accompanied by a flower show. Three best exhibits in various distinct classes were given diplomas and a modest cash prize. 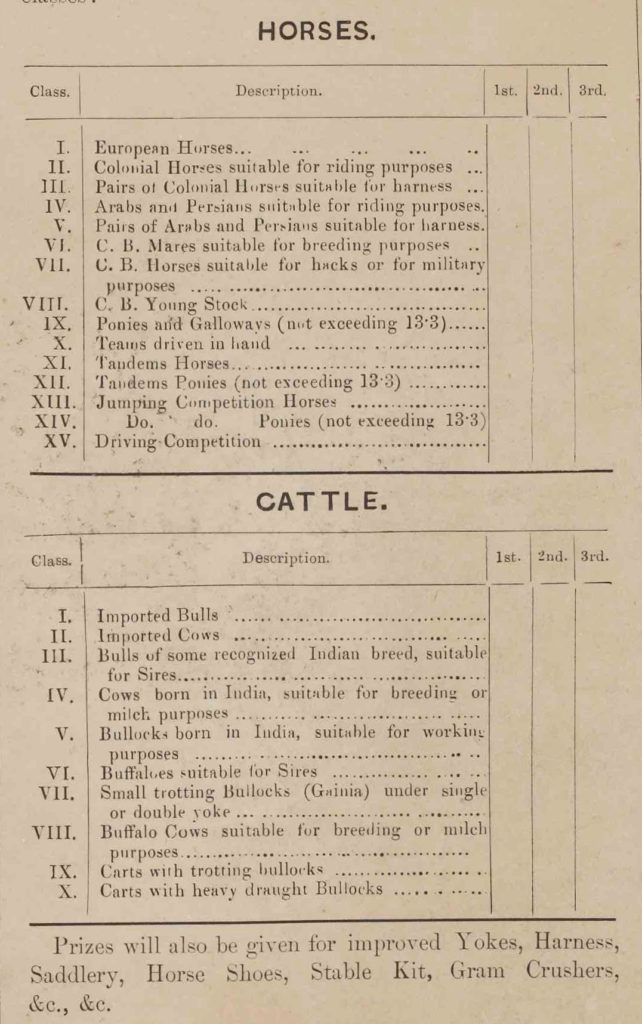 List of classes into which the animals were segregated

Details of the awards

The show's strong point were country-bred horses, mares and young stock. About 150 horses and ponies participated in the show, with the principal exhibitors being the Gaekwad of Baroda, the prime minister of Hyderabad, Sir Asman Jah, the Thakore of Bhavnagar, the Nawab of Radhanpur and the Rao of Kutch, among others. While Indian-bred horses competed, Europe's best specimens, as well as the Arab and Persian categories, were also shown. Horses from Kathiawar,  although small in size,  were a big draw for buyers.

Another category with exceptional specimen was Indian bulls, which comprised of about eight leading country-bred classes. Marmion the Second, a four-year-old English Bull owned by the Rao of Kutch, is recorded to have always had an admiring crowd in front of his stall for his size and personality. He won the first prize in the category of ‘Imported Bulls’. 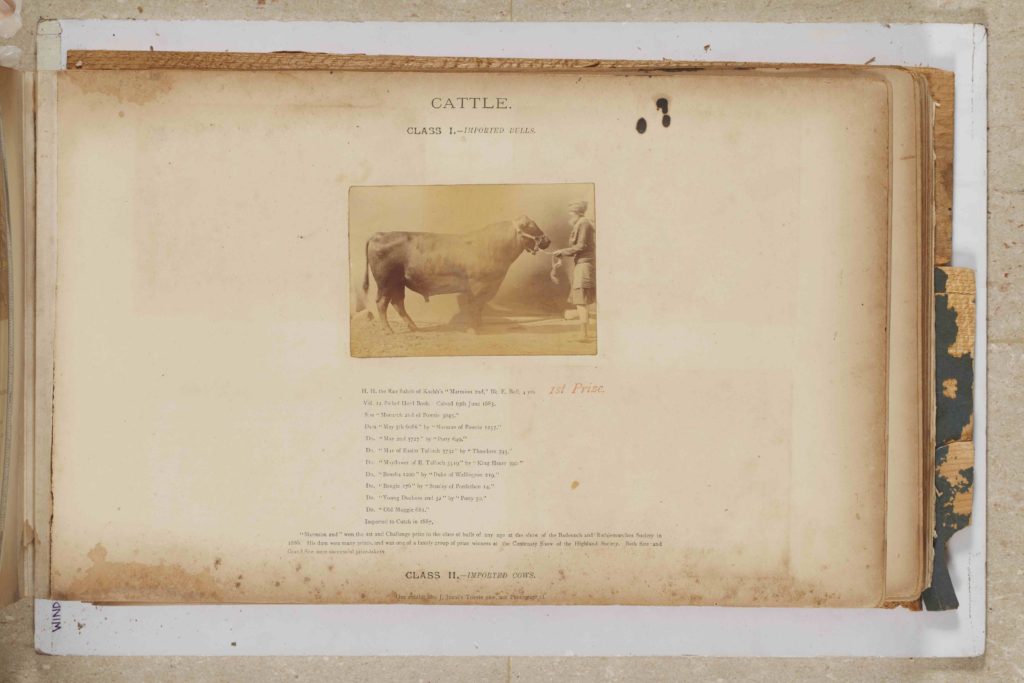 Marmion the Second belonging to the Rao of Kutch 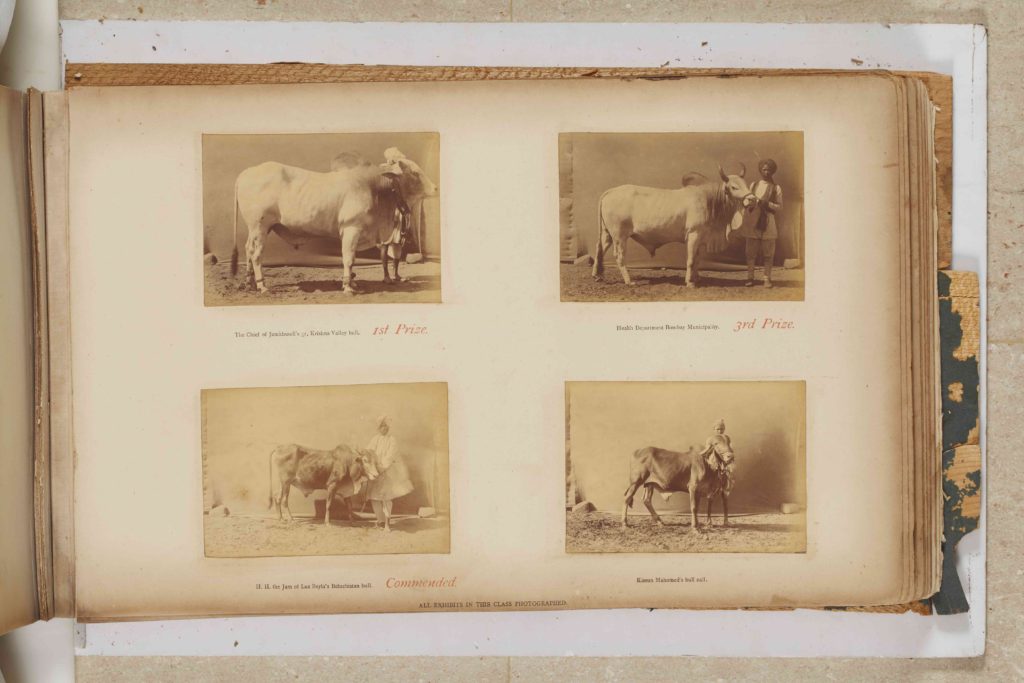 Bulls from the Krishna Valley, Baluchistan and the Bombay Health Department

The show also presented Indian buffaloes, which were deemed unique and uncommon by the judges. The breeds shown included Jafferabadia and Surati. 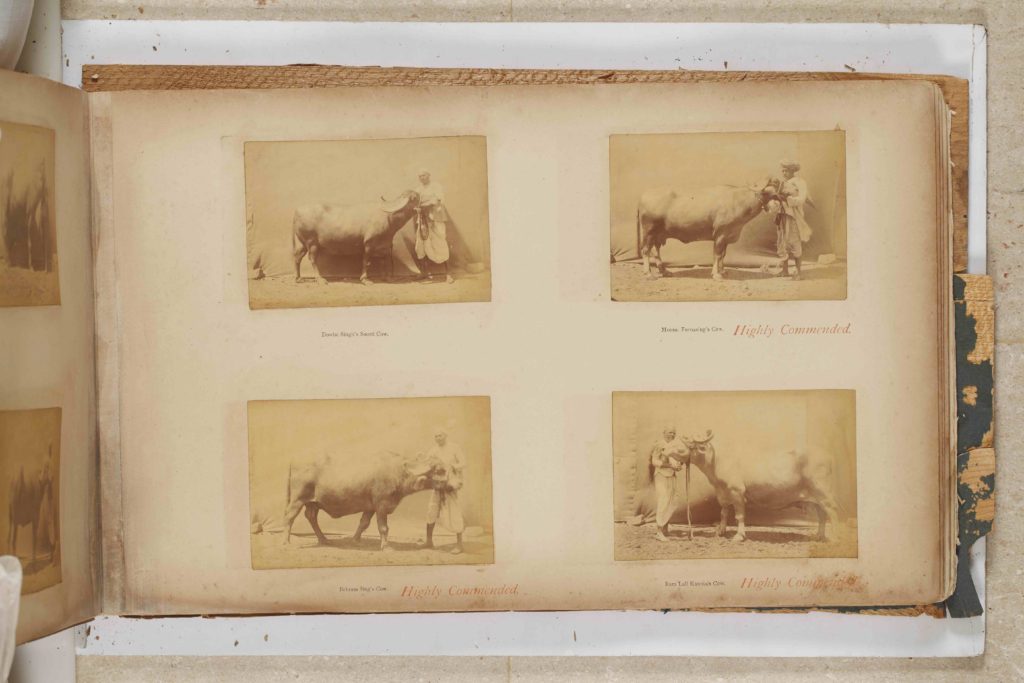 Varieties of the great Indian buffalo

The Bombay Horse and Cattle Show of 1890 also had camel displays courtesy of the Raja of Bikaner. The successful four-day show closed on 29 March 1890 with a ceremony that saw Lady Reay, wife of Lord Reay, Governor of Bombay, handing out awards to the winners and their proud humans. 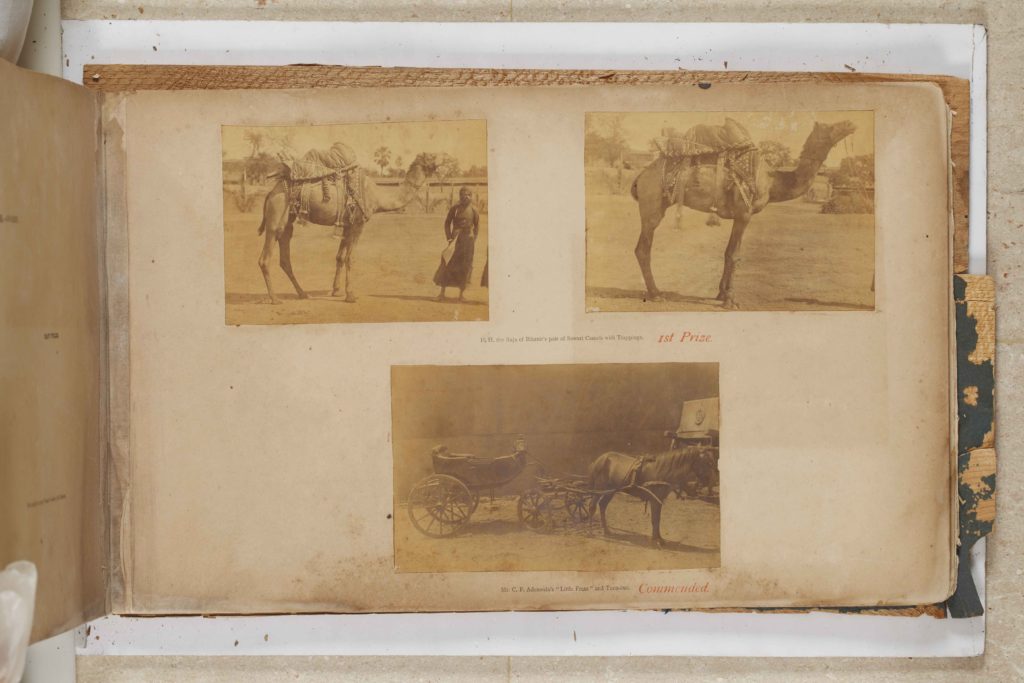 The sawari camels of the Raja of Bikaner