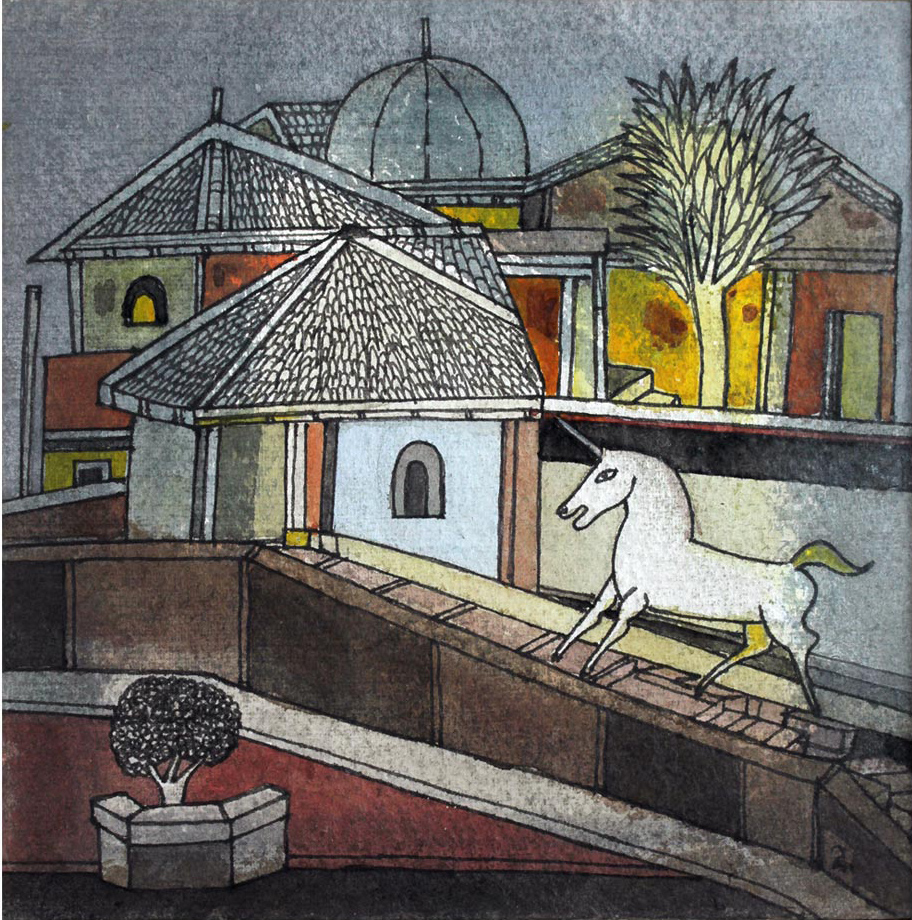 Asked about the trend of abstraction in Indian arts in 1983, Badri Narayan offered a prophecy of sorts. “Personally, I fear that abstract painting…has in it the seed of monotony: one may tire or even become bored with paintings which are merely novel permutations and combinations of colours and shapes… And consequent to the theory of abstract painting emerges a certain tyranny of its being in current fashion; and therefore, it is not difficult to foresee that it may take some form of courage for a painter to remain representational.” 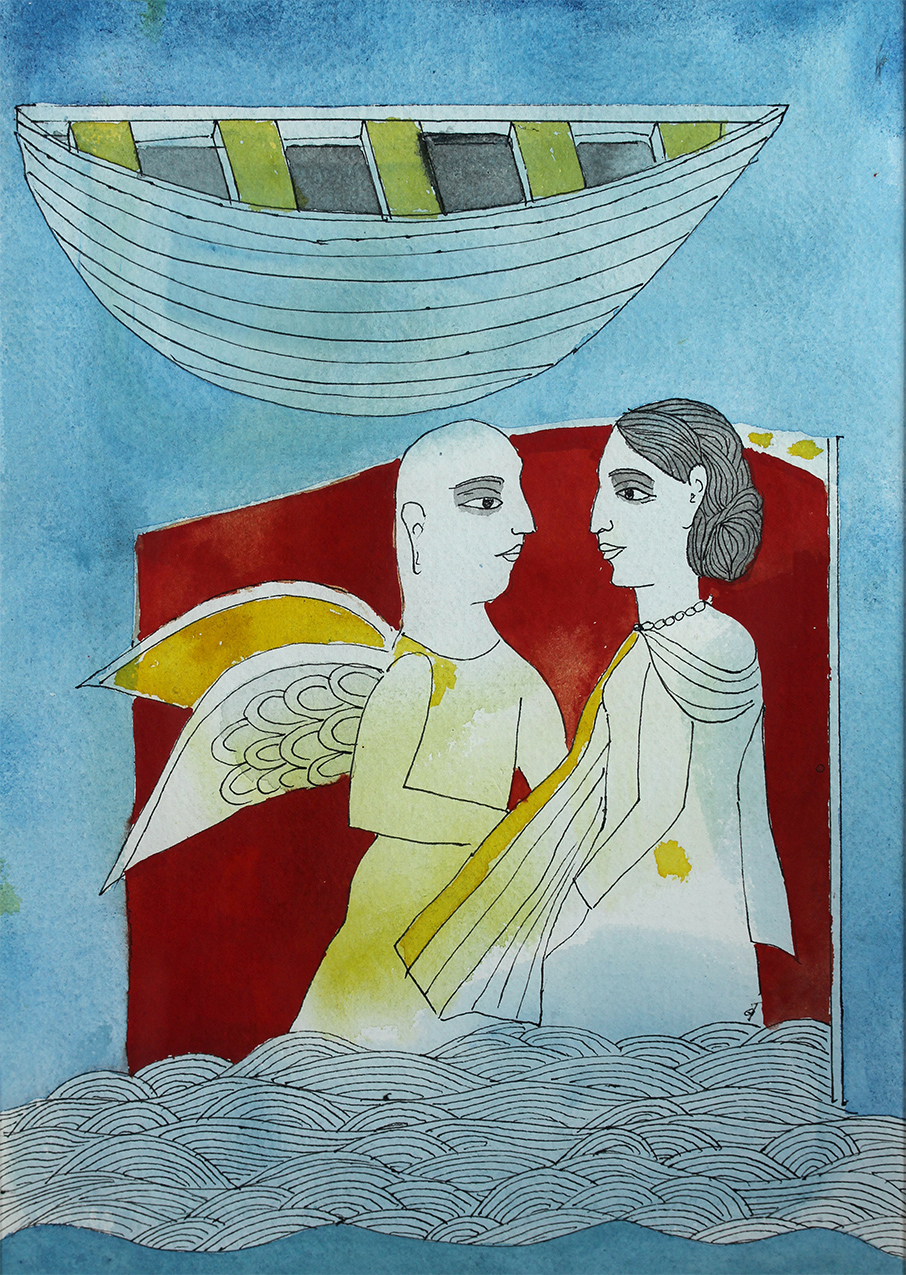 Badri was not lacking in this courage. But the simplicity of his paintings is both beguiling and deceptive. While it lowered barriers to access—anyone can ‘get’ a Badri painting, its beauty and skill is perfectly comprehensible—it rewarded anyone who looked a bit deeper with a rich feast of symbols. Those who follow his work will recognise the unicorn, the empty boat, the winged creatures and abrupt hills as recurring motifs that tease the mind and shed a magical light on what might look like a prosaic scene. 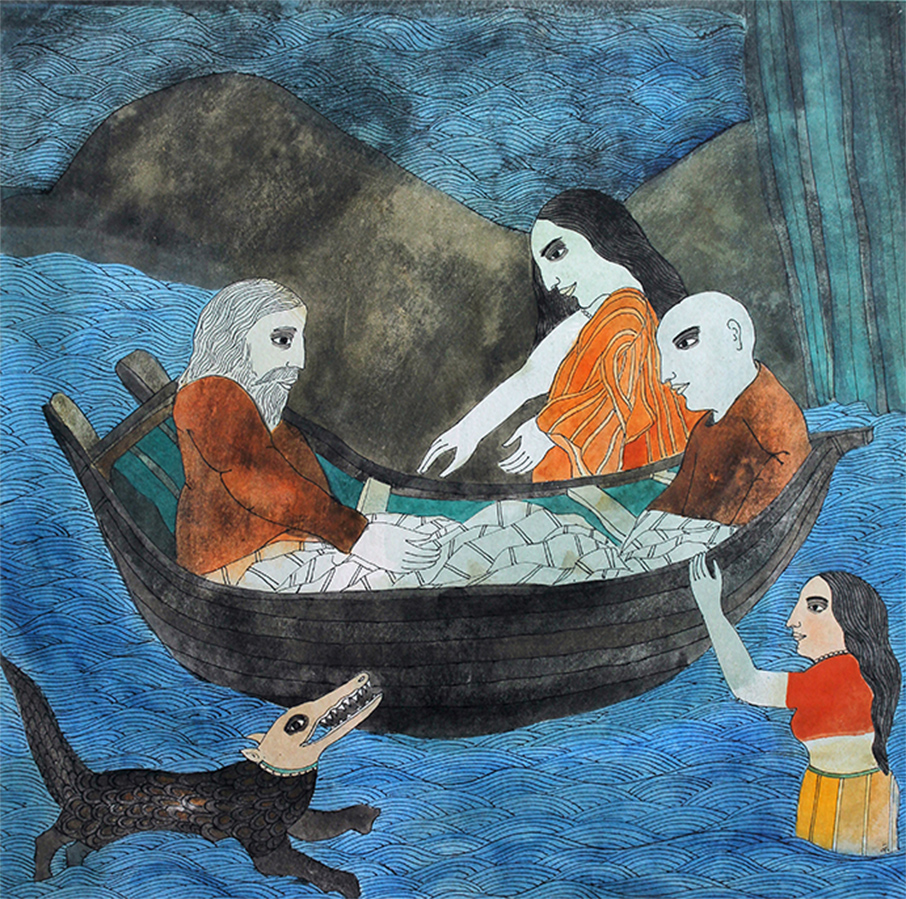 The Crossing-Impediments by Badri Narayan

Poet and art critic Ranjit Hoskote deciphers some of these symbols in a review of the artist’s 2002 show for The Hindu. The unicorn cantering along a city street carries the promise of enlightenment for those looking to transcend earthly bonds; the boat that shows up sometimes on water, sometimes on land and sometimes suspended in the air represents the journey across the samsara-sagara, the ocean of existence; there’s an erotic charge to the painting of the winged man approaching the young woman, a duel of “earthly passion and spiritual love”. In the Jataka Tales, winged men and women (kinnaras and kinnaris) are found in pairs and symbolise love and devotion. 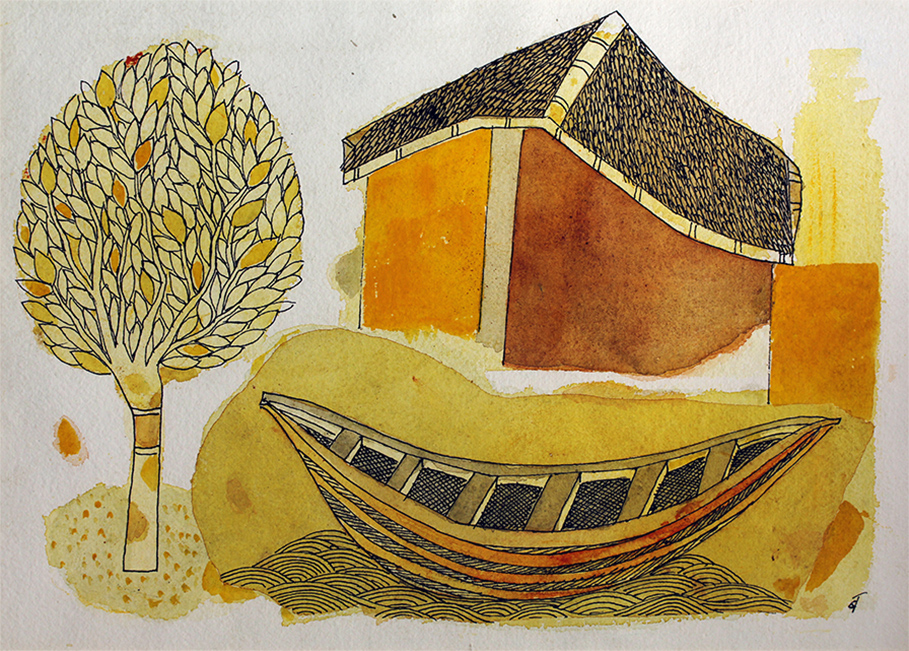 Badri’s paintings describe thresholds of sorts. The light could suggest night or day; people appear to hover between sleep and wakefulness or between thought and action; the terrain undulates from sea to mountain and back again to sea; prone figures seem to occupy some nebulous space between life and death. But given the flickering nature of its reality, there’s still something comfortingly solid about the artist’s vision. French symbolist Odilon Redon once famously said his originality lay in putting “the logic of the visible world at the service of the invisible.” Badri, on the other hand, found a space halfway between the two worlds, one that represented with compassion both the terrestrial and the extra.

All the above artworks are from the Sarmaya collection