A caretaker turns a giant iron key in an absolutely enormous teak door, and then goes on to unfasten a bewildering maze of different locks and bolts, each sliding back with an echoing thud and thunk. He then struggles to pull open the massive, weighty doors one at a time; you couldn’t break in if you tried, for this is nothing short of a fortress. 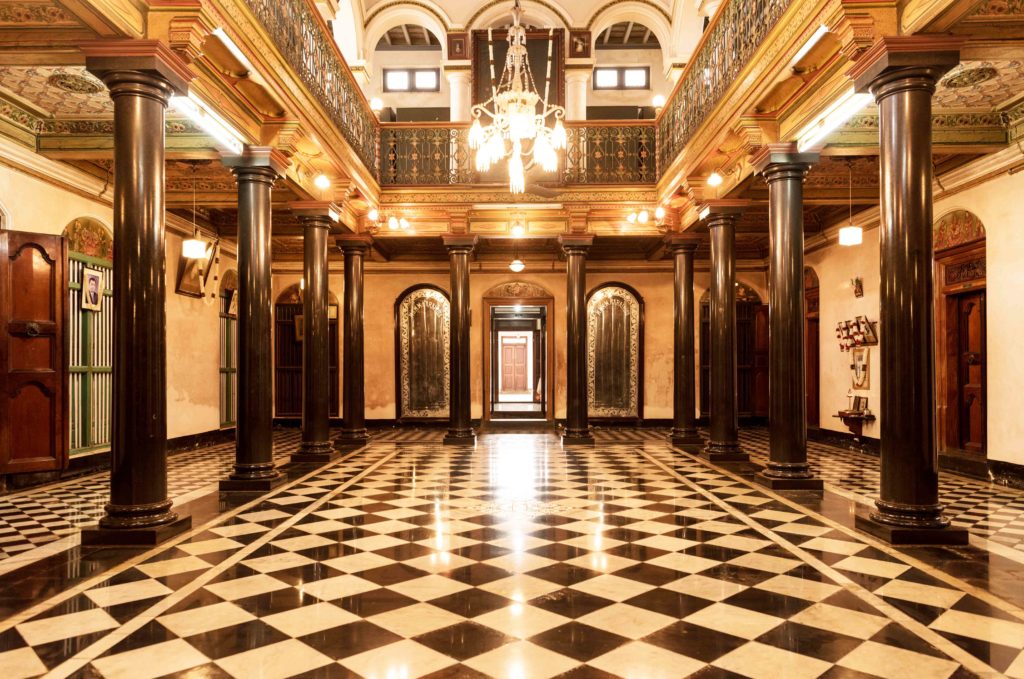 Which makes perfect sense, for these palatial homes were once called Nattukottai, or regional fort, lending their name to the inhabitants of the region, the Nattukottai Chettiars. We are in Chettinad, spread over Tamil Nadu’s Pudukottai and Sivaganga districts and encompassing 78 villages. It is a region known for a number of things — its ancient koils (temples), incredible food, crisp cotton saris in bright checks and colourful woven baskets. And of course, the thousands of magnificent mansions scattered through its villages. 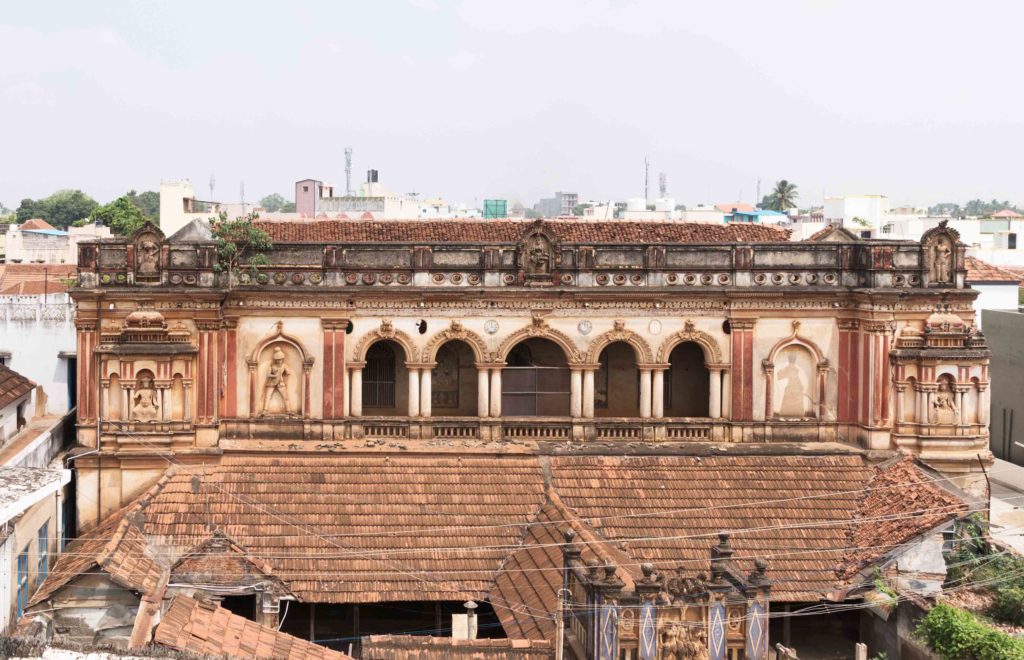 For beyond the heavy doors lie riches from around the world, collected by this trading community as they travelled through Asia, amassing fortunes that would last them generations. This clan of merchants and moneylenders reached the peak of its success during colonial times, and spread themselves far and wide, through Malaysia and Singapore, Burma and Vietnam. They built these mansions as massive status symbols for their families back home, sparing no expense to fully display the extent of wealth – and power – they held. 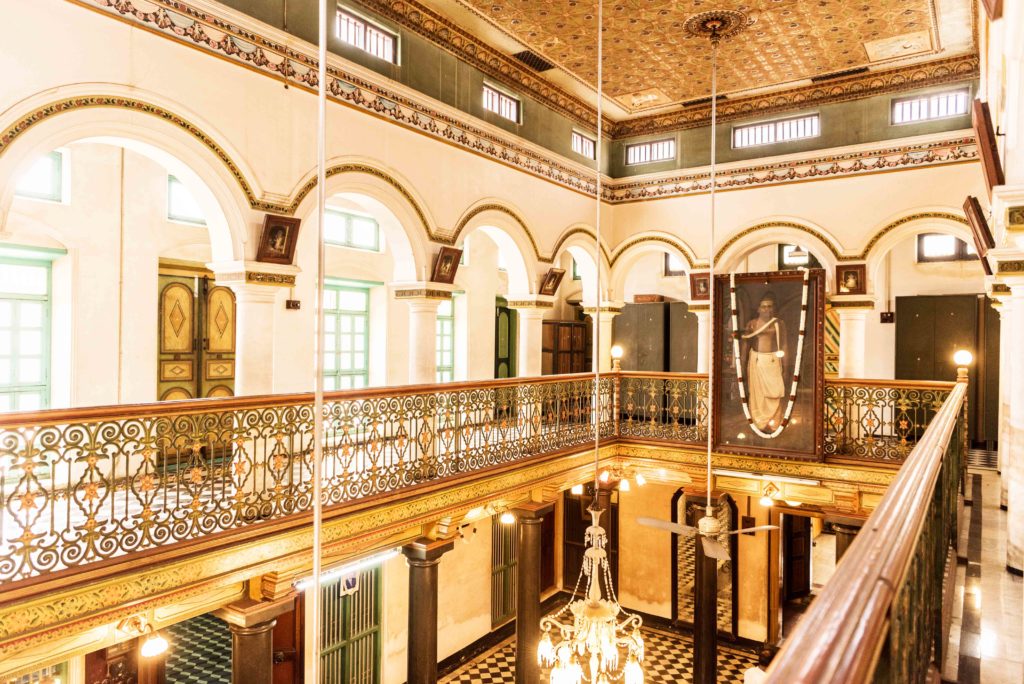 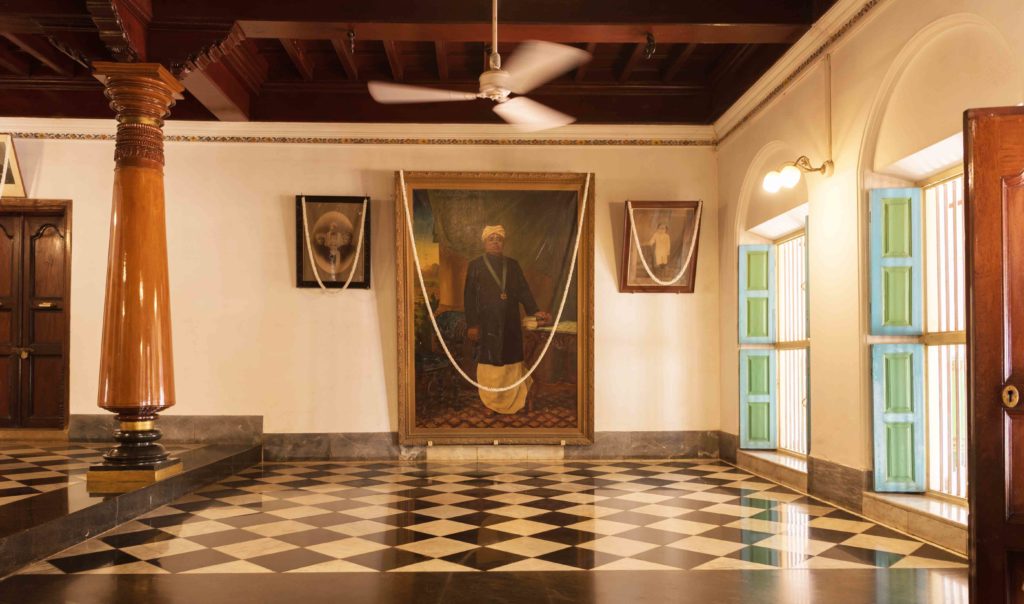 As many as half, if not more, of the mansions are abandoned or in various states of ruin and decay, some have been turned into boutique hotels, some are used by the families only for special occasions. But there are still those that are lovingly preserved, still lived in, rainwater still collected from the roof and harvested, extravagant meals still prepared. The Meyyappan home in Karaikudi, with its checkerboard floors and ornate ceilings, is one such. The older wing of the house, built a couple centuries ago, with its spare and starkly beautiful courtyard (again, perfectly symmetrical), is particularly wonderful. 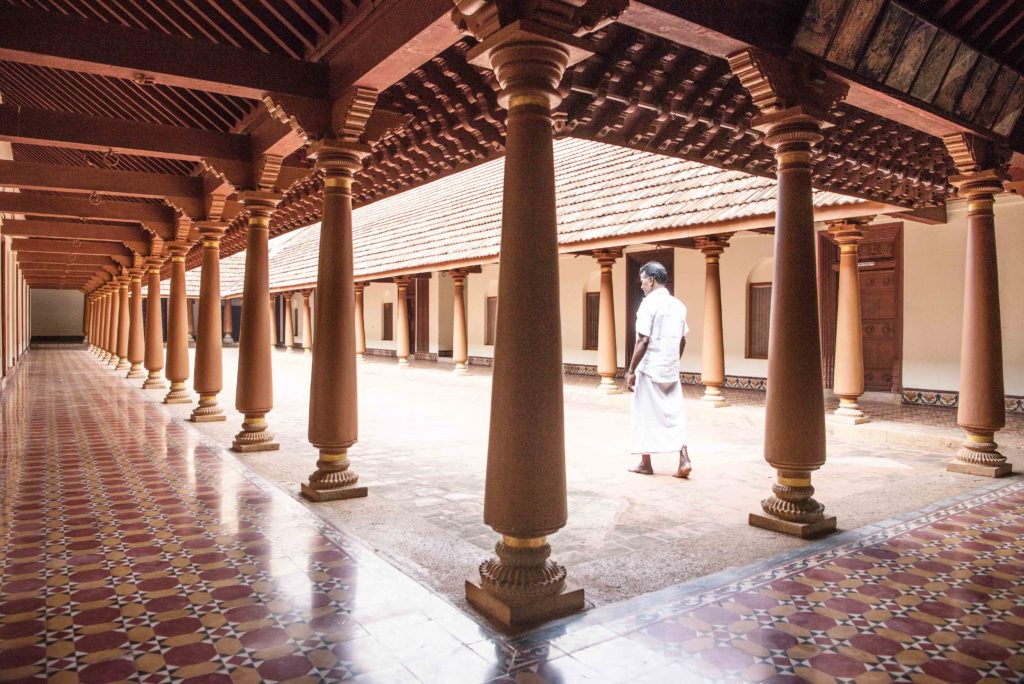 Driving around Kanadukathan we found a maze of roads with stately manors rising up on either side, until we came upon the impressive Chettinad Palace. We had a very special tour of the palace, normally off-limits to visitors: a vast main hall with Spanish tiles on the ceiling, large framed photographs of the family, giant ivory tusks and beautiful stained-glass windows; a colourful courtyard with patterned balconies and parrot-green pillars led to an even larger one, this time with terracotta-tiled roofs standing neatly against a clear blue sky. 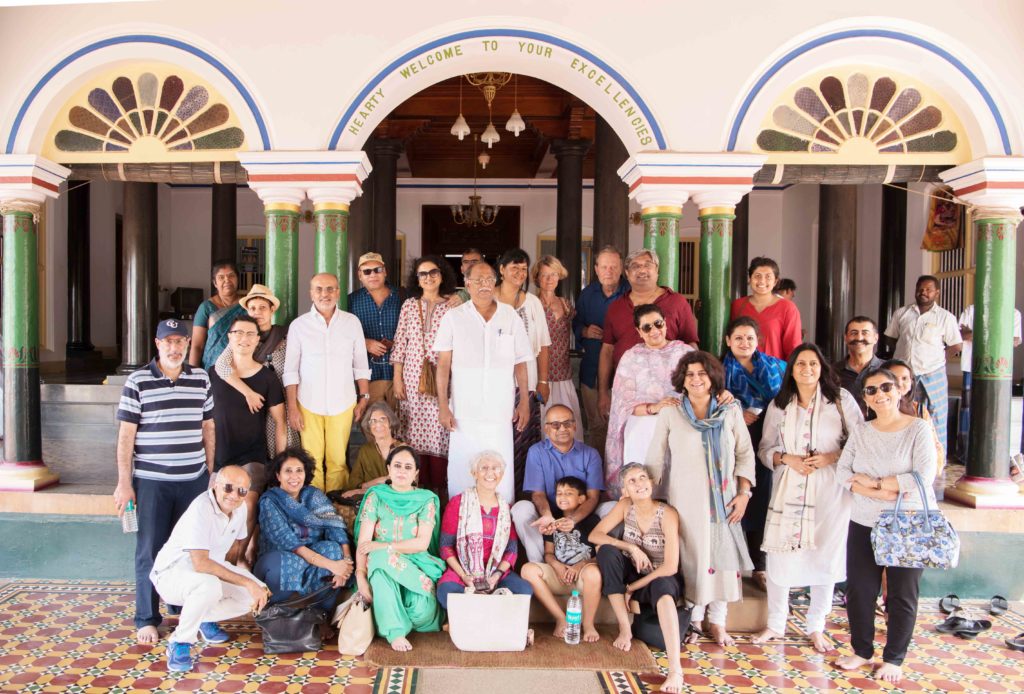 Everything about Chettinad is a beguiling mix of flavours, and these palatial homes are no different. Perhaps one day they will be restored to their full grandeur, or perhaps they will continue to wither away with the ravages of time. But the flamboyance, ambition and vision of their creators, those globe-trotting bon vivants, will never be forgotten.