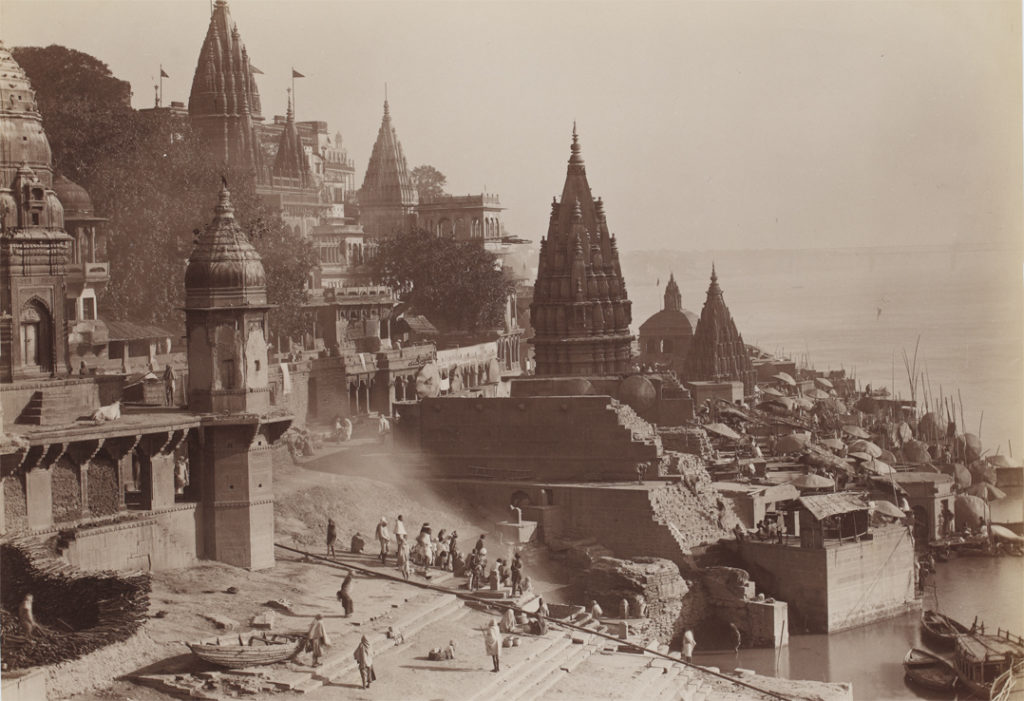 When photography arrived in this part of the subcontinent, India was largely feudal with the region ruled by hundreds of Princes, Nawabs, Talukdars, Zamindars and Jagirdars. The idea of India as a nation was carefully constructed by the British to pursue its colonial ambitions and to effectively administer under the British Crown. But long before the empire set foot here, the people of this vast land already shared a common civilisation—and in that lay its natural—and sometimes factional—identity.

The British East India Company brought photography to the subcontinent to document the land, the people and themselves at work and at play. The camera permitted a visualisation of foreign lands with greater veracity than painting or illustration had previously allowed. By providing what were believed to be factual details, photography conspired to persuade the viewer of colonised people’s primitive ways, and to display the evidence of European society’s advanced status.

An array of photographers like John P. Nicholas, William Johnson, William Henderson, J. Murray, Nicholas Penn, Samuel Bourne visited India as artists, documentarians, and journalists, capturing scenes they either hoped to sell, or were commissioned to photograph. Most photographers were sent by The East India Company to accurately and artfully record political and social issues as well as architectural and archaeological monuments for official records. Photography became a key tool for the Company to document every aspect of the colonies and conquests, and to entertain and inform their masters in London. A glorified and exotic picture of India was one of the most potent ways to recruit young Britons to initiate business in a continent which they were otherwise reluctant to visit.

‘Portrait of a Nation, A Nation in Portraits’ begins with the Indian Mutiny of 1857—the year that changed the history of this subcontinent and travels to the end of the 19th century. The photographic journey traverses through the art and process of photography, the history and story of the portraits it captures, the stories of silent and resilient landscapes, meeting along its way everyone from the Royals in their palaces to the common folks in the streets and farms.

The author is the curator of Sarmaya’s first photo exhibition, ‘Portrait of a nation, A nation in portraits’, which is on at the Pundole Art Gallery in Mumbai, for a month starting 23 January 2018.

Madhavan P is the Executive Director and founder of Asia Photography Archive (APA), a not-for-profit pioneering initiative to preserve the photographic heritage of India and Asia. He is also a founder of Goa Center for Alternative photography (Goa-CAP), a not-for- profit, state-of-the-art research and artistic space dedicated exclusively to photography.