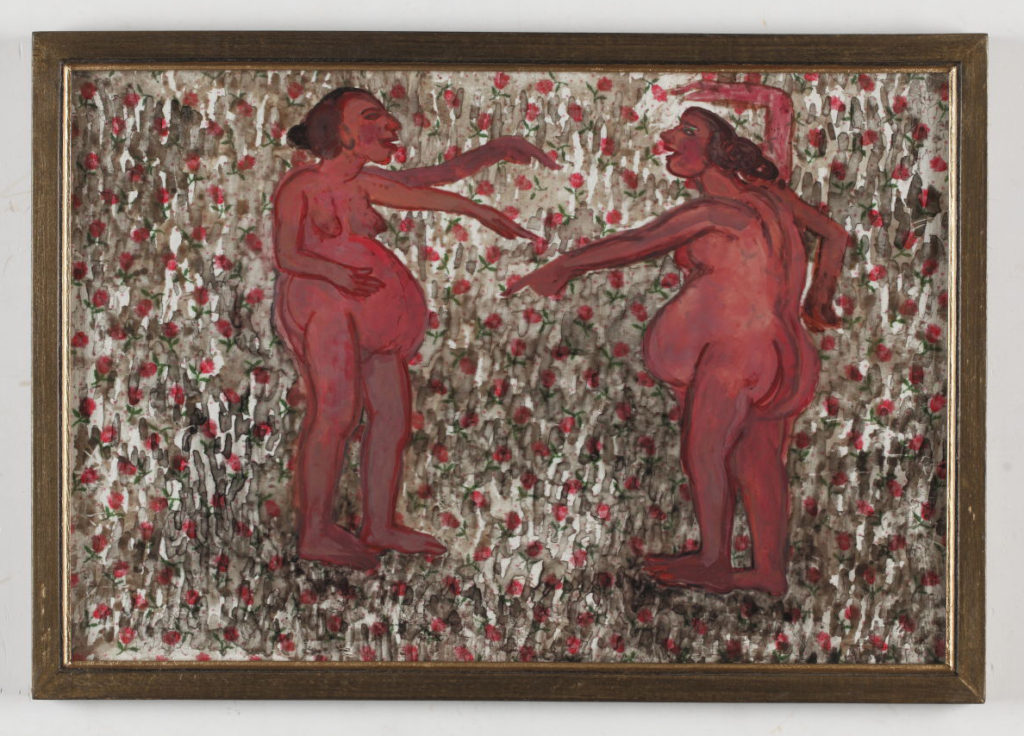 It wasn’t time for sarees yet, Shakuntala Kulkarni decided as she began making her way into art circles after college. A looming fear of rejection from male artists gnawed at her. It was the mid-1970s. For now, jeans would have to do. Resembling the rest of the art world seemed like the right decision even though her inner enquiry into concerns of women diverged widely from the group’s goals. Almost three decades later, she’d circle back to make sure her viewers watched and experienced the discomfort she felt then as a woman. And When She Roared The Universe Quaked, showcased first in 2007, would show her women as the sum total of their vulnerabilities and strength. Her enquiry, however, was only beginning. 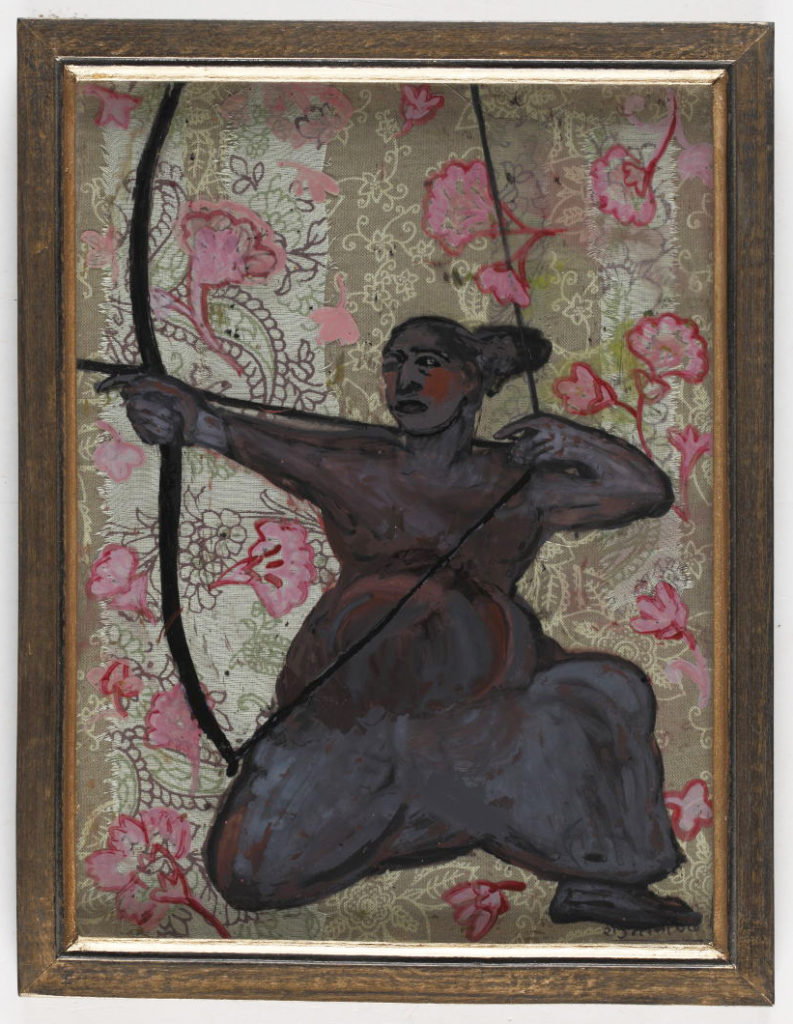 Kulkarni was obsessed with colour, form and abstracts in the early years of her career, like most sophomore artists. In the mid-’80s, her concerns shifted from human predicament to gender-specific body politics. Ever since, Kulkarni has offered more than just glimpses into the lives of urban women, expanding her view to take in the violation of the body in public and private spaces. 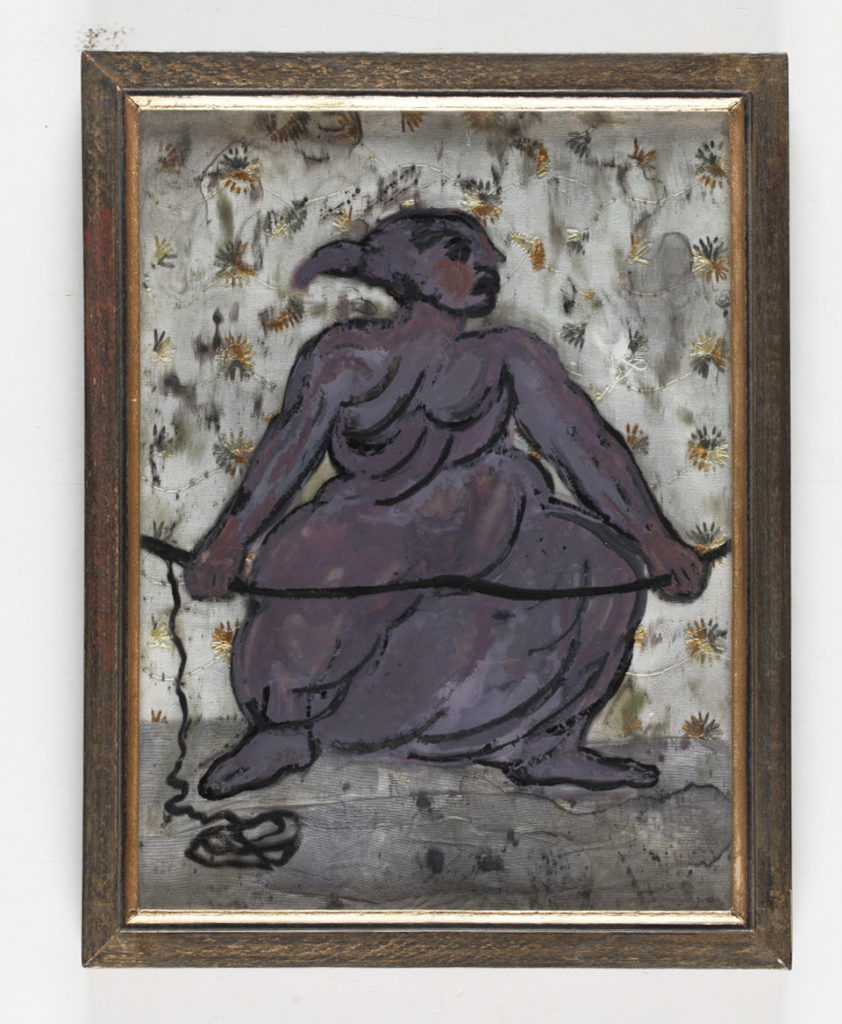 On a quiet weekday afternoon, she logs into Hangouts from her Pune studio for our interview, and makes a claim that gives you pause: “I can’t call myself a jhanda-carrying activist feminist or a messiah. I’m working within a much more private space where I address issues through my art practice. It’s the only way I can hope to shift perspectives,” she says. And begins to tell us stories from her life that led her to turn to art for self-expression. Excerpts from our conversation:

There’s a sense of power surging through your work that shows women victimised but not playing victims. Where does it come from?

I would have to go back to the memories of my childhood to answer this. I grew up with my sisters in a liberated family, where we were allowed the many freedoms women in my time didn’t have. And, yet, I sensed restrictions. From shared experiences, I realised that most women around me had experienced some sort of atrocity at the hands of their own relatives or family members. The pain was palpable and I began questioning internally, but I wasn’t sure how to communicate it through my work. As a young girl, I thought my job was to only be imbued in form and colour. But my early entry into the arts, film society and theatre helped me ask pertinent questions about women and the spaces they inhabit. I was watching movies like Gone With The Wind, reading Mahasweta Devi, Franz Kafka and Albert Camus, working in plays with the likes of Badal Sircar. From being a shy, reclusive girl who wouldn’t speak up, I was on the path to gaining knowledge as a woman artist. The women in my work are ones I have seen and interacted with, and they offer a commentary on what happens to us in the patriarchal society that we live in. They will never be seen as victims because they never give up. 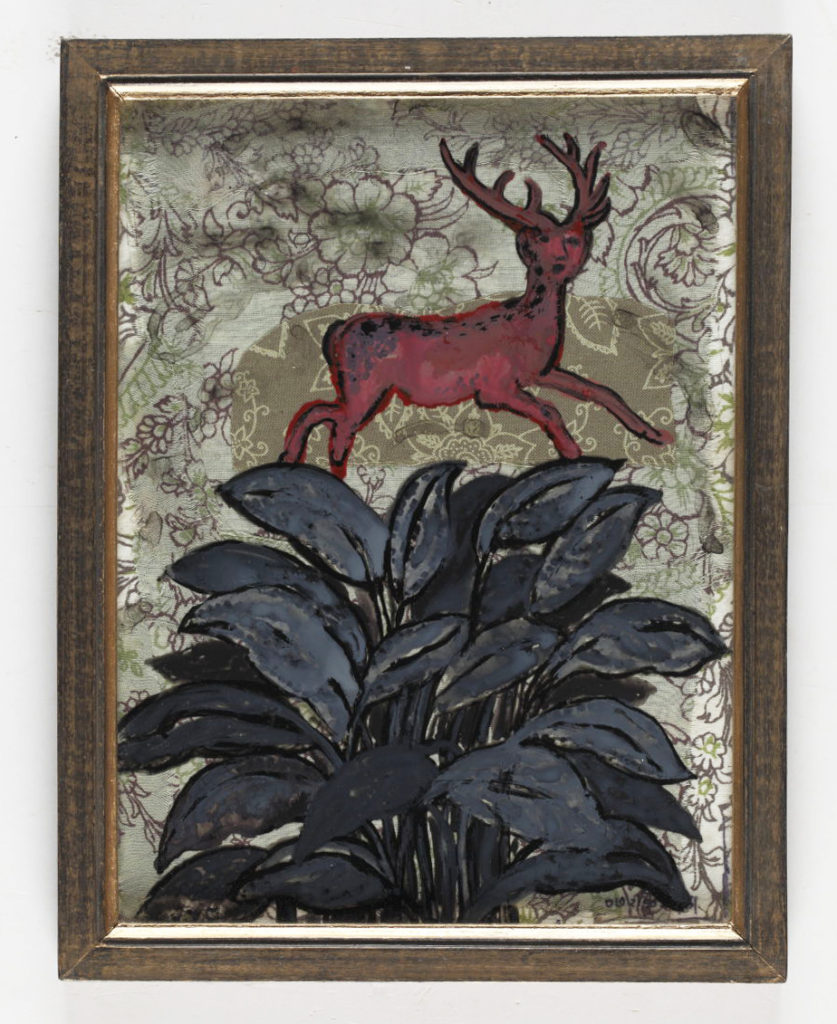 What was the process to creating your work, And When She Roared…?

Most of my work starts with complete blankness. None of my projects are isolated, either; one leads to the other. It was true in the case of this series too. But I’ll tell you about the stories that were in me when I began working on the glass painting series. In 2002, during the Gujarat riots, I came across these images of women inside a building when it was burned down. I couldn’t sleep for nights after. I locked the door to my bedroom and performed what I was feeling at that time. Confinement [a 2002 performance video by the artist] showed an anger that was possible to be relayed only through body language in film and not through drawings. My enquiry then moved to the domestic spaces when I found myself connecting with my mother-in-law’s friends. For almost a year and a half, I would visit them with pohe or idli, and talk to them about the lives they lived. It really opened up my eyes to examine gendered, female bodies as a site of both ‘otherness’ and empowerment. I was looking at victimisation, violence, power games within the politics of gender. And I began drawing de-familiarised bodies and juxtaposed them playfully, subverting the idea of the female body and her identity. 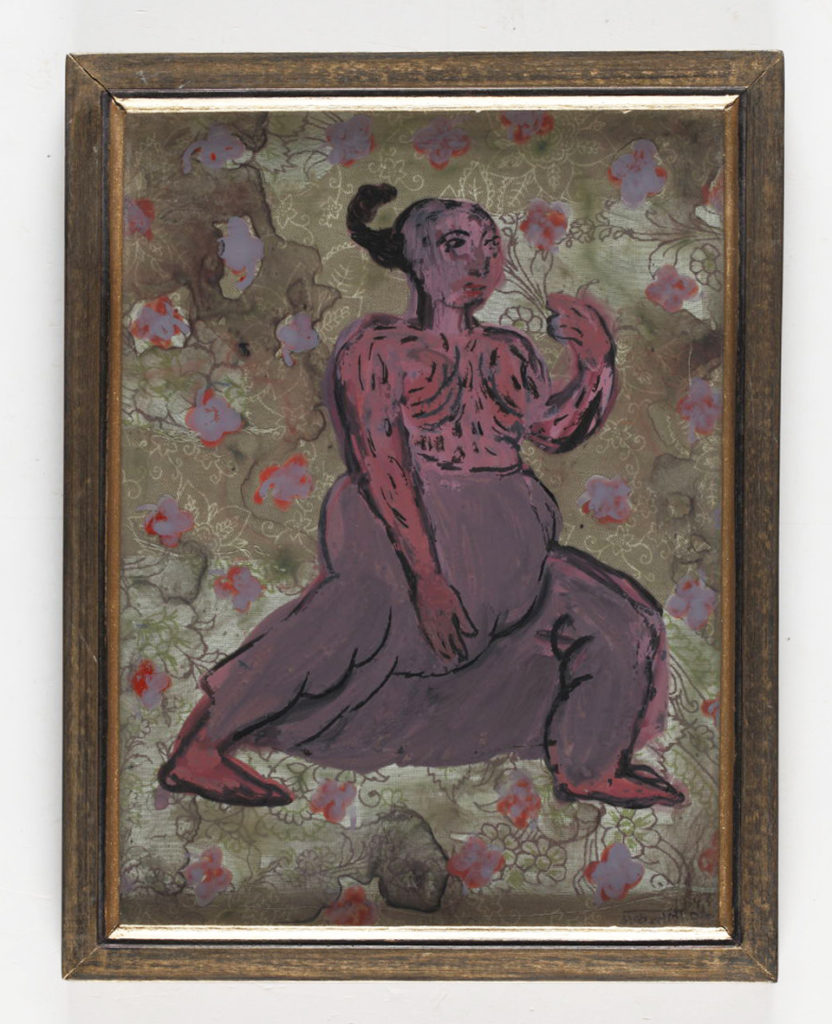 Tell us about the influences and inspirations that crowded your mind when working on this series.

Working on this series took me back to the games we played as kids – games like kabaddi – and stories like Mahasweta Devi’s Breast Giver, Frida Kahlo’s journey, Paulo Coelho’s Warrior of the Light, Picasso’s Guernica, and more. I was inspired. I’d also enrolled myself into karate lessons and learned the basics of aikido (a Japanese form of self-defence) and kyudo (archery). It was a whole year’s practice in the direction of my work. And this is what you see reflected – in the fluid warrior poses on a lotus, in the exaggerated multiple breasts, in the woman holding up her bow and arrow. It all came together rather subconsciously. For me, a woman is as delicate and vulnerable as she is fearless.

WATCH: IS IT JUST A GAME, A VIDEO PERFORMANCE BY SHAKUNTALA KULKARNI

You were surely aiming to evoke a specific reaction from your viewers?

Yes, I wanted them to experience discomfort. I wanted to explore the impact of the gaze. I created my women as I wanted, not how the male gaze wanted to see them as an act of defiance. So, I decided not to place the paintings at regular eye level but I still didn’t know what else I could do to achieve the discomfort. A chance visit to see Rococo paintings with my daughter gave me the idea. I put the entire series on the ceiling and, for ease of viewing, let viewers see them through a mirror if they wanted. 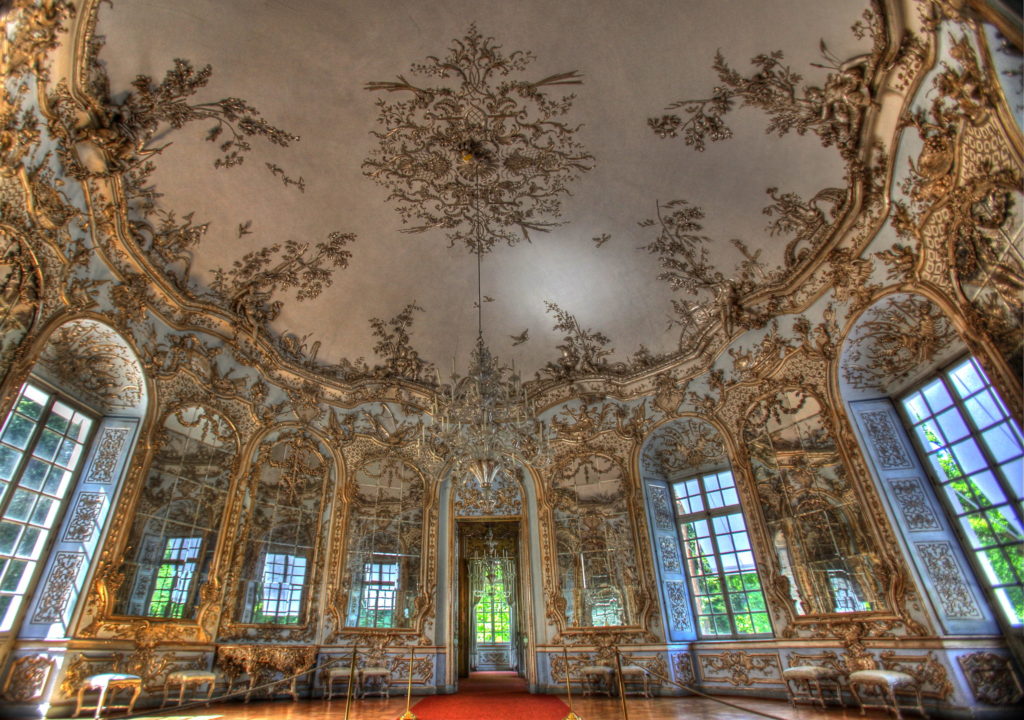 An example of the Rococo style that inspired the exhibition design of Kulkarni’s ‘And When She Roared…’ series, which was displayed on the ceiling. Amalienburg’s Hall of Mirrors in Austria/Steve Jurvetson/Flickr Attribution 2.0 Generic (CC BY 2.0) 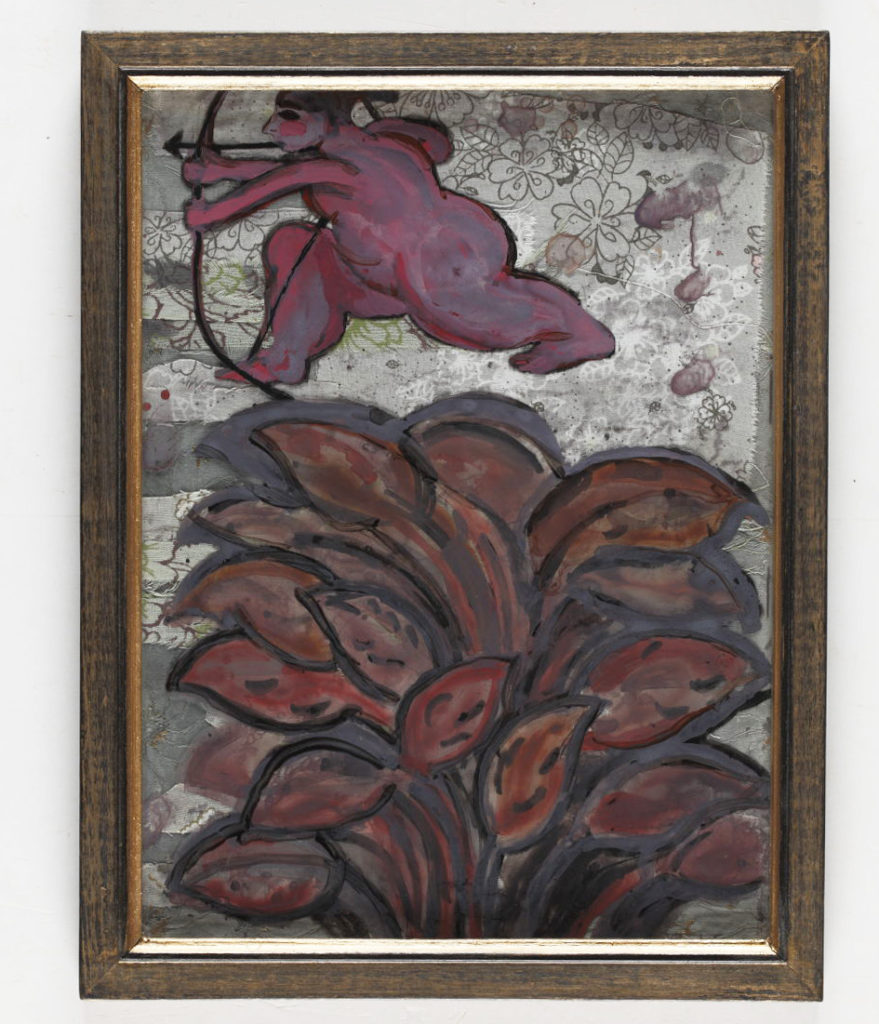 So, what was the reception to this series like?

Oh, people loved it. I got the first stamp of approval from my help who happens to be my biggest critic. “Kithi chhan aahe,” she squealed when she walked into my studio where I was testing the placement. At the show, though, many grumbled and complained that their neck was aching and it was unfair to put the art up on the ceiling. One of my friends, a gallerist himself, was so frustrated that he walked out. People who came were desperately negotiating the space. I remember, during a Dubai showcase, a few people came and laid down on the floor to view the art. I loved it! I watched my viewers create their own choreography. It led me to look at the object and observer equation. It’s how we objectify women through the gaze, right? I like playing with that dynamic. 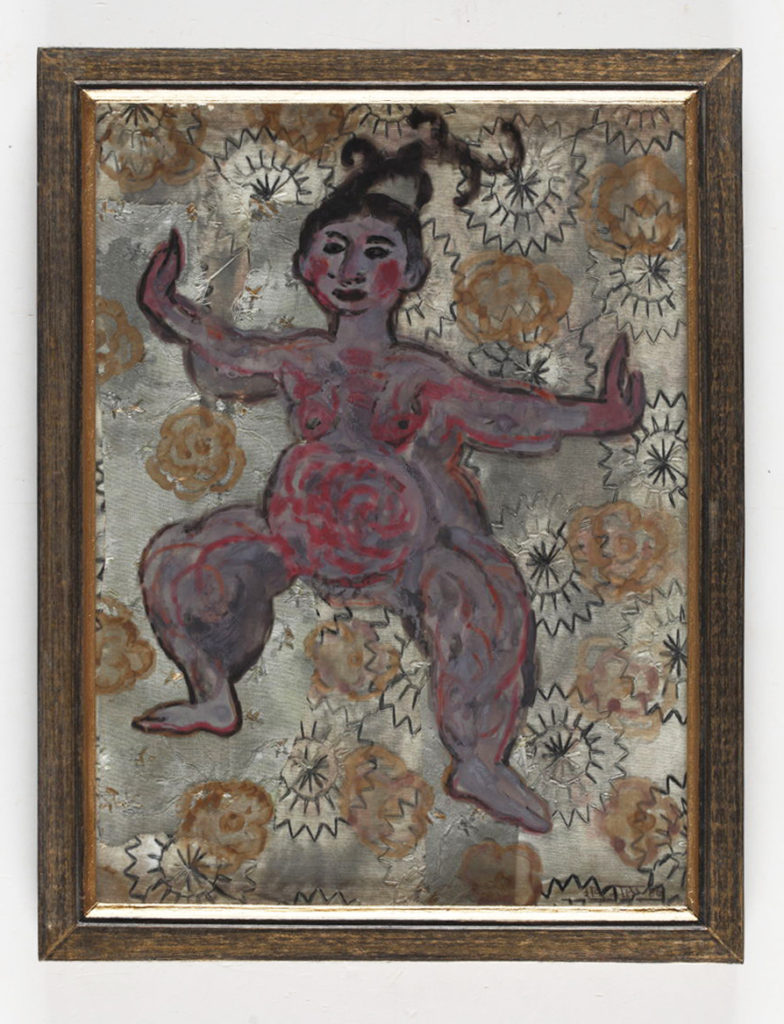 What are the mediums that you enjoy working with the most and how did you stumble upon glass?

The funny thing is people make a big deal about multimedia art these days. But I grew up in a multimedia atmosphere without my knowing it. My mother was a singer and actor, my sister was into theatre and sports, and I was into dance. In my home, musicians, theatre people, dancers walked in and out. It was a natural shift. I was told to use my sense of rhythm in my art, and my flow of drawings into my dance. I played with Godhadi textiles in the late ’90s and video storytelling just a couple of years after in Reduced Spaces. My interest in trying out different material was always there but my choice of material was never pre-planned. I was merely toying with glass paintings for the 2007 series when I began to like the results, the way the brush moved and the texture that cropped up. The brittleness and that fragileness to it that connected with the women in my work was just perfect. 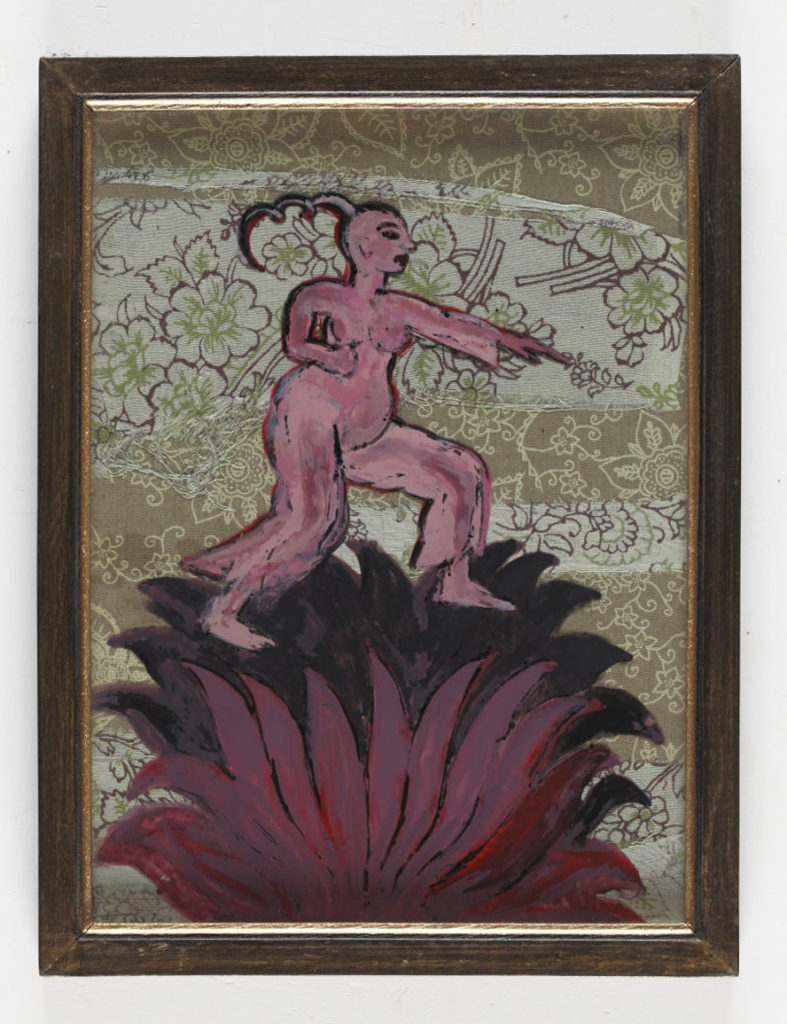 Have your own thoughts on feminism changed over the years?

Yes and no. The barbaric and brutal acts towards women continue to occur and I would like to keep addressing them. I have a way of looking at certain things as a woman, where I’m not losing my power or freedom and self-expression whether I am at home, in my studio or in public in my city. It’s what I achieved when I walked across a street in Shivaji Park in my cane warrior armour. For just those few seconds, there was pin-drop silence in a street full of traffic. I look at Of Bodies, Armour and Cages as my public art intervention. I’m not here to change the world but if one person goes home with a thought in their head, my job is done. 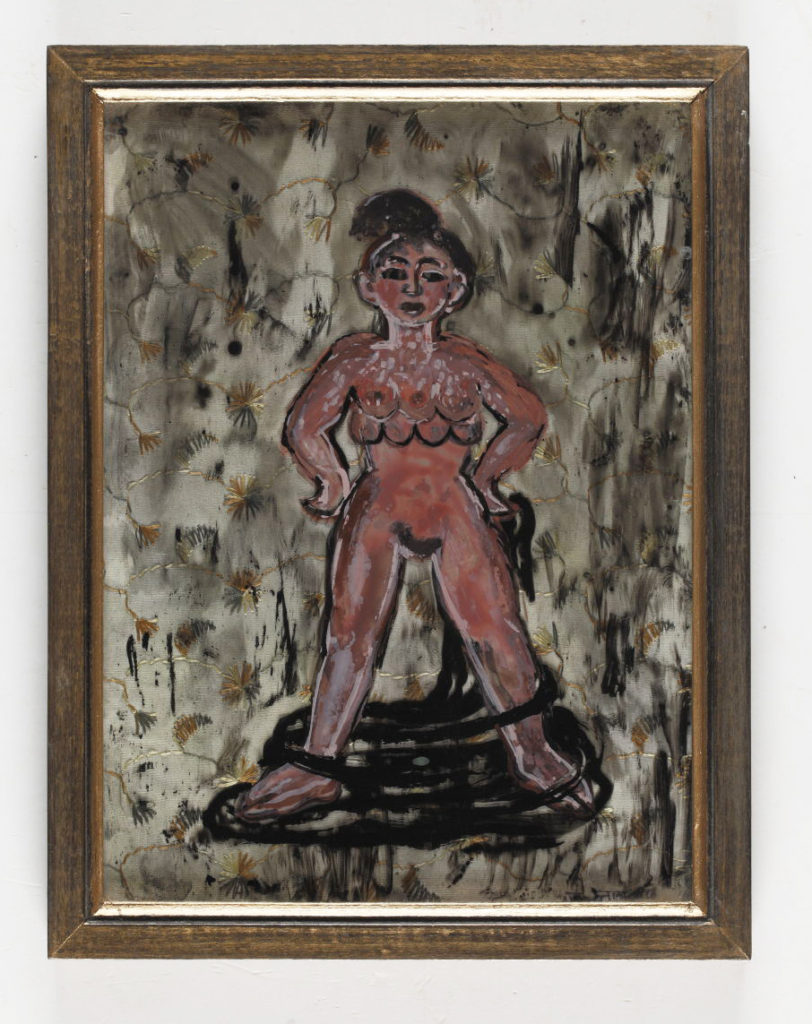 What have been your biggest takeaway from the recent Venice Biennale as a contemporary artist where you showcased Of Bodies…?

It was surreal. It wasn’t about me or any fellow individual artist’s work. Nobody knew Shakuntala Kulkarni there. But there I was representing India, and that was important. Being at the Biennale definitely humbles you. You’re part of a team of artists and the focus is on making the country proud. I do find it funny that people suddenly start calling you, recognising you, noticing you, wanting to see your work. All of a sudden, your life changes a little. 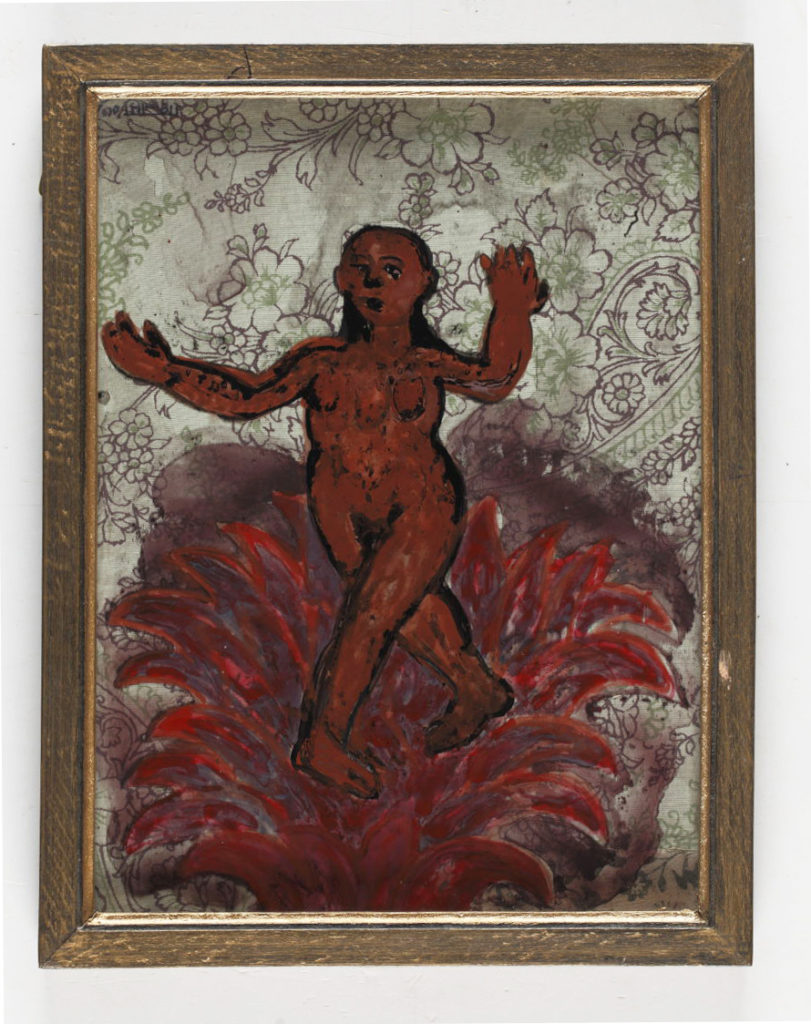