A mere 70 km north of Mumbai lie acres and acres of a forgotten Portuguese city. Today it’s the preferred destination for those seeking cheaper rents and greener vistas—the suburban town of Vasai. Variously known in history as Bassein or Bacaim, it was the biggest political, military and naval centre for the Portuguese in India for over 300 years.

The Portuguese took possession of the region from the Sultan of Gujarat in 1534 and initially built the Fortaleza de Sao Sebastiao de Bacaim or the Fort of Saint Sebastian of Vasai. Around this fort grew a large urban centre that thrived for generations. What one sees today on heritage walks to Vasai is a mere fragment of a once-bustling city filled with chapels, churches, hospitals, colleges, libraries, coin mints and even an international market!

The fort-city changed hands again when the Marathas defeated the Portuguese in 1739 in the Battle of Vasai. However in the early 1900s, Peshwa Baji Rao II surrendered the region to the British in return for European military alliance in a Maratha civil war. As the British centred all their attention on developing the islands of Bombay, Vasai languished – the markets crumbled, wild grass engulfed libraries and bell-towers were stolen.

The photographs below from the Sarmaya archive were all taken between 1885 and 1862, while the fort was still under Maratha rule but clearly no longer in active service. The photographer was a British Civil Services officer, William Johnson, who extensively documented the landscapes and people of western India—you can see more of his work here. His original photo captions have been reproduced here, but the descriptions below each image offer corrections where required. 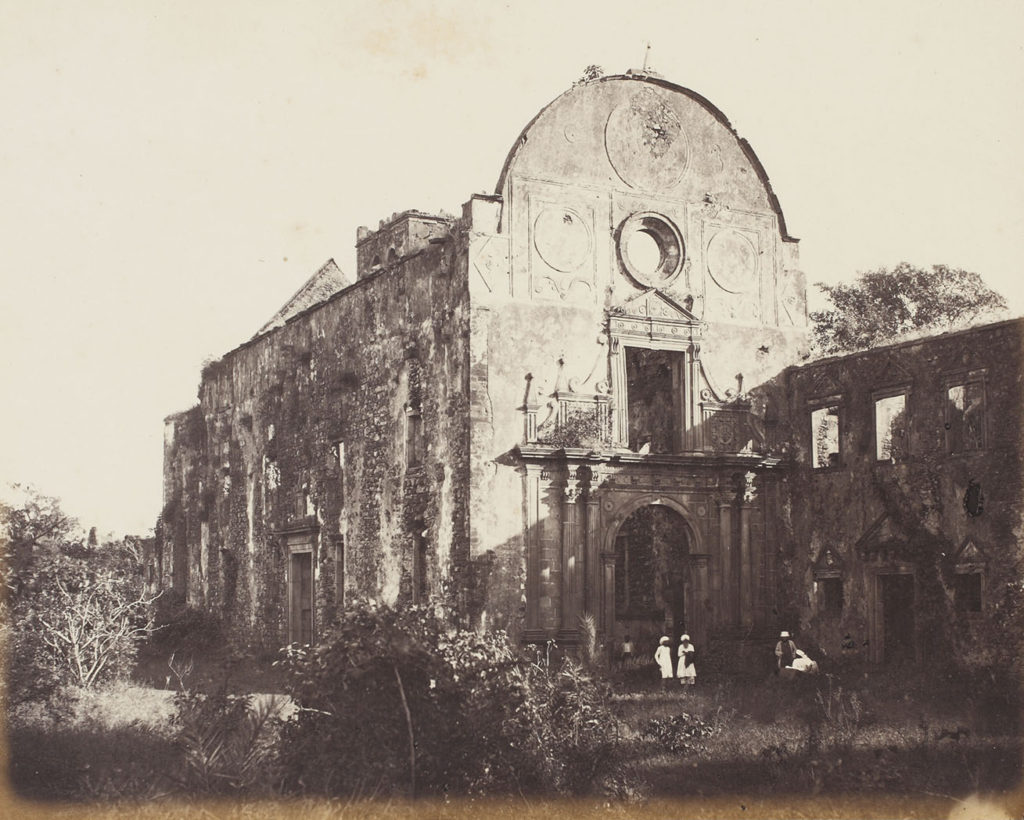 The image here is incorrectly captioned and is actually of the ‘Holy Name of Jesus Church’ situated inside the fort of Vasai. It was built by Saint Francis Xavier around the year 1549. He also patronised other churches of Portuguese India and thus the facade of this one is a striking blend of the Saint Paul’s Church and Bom Jesus Church in Goa. Today it is restored by the government and is the only functional church still inside the fort. It holds the annual Feast of St Gonsalo Garcia, a native of Vasai and the first Indian to achieve sainthood. 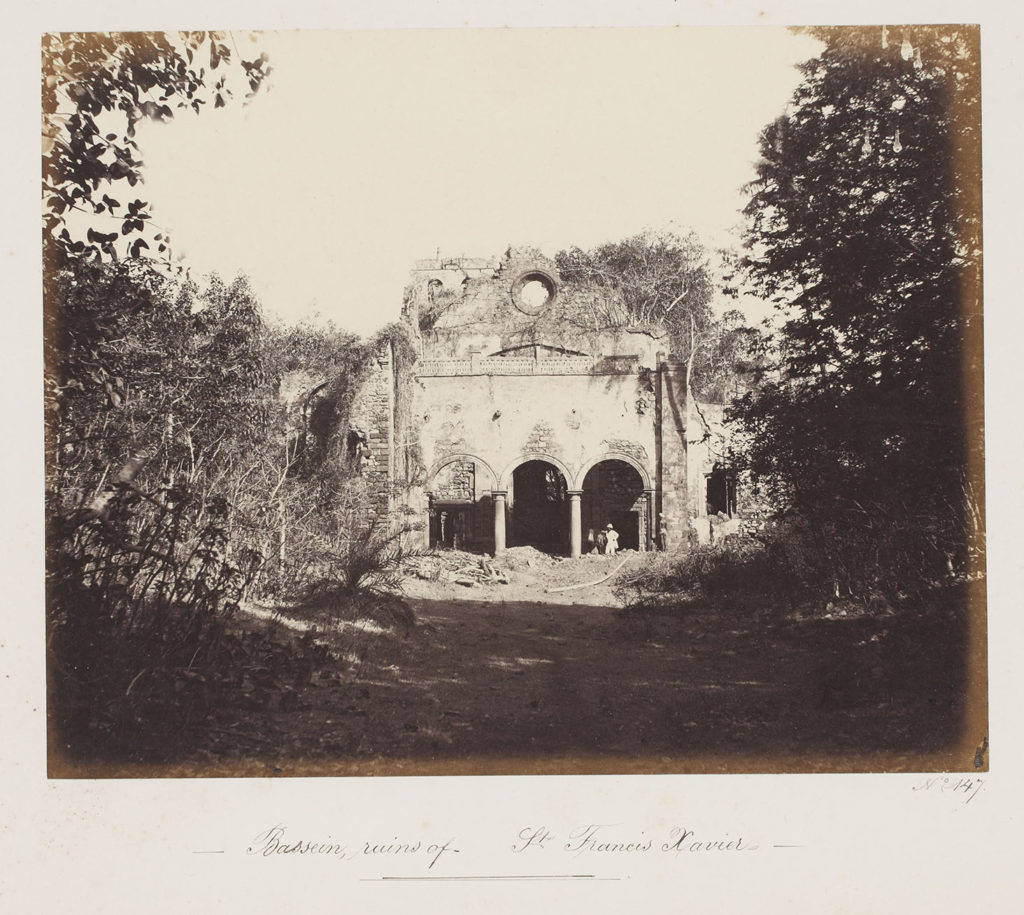 Another incorrect caption. The image actually depicts the Franciscan Church of Saint Anthony built in 1557 in the memory of the titular saint. Around 250 tombstones of Portuguese nobles and soldiers line the floor of this church. It has been rumoured that in a rather macabre fashion, carved gravestones uprooted from here sometimes turn up on sale at Chor Bazaar! 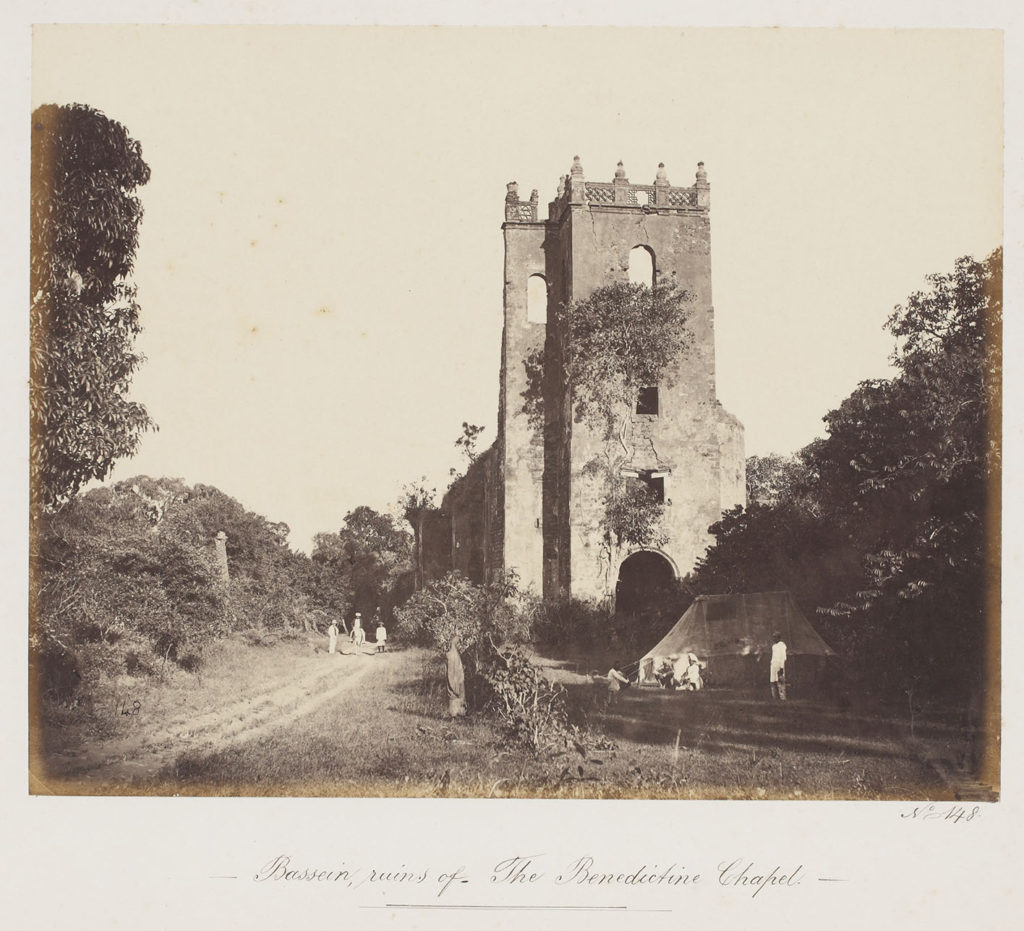 ‘Ruins of the Benedictian Chapel’

This is actually the Saint Joseph’s Church, the tallest church inside the fort. It was founded in 1546 but renovated and enlarged in 1601. The baptism niche still preserves frescoes of angels looking down and the winding staircase inside the bell-tower presents one with a breathtaking view of the Vasai creek (if you are brave enough to climb to the top, that is). 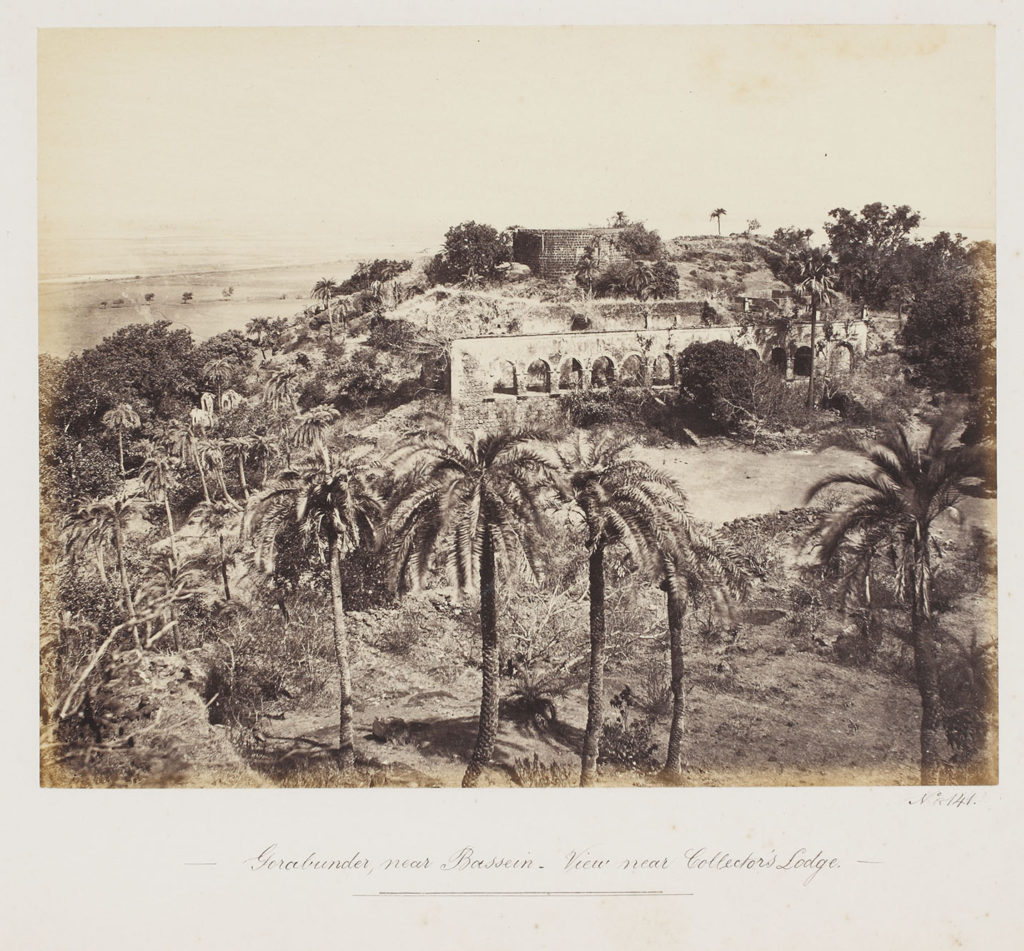 Called Ghodabunder village in Thane, the area is around 30 km from Vasai along the creek and still preserves the ruins of the Fort. The area was under Portuguese dominion from the 1500s to the mid-1800s, and was titled Cacabe de Tanha. As per legends, the name ‘Ghodabunder’ refers to the fact that the Portuguese once traded horses with the Arabs in this area. One of the fort bastions and a wall lined with arches is visible in this photograph. 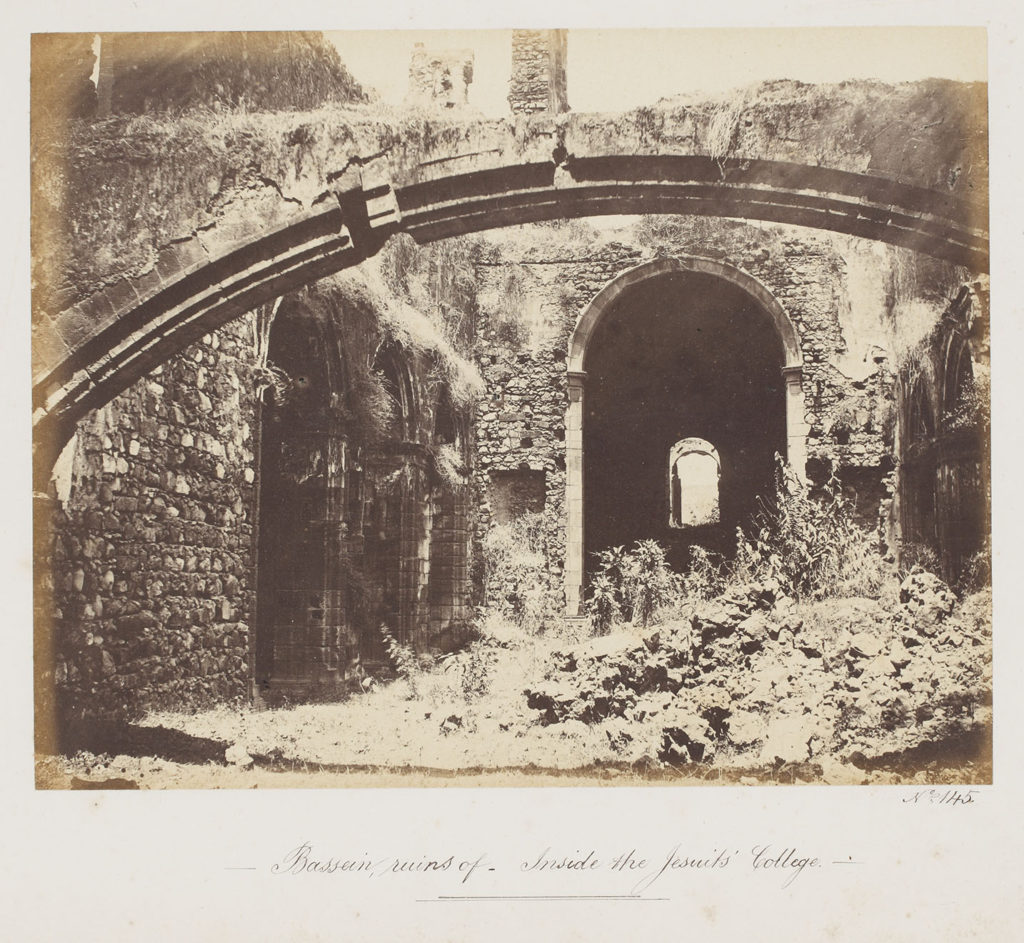 ‘Bassein – Ruins of the Jesuit College’

The Jesuit College was also commissioned by St Francis Xavier along with the Holy Name of Jesus Church, and is most popular for being the school where St Gonsalo Garcia studied for eight years. More recently, the video for the Coldplay song Hymn For The Weekend had Sonam Kapoor cinematically drifting through the college and other parts of the fort.