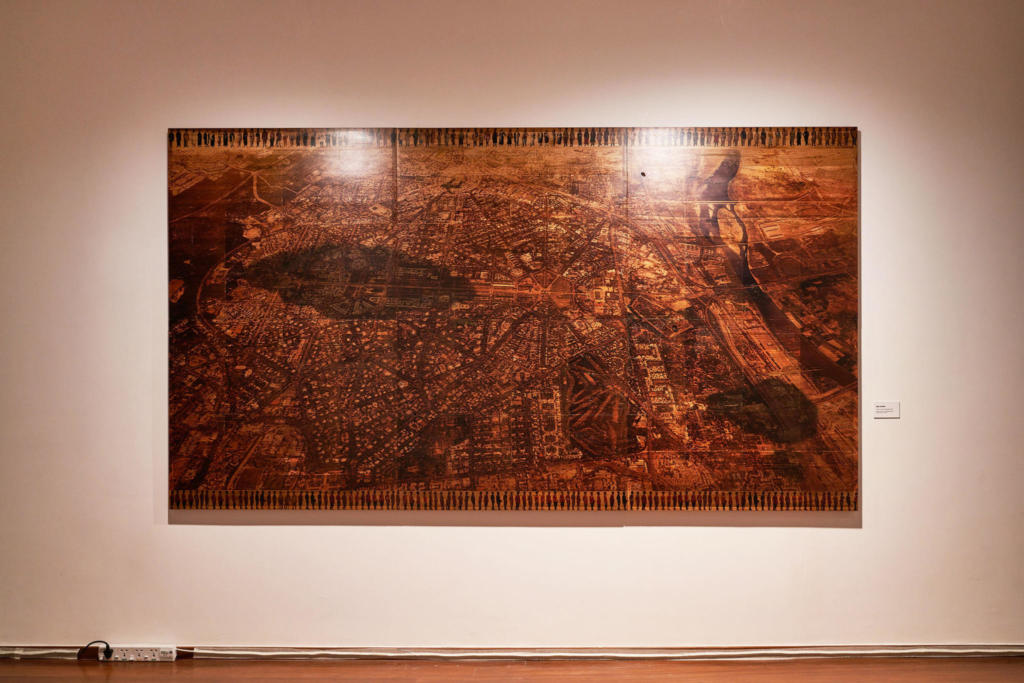 In Saju Kunhan’s Cloud over a landscape he deftly weaves a Delhi tapestry with threads unspooling from the city’s history of migration, displacement, destruction, and reconstruction. Anyone who has experienced Zarina Hashmi’s art will see the similarity between the artists’ concerns immediately. Witness to the horrors of the India-Pakistan partition at the tender age of 10, Zarina dedicated her decades-long career to exploring the idea of home and belonging, and the pains of displacement. Just like Kunhan, Zarina focuses on the boundaries of the city—even though the city itself has altered beyond recognition with its centre shifting from Shajahanabad to New Delhi—critically highlighting the impermanence of these lines. She achieves this through her choice of inspiration: an 1858 engraving from the Illustrated London News titled Delhi before the siege. The fortified city is shown here in the peaceful days before its destruction in the Uprising of 1857. Read more about Zarina’s work and the Delhi series here.

‘The City of Delhi Before the Siege’, 1858, Illustrated London News © Sarmaya Arts Foundation 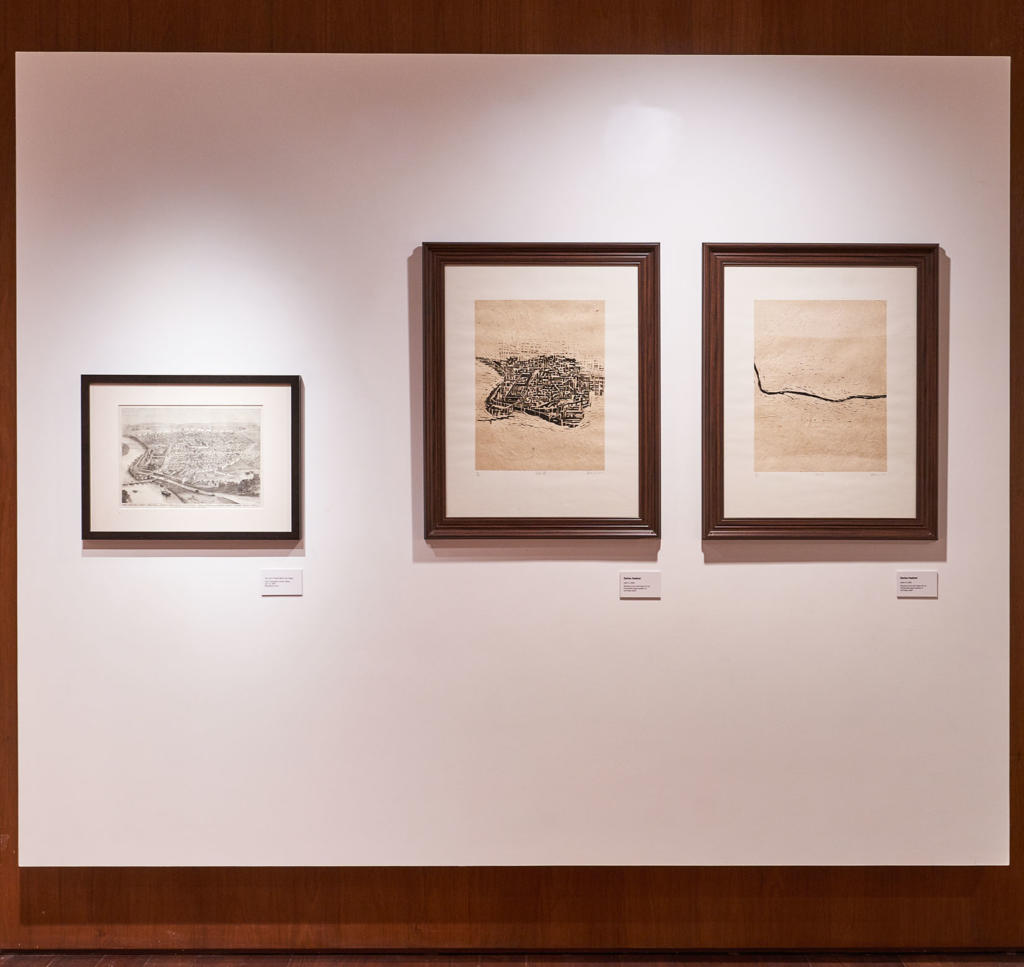 What’s interesting about this point in history is it marks the arrival of photography in the Subcontinent. The Panorama of Delhi was captured less than a year after the Uprising of 1857 by war photographer Felice Beato. He was commissioned by the War Office in London to document the aftermath of the revolt in the places where the decisive action was focused, including Lucknow, Delhi, Meerut and Benaras. This magnificent view showcases the changing contours of the city of Delhi after the siege and it was captured on eight albumen prints that have been stitched together. Early in his career, Beato came to be known for these kinds of breathtaking, wide-angle photographs that laid out a compelling narrative.

This panorama was taken from one of the high western minarets of the Jama Masjid, standing at a height of around 40m tall. Thanks to the vantage point, this view showcases layers of Delhi’s architectural history, including the Qutb Minar, the Red Fort and the Sehri Masjid. Contrast the devastation seen here to the pristine skyline of the engraving of Shahjahanabad. 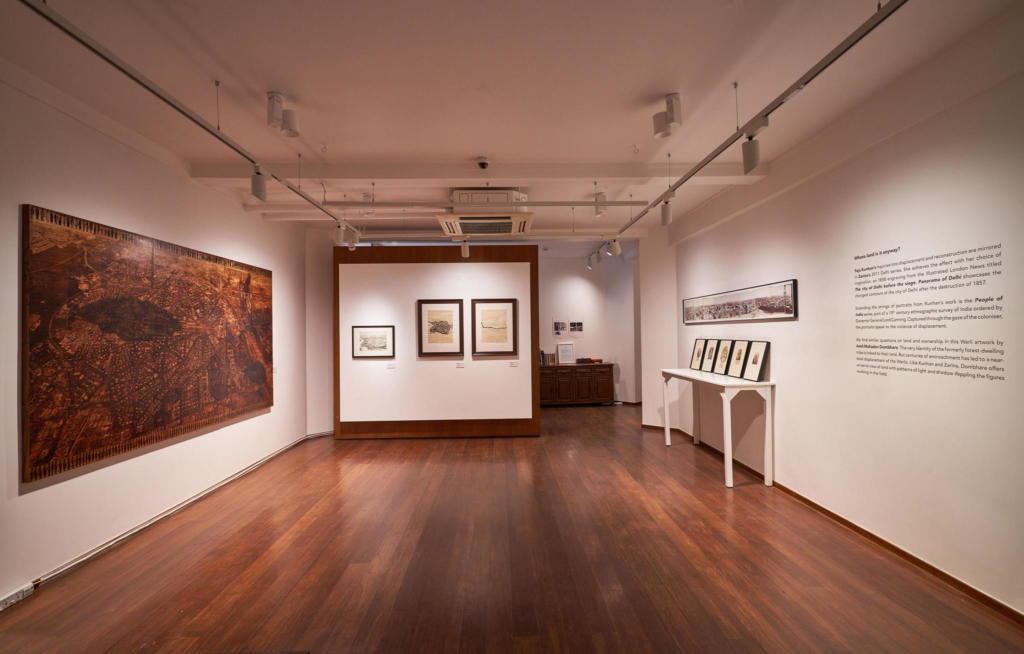 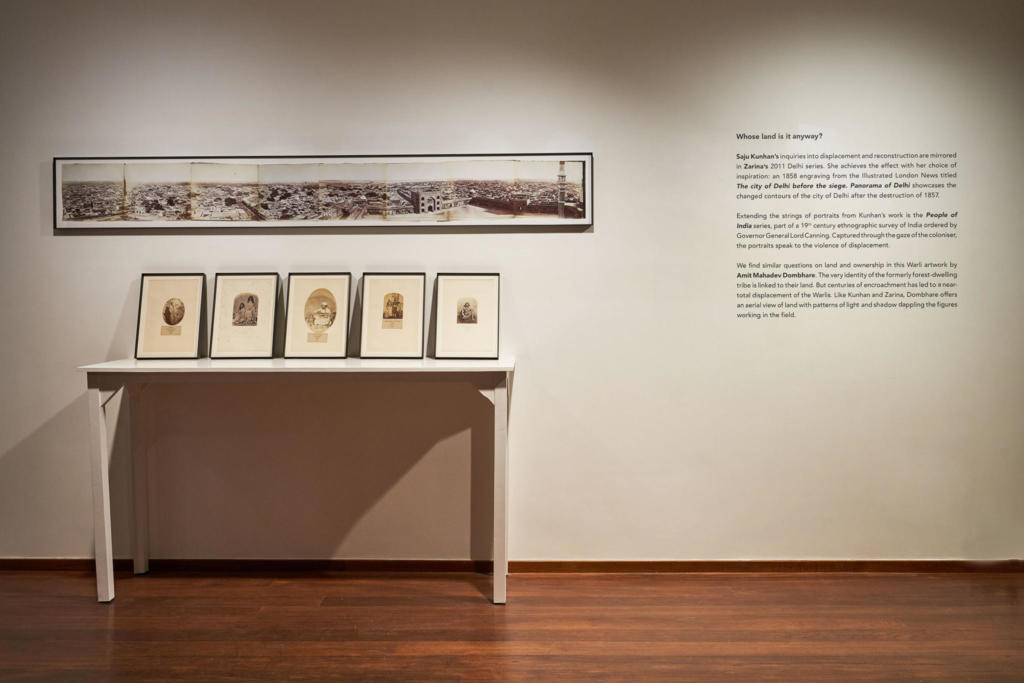 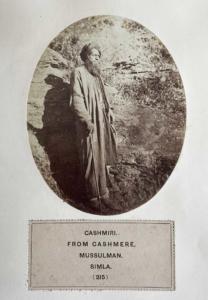 ‘Chashmiri, from Cashmere, Simla’ (caption as it appears in the original album), ‘People of India’, 1868-1875 © Sarmaya Arts Foundation 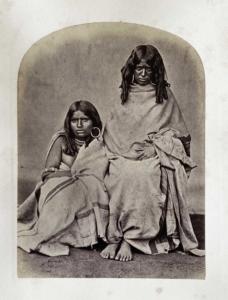 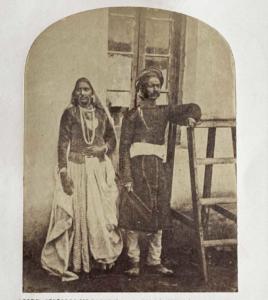 Across the top and bottom of Cloud over a landscape are a series of portraits of Indian citizens and military figures and at our show, we extended this with a selection of similar photographs from a 19th-century publication, People of India. These photographs were part of an ethnographic survey of India ordered by Governor General Lord Canning between 1868 and 1875. This eight-folio title aimed to document the races and tribes of the Subcontinent. Fifteen photographers and 18 authors contributed to People of India by combing through the land and posing subjects in various landscapes. Though the volumes attempt to take a scientific temper and represent the people of India objectively, they remain deeply flawed and beset with the imperial and racial preconceptions of the time. Captured through the gaze of the coloniser, the portraits speak to the violence of displacement palpable in Kunhan’s work. 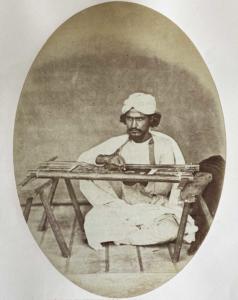 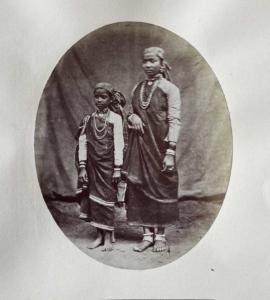 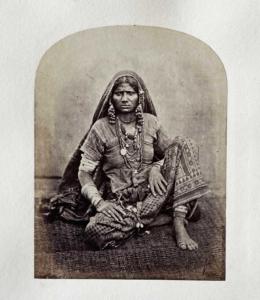 We find similar questions on land and ownership in the untitled Warli artwork by Amit Mahadev Dhombhare. The very identity of the formerly forest-dwelling Warli tribe is linked to the land they inhabit—the word Warli is derived from warul, meaning tilled land. Warli paintings were typically made on a wall treated with cow dung and geru (red ochre) and peopled with stick figures and geometric motifs drawn using white rice flour paste. The tribe’s bond with their land is frequently the underlying theme in their paintings, which serve a social and ceremonial purpose, besides being a fertile genre within indigenous Indian art forms.

Considered the original inhabitants of the north Konkan region in western India, the Warlis practiced shifting cultivation, migrating periodically from one area of the forest to another. Over centuries, their land has been encroached upon by traders and both foreign and Indian empires and authorities leading to a silent and near-total displacement of a people. Like Kunhan and Zarina, Dhombhare here offers an aerial view of a piece of land, creating patterns in light and in shadow and enhancing the impact of the negative space around each figure. 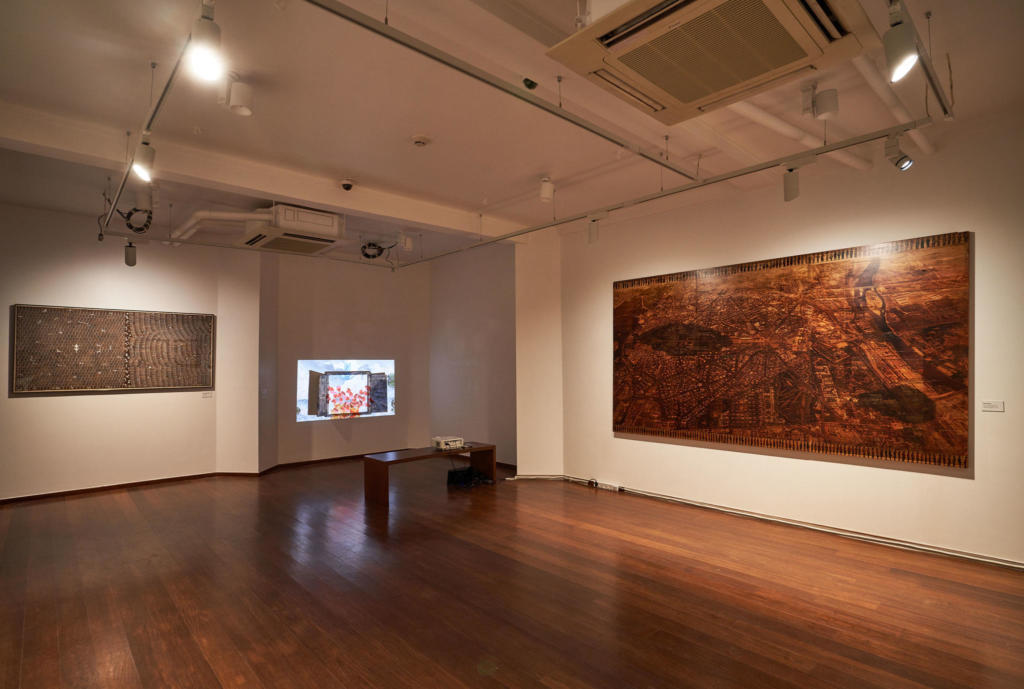 In this work from our collection, Dhombhare represents his observations of the kapni (harvest) season as it unfolds in his village Ganjad in Palghar, Maharashtra. The Warli community start each agricultural season with perni (sowing) after the first rains in June. A second-generation artist, Dhombhare is, however, as deeply invested in the soil as any farmer. Even as he draws up our gaze to present a sweeping view of the fields, it’s evident from the care with which he has peopled his canvas (notice the snakes slithering in the grass, the curve of the scythes as they’re poised above the stalks of paddy) that his bond with the land is complete, defining and beyond the scope of any mortal authority to either grant or take away.