Of the Tridevi or triumvirate of great Indian goddesses, Saraswati’s appeal is unique. Where Parvati bestows life-energy and Lakshmi promises growth, her realm is that of the mind and soul. Described variously as the goddess of learning, literature, art, music and wisdom, Saraswati is worshipped by Hindus, Jains and Buddhists in India as well as Tibet, China, Japan and Indonesia.

An early avatar appears in the Rig Veda as Vac, the goddess of speech. According to Hindu scriptures, Saraswati sprang forth from the brain of Lord Brahma, creator of the universe, and became his consort. She is named for the mythic river along whose banks Vedic literature flourished.  Her iconography includes the colour yellow signifying enlightenment, a white swan as her mount or vahana, and four arms holding a palm-leaf manuscript and a rosary, and playing the veena. She is the patron saint of students, musicians, writers and artists.

The two major festivals to Saraswati are observed during the first days of spring at Vasant Panchami when a puja is conducted in her name, and during the final days of Navaratri. On the last day known as Vijayadashami, young children in Kerala are symbolically initiated into the world of learning in a ceremony called Vidyaarambham, where they trace the first letters of the alphabet in a plate of grain.

Saraswati has over time been absorbed into Jain and Buddhist mythologies too. Jains worship her as Shrutadevata, the embodiment of all knowledge preached by Jinas, the great teachers, and Kevalins, souls who have attained omniscience. The figure of the Goddess is unmissable in the Jain temples of Western India. The two major sects in Jainism, Svetambara and Digambara, depict her differently but she is equally revered by both.

In Buddhism, she is worshipped as an independent goddess. Mahasaraswati as she’s known is depicted visually as resting on the moon, lighting up the world with her divine radiance. As Buddhism travelled to other parts of South Asia, Saraswati too found believers in new lands. She is venerated as White Tara (Tibet), Biàncáitiān (China), Dewi Saraswati (Indonesia) and Benzaiten (Japan).

In India, worship is not just a function of faith. One’s place in society determines one’s profession and this, in turn, dictates one’s deity. Systems of belief have thus developed up around specific vocations, especially those that involve intimate daily encounters with the elements of nature. 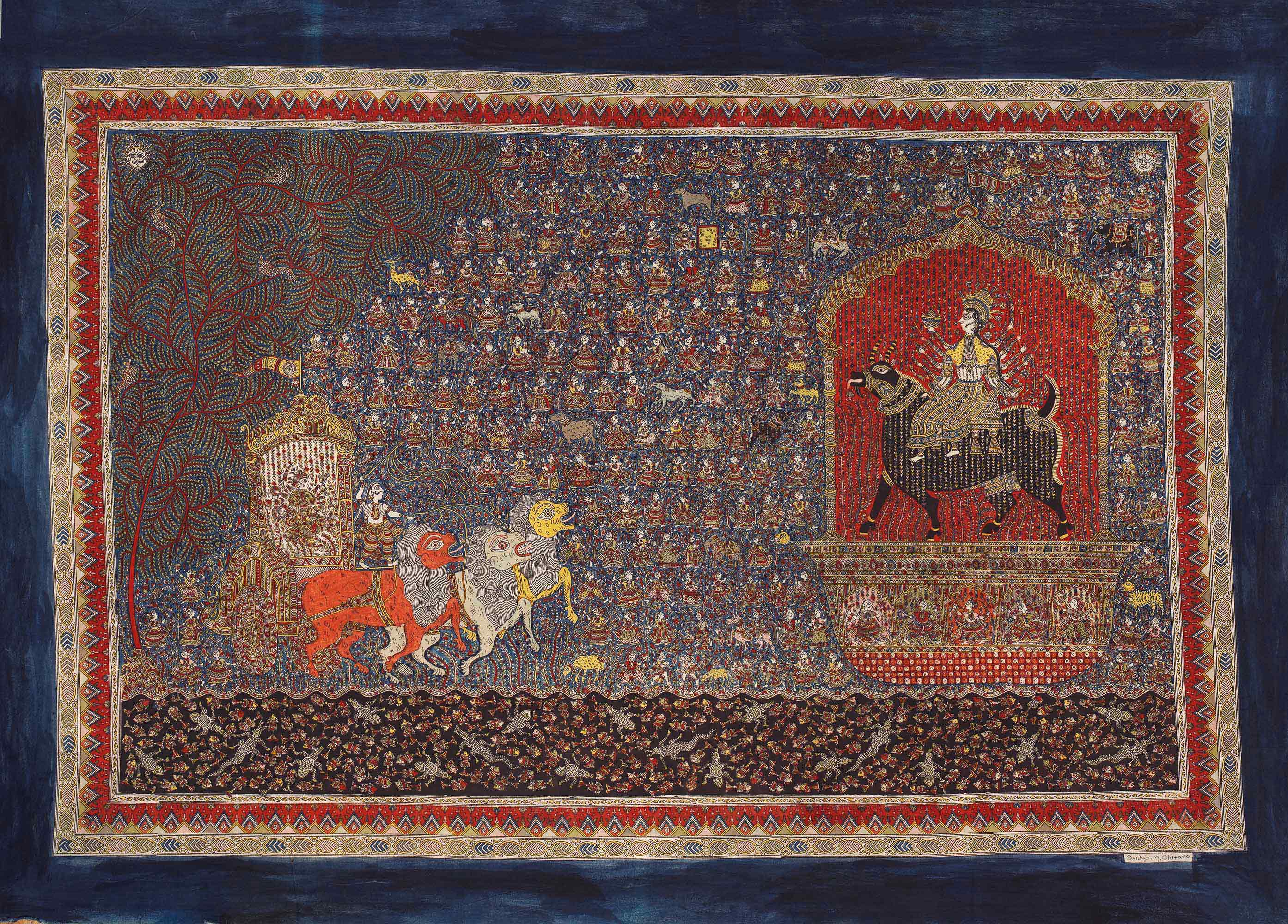 Vahanvati Mata aka Sikotar Mata is believed to offer protection to those setting off on voyages from the Gulf of Khambat. A temple to the Goddess stands near the seashore in the village of Ralej in Gujarat. In the textile art of Mata-ni-Pachedi, she is depicted as seated on a goat that stands on a ship.

The Koli fisherfolk of Mumbai seek the blessings of Golfa Devi before they take their boats out to sea. Her shrine is located in Worli Koliwada, where people of all backgrounds come to participate in an interesting ritual. It is believed that Golfa Devi answers her devotees’ questions in yes or no through a simple game. Two silver beads are placed on the idol’s shoulders. If the left one falls, the answer is no, and if the right falls, the answer is yes. Read more here. 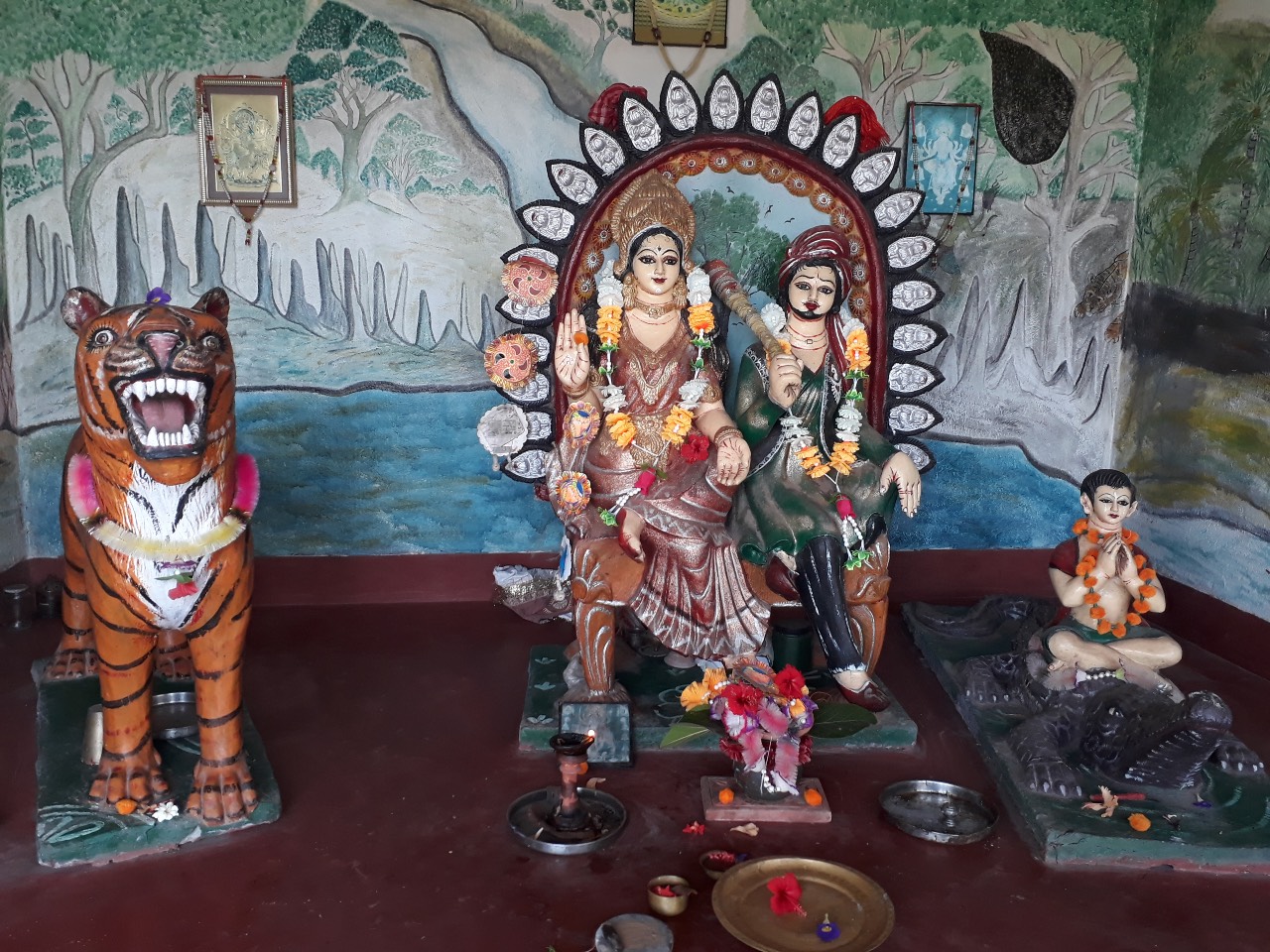 Bonbibi is an embodiment of the spirit of Sundarban’s mangrove forests and she’s believed to defend her flock against tiger attacks. Venerated by Bengalis of all faiths, she safeguards those who enter the swamps for their livelihood, ie to gather honey and wax, cut wood and fish. Bonbibi is usually depicted with her brother Shah Jangali and a roaring tiger. 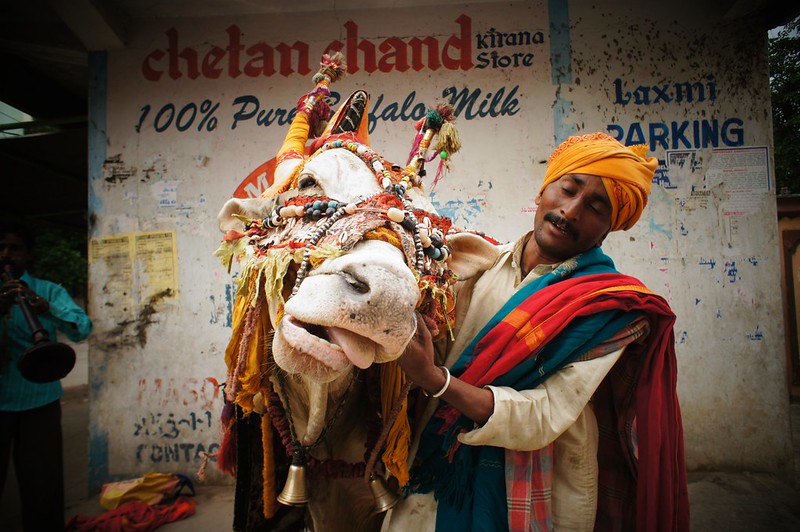 In parts of rural Telangana, Maisamma is regarded as the guardian of a village and goddess of harvests. Cattle-herders of the region believe she protects their live-stock from hunger and disease. They build small stone shrines to her, slathered in white-wash and dotted with vermillion.  Called Maisamma Goodu, these are placed inside or near cattle-sheds. Maisamma and other mother-goddesses are celebrated with parades and pageantry during the annual festival of Bonalu.