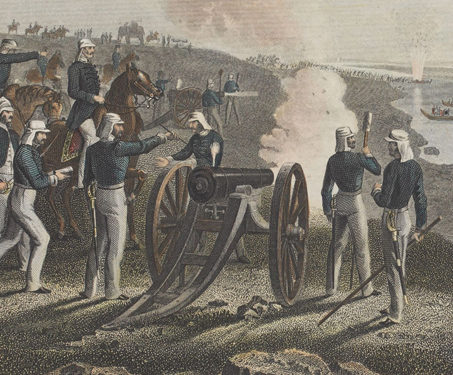 This engraving depicts the battle scene between the British troops led by Major Vincent Eyre and the Oudh (Oude) rebel forces in Allahabad (now, Prayagraj). The revolt of 1857 was a crucial point in India’s colonial history, marking the first widespread form of resistance to the rule of the British East India Company. It spread… Read more » 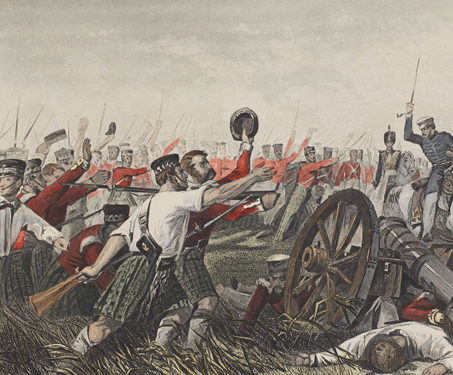 This engraving depicts the charge of the Highlanders’ 78th unit before the city of Cawnpore (now Kanpur) during the revolt of 1857. Cawnpore (now Kanpur) in Uttar Pradesh was an important fortified town for the East India Company’s forces. Kanpur was the site of a massacre on June 27, 1857, when the city’s besieged population,… Read more » 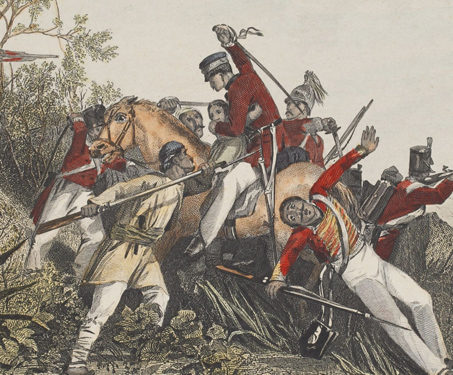 This engraving depicts British officers, a woman and a child facing the rebel soldiers while escaping during the revolt of 1857-58. The revolt of 1857 was a crucial moment in India’s colonial past and the first widespread and semi-structured form of rebellion against the rule of the British East India company. It was widespread across… Read more » 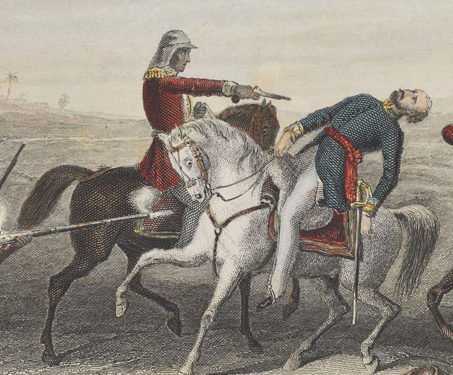 This engraving portrays a morbid scene depicting the shooting of Colonel John Platt of the 23 Regiment Bengal Native Infantry and Station Commander Mhow by the mutineers in 1857. Mhow in Madhya Pradesh was a critical battlefield during the Rebellion of 1857 in Central India. On July 1, 1857, the revolt reached Mhow, when numerous… Read more » 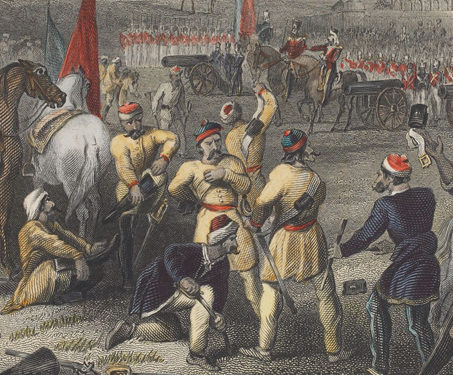 This engraving depicts scenes from the disarming of cavalry of soldiers by the British units at Berhampur in present-day West Bengal during the revolt of 1857. On the 27th of February 1857, Berhampur (now Berhampore) was one of the first places of sepoy insurrection in the British cantonments at Barrack Square, when the 19th Native… Read more » 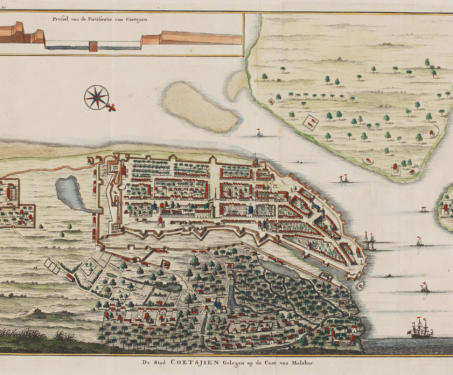 According to the prevailing view of cartography experts, maps can be categorised into two types: topographic or general maps, which might help you find your way around an area, and thematic maps, which serve to highlight specific features or a particular event, for eg, a battle plan. Regardless of their type, all maps tell a… Read more » 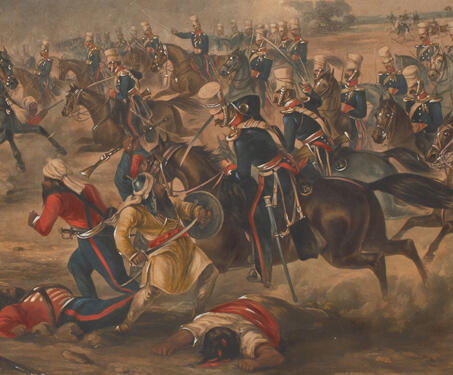 The Battle of Ramnagar which took place between British and Sikh forces during the 2nd Sikh War (1848-1849) incurred great losses for the British. Fought on the banks of the river Chenab in Punjab on 22 November 1848, the battle had resulted in an unambiguous victory for the Sikh forces. Yet, this engraving which depicts… Read more »