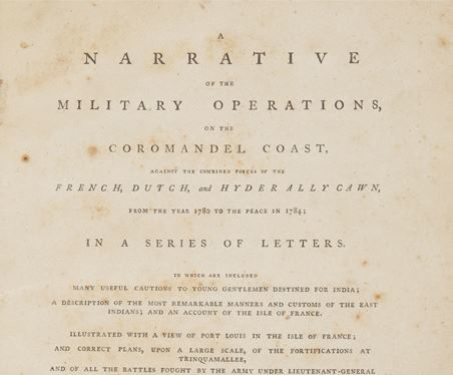 This rare book from late 18th century offers a look at the different kingdoms that were part of the highly strategic and viciously fought Anglo-Mysore wars. It includes 18 letters from 1779 to 1784 covering the British Army’s operations in India, as well as several illustrations of the Isle of France, and charts. Maps include… Read more »