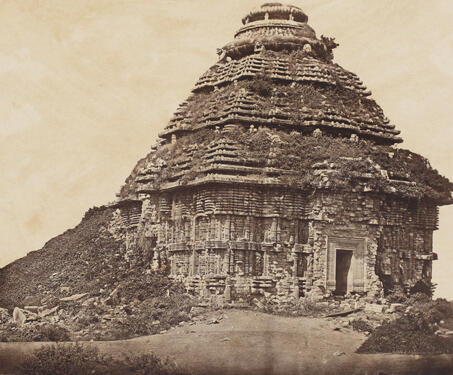 This photograph depicts the before-restoration ruins of the Sun temple at Konark, in Orissa. Once famous as the Black Pagoda, for the temple resembles the chariot of the Sun God, with 12 wheels and seven horses that represent the number of months in a year/zodiac signs and days in the week. It was built by… Read more » 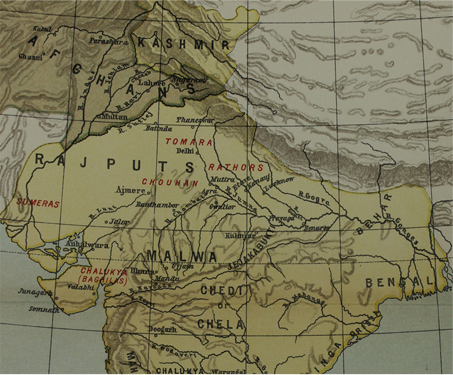 This map depicts geographical features and the distribution of various Hindu dynasties in India in 1022. In the north-west, the Ghaznavid Empire was at its zenith under Sultan Mahmud of Ghazni (971 – 1030), who crossed the river Indus and plundered India seventeen times during the course of his reign. The map was published in… Read more »