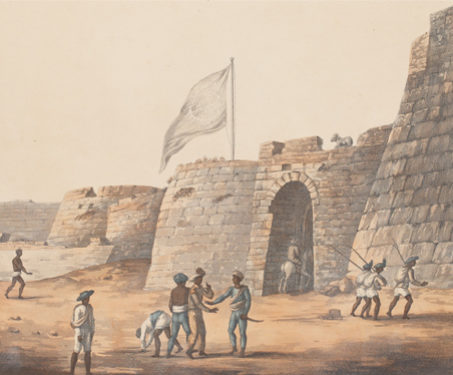 This is an aquatint engraving showing the northern entrance of the Bangalore fort post the attack on Bangalore by the British East India Company during the Third Aglo-Mysore War in 1791. The war was fought between the British army and the king of Mysore Tipu Sultan, who was defeated and the fort was captured. This… Read more »