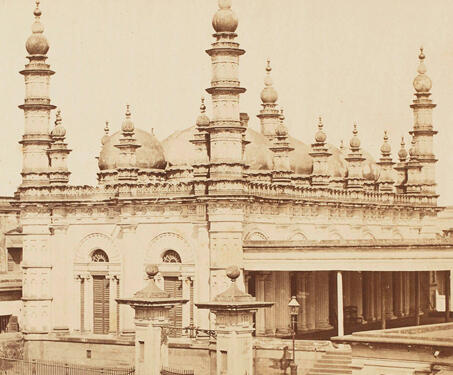 This photograph shows the Tipu Sultan Mosque in Calcutta.  For several years in the 18th century, Tipu Sultan fought the East India Company’s formidable imperial policies with the help of his French alliance. He died in 1799, during the fourth and final Anglo-Mysore War that resulted in the fall of Seringapatam.  After defeat in 1798,… Read more »