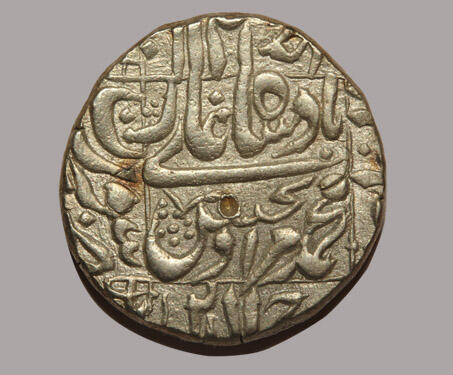 The coin was minted in surat and is a ‘kalima’ type. It reads “kalima shahada” inscribed around the name of four Khalifas (Caliphs) which are inscribed inside the square, on the obverse. It reads “muhammad murad baksh badshah ghazi” on the reverse. Murad Bakhsh was the youngest son of Mughal Emperor Shah Jahan and Mumtaz… Read more » 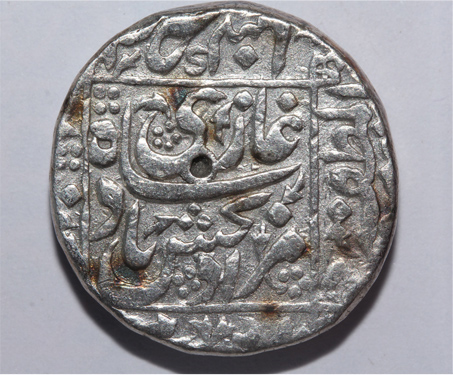 Murad Bakhsh (1624-1661) was the youngest son of Shah Jahan. He was very successful in the initial stages of the Balkh-Badakhshan campaign of 1646, but when he left the expedition to return to Agra, it created a permanent rift between him and his father and resulted in his expulsion from the Mughal court. Later, Murad… Read more »