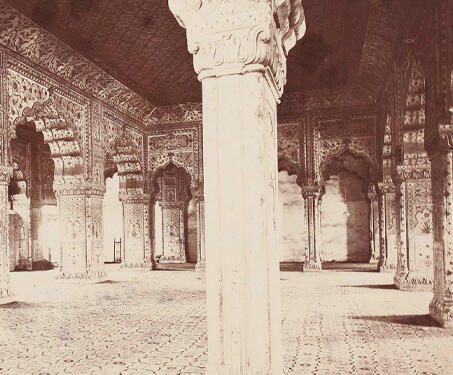 The Diwan-e-Khas is inside the Red Fort, which was built between 1639 and 1648 CE by the Mughal emperor Shah Jahan at his newly minted capital, Shahjahanabad. With its white marble pavilions inlaid with precious gemstones, Diwan-e-Khas was reserved for meetings between the Emperor and courtiers, government officials and foreign dignitaries. The famous Peacock Throne… Read more » 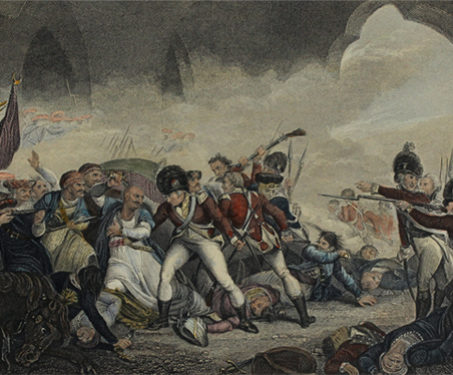 This coloured engraving by Rogers, after a large scale history painting by Henry Singleton, is a dramatic depiction of the East India Company’s final storming and capture of Seringapatam, the fortified capital of Tipu Sultan, Mysore ruler and bitter opponent of British imperialism, in May 1799. In the main image, British and Mysorean forces are… Read more » 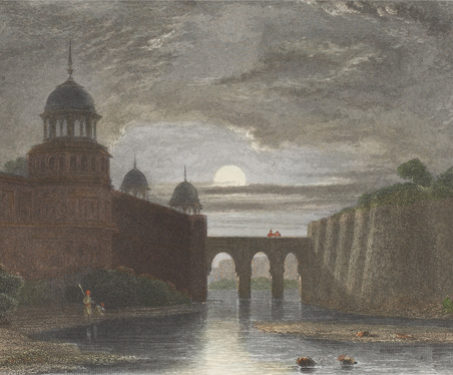 Inscription Verso Inscription by the Dealer “STATE PRISON AT DELHI. ARTIST: Drawn by William Daniell and Engraved by J. B. Allen. Coloured engraving. Year 1836.” This is after the painting of the bridge connecting the Red Fort to the Salimgarh Fort in Delhi, acorss the Yamuna river. The Salimgarh fort was built by Sher Shah… Read more »