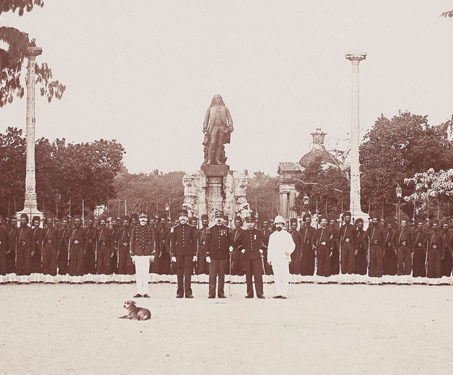 This late 19th-century photograph is of the French Sepoy Regiment standing in front of the statue of Joseph Francois Dupleix, Governor-General of the French establishment in India. Pondicherry, a port town on the Coromandel coast, was governed by numerous southern dynasties before European forces arrived in the 1600s, including the Pallavas, Pandyas, Cholas. Powerful European imperial… Read more » 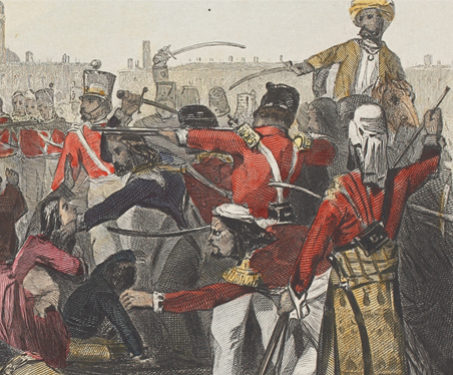 The first Indian Uprising broke out in the East India Company’s army in May, 1857 and the campaign to suppress it lasted till April 1859. The course of the Uprising followed five distinct phases; first came the outbreak and the measures taken immediately; this was followed by the capture of Delhi and the two reliefs… Read more » 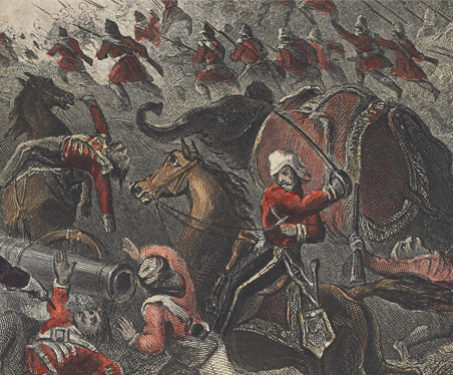 Kanpur was the scene of a massacre after the city’s besieged occupants, including women and children, surrendered to the revlting natives on 27 June 1857. The recapture of the city then and the avenging of the massacre became a primary objective of the British officials. The city was retaken from the natives on 16 July… Read more » 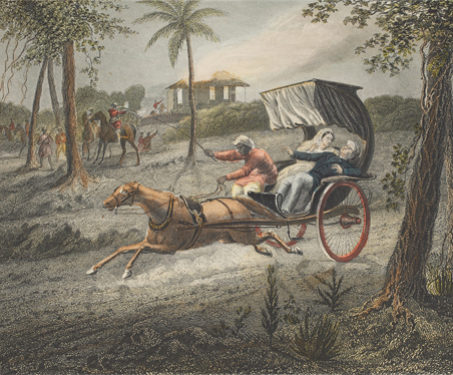 This is an engraving depicting the shooting of Dr.Graham, an English medical officer who was shot while travelling in his horse-carriage and succumbed to his wounds. This print was inspired from the original illustration by Charles Ball, in his book “The History of Indian Mutiny”. The image depicts a horse-drawn carriage speeding through the landscape… Read more » 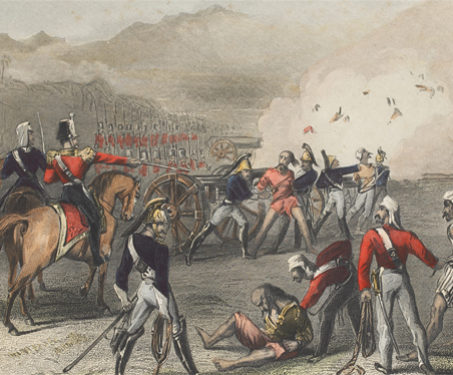 This is a hand-coloured engraving, detailing out one of the activities post the suppression of the Uprising of 1857. The print originally belonged to a larger 1857-Uprising related publications by the London Printing and Publishing Company. In this particular image, British officers are shown blowing the captured sepoys off canons. Two sepoys are tied to… Read more »