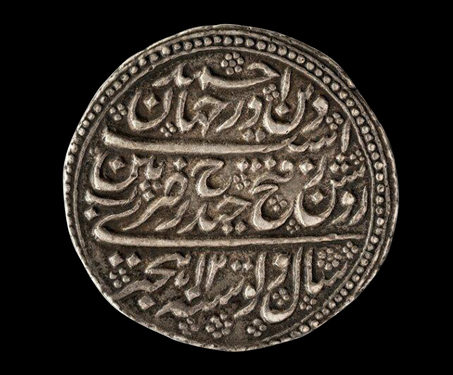 This coin is a Double Silver Rupee of the Mysore Kingdom, minted by Tipu Sultan ( r. 1783-1799). Tipu Sultan ascended the throne of Mysore on 4th May 1783. He is recognized for his military prowess, administrative skills, and battle against the British during the Anglo-Mysore Wars. Tipu Sultan issued gold, silver, and copper coins… Read more » 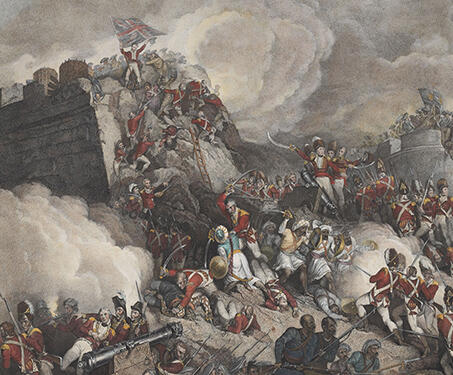 A mezzotint engraving produced by John Vendramini, this triptych illustrates three episodes from the final victory of the British over the Mysore state during the 4th Anglo-Mysore War (1798-99). Spanning nine feet across, it was created after a painting by Sir Robert Ker Porter, one of the first artists to depict this landmark episode in… Read more »