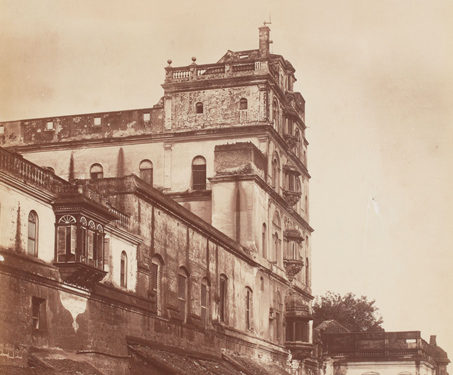 This is a photograph of the east side of the Thanjavur Palace taken in the late 19th century. The Thanjavur Mahal Palace, locally known as Aranmanai, was built by the Nayakas in the 16th century and later inherited by the Marathas, whose descendants continue to call it home. During their reign, the Maratha rulers added… Read more » 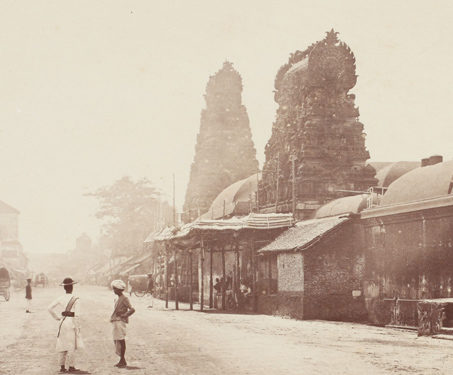 This photograph, by Samuel Bourne (c.1834 – 1912), is of a street in Thanjavur (formerly Tanjore) from the late 19th century.  Since ancient times, Thanjavur, located on the Kaveri Delta, has seen several historical dynasties and rulers from the Cholas, Vijayanagara rulers, Nayakas, Marathas and the British. The name is derived from Tamil, where tanjam, which means “refuge,”… Read more » 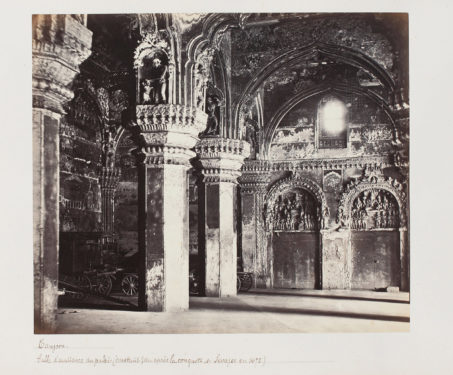 Between the 16th and 18th centuries, Thanjavur welcomed large communities of Telugu and Marathi speakers as a consequence of Nayaka and Maratha conquests in Cholamandalam. The result was a slow mingling and simmering of cultural influences, resulting in the unique artistic heritage of this temple town 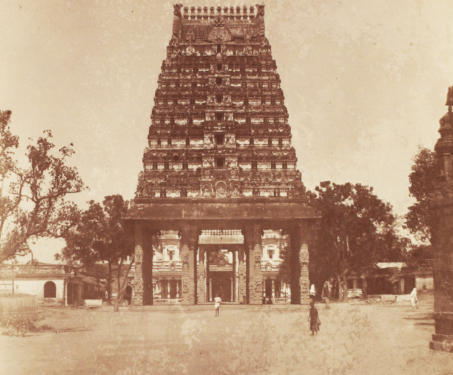 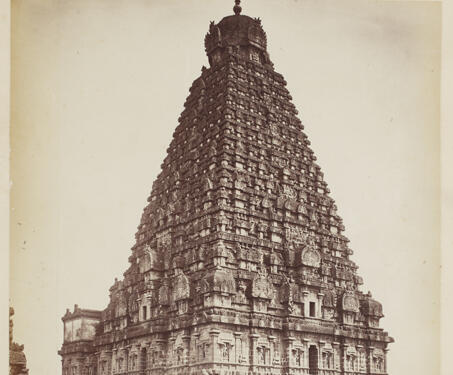 The Brihadishwara Temple at Thanjavur marks the acme of the Southern Temple Architecture, in magnitude, design, technique, and art. This Great Temple, built between AD 1003 to 1010, is also called the Rajarajeshvara after its builder Rajaraja I, the great Chola Ruler. The Temple complex consists of various subsidiary shrines of different deities, and an… Read more »

Ten incredible styles of painting, sculpting and weaving that wouldn’t have existed without these visionary royal patrons