This is an early 19th century coloured aquatint illustrating the gateway of Mughal emperor Akbar‘s (1542-1605) tomb. It was published in ‘A Picturesque Tour Along the Rivers Ganges and Jumna in India’ by Charles Ramus Forrest (1750-1827). Forrest was an infantry officer in India from 1802 to 1827 and was an amateur artist. The drawings… Read more »

When Arjumand Banu Begum (1593-1631), principal consort of Mughal emperor Shah Jahan, passed away, a marble mausoleum was constructed to house her mortal remains on the south bank of the Yamuna. The Taj Mahal, originally named Rauza-i-Munawarah, took fifteen years from 1632 to be completed. Marble from Makrana, jasper from Punjab and jade from China… Read more » 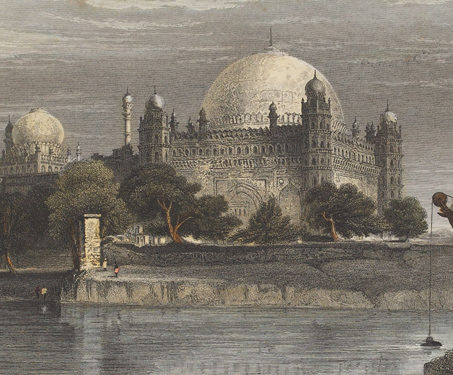 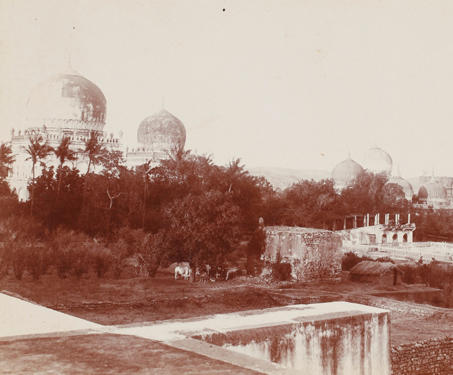 This photograph of the Qutb Shahi Tombs in Hyderabad, is by Lala Deen Dayal (1844-1905). Mohammed Quli Qutb Shah founded the city in 1591 by, moving away from the historic capital at Golconda. The Qutb Shahi empire was founded by his grandfather, Sultan Quli Qutb Shah. Hailing from Hamdan in Persia (present-day Iran), he travelled… Read more » 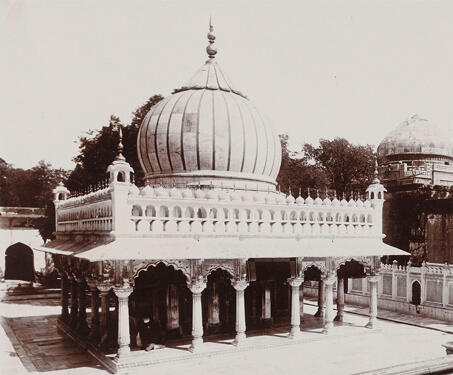 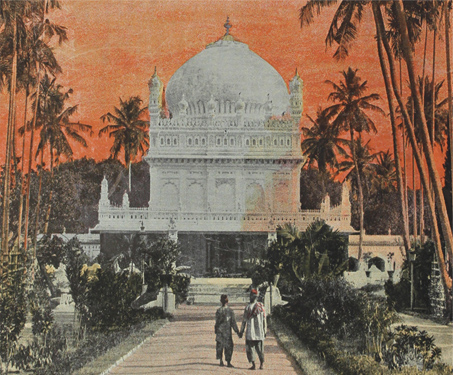 This engraving after an original photograph by Bourne and Shepherd shows the mausoleum of Tipu Sultan and Haider Ali in Seringapatam (now Srirangapatna), erstwhile capital of the Kingdom of Mysore.The domed mausoleum is seen situated on a raised platform in the middle of a landscaped garden. The tomb was first built by Tipu to hold… Read more »