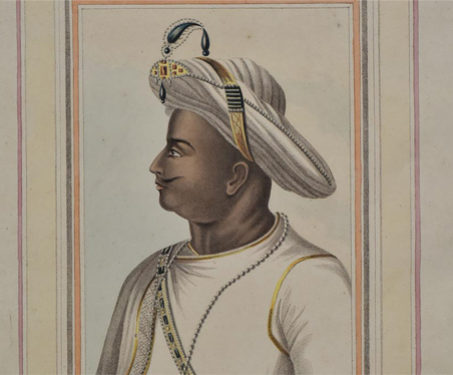 This print is based on a portrait of Tipu Sultan, ruler of Mysore and hostile opponent of the British in late 18th century South India, in the possession of Richard Wellesley, Governor-General of India during the fourth, and final, Anglo-Mysore war of 1799. Masterminded by Wellesley, the 1799 campaign, which resulted in Tipu’s death and… Read more »