Wadiyars served as vassals of the Vijayanagara rulers but as that empire weakened in the 16th century, the they asserted their dominance as independent kings. After the final Anglo-Mysore war ( 1798–99) ended the era of Tipu Sultan, Mysore was returned to the Wadiyars to rule as a subsidiary to the East India Company. Chamarajendra… Read more »

Derived from the Sanskrit’ sthagati’ for ‘he covers/deceives’, the word as it is used in the caption of this photo—’A Group of Thugs’—referred to men who were hereditary murderers and thieves. Some historians argue they killed to appease their deity, Goddess Kali, and the stealing was just incidental; others make the case that they were… Read more »

This photograph is of Jayajirao Scindia (1834-1886), the Maharaja of Gwalior, with his counsels. The Maratha Confederacy was an invincible force in 18th-century India. Ranoji Shinde, a Peshwas lieutenant who was pivotal in the Peshwas’ fight against the Mughals in Malwa, was one of the army’s rising stars. In 1731, Ranoji established his rule in… Read more »

This is a Carte de Visite portrait of the Begum of Bhopal, Shah Jahan Begum (1838-1901). The state of Bhopal was unique in Indian history for being ruled exclusively by women for over a hundred years. Their line began with the 19-year-old widow of the second Nawab of Bhopal, Qudsia Begum. A remarkable matriarch, Qudsia fought… Read more »

Oude is the anglicisation of Awadh—itself a derivation of Ayodhya, capital of the ancient kingdom of Kosala. Awadh was one of the 12 original provinces or subahs defined by Mughal emperor Akbar. It was governed by a subedar, under whom sprawled a network of taluqdars, members of a land-owning aristocracy responsible for collecting revenues from… Read more »

This is a portrait of Maharaja of Cooch Behar (present-day West Bengal), Nripendra Narayan (1862-1911). Bounded in the north by Bhutan, Cooch Behar was once a part of the ancient Indian kingdom of Kamarupa. Two centuries later, the East India Company would recognise the location as strategic to their imperial ambitions in Bengal and ally… Read more » 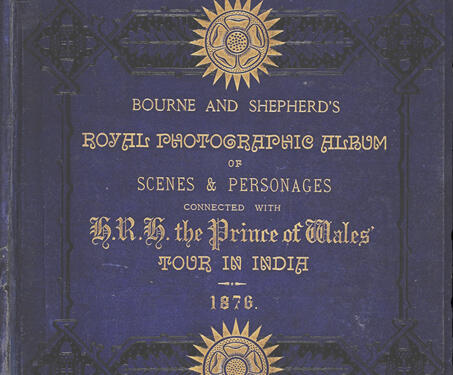 This album documents the extensive tour of the Indian subcontinent undertaken by the Prince of Wales, Edward VII, the eldest son of Queen Victoria. Prince Edward travelled widely across India between November 1875 to May 1876. Following the revolt of 1857, the British Royals embarked on long tours to establish relations with their colonies and… Read more » 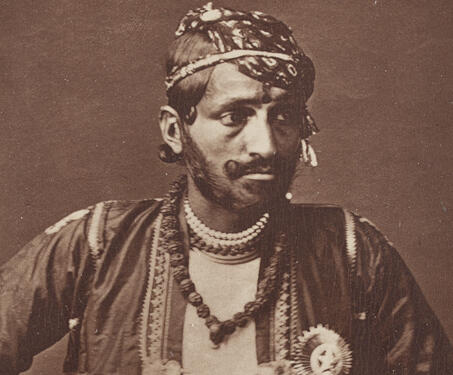 Maharaja Sawai Ram Singh II of Jaipur reigned from 1835 to 1880. A self-taught photographer, he was always up-to-date with the latest camera models and accessories. He would often be found in his small retreat called the ‘photu ka karkhana’ or ‘tasveer khana’ – taking pictures, processing them, fixing his chemicals or making regular journal… Read more »