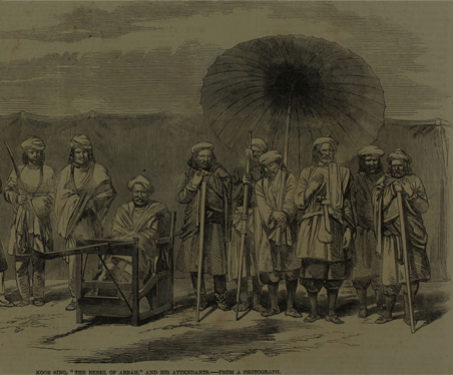 This engraving is titled “Koor Singh, the rebel of ‘Arrah’ and his attendants – from a photograph”. It was first published in the Illustrated London, right after the Uprising of 1857. Kuwar (Koor) Singh was a local zamindar who led the revolt against the soldiers of the Bengal Military Battalion in a small outpost of… Read more »