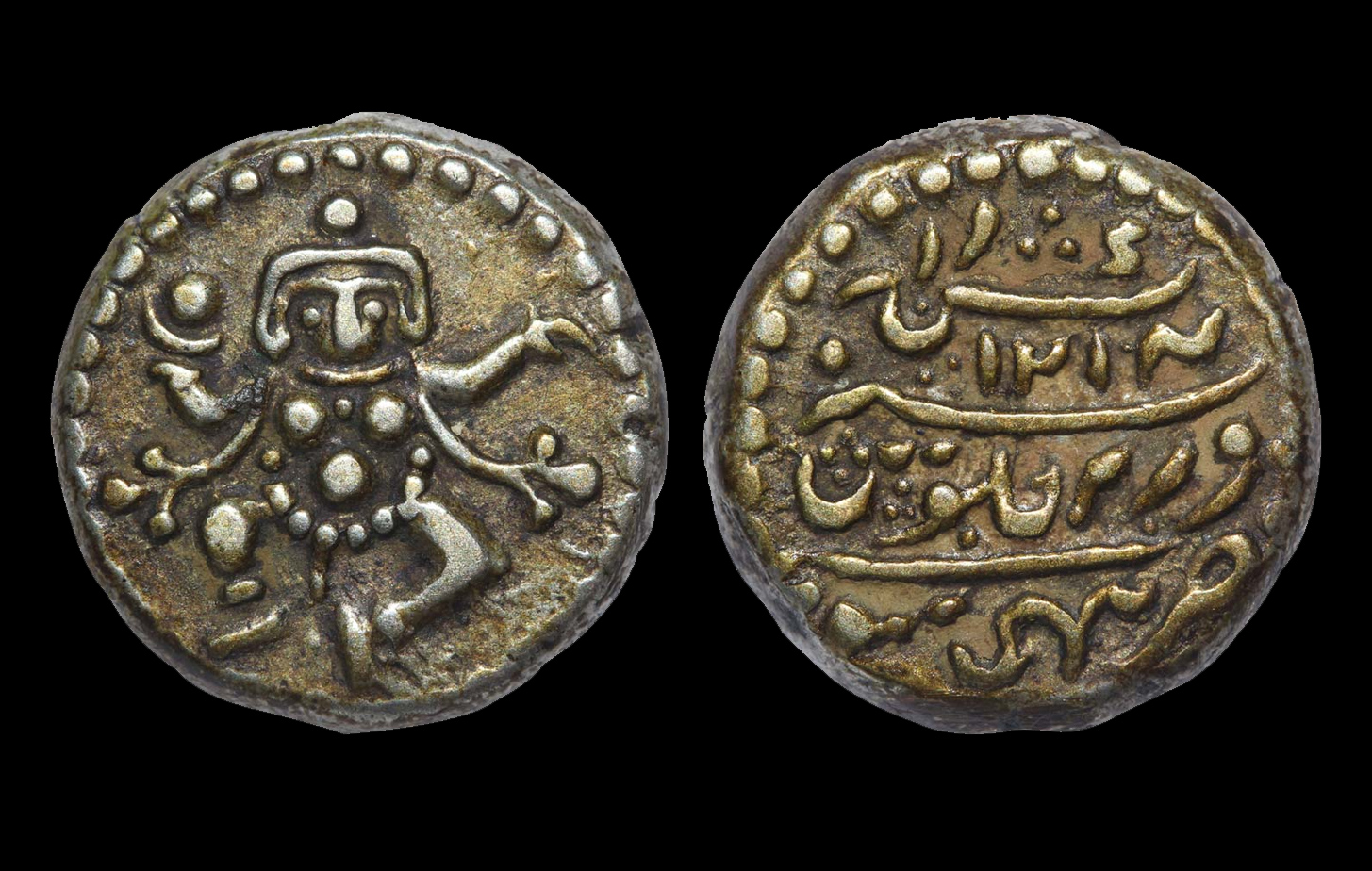 The Wodeyar/Wadiyar dynasty owns the distinction for being the only Indian royal family to have ruled for five centuries! Chosen to serve as vassals of the Vijayanagara empire in 1399, the Wodeyars grew over time to reign over their own kingdom, which they did right up till the formation of the Union of India in 1947. A total of 25 Wodeyars held the title of king, starting with Adi Yaduraya Wadiyar who took the title Raja Vijaya Raj Wadiyar after accession. From 1565 to 1761, they ruled independently.

The dynasty reached the peak of its powers during this time and its borders touched Trichy in Tamil Nadu. In 1761, power fell into the hands of the commander-in-chief of the army, Hyder Ali and his son TipuSultan. After Tipu’s death in 1799, the Wodeyars ruled under the British Raj till independence. This coin was minted in that very year; interestingly, the East India Company upheld the Mughal tradition of inscribing coins in Persian till the mid-19thcentury.

This silver coin was issued in the name of Krishnaraja Wadiyar III, also known as Muummadi Krishnaraja Wadiyar. Maharaja of Mysore for nearly 70 years, from 1799 to 1868, he is remembered for being a great patron of the arts and music. He came to power at the age of six and his regent was Dewan Purnaiya, a statesman who had previously served under Haider and then Tipu. The Persian inscription on the coin states, ‘Krishna Raj Sanah 1214 Wadeyar julus zarb Mahisoor’, identifying the year of issue as Hijri year 1214.

A dancing figure of Lord Krishna in a circle of dots