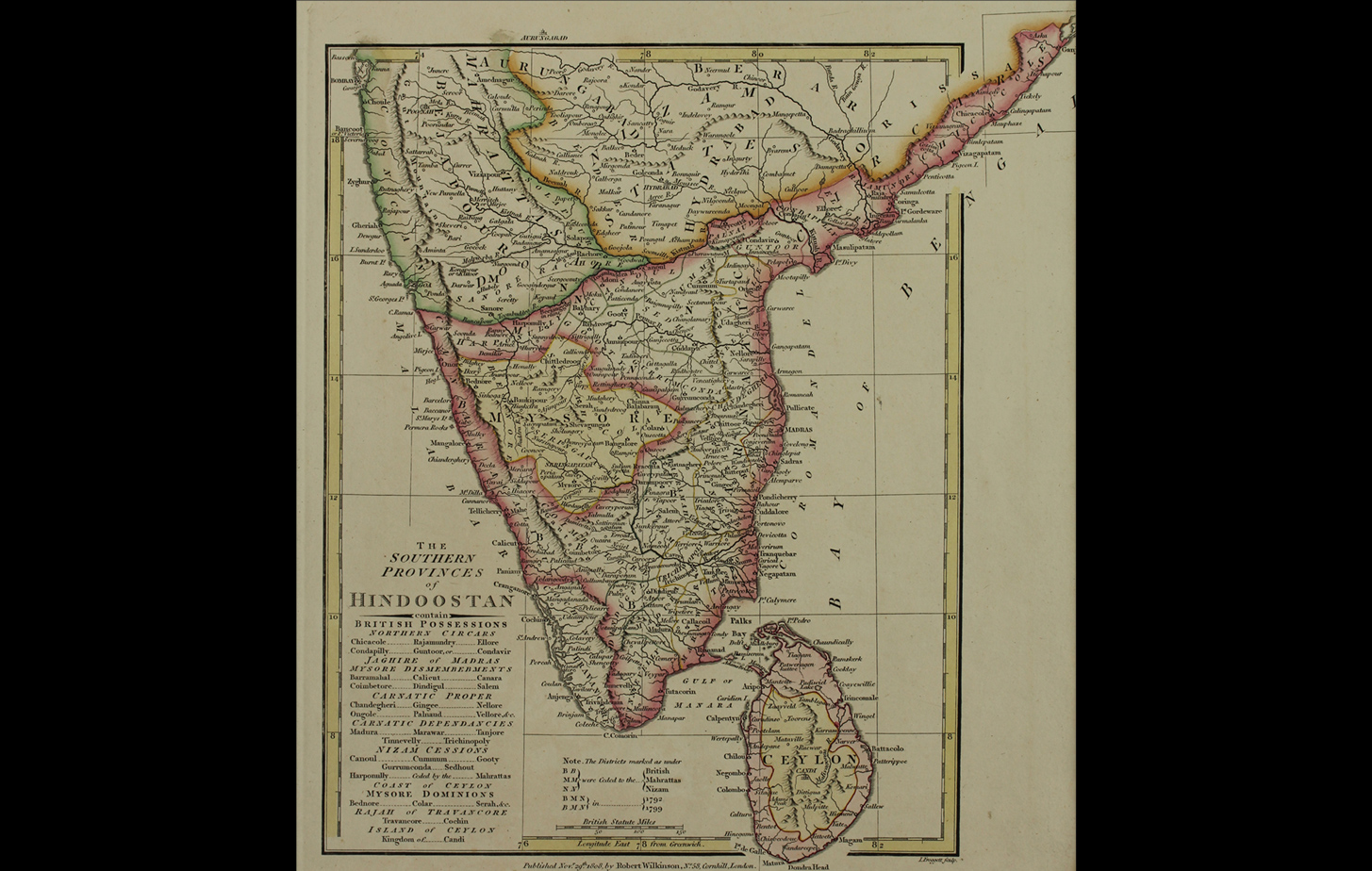 This 1808 map of South India shows the territories held by the East India Company, outlined in pink. Mysore, nominally independent under the Wodeyar (Wadiyar) dynasty, is depicted in yellow, an island surrounded by British possessions.

All territories marked B, N or M represent those areas ceded to the British and their allies, the Nizam of Hyderabad and the Marathas, following Tipu Sultan’s defeat in the third and fourth Anglo-Mysore wars of 1792 and 1799. Inscription Recto “L. Froggett Sculp.”

Map of the Southern Provinces of India showing British possessions