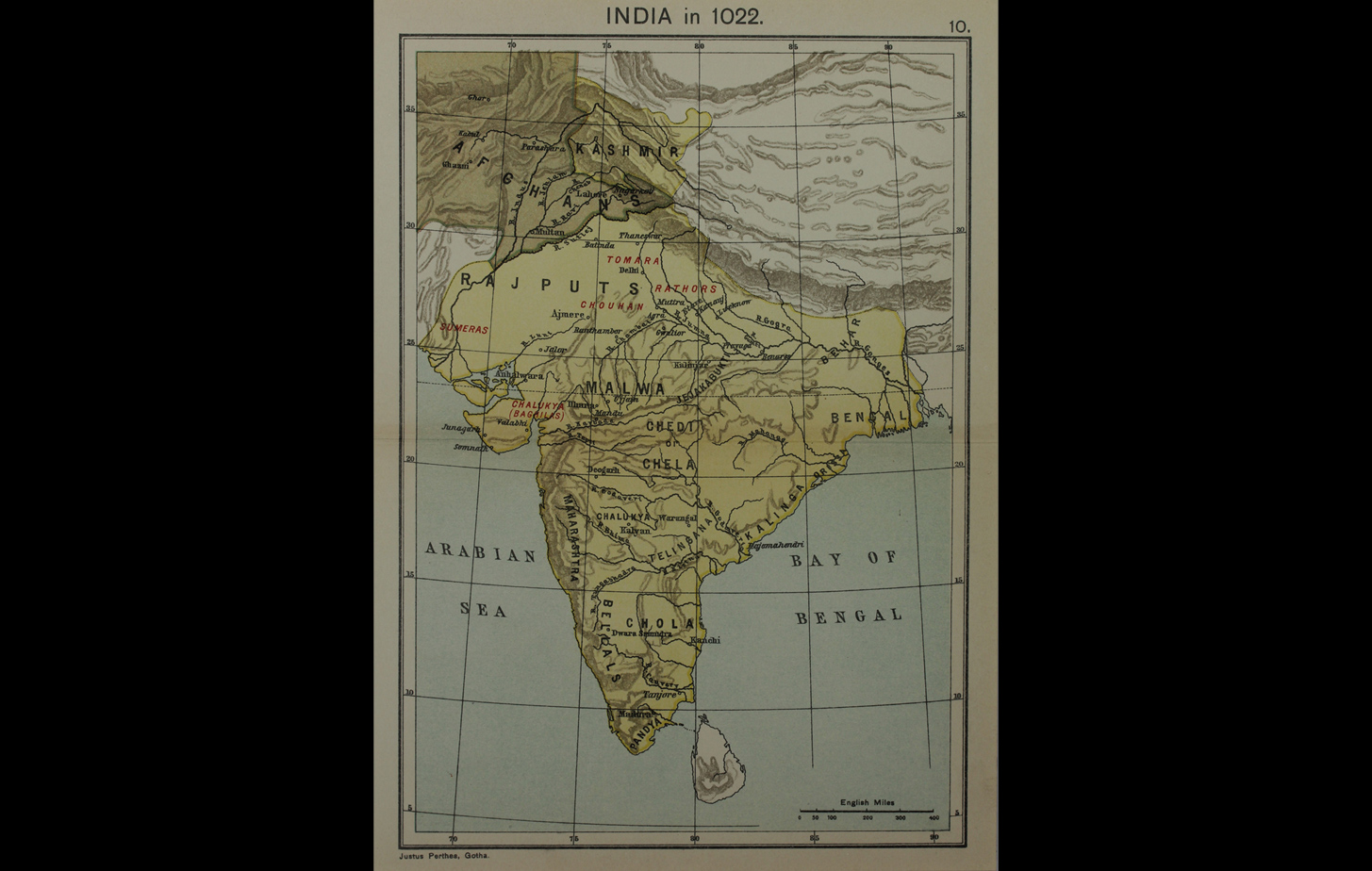 This map depicts geographical features and the distribution of various Hindu dynasties in India in 1022. In the north-west, the Ghaznavid Empire was at its zenith under Sultan Mahmud of Ghazni (971 – 1030), who crossed the river Indus and plundered India seventeen times during the course of his reign.

The map was published in a 1914 atlas by the German firm Justhus Perthes; renowned for its work in cartographic publishing since the early 19th century, the firm is considered one of the pioneers of the hand atlas.